Snappy birthday! Prince Hisahito of Japan is given a photography lesson by proud dad Crown Prince Akishino in portraits released to celebrate the teenager turning 14

The snaps show the teenager with his father, Fumihito, Prince Akishino, 54, in the garden of their Tokyo residence.

As the sun shines over the father and son duo, Prince Akishino can be seen teaching his youngster how to use a camera.

Prince Hisahito is second in the line of succession behind his father after his uncle Emperor Naruhito ascended to the throne in May 2019.

The pictures shared by the royal family show a more relaxed and intimate side of Prince Akishino and Hisahito’s life. 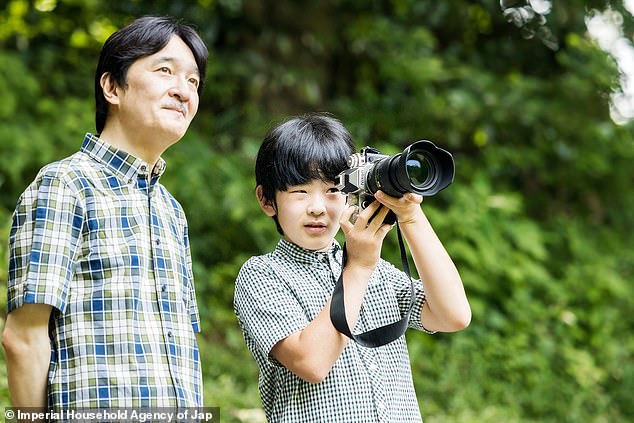 Prince Hisahito of Japan turned 14 this weekend and the Japanese imperial family celebrated by releasing new pictures. The snaps showed the teenager with his father, Fumihito, Prince Akishino, 54, in the garden of their Tokyo residence 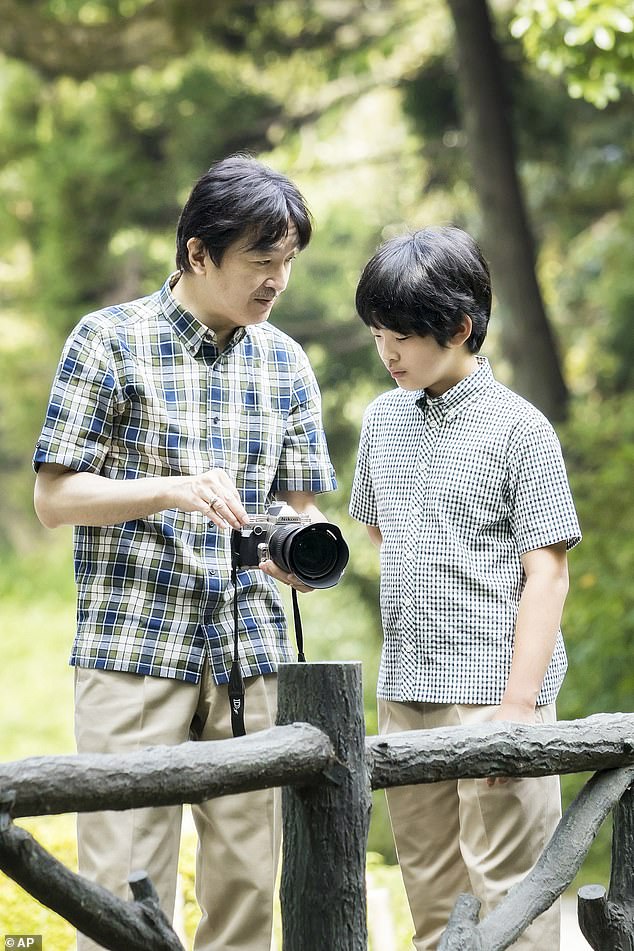 In the sweet pictures, Crown Prince Akishino shows Hisahito how to use his camera in the garden

Both dressed in beige trousers and checked shirts, the Crown Prince and his son can be seen laughing and talking quietly in their garden.

In one picture, Prince Akishino shows the teenager how to adjust the lens on his camera.

In another, the Crown Prince of Japan points to something out of the frame, instructing his son on how to take a photograph of it.

Hisahito, looking focused with one eye closed, then tries to snap the perfect picture, with his doting father looking at his target. 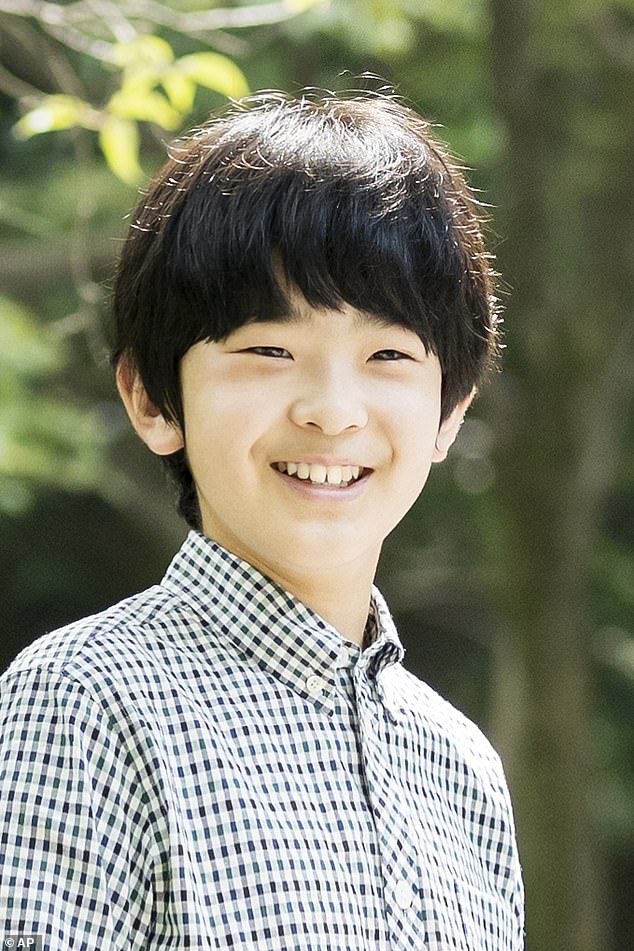 They grow up so fast! Prince Hisahito (pictured) is second in the line of succession behind his father after his uncle Emperor Naruhito ascended to the throne in May 2019 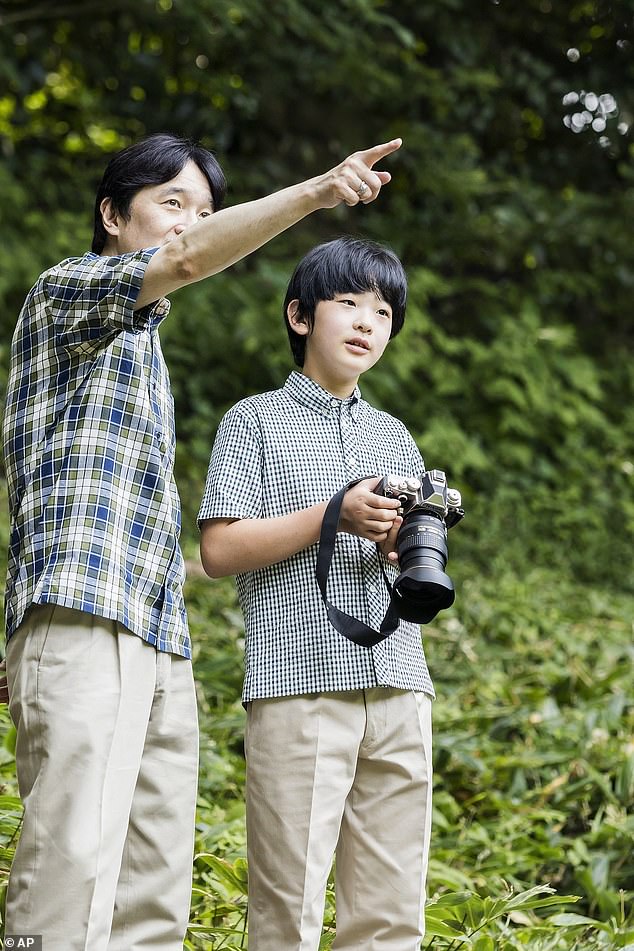 The Crown Prince of Japan points to something out of the frame, instructing his son on how to take a photograph of it

The teenager is likely to one day rule Japan as emperor, being the only male heir of the imperial family apart from his father.

His uncle Naruhito ascended the throne in May 2019 after his father Emperor Akihito abdicated. Nahurito does not have a son, but a daughter, Princess Aiko, who turned 18 in December.

Being the brother of an emperor without a male heir, Prince Akishino became the direct heir to the throne.

The teenage heir is the only member of his family since World War II not to study at the private school of Gakushuin. Instead, his parents decided in 2013 to enroll him at a Tokyo state school attached to the Ochanomizu university.

In 2019, aged 12, the teenager made his high school debut, accompanied by his beaming proud parents. 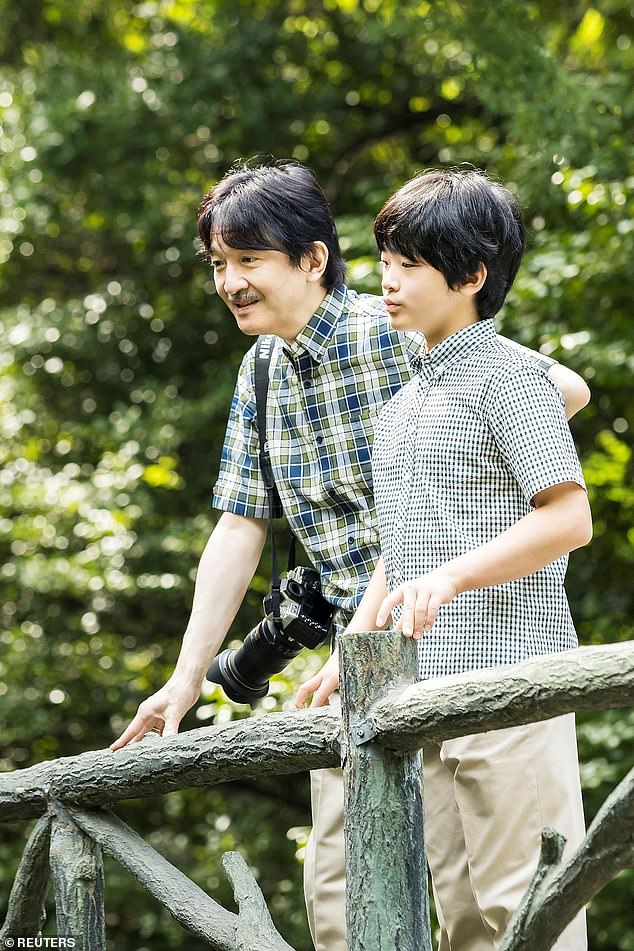 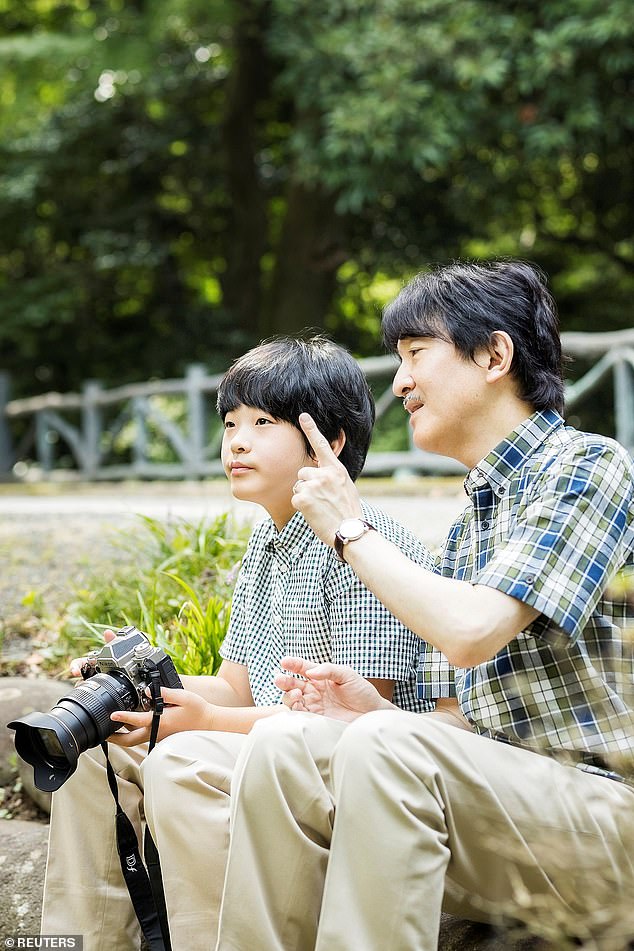 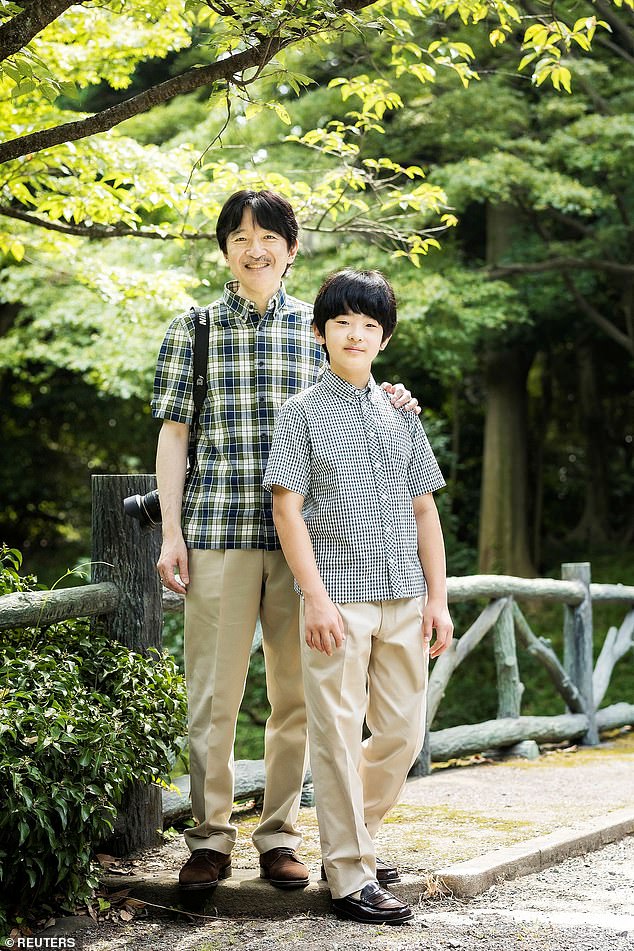