Princess Märtha Louise praises ‘beautiful’ daughter Leah, 15, on her confirmation and says her late father Ari Behn would have been ‘so proud’

Princess Märtha Louise of Norway has praised her teenage daughter in a message celebrating her confirmation and said her late ex-husband Ari Behn would have been ‘so proud’.

The-mother-of-three, 48, shared her congratulations with her daughter Leah, 15, as she had her confirmation, which marks the transition from childhood to adulthood.

In a gushing Instagram post, she called the teenager ‘wonderful’ and ‘talented’, writing: ‘Your dad would have been so proud of you and said that you are the most talented young woman in the world embarking on a journey of great fame and success.’

Author Mr Behn, who was married to Märtha Louise for 15 years and shared three children with the royal, was found dead after taking his own life on Christmas Day. 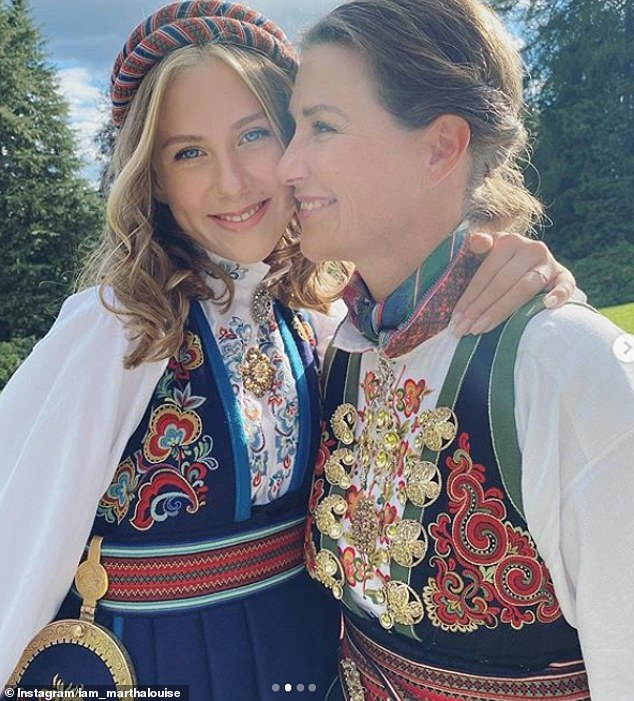 Princess Märtha Louise of Norway, 48, praised her teenager daughter Leah, 15, in a gushing message celebrating her confirmation and said her late ex-husband Ari Behn would have been ‘so proud’ 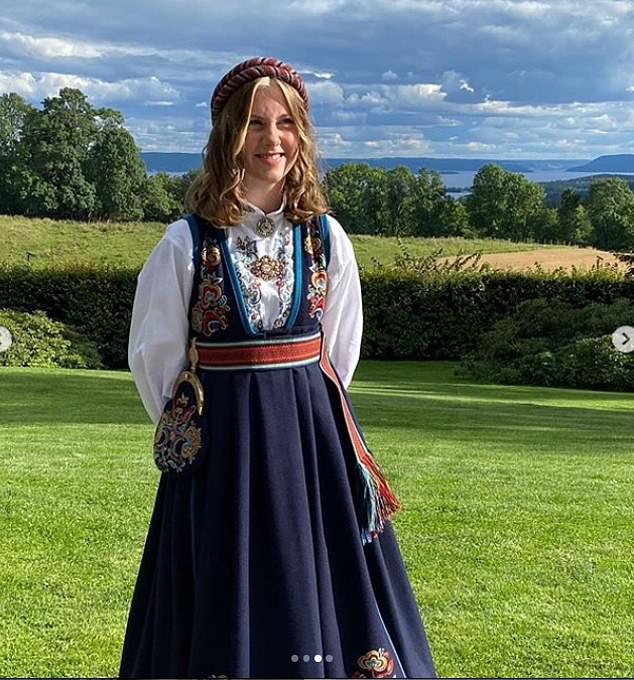 The-mother-of-three, shared her congratulations with her daughter as she had her confirmation, which marks the transition from childhood to adulthood

Märtha Louise is now in a relationship with US-based Shaman Durek Verrett.

Posting photographs of her daughter online, Märtha wrote: ‘My wonderful and talented Leah Isadora had her confirmation yesterday.

‘You looked so beautiful in your new “bunad”. I am so proud of you, my darling.’

She continued:’You dare to follow your dreams and follow your intuition, you have inherited your artistic touch coming to light through from your dad, grandparents and great grandparents on both sides.’ 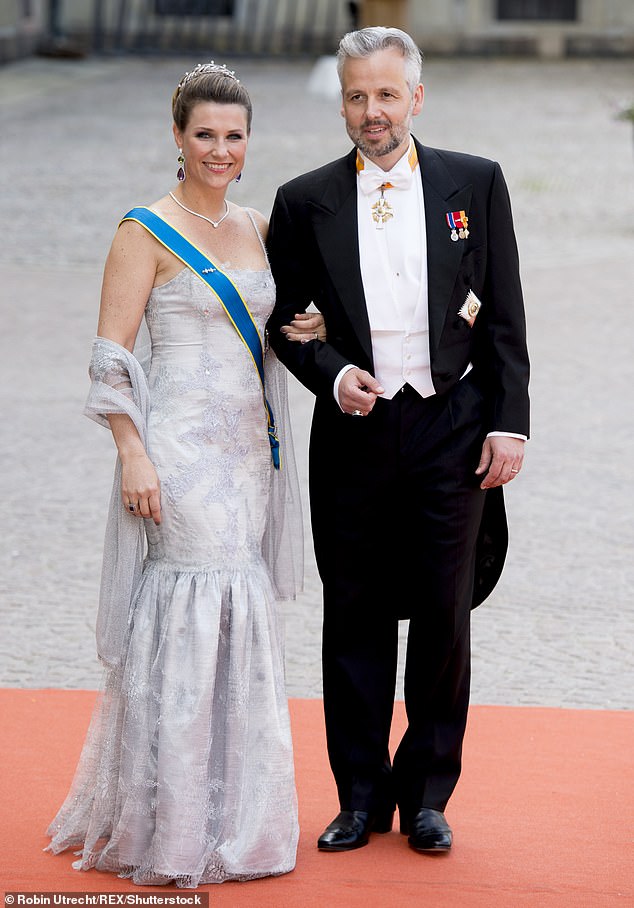 Princess Märtha Louise said her late ex-husband Ari Behn, who took his own life on Christmas Day, would ‘have been so proud’ of his daughter

‘I love how loving and true you are with your emotions, I love your humor and your cheekiness, I love everything about you.’

She added: ‘You are made for sharing your esthetic talent with the world. And with you in it, the world is just that bit more beautiful.

‘Congratulations on your Confirmation, darling. I love you with all my heart.’

The post was accompanied by a slideshow of images of Leah wearing the ‘bunad’ which is the Norweigian term referring to the traditional rural clothes and folk costumes. 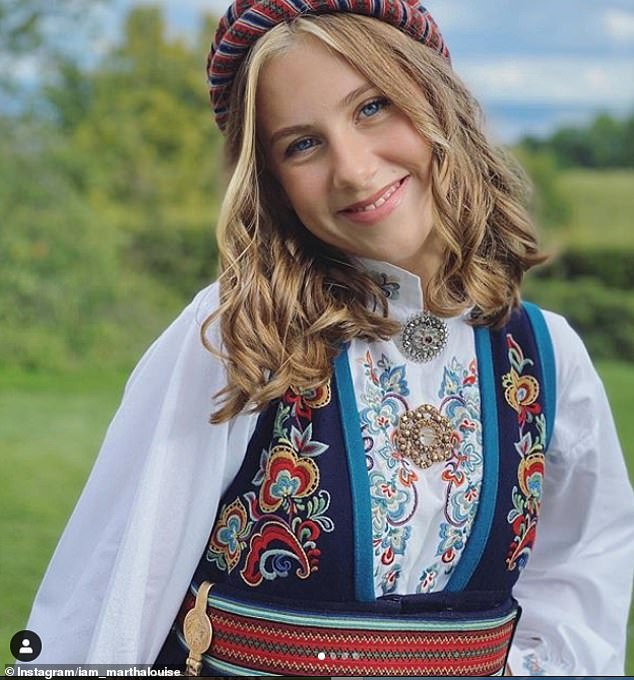 The mother-of-three said her teenage daughter looked ‘so beautiful’ in her bunad, which is traditionally worn for a Norwegian confirmation

What is a Norwegian confirmation?

The Norwegian confirmation marks the transition from childhood to adulthood and is often one of the most important days in a Norwegians life.

In Norway a Christian confirmation was required by law between 1736 and up until 1912 in order to gain the rights of adulthood.

You could not enter the military service, get married, be a godparent or testify in court without a confirmation certificate.

And if you had not signed up for confirmation by the age of 19 years, you could be punished with prison.

It is now voluntary and takes place the  year teenagers turn 15-years-old.

The ritual, which is an official confirmation of baptismal grace, is conducted by a vicar who will say a prayer for the candidate and give their blessing.

Preparations starts at least a year in advance and include registering the confirmation with a church, the booking of a venue, deciding on catering and  buying a ‘bunad’ the Norwegian traditional costume.

The bunad is traditionally a gift for the confirmation and is usually worn at the event.

It can take between 1-2 years to make by professional bunad seamstresses.

It comes after Princess Märtha Louise shared photographs online as she and her daughters ‘took the knee’ to show their support for the Black Lives Matter movement.

In June, the mother-of-three posted a self portrait on her Instagram page, as she took part in a ‘virtual protest’ while holding a sign reading: ‘I commit to learn, listen and take action.’

She went on to share three other images of her daughter Leah as well as Maud Angelica, 17, and Emma Tallulah, 13, performing the action and holding protest signs reading: ‘Black lives matter.’

Alongside the images, she wrote: ‘Although we can’t be at the protest in Oslo today because of the coronavirus,  we still support all of you risking your lives every day out in the world for change. 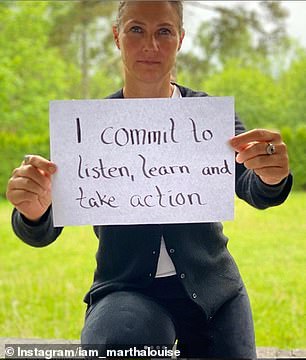 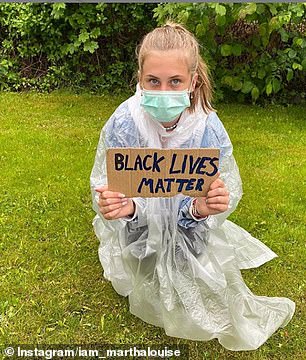