PARIS SAINT-GERMAIN supporters chanted and lit flares as they marched together to watch their side's Champions League final.

A big screen at the club's Parc des Princes home will display the game, which is being played behind closed doors in Lisbon. 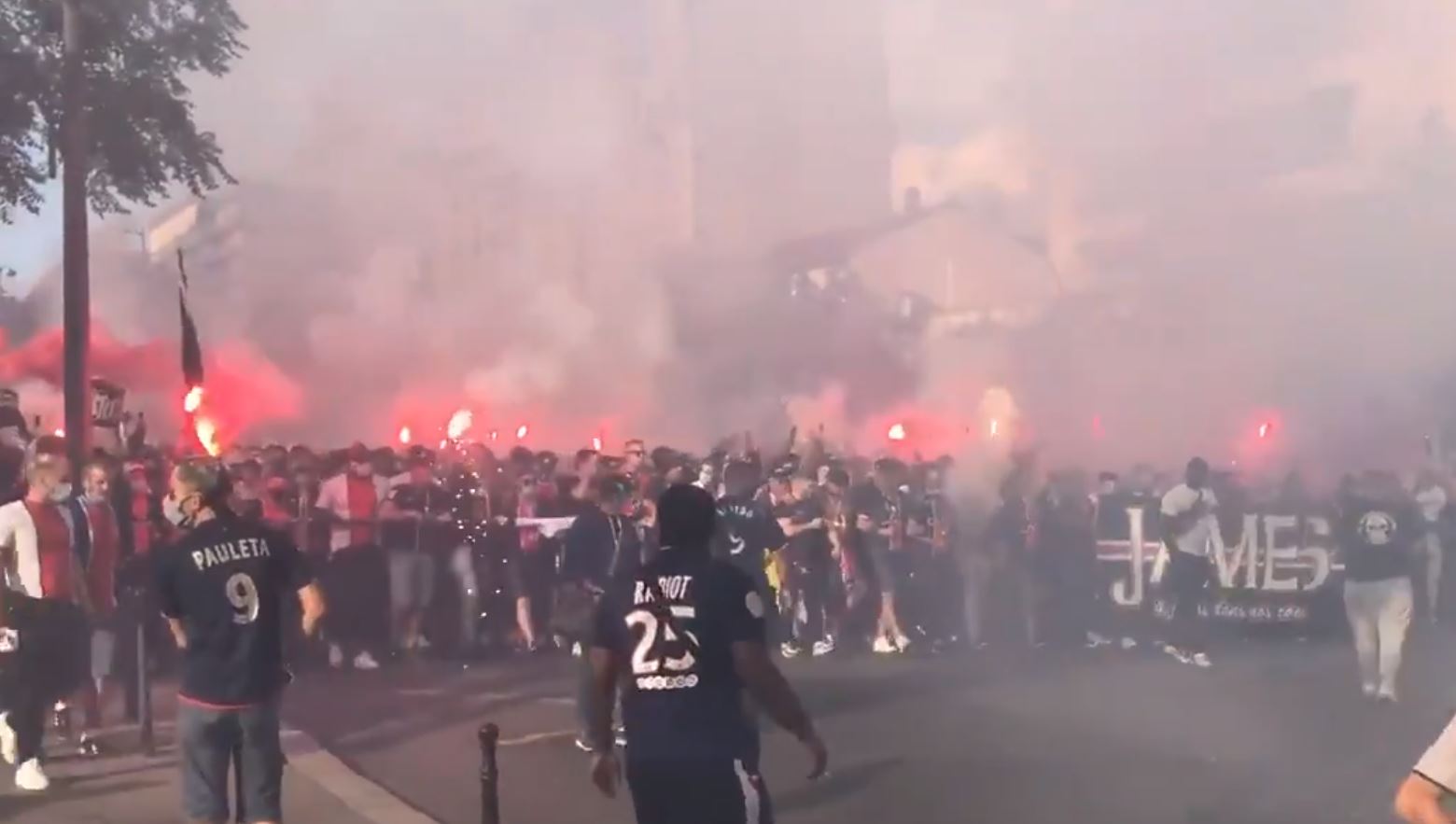 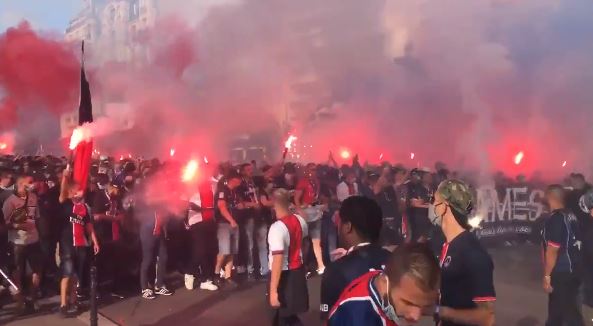 The Bayern Munich clash can officially only be watched by 5,000 people outside the French capital club's stadium due to coronavirus restrictions.

In recent weeks, the country has suffered a second wave of Covid-19 infections with cases rocketing up by their thousands last week.

And yet a huge swathe of ultras were seen gathering outside of the ground ahead of kick-off on Sunday night.

Fans are being ordered to wear facemasks, which far from all appeared to be doing in the clip from Yahoo.

A large police operation is in place to protect the city from any disturbances following disorder in PSG's knockout wins so far.

Around 3,000 police officers will be stationed by the Parc des Princes and Champs-Elysees to oversee the fixture.

France's Interior Minister Gerald Darmanin said: "Police will be deployed to the Champs-Elysees and the area around PSG's Parc des Princes stadium on Sunday night, when PSG meet German champions Bayern in Lisbon.

"They will hand out face masks to anyone not wearing one. 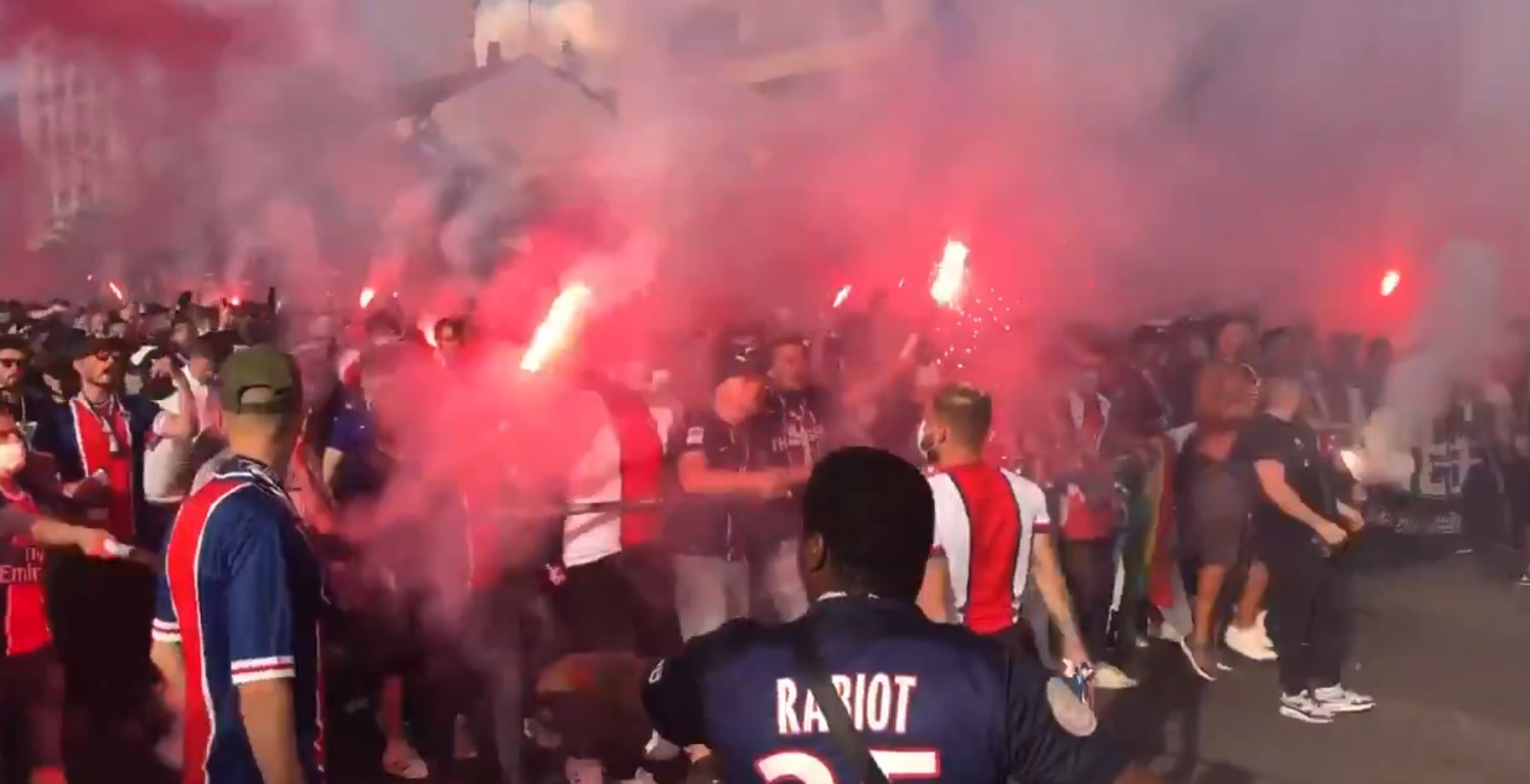 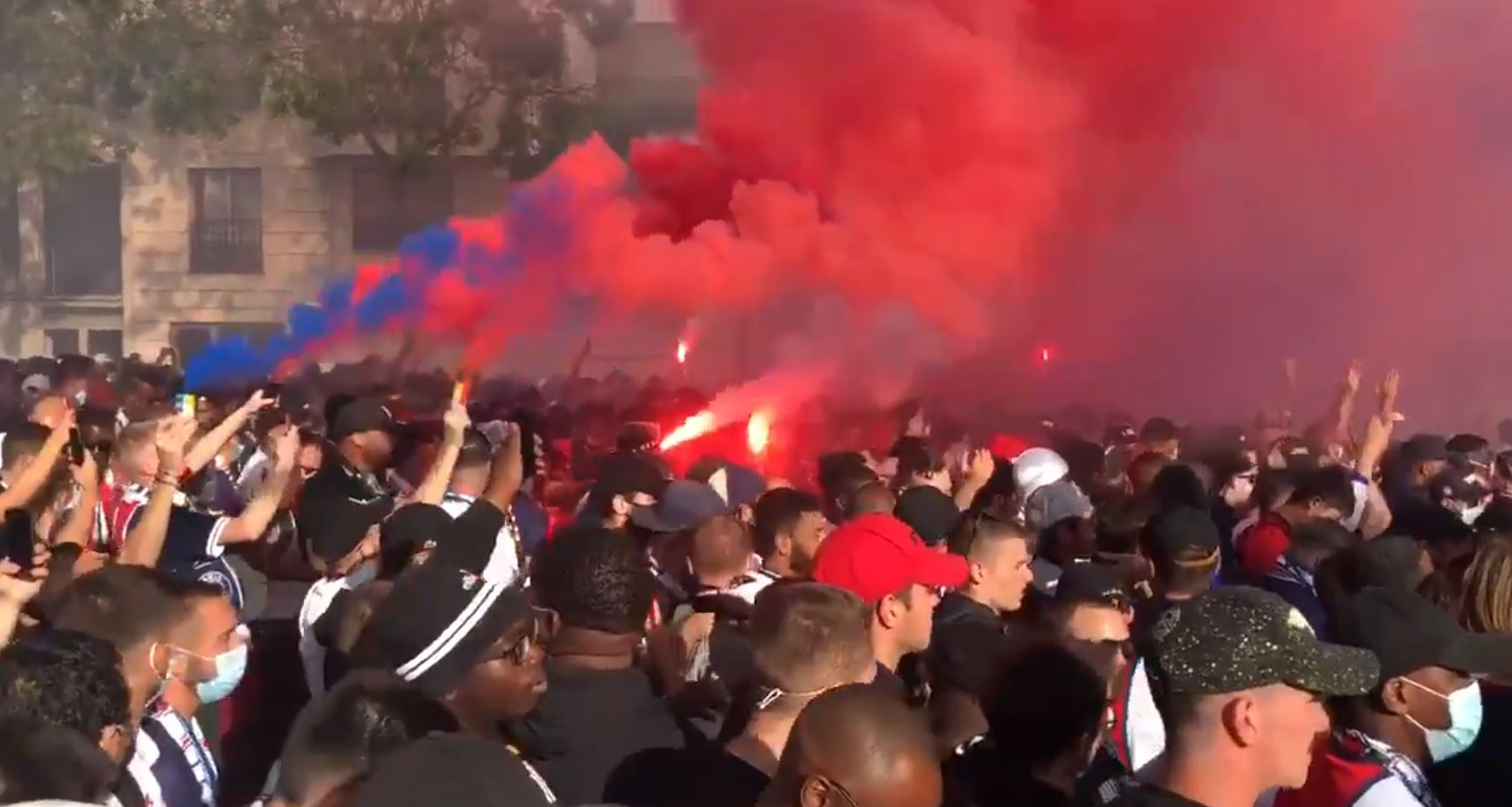 "I'm calling on everyone to act responsibly to ensure [the game] can be an expression of joy and not a source of problems for Parisians."

PSG are playing in their first-ever Champions League final and are widely considered the underdogs against Bundesliga champions Bayern.

The squad infamously came outside to celebrate with fans unable to attend their last-16 win over Borussia Dortmund in March.

And their successes over Atalanta and RB Leipzig earlier this month were both met with wild scenes of jubilation in Paris.