ONE confident punter has bet a whopping £30,000 on underdog Marlon Vera to beat Sean O'Malley at UFC 252.

Ecuadorian Vera is a 9/4 outsider to conquer unbeaten American 'Sugar' in Las Vegas.

But one bettor in American seems to know something the rest of the world doesn't as he placed the lumpy wager on Saturday night. 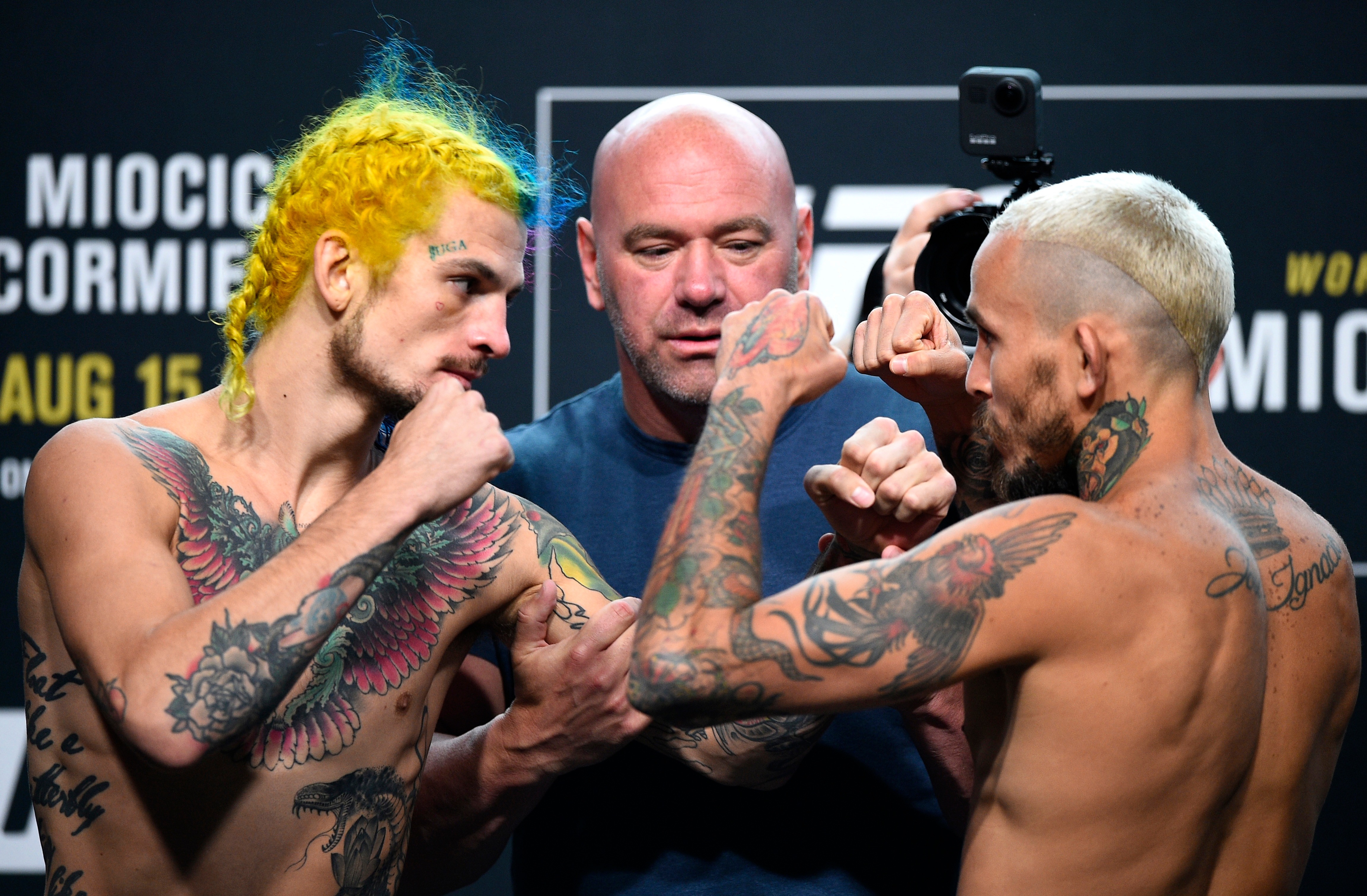 According to social media reports across the pond, the plucky punter could stand to win as much as £150k should 15-6-1 Vera upset the odds.

Rising star O'Malley is 4/11 to win the bantamweight co-main event, and is so confident of victory he has died his hair the colours of the Ecuadorian flag.

Speaking in the build-up to the fight, he explained: "I'm just showing my Ecuadorian fans some love.

"Every fight I like to do a little something different and have fun. The fans love it, the media love it, it's something to talk about."

"I'm knocking people out, I've got colourful hair and I'm talking a lot of smack so that's how it goes. The more that talk the better."

At least Vera is confident he can pull off the shock win.

The 27-year-old insists he is going to "baptise" his upstart opponent, and intends to make him quit.

Speaking to BJPENN.com, he said: “I don’t think I need to take this guy down to win. I’m prepared. This fight will be great and has a lot of hype behind him.”

“I think I am just going to make him quit, that is what I do.

"My cardio is great and my jiu-jitsu is good. If he takes me down he will be in trouble.

"I’m going to get it done. Just baptize him like Gamebred does and put them out. That is what I am thinking like.”