Zendaya turned 24 years old on Sept. 1 and received a sweet shout-out from her Dune co-star Timothée Chalamet. Scroll on to read his message. 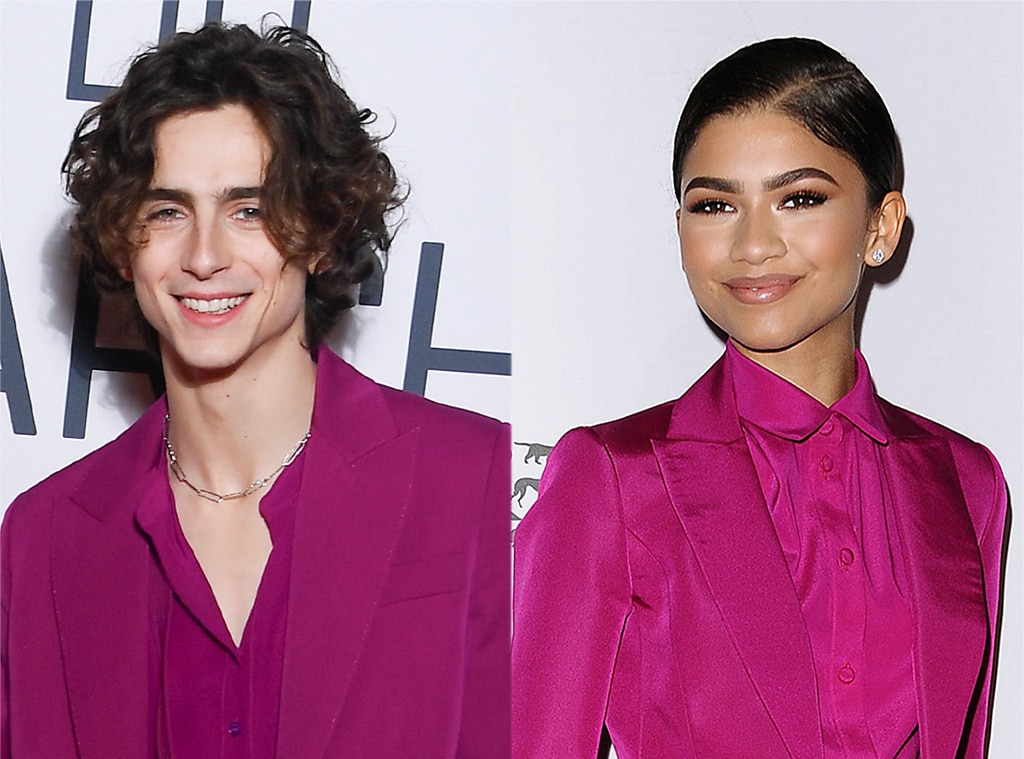 The 24-year-old actor proved he's a true pal by sending a very special message to Zendaya in honor of her 24th birthday.

"Happy birthday to one of the most inspiring people I've met on my short journey," the Oscar-nominated star tweeted. "Someone with the strongest ethical character, and a moral compass that is in harmony with a totally fearless creative abandon. Happy birthday @Zendaya, hope your day is beautiful, friend.."

The sweet note should come as no surprise to their fans. As noted, the two are friends. But if you think they only hang out on red carpets or at fancy parties, think again. Earlier this year, for instance, a fan spotted the duo shopping at Bed, Bath & Beyond in New York.

In addition to being pals, the Call Me by Your Name celeb and the Euphoria actress are co-stars. They're set to appear in the movie Dune later this year.

"Dune was incredible," Zendaya told InStyle last month. "I wasn't in it very much, so when I was watching the trailer, I was like, 'Oh my gosh!' I called Timothée and said, 'Dude! You should be proud.' It is a big deal to even be a small part of something with such a massive cast. And I love sci-fi stuff too. It's fun to escape into another world."

Brandy vs. Monica: The Verzuz Battle That Broke The Internet

Ed Sheeran and Cherry Seaborn Welcome a Baby Girl: Find Out Her Name

Of course, Timothée wasn't the only one to wish Zendaya a happy birthday.