The team of scientists studied fossils that had been stored in the Smithsonian National Museum of Natural History for decades. In a lucky find, the team identified an ancient species of plant that “is not like anything living today”, according to Stanford Earth.

The research focusses primarily on plant reproduction. At present, flowers, pinecones and acorns are all examples of how plants reproduce.

And wind, rain, insects and animals are all ways in which plant seeds are spread around.

Great Big Lockdown Survey: Tell us what life’s like for you by answering THESE questions

But the new research, published in Current Biology yesterday, aims to provide insight into how these systems of reproduction evolved over time.

From around 30 small rock fragments, which had originally been excavated from the Campbellton Formation of New Brunswick in Canada, the team identified over 80 reproductive structures. 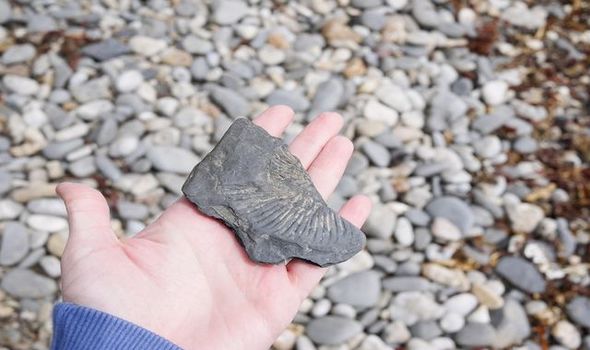 These structures contained spores, which are used in the reproductive cycle of plants.

They’re tiny – between 70 and 200 microns across, or a strand to two strands of hair.

This difference in sizes between spores in different structures is what has gotten the researchers excited.

Andrew Leslie, the study’s senior author, explained: “It’s rare to get this many sporangia with well-preserved spores that you can measure,” he said.

Some of the structures contained only large or small spores, while others held only medium-sized ones and others held a range of sizes. 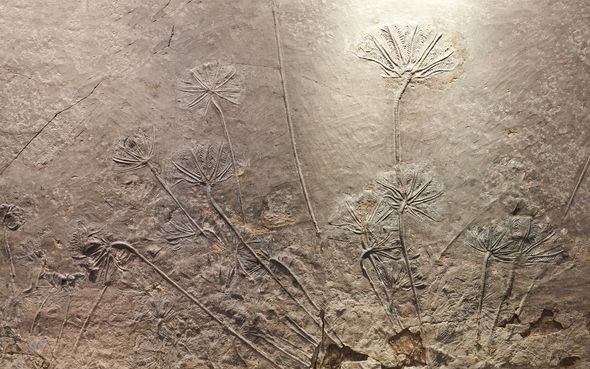 As such, the fossil is seen as one of the best examples of “a seemingly intermediate stage of plant reproductive biology”.

Leslie explained that in past studies of fossil records, researchers tend to see heterosporous plants “pop into existence”.

But the recent find provides a very rare snapshot to a point in history where there is a “high variation amongst spores in the reproductive structure.”

The fossil also represents a fairly major expansion in the evolutionary timeline of reproductive biology in land plants. 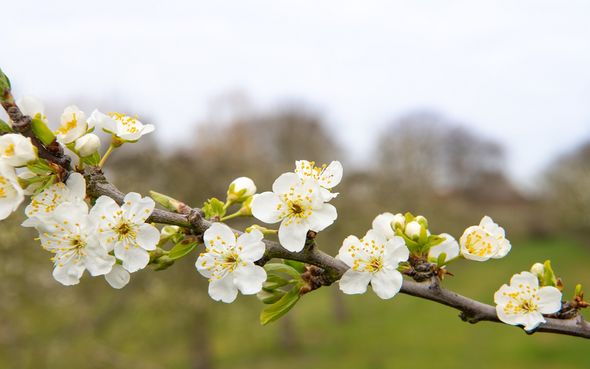 Indeed, it is the first evidence of such. Stanford Earth notes that the next example doesn’t show up in the fossil record for another 20 million years.

Leslie continued: “The overarching story in land plant reproduction is one of increased division of labour and specialisation and complexity, but that has to begin somewhere – and it began with simply producing small spores and big spores.

“With these kinds of fossils, we can identify some ways the plants were able to do that.”

It is thought that the fossilised specimen of interest probably belongs to an extinct group of plants known as the herbaceous barinophytes, which may be related to clubmosses. 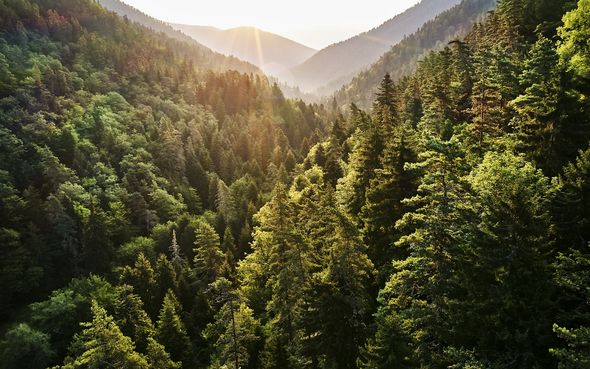 The fossilised species is from the early Devonian period – a time period which saw diversification of plant life from small mosses to huge forests.

The Devonian period is also known as the “Age of the Fishes”, despite the importance of the period for plant life as well.

Livescience reports that Ray-finned fish in this era were the ancestors of most modern fish.

In addition, some marine life, such as sharks and rays, were common towards the end of the Devonian period.