The “Ring of Fire” solar eclipse stunned skywatchers around the world Thursday morning.

In a cloudy New York City, the partial eclipse peeked from behind gray, puffy clouds as residents commuted to work.

Images from social media showed the eclipse behind bridges, illuminating red dawn skies and as a backdrop to iconic landmarks. 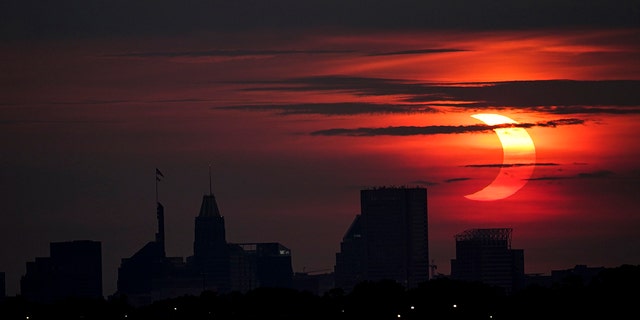 Elsewhere across the Northern Hemisphere, the annular eclipse could be seen fully as the moon passed between the Earth and the sun, partially obscuring the star from view and leaving its outer ring exposed.

While the annular “ring of fire” eclipse was visible to residents of certain parts of Canada, Greenland and northern Russia, much of the Great White North, parts of the Caribbean, Europe, Asia, northern Africa, the eastern U.S. and northern Alaska were able to see the partial eclipse. 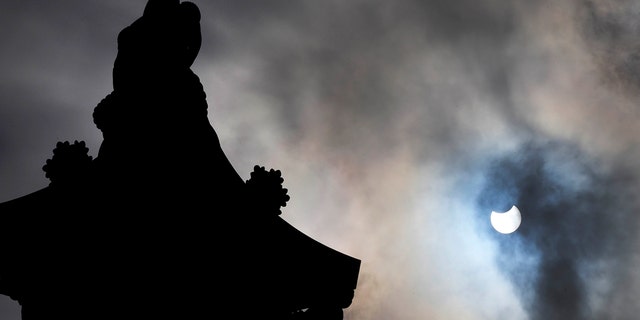 It appeared as if the moon had taken a “bite” of the sun: obscuring just a portion of the hot ball of glowing gases.

U.S. viewers looked to the eastern horizon to observe the eclipse, and NASA cautioned that the use of special eclipse glasses would be necessary to avoid the threat of blindness. 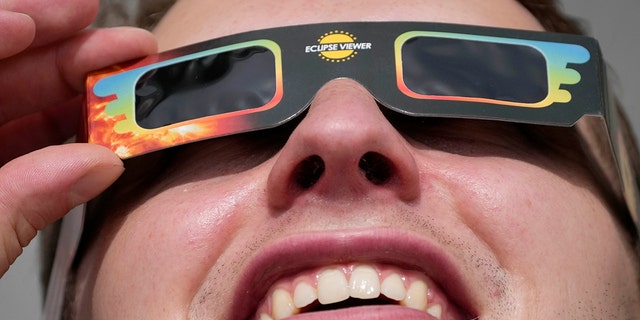 The first solar eclipse of 2021, the event was anticipated to last for around an hour and 40 minutes, according to EarthSky. 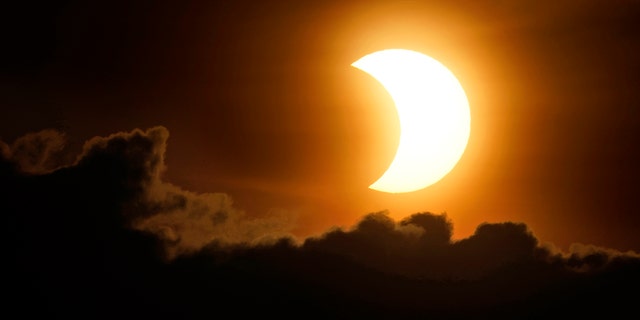 The sun is partially eclipsed as it rises over lower Manhattan in New York, Thursday, June 10, 2021. (AP Photo/Seth Wenig)

The next and final solar eclipse of the year will take place on Dec. 4, with totality only visible from Antarctica and southern Africa.