It was 40 years ago today that The Beatles drummer Ringo Starr married his second wife, James Bond girl Barbara Bach. Celebrating their Ruby wedding anniversary, the 80-year-old music legend shared a photo from the big day in 1981 with the happy couple by their wedding cake. But also of note in the special snap are Paul McCartney and George Harrison with their wives Linda and Olivia.

Sir Ringo captioned the wedding photo: “It was 40 years ago today The love of my life said yes yes yes. And I said it right back peace and love.”

Of course, the wedding took place just over 4 months after John Lennon’s murder, so sadly The Beatles couldn’t be fully reunited.

Nevertheless, the John Lennon estate commented on the picture with three love heart emojis on his behalf.

While George’s widow Olivia Harrison commented: “What a day that was.” 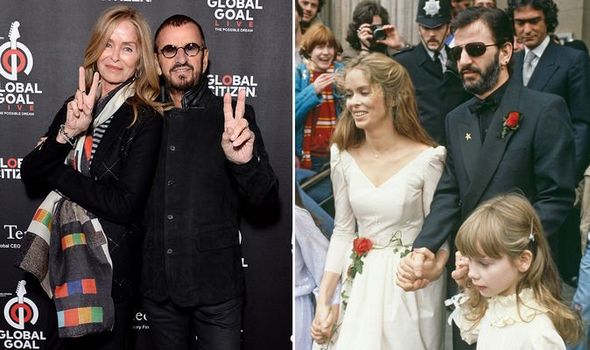 Olivia continued: “I’m stunned by the passing years and each day of the love you have shared not only with each other but with the world around you.

“I love you both dearly. Happy Anniversary dear Rich and Barb.”

Posting the snap on her own account, she wrote: “Barbara and Ringo. Where did forty years go?

“Happy Anniversary. What a life! What a day that was and is.” 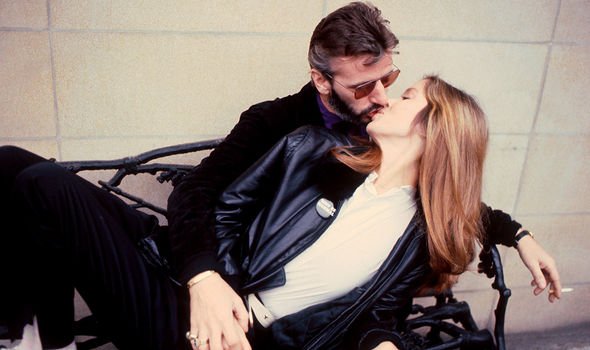 Tragically cancer took her husband George in 2001 and Paul’s wife Linda in 1998.

Ringo met his wife Barbara in 1980 on the set of slapstick prehistoric comedy Caveman, in which they both starred.

Barbara was best known for playing Bond girl Anya Amasova opposite Sir Roger Moore in 1977’s The Spy Who Loved Me; often considered one of the best 007 movies by fans.

The couple were married a year on from shooting Caveman on April 27, 1981 at Marylebone Register Office in London.

The early 1980s saw a tough time for Ringo’s solo career, with The Beatles drummer finding himself without a record label for the first time in 1982.

So during the early years of their marriage, he and Barbara would indulge in their luxurious Hollywood lifestyle.

In the forward of former Beatles press officer Derek Taylor’s book Getting Sober…and Loving it, they wrote: “We used to go on long plane journeys, rent huge villas, stock up the bars, hide and get deranged.”

In 1988, having struggled with alcoholism and heavy drug use, the couple checked themselves into rehab after a terrifying moment.

The couple have been clean and sober ever since and are vegetarians to this day.

As their 35th wedding anniversary approached, Bach told People: “I love the man, and that’s it.”

Sir Ringo added: “There’s no escape … I think I love Barbara as much [today] as I did [when we met]. And I’m beyond blessed that she loves me and we’re still together.”