About 100 Orthodox Jews from New York making their way to Europe for a religious pilgrimage said they were banned from a flight in Germany because just a few were not wearing masks.

"Due to operational reasons coming from the flight from New York, for all passengers here we have to cancel you on this flight," Lufthansa agents reportedly told the Jewish passengers, according to Jewish news outlet Hamodia.

Roughly 100 Orthodox Jews departed from JFK in New York City on May 3 to Frankfurt, Germany, for a layover before heading to Hungary for a pilgrimage. Several different groups of Jews making their way to Europe were on the flight, according to Mamodia.

TRAVELERS REACT TO END OF THE AIRLINE MASK MANDATE WITH JOY, APPLAUSE

Masks are not required on U.S. flights, but Germany still has a law on the books mandating masks for travel. When the passengers from the New York City flight tried to board a flight to Budapest from Frankfurt, they were all denied permission to board, according to the passengers. 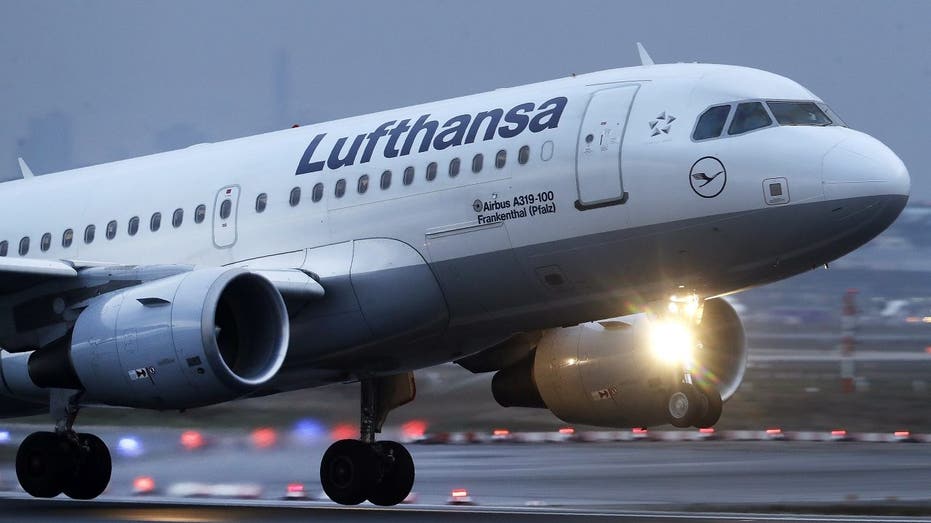 A Lufthansa aircraft starts at the airport in Frankfurt, Germany, Saturday, March 7, 2020. Germany’s biggest airline, Lufthansa, said it would cut up to 50% of its flights in the next few weeks, depending on how the virus outbreak develops. It said i (ASSOCIATED PRESS  / AP Images)

Some of the passengers who were masked reportedly objected to the decision but to no avail, according to witnesses.

"They explicitly said that nobody who is dressed alike on that [JFK] plane is going to board the Lufthansa plane to Budapest," a group member, Nachman Kahana, told Hamodia.

Kahana said that "one or two people" did not wear masks on the flight to Germany, and noted there had also been an issue with "one of the stewards." Other witnesses, including a police officer, also reported that there were only two passengers who did not wear masks, Hamodia reported.

SOME AIRLINES LETTING PASSENGERS BANNED FOR MASK VIOLATIONS BACK ONBOARD

A video on social media showed a man questioning a Lufthansa agent about the decision and noted that he was not with the group, but that all Jews were denied boarding for the next leg of their trip.

"Is this a Lufthansa decision that all Jewish people on that flight, we can’t go on any other flight today?" the man asked in the video. "Because this is 2022, and this is a Western country. So this is to go to upper management because this is an [anti-Semitic act]."

Fox News Digital reached out to Lufthansa on the matter but did not immediately receive a response Tuesday morning. The Germany-based airline did provide comment to Jewish outlet Hamodia and denied any claims of antisemitism. 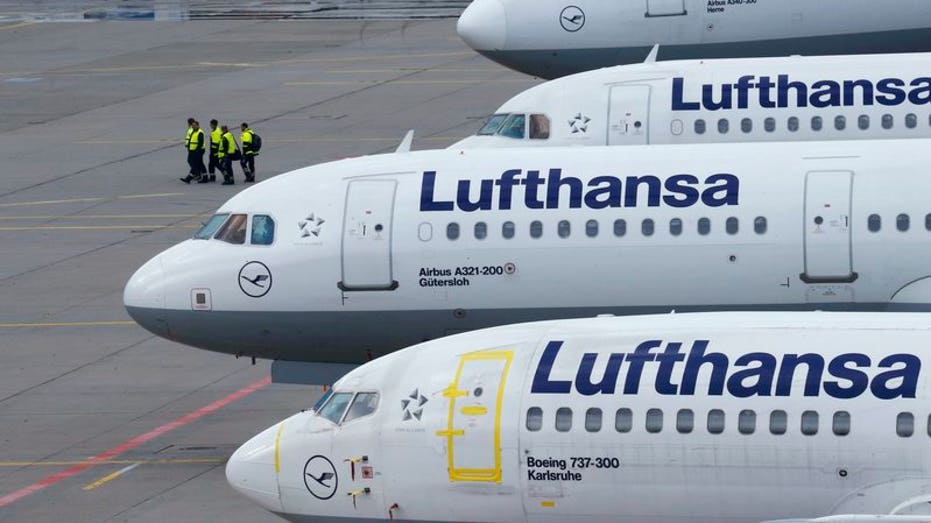 "We confirm that a larger group of passengers could not be carried today on Lufthansa flight LH1334 from Frankfurt to Budapest, because the travelers refused to wear the legally mandated mask on board," the statement said.

"We find the claim of anti-Semitism unwarranted and without merit," the company said.

The groups ultimately were able to make it to Budapest after booking other flights, the New York Post reported.