Melting permafrost may have caused the spill of about 20,000 tons of diesel in northern Siberia that turned rivers deep red last week, an ominous sign as the Earth warms.

The disaster happened on May 29 at a power plant in the remote Russian industrial city of Norilsk, about 200 miles north of the Arctic Circle. A collapsed fuel tank began spilling diesel into nearby rivers and a reservoir, ABC News reported. Two rivers, the Ambarnaya and Daldykan, turned shades of red.

Norilsk Nickel, the mining conglomerate that owns the plant, said melting permafrost ― in the wake of Russia’s warmest winter since temperatures have been recorded ― may have been to blame: The thaw made the ground unstable beneath the diesel storage tank.

“What we can suggest is that as a result of the abnormally mild temperatures, a melting of the permafrost could have happened that led to the partial subsiding of the support on which the tank sits,” according to a company statement reported by ABC. 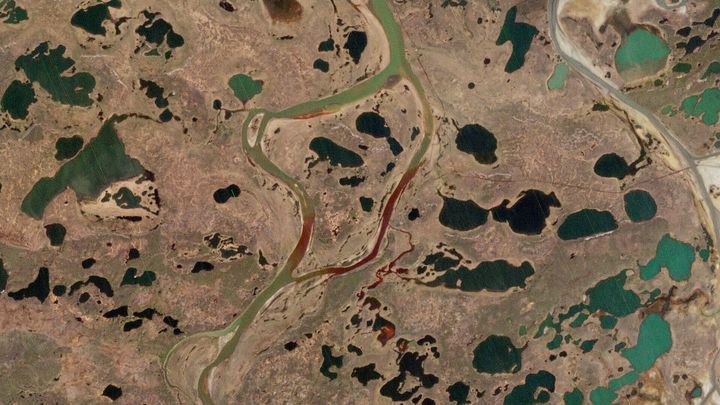 Permafrost is ground that has been continuously frozen for at least two years, and much permafrost has been frozen for tens or hundreds of thousands of years.

“Entire cities and roads were built on permafrost,” Guido Grosse, a permafrost expert at Germany’s Alfred Wegener Institute, told Bloomberg Green. “When permafrost thaws, the ice deep in the ground that has been there for thousands of years melts, and you lose stability. That has an impact on infrastructure.”

Arctic permafrost has been melting at an alarming rate in recent years, threatening human communities, wildlife and potentially releasing millions of tons of additional carbon into the air as it thaws.

Russian President Vladimir Putin ordered a state of emergency to clean up the spill this week and criticized Norilsk Nickel, saying it did not alert government officials about what happened soon enough.

“Why did government agencies only find out about this two days after the fact?” Putin said in a video conference, as widely translated. “Are we going to learn about emergency situations from social media?” 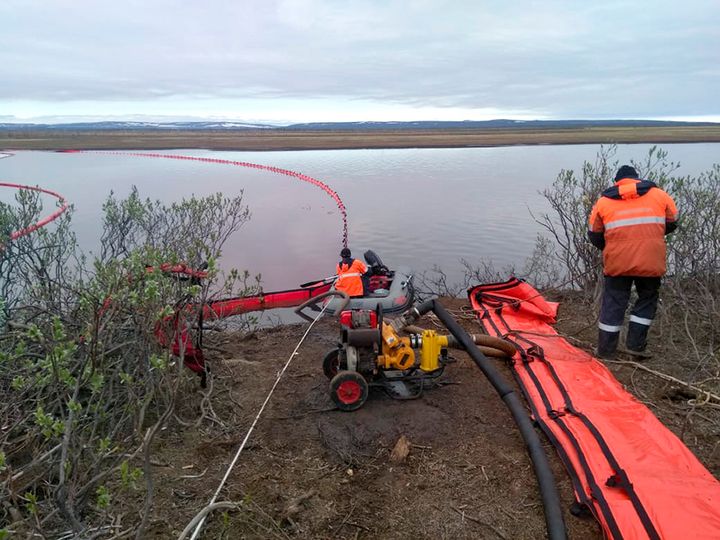 Vyacheslav Starostin, the power plant’s manager, has been detained in a criminal investigation.

The region “will be seeing the repercussions for years to come,” Sergey Verkhovets of WWF Russia said in a statement translated by The New York Times. “We are talking about dead fish, polluted plumage of birds and poisoned animals.”

A full cleanup could take five to 10 years.

Norilsk Nickel was also responsible for turning the Daldykan blood red, apparently from pollution, in 2016, and the sulfur dioxide the plant emits has resulted in a “dead zone” around it that’s twice the size of Rhode Island.