THIS is the moment Scotland fans erupted in celebration as they watched their team win on penalties from OUTSIDE a Glasgow pub – after the 10pm coronavirus curfew.

Nico's in the city centre posted a clip of the supporters outside their doors as the national team knocked out Israel at Hampden. 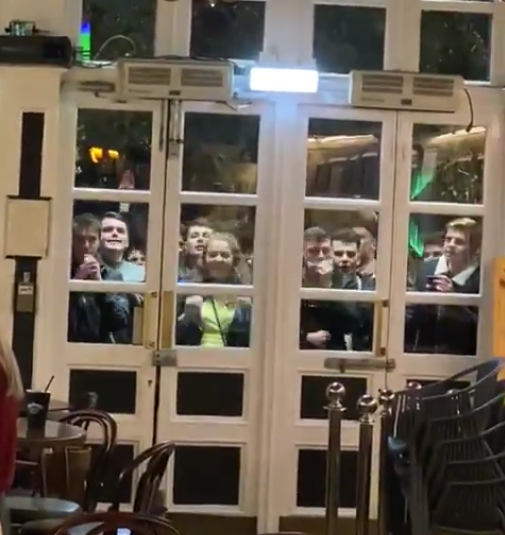 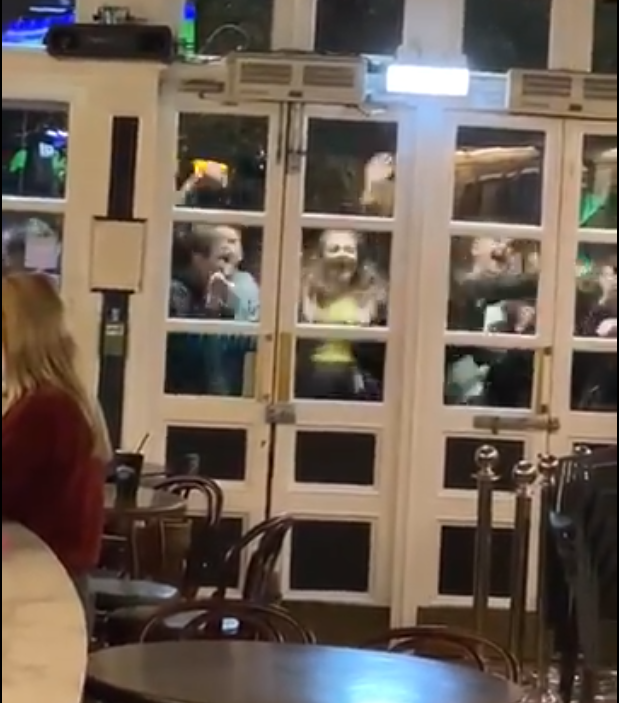 Fans can be heard singing Flower of Scotland seconds before Kenny McLean netted the winner, sending them jumping and screaming in celebration.

Punters can't stay in pubs after 10pm in England, Scotland and Wales.

But the crucial game didn't finish until after last orders had been long called.

So fans were turfed out – but they gathered outside Nico's Cafe Bar to watch the end of the match on screens in the boozer.

The pub shared the clip on Twitter earlier this morning showing the large group on the other side of their doors.

They said: "When the pubs close at 10 but there’s a penalty shoot out…"

The video has proven popular online, racking up thousands of views. 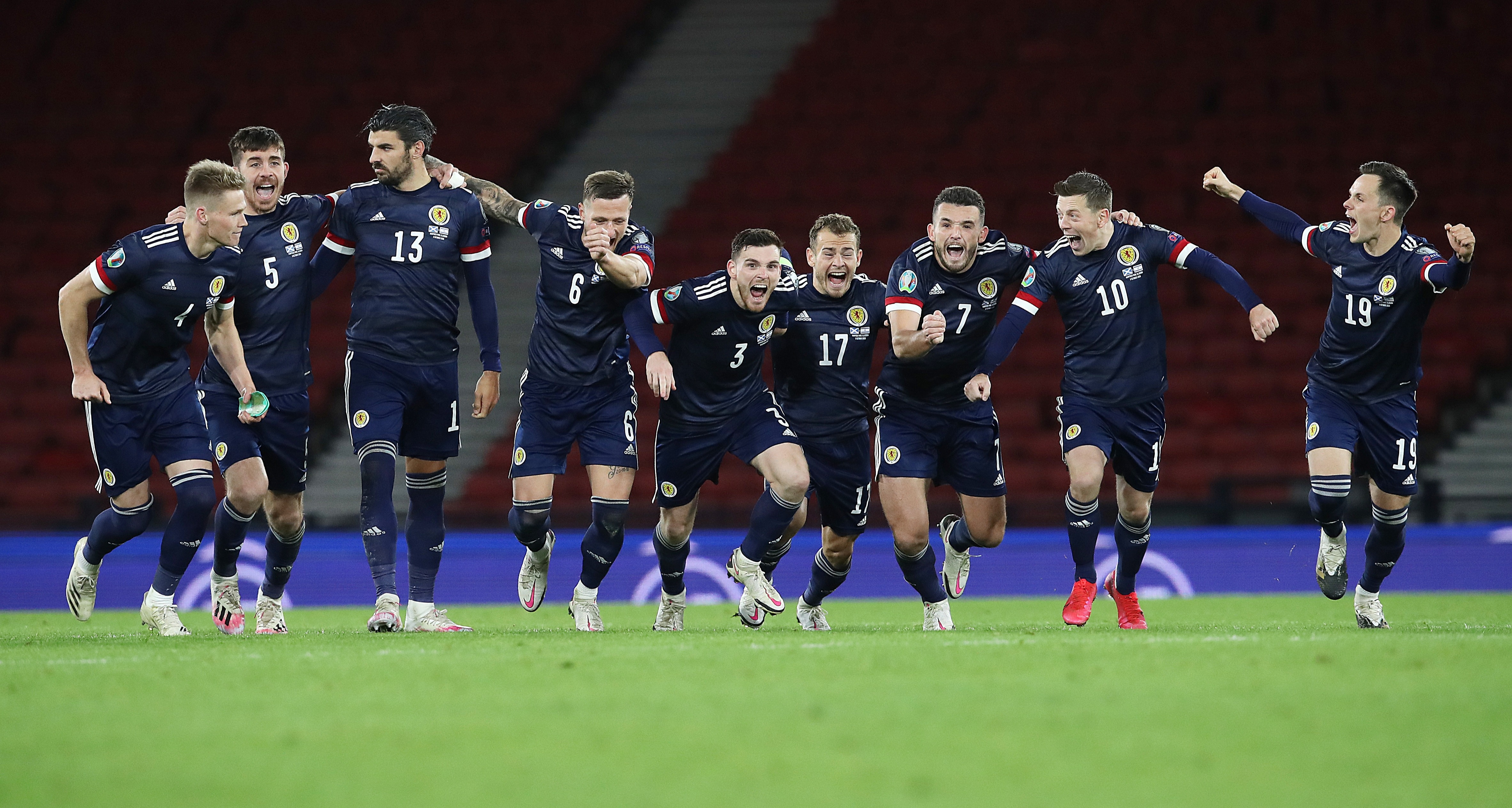 Steve Clarke's men won the late night drama after extra time and spot kicks to clinch their place in a final showdown with Serbia next month.

Graham Wilson, 39, of Kirkintilloch, told The Scottish Sun: "What a way to miss a great win, we played rubbish but it would have been nice to see it happen.

"First we're locked out of Hampden and then out of the pub, we can't win."