Two fishermen have disappeared in a tinny off Flinders on the Mornington Peninsula.

The men, aged 20 and 33, set out from the Flinders boat ramp sometime before 6am on Sunday to fish in Western Port Bay.

A friend raised the alarm shortly before 9pm on Sunday after he couldn't get in touch with the pair.

Flinders dropped down to 9.5 degrees overnight after 6.4 millimetres of rain fell on Sunday. 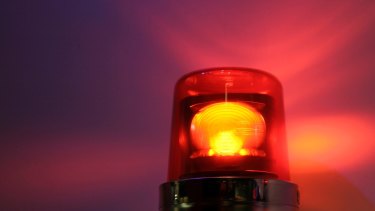 A friend raised the alarm about 9pm on Sunday after trying to get in touch with the men.Credit:Fairfax Media

Police have been told the men often fished off the coast, west of Phillip Island, in their vessel described as a three metre aluminium "tinny" with an outboard motor.

Recreational fishing has been banned in Victoria under the state's stage three restrictions to contain the coronavirus, with on-the-spot fines of $1600.

Premier Daniel Andrews on Friday said he would not consider reversing the ban, because the slowdown has helped to flatten the curve of new cases.

"No recreational fishing trip, no trip to the golf course is worth someone's life," Mr Andrews said.

"I know it is a lot but it is making a massive difference too."

The opposition had called for fishing to be allowed under 'stay at home' rules for exercising and mental health.

"If the government has missed the mark on this, if there’s a way for public health and safety to be protected, which does not damage people’s ability to wet a line by themselves in a local creek, then I call on the Premier to look at that again," Opposition Leader Michael O'Brien said on Thursday.

Police have urged anyone with information about the missing men to contact triple-zero.