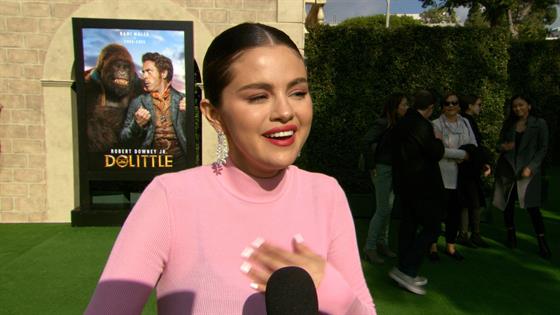 Selena Gomez is putting a name to her mental health experience.

The 27-year-old performer has been candid about her struggles with anxiety and depression, but for the first time on Friday, the star also publicly shared that she is bipolar.

While joining fellow former Disney star, Miley Cyrus, on Instagram Live for her “Bright Minded: Live” series, the songstress opened up how being more informed helped her.

When Cyrus asked Gomez what her advice is for people who are afraid to discuss mental health and where she would direct them, she responded, “Recently, I went to one of the best mental hospitals…McLean Hospital and I discussed that, after years of going through a lot of different things, I realized that I was bipolar and so, when I go to know more information, it actually helps me. It doesn’t scare me once I know it and I think people get scared of that.”

The Texas native added, “I’ve seen it and I’ve seen some of it even in my own family where I’m like, what’s going on?” The star noted in Texas, “it’s not known to talk about your mental health.” Instead, she said people feel as if they “gotta seem cool,” which results in anger building up in young adults.

“When I finally said what I was gonna say, I wanted to know everything about it and it took the fear away,” she assured. “When I was younger, I was scared of thunderstorms and my mom bought me all these different books on thunderstorms, so she’s like, ‘The more that you educate yourself on this, the more that you’re not gonna be afraid’ and it completely worked and that’s kind of something that helps me big time.”

In a January interview with WSJ. Magazine, Gomez recalled experiencing effects associated with bipolar disorder, though did not disclose that she was living with the condition.

“My highs were really high, and my lows would take me out for weeks at a time,” the star told the magazine. “I found out I do suffer from mental health issues,” she said, noting it was “such a relief.” “I got on the right medication, and my life has been completely changed,” the star added.

Gomez is certainly not alone in Hollywood when it comes to experiencing bipolar disorder. Fellow Disney star Demi Lovato first spoke publicly about her bipolar diagnosis in 2011. More recently in April, Bebe Rexha also told fans that she is bipolar.

As the fellow singer tweeted at the time, “I’m bipolar and I’m not ashamed anymore.”