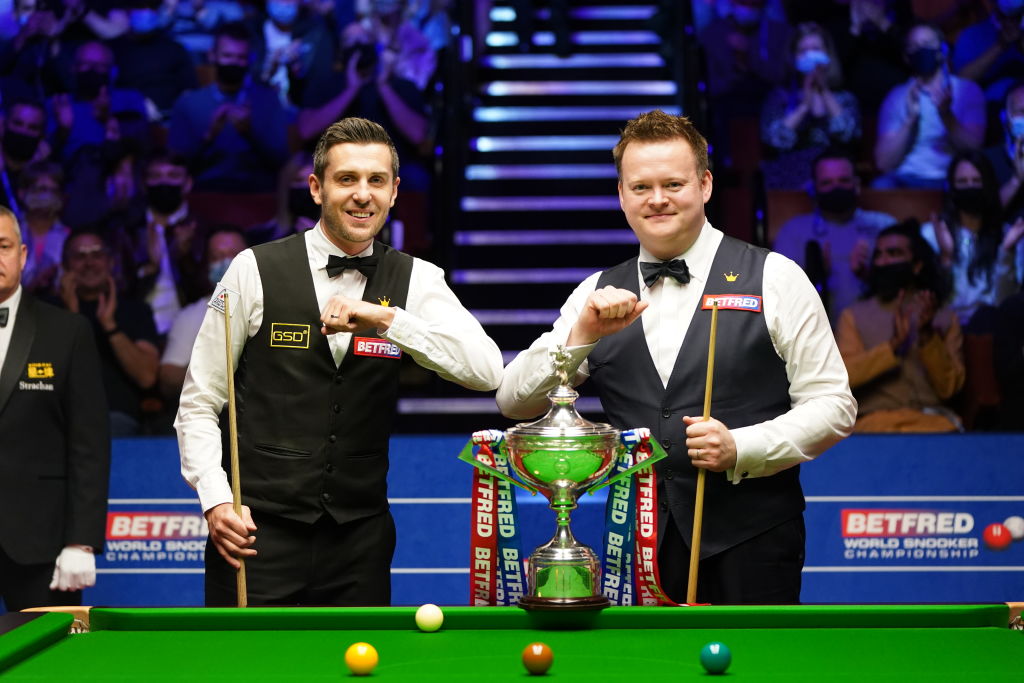 Shaun Murphy has taken an early lead over Mark Selby in the World Snooker Championship final on Sunday, ending the first session 5-3 ahead at the Crucible.

It was an edgy start to the contest, with a full crowd in Sheffield for the first time since the 2019 tournament, and both men missed plenty of chances over the session.

Just one of the first eight frames saw a player score no points, with a number of very close frames in the early skirmishes.

Selby made 95 points over the first two frames but won neither of them as Murphy went 2-0 ahead.

The shoe was on the other foot in the third, though, as Murphy made a break of 65 but still lost the frame, before Selby made the highest break of the match so far (89) to level up.

The next two were shared to take the score to 3-3, with Murphy making his highest break of 75, but then the Magician stepped on the gas before the session came to a close.

A 64 gave him back the lead in the seventh and Selby spurned an excellent opportunity in the eighth, letting Murphy back in to make another half-century (52) and take a two-frame lead again, feeling good at 5-3.

The two men will return at 7pm for the second of their four sessions in the race to 18, with an awful lot of snooker still to be played.

On what the players might do between the sessions, Ronnie O’Sullivan told Eurosport: ‘I’d just get on YouTube and watch a load of running videos, things I get buzzed up about, what’s your hobbies? What are you interests? Whatever it is, that’s the best way to switch off.

‘I was never one for meditating or getting in the zone, that just happens, the idea is just to relax.’

For more stories like this, check our sport page.