The 41-year-old has been busy promoting the first of Matchroom's Fight Camp series, set to take place at their Essex HQ tomorrow night. 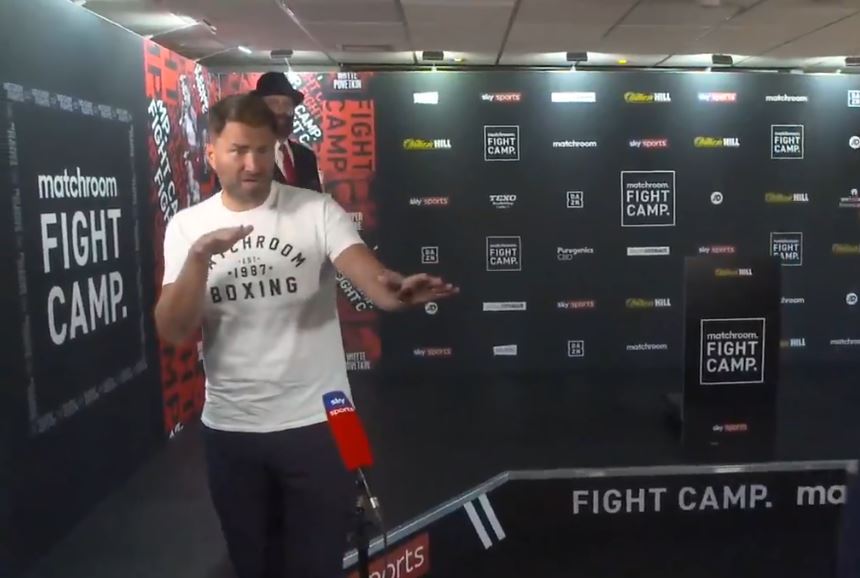 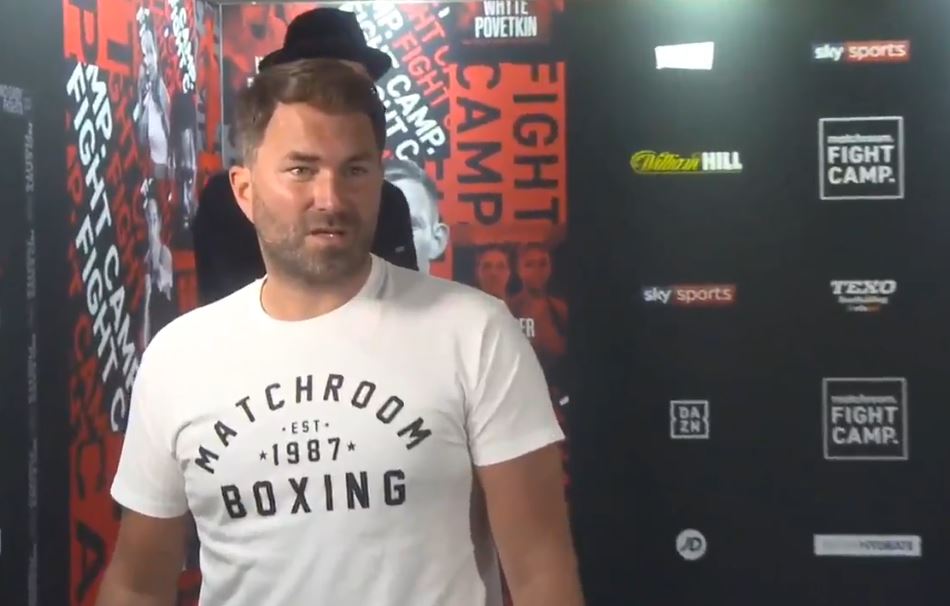 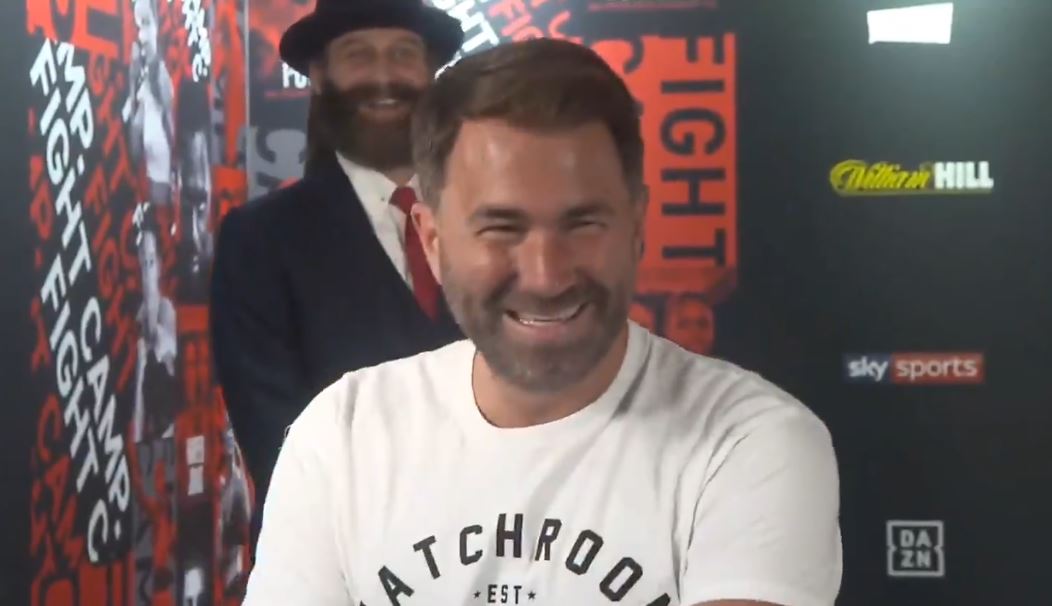 But Hearn, thinking it was a rehearsal, decided to have a bit of fun with the Sky Sports reporter.

From the weigh-in, he put on a high voice and used the phrase: "Mother f***ers".

Shock dawned on Hearn's face as the mortified reporter revealed that they were in fact live… before giving way to embarrassed laughter.

The promoter was a good sport, however, later addressing his faux pas on Twitter.

He wrote: "That was awkward..when you think it’s a rehearsal 🙈"

And fans on social media naturally found the incident hilarious.

One wrote: "I’m absolutely gone with that."

While another added: "The “Gif” Gift that keeps on giving."

And another social media user likened Hearn to a British TV favourite: "Everything about that video is hilarious.

Hearn will be a busy man tomorrow, as IBF International Super-Welterweight champion Sam Eggington kicks off Fight Camp's first main event by putting his belt on the line against Ted Cheeseman.

Huge-hitter James Tennyson also takes on Gavin Gwynne in what promises to be an exciting night of boxing.