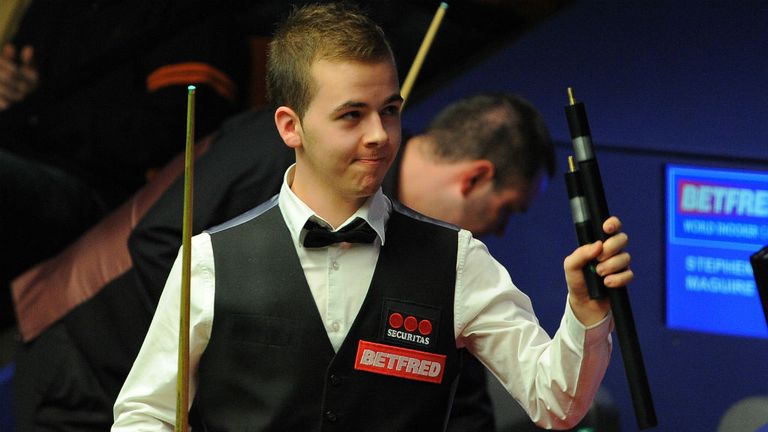 Luca Brecel booked his place in the next phase of the Championship League but only after edging world No 12 Jack Lisowski out of top spot in their round-robin group by virtue of the highest break.

Brecel and Lisowski had each whitewashed Oliver Lines 3-0 and drawn 2-2 with Robbie Williams, setting up a decider on the second day of the tournament for the right to advance to the group winners’ stage.

And though Lisowski was able to avoid defeat as he claimed a 2-2 draw, the Englishman was eliminated as his Belgian rival’s run of 138 against Lines proved crucial – with Group Nine’s highest break acting as a tie-breaker.

It was a harsh way for the unbeaten Lisowski to exit the competition but Brecel, the world No 37, joins Mark Joyce in progressing from their groups on Tuesday.

Joyce enjoyed a rather more serene passage with three wins out of three in Group Three.