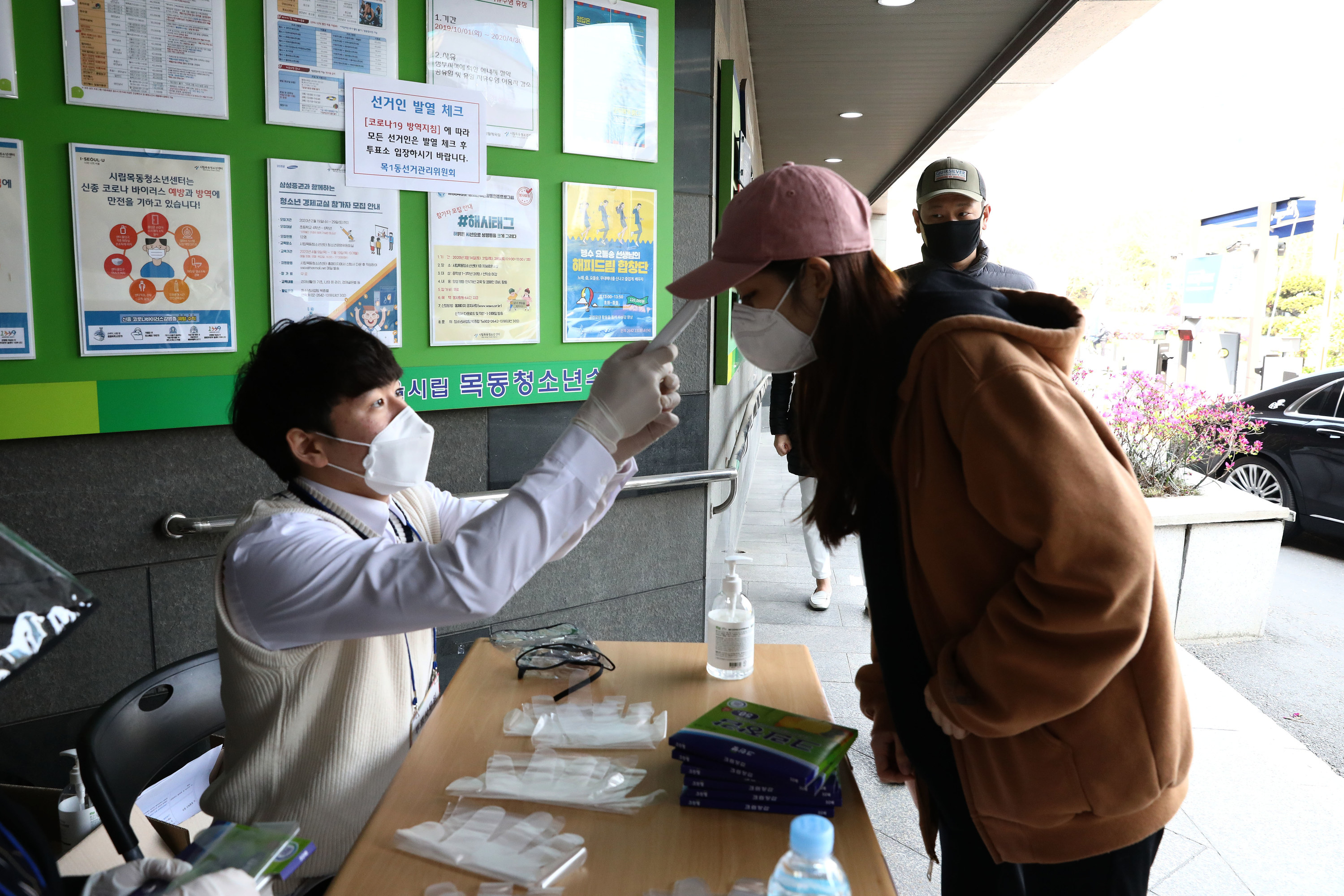 A voter has her temperature taken before being permitted into a polling station to vote.

The journalists at BuzzFeed News are proud to bring you trustworthy and relevant reporting about the coronavirus. To help keep this news free, become a member and sign up for our newsletter, Outbreak Today.

South Korea has held the biggest election since the coronavirus pandemic began, with voting taking place under strict rules to try to ensure people’s safety.

All voters had to wear masks and stand at least 1 meter apart at polling stations. Before they could vote, people had their temperature taken, and were told to disinfect their hands and put on plastic gloves.

President Moon Jae-in’s Democratic Party of Korea, along with its satellite party, is forecast to win a majority of seats in the National Assembly, according to an exit poll from national public broadcaster KBS. Voter turnout was the highest in 28 years.

There was also a record early turnout, with 11 million people casting their votes in advance, some by post but also in polling stations set up last week. Last week, US President Donald Trump called mail-in votes “horrible” and “corrupt,” despite himself voting in the Florida primary via mail.

Special measures were introduced in South Korea to allow coronavirus patients or those under quarantine to vote. People diagnosed with COVID-19, the disease caused by the novel coronavirus, were given the option of mailing in their ballot, while anyone under quarantine was given a strict time frame to vote at designated polling stations, which they either had to walk or drive to.

The elections in South Korea are in sharp contrast to the canceled primaries in the US, or the unsettling pictures in Wisconsin where voters waited for hours to cast their ballots.

South Korea has been praised for its response to the coronavirus outbreak, with an aggressive regime of testing and tracing anyone who had come into contact with patients helping reduce daily new cases down from a peak of 900 in February to 27 on Election Day itself. 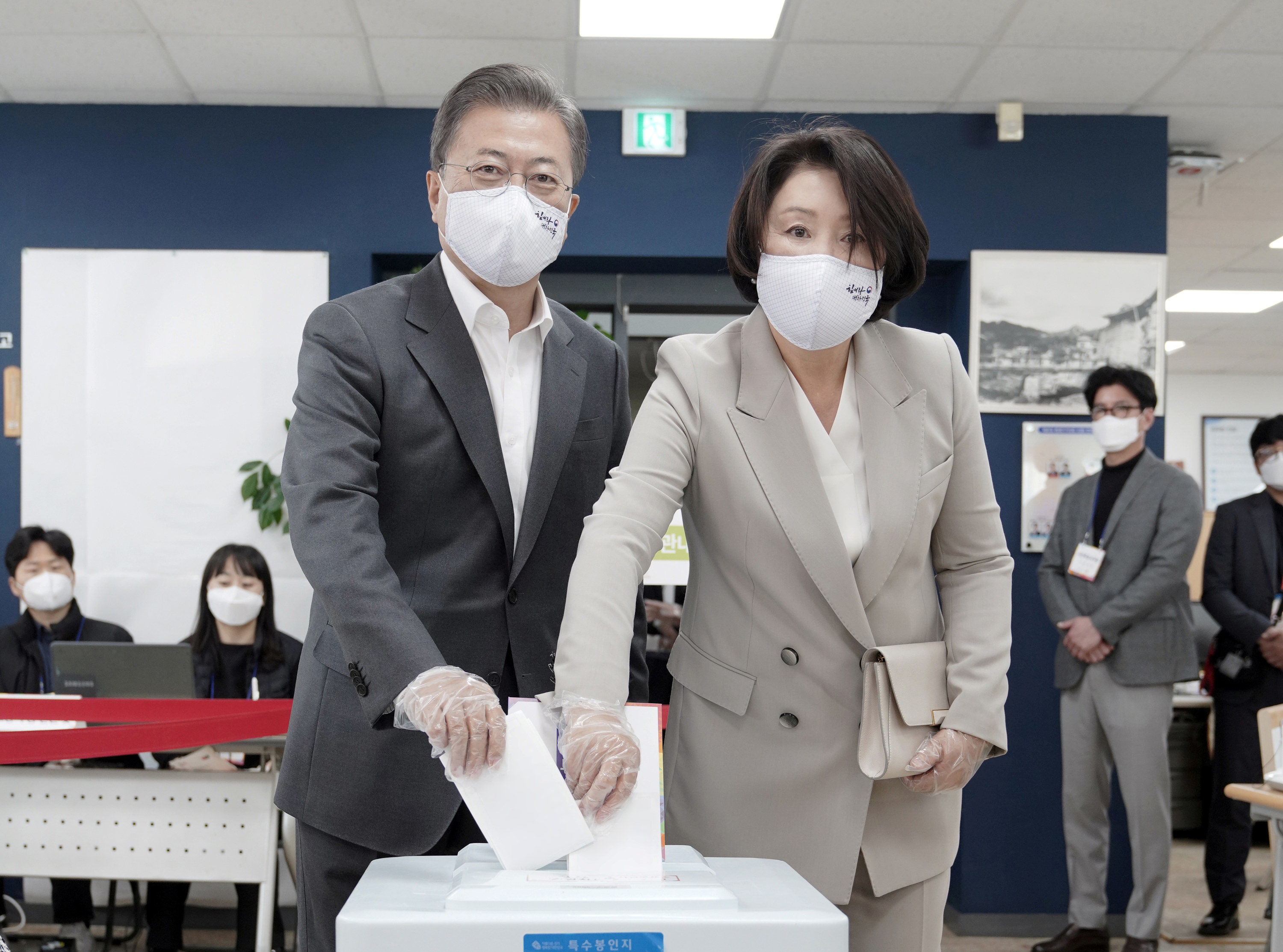 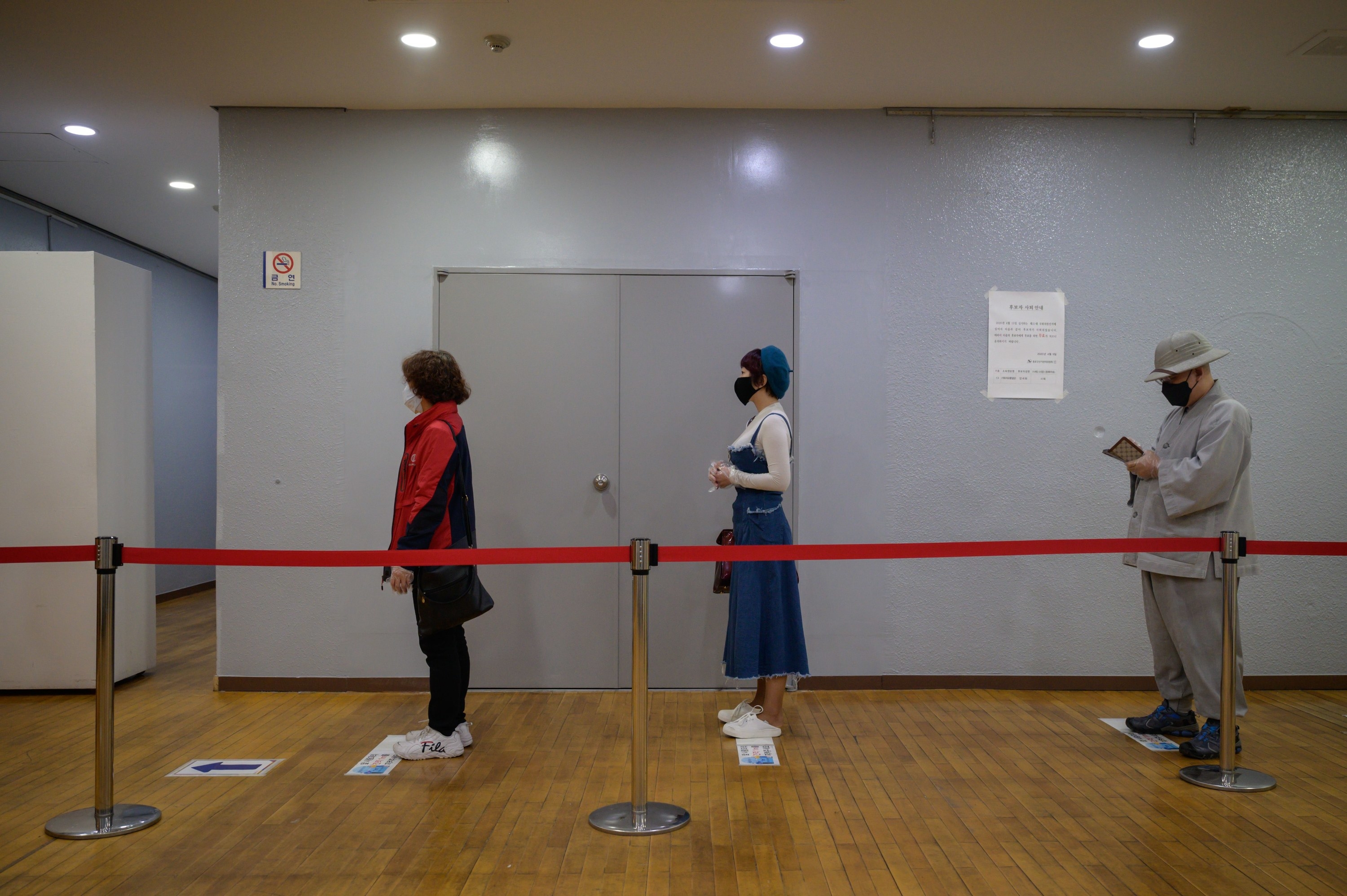 People wait to cast their ballots. 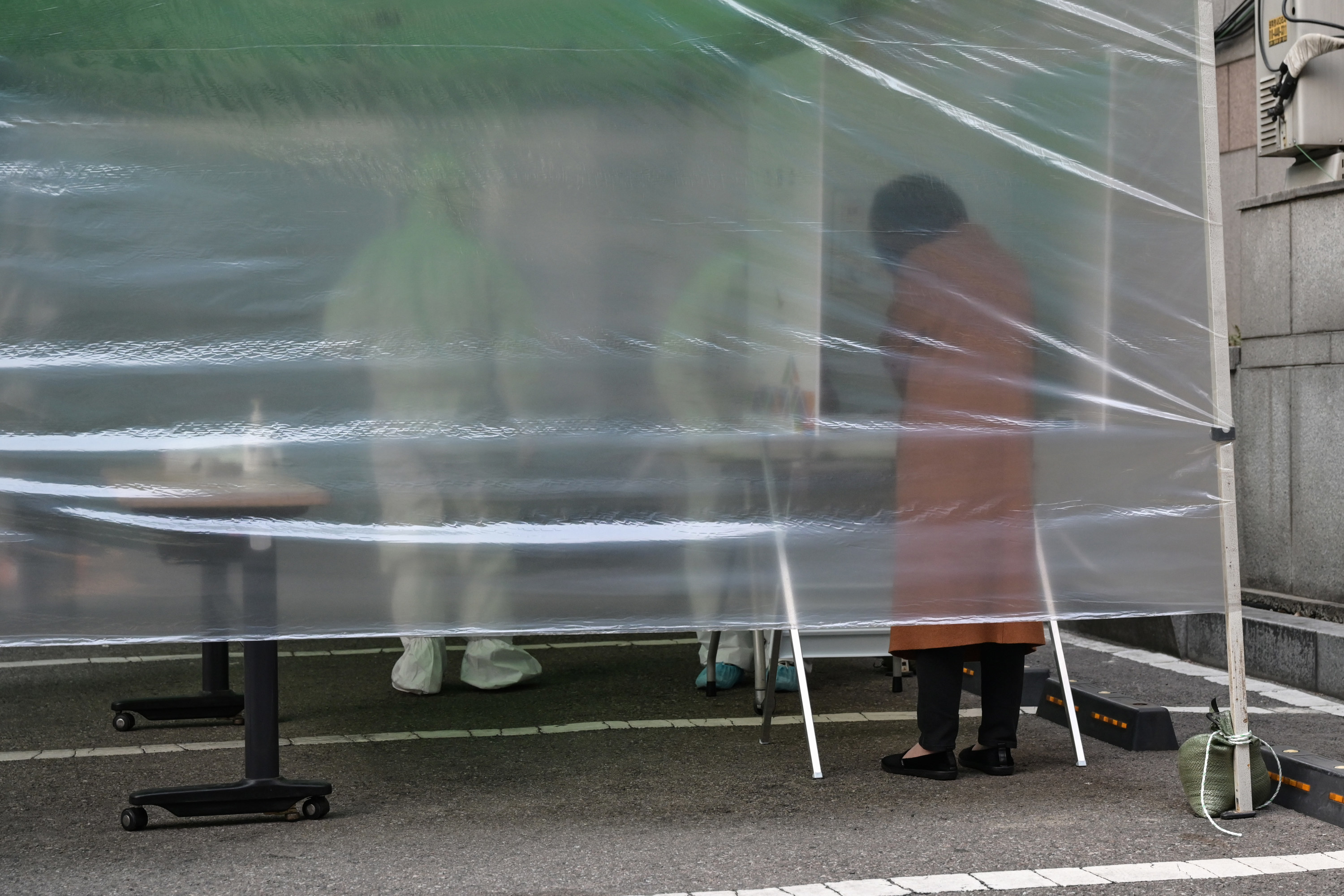 A woman votes in a designated booth for people in self-quarantine. 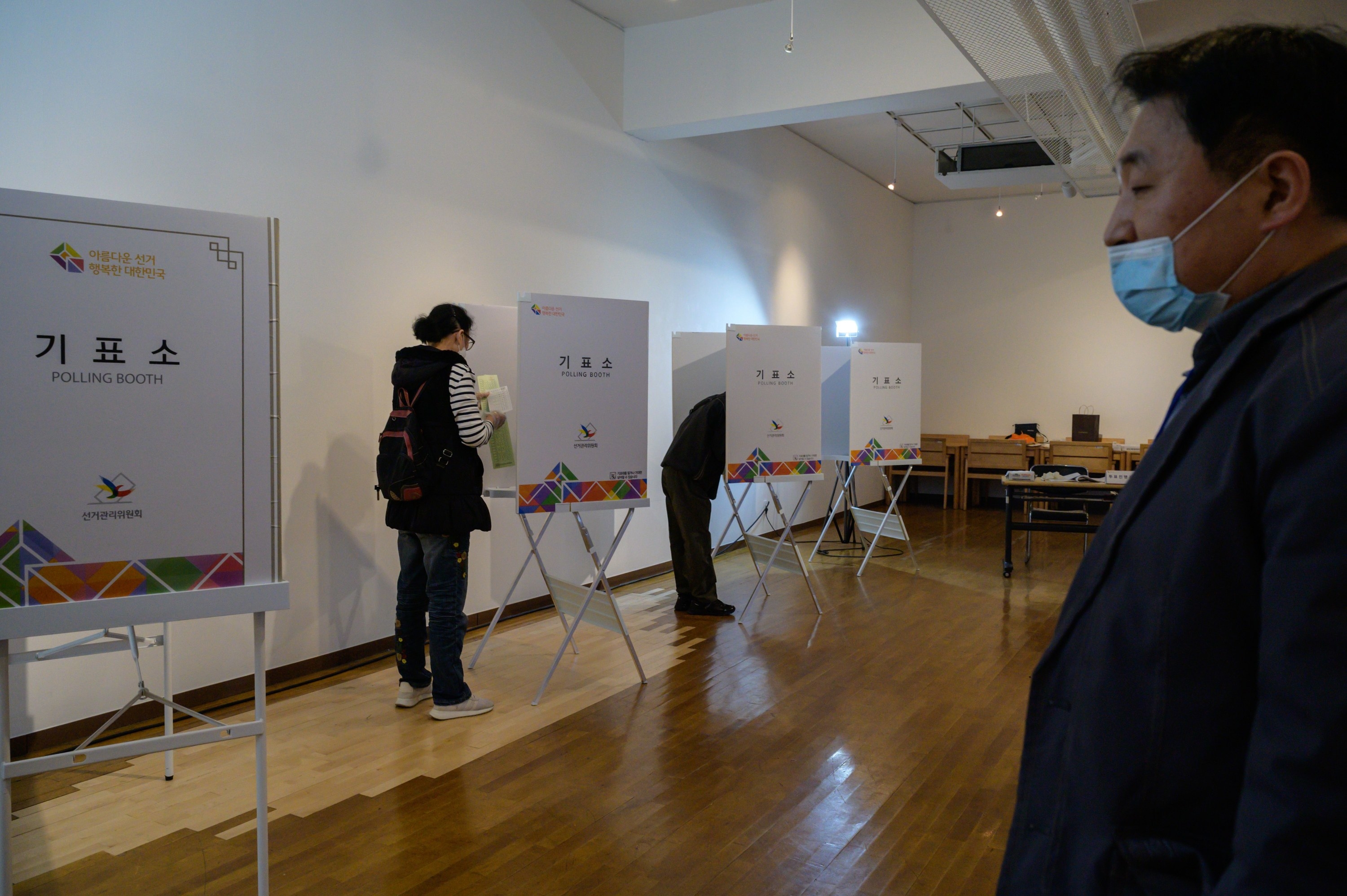 Voters wearing face masks and gloves cast their ballots in a polling station in Seoul. 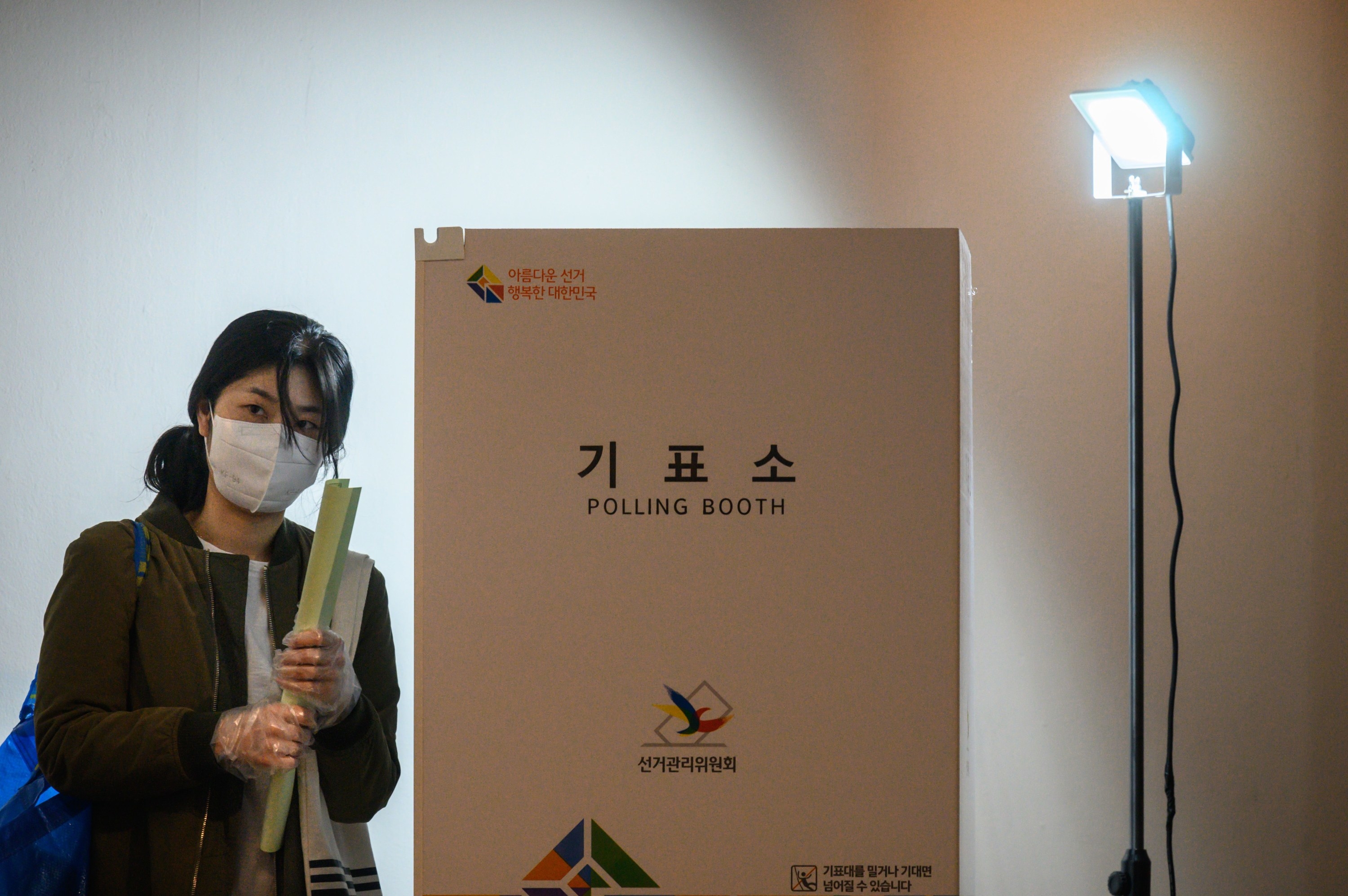 A voter wearing a face mask and gloves votes at a polling station in Seoul. 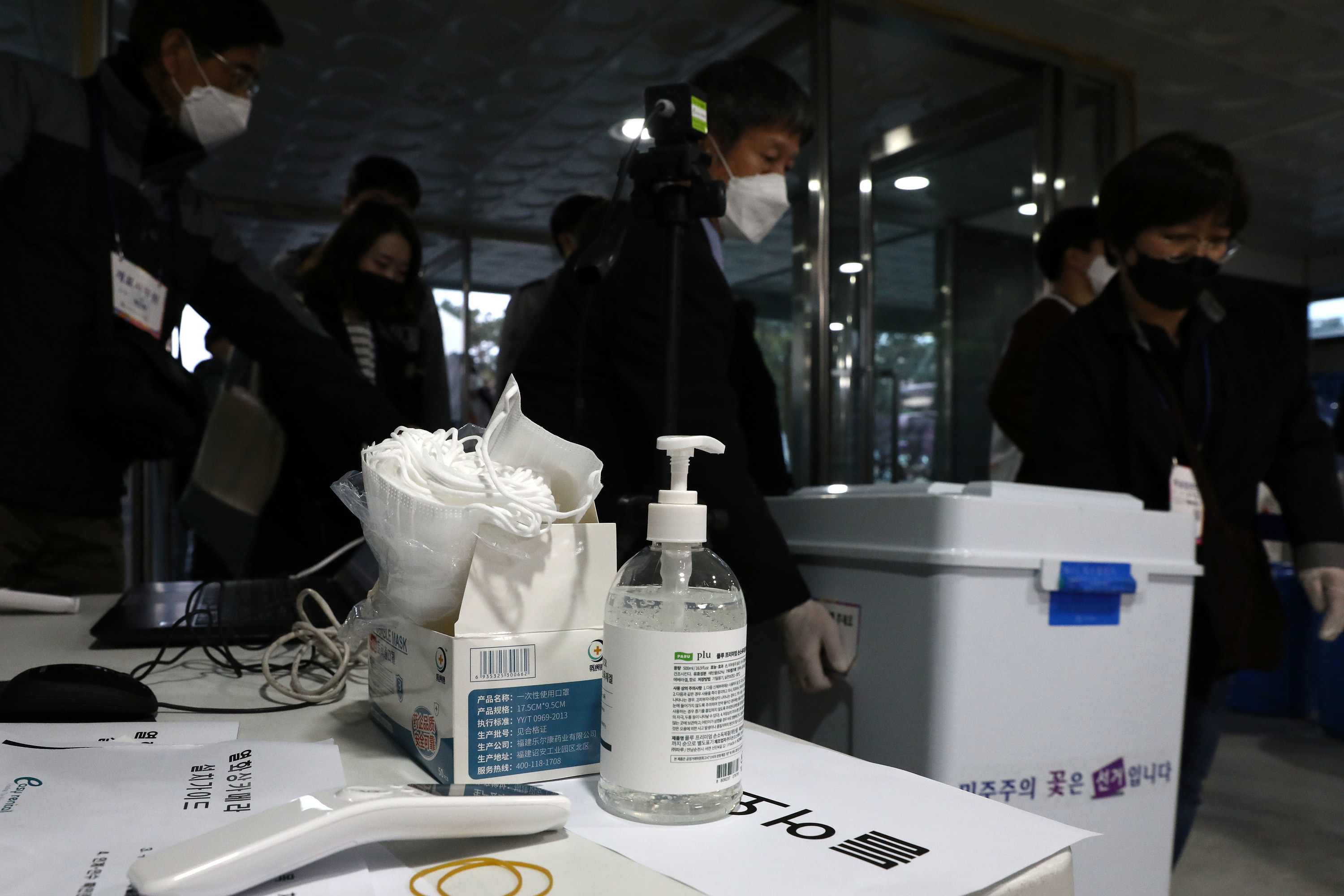 Ballot boxes are transported for counting. 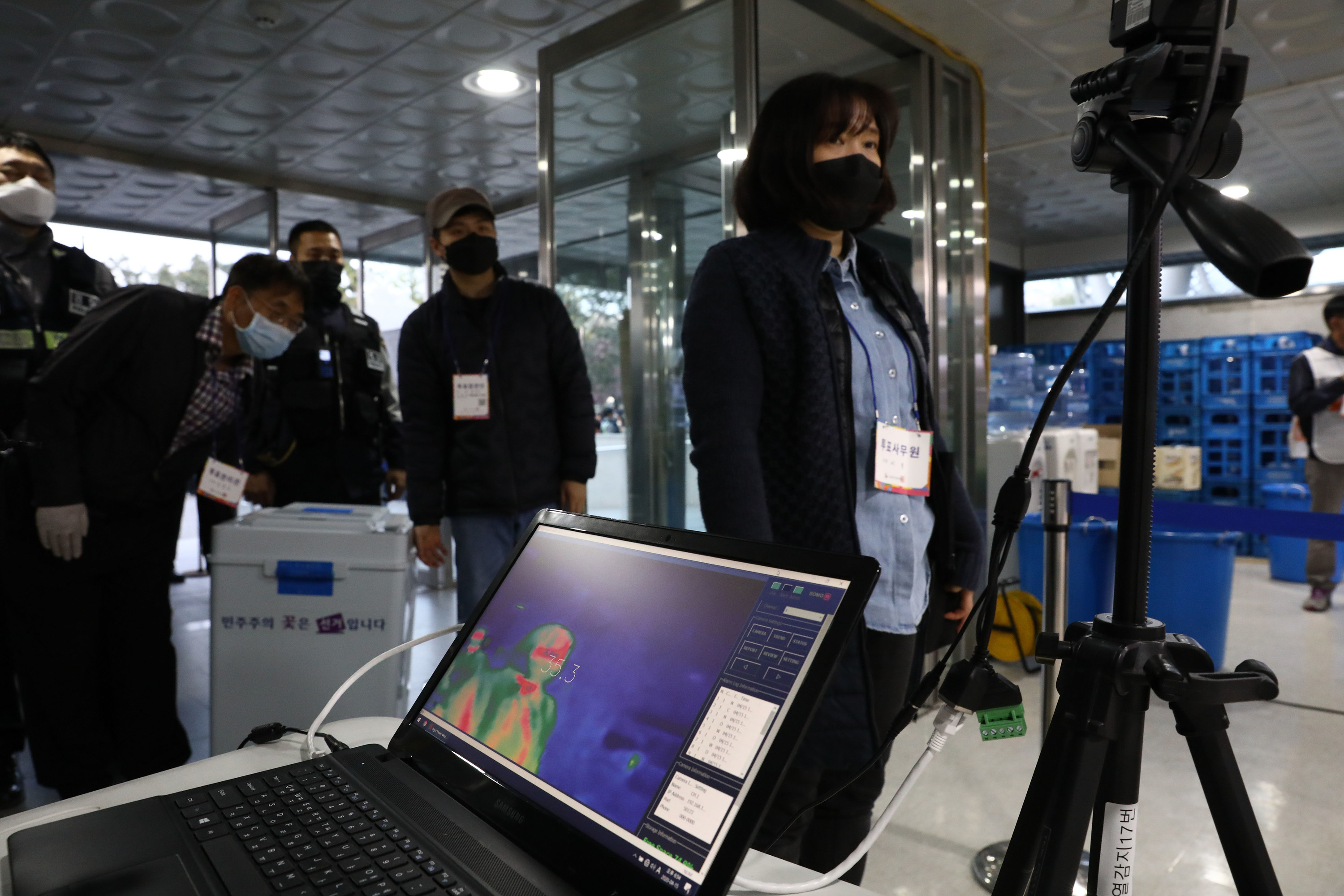 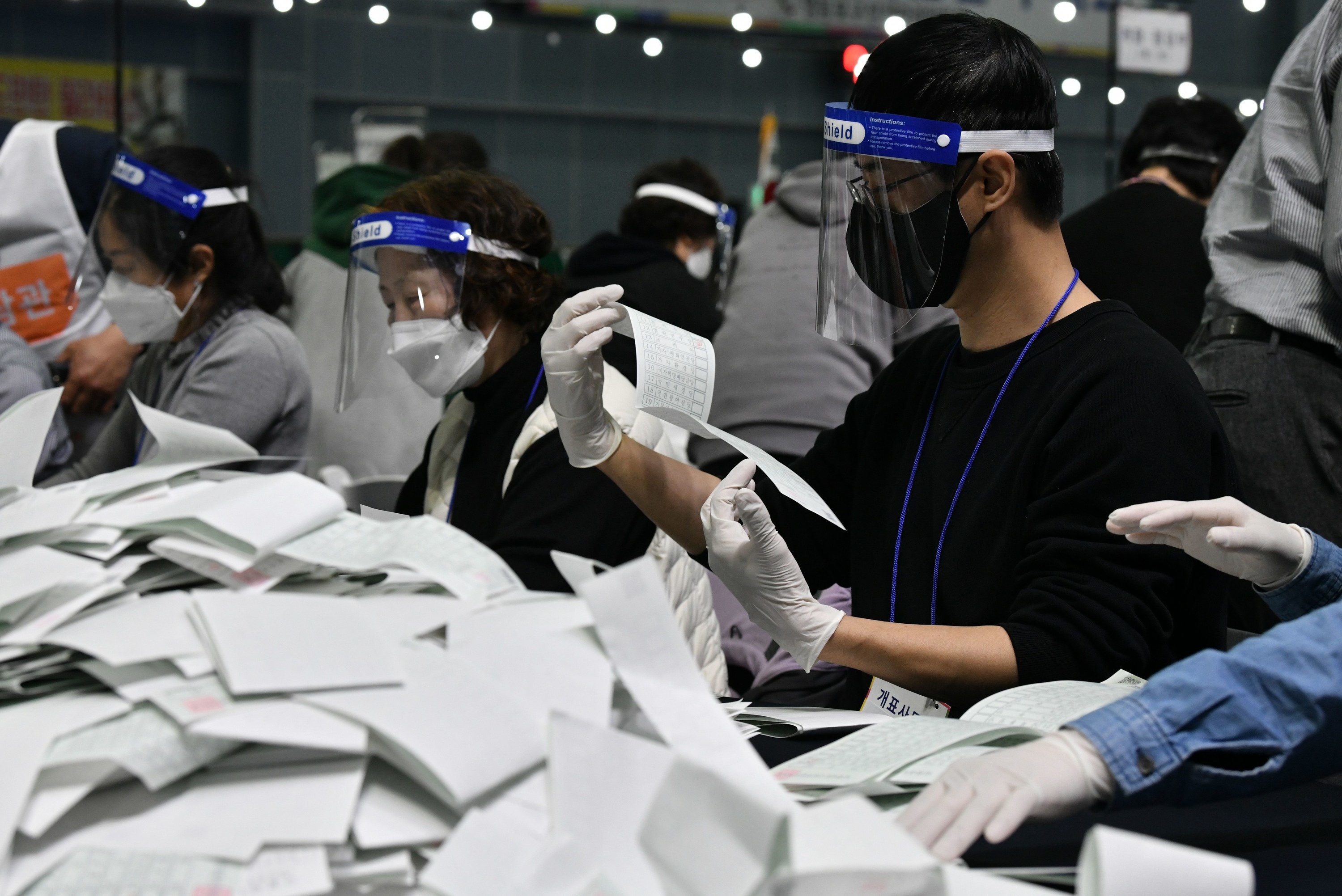