The rocket was test-fired successfully on Saturday at Cape Canaveral Air Force Station, from where the full launch will also take place. On Tuesday the full launch is due to take place between 5pmEDT (10pmBST) and 20:55EDT (1.55amBST).

According to the ‘Space Flight Now’ website details of the Anasis 2 satellite the rocket will carry are “shrouded in secrecy” at the request of its owner, the South Korean government.

There is speculation the new satellite will be used to provide communications for the South Korean military which has previously been reliant on international and privately owned networks.

Saturday’s test was a success with the nine Merlin 1D engines fitted to the Falcon 9 rocket being fired up to full power for several seconds.

This produced 1.7million pounds of thrust according to Space Flight Now. 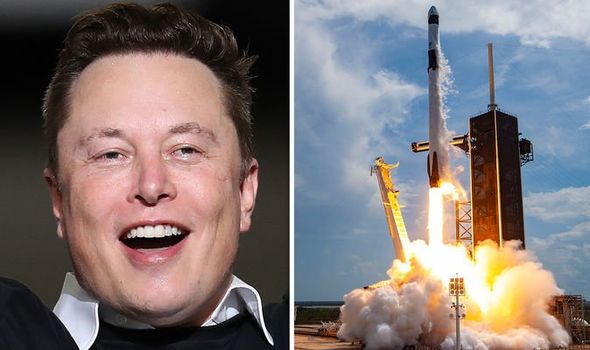 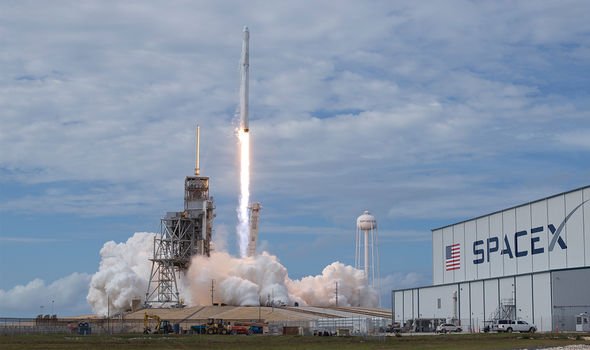 Densified kerosene and liquid oxygen were used as fuel to power the test.

Anasis 2 is a European made satellite made for South Korean by the Airbus Défense and Space company.

Whilst many details are being kept secret by the South Koreans, the satellite is based on Airbus’s Eurostar E3000 spacecraft platform.

Once in space the South Korean satellite is expected to sit on a circular orbit over 22,000 miles above the equator. 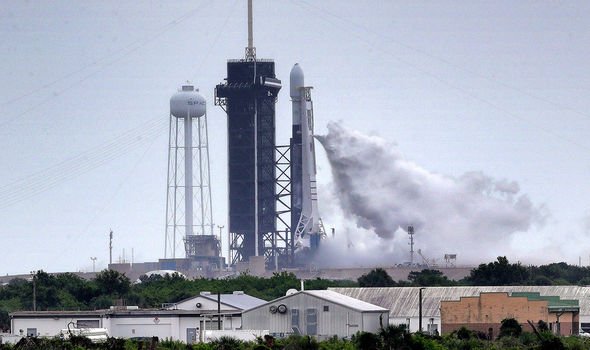 Thus far this year, 11 Falcon 9 missions have been launched by SpaceX.

The most recent took place on June 30 carrying a GPS navigation satellite for the American military.

On Saturday SpaceX had also planned to launch a Falcon 9 rocket carrying a number of satellites from NASA’s Kennedy Space Centre, just miles from where the best launch took place.

However this launch was delayed in order to “allow more time for checkouts”.

SpaceX launch: Elon Musk could collaborate with NASA for Mars mission [REVEAL]
EU to boost their space exploration to keep up with China and US [BRUSSELS]
Space travel is giving the future of cryptocurrency a boost [SHOCK] 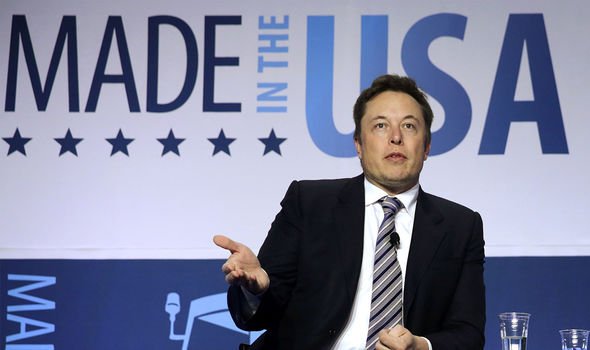 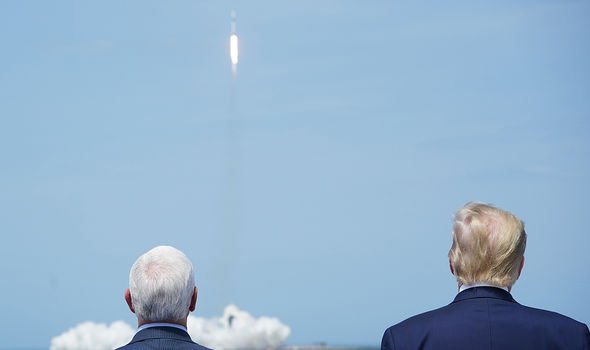 The mission had already been delayed twice, firstly on June 26 to conduct more checks and then on July 8 due to the weather.

SpaceX have not said what problems have been stopping the launch other than bad weather earlier this month.

It is unclear when this launch will be attempted again but there is speculation it could be on Monday or Tuesday along with Anasis 2.

SpaceX was founded by Mr Musk back in 2002 and is currently headquartered in California.

Mr Musk is a high profile supporter of space exploration and has expressed a desire to see the human colonisation of Mars.

Speaking at the 2017 International Astronautical Congress in Australia he said: “I think fundamentally the future is vastly more exciting and interesting if we’re a spacefaring civilisation and a multi-planet species than if we’re not. 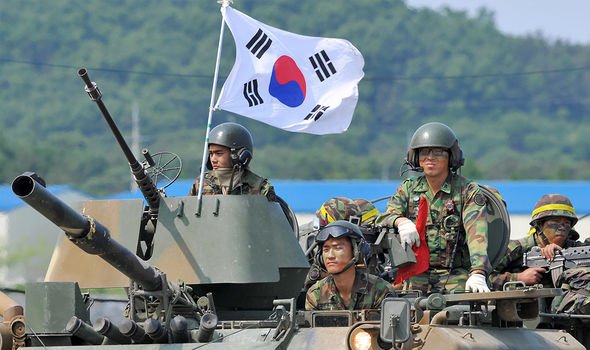 “You want to be inspired by things. want to wake up in the morning and think the future is going to be great.

“And that’s what being a spacefaring civilisation is all about.”

In May a SpaceX Falcon 9 delivered two NASA astronauts to the International Space Station, the first time such a mission was undertaken from American soil since the space shuttle programme ended in 2011.