In what may be a South of France first, guests arrived at Tuesday’s Louis Vuitton fete early. While events usually run “on Cannes time” — with dinner served as late as 11 p.m., Spike Lee, Timothée Chalamet and Dylan Penn were in their seats at a practically chaste 9:30. The blustery skies and threat of rain added an air of drama.

Lee, who has been wearing Vuitton all week, had on a zippy cardigan this cool evening. The jury president, who has helmed commercials including Levi’s, Nike and Converse, pitched himself to the house. His friendship with Virgil Abloh makes him a good candidate for future collaborations, he added.

“I just think that when you’re hot you gotta keep it going. I hope that it’s not a one and done,” he told WWD of hoping to continue working with Vuitton. This time, they worked together through conception, sketches and fittings in New York and Paris to create two weeks’ worth of looks for him and wife Tonya Lewis Lee.

“There’s a whole lotta other stuff that can be explored. And I think it’s a win win — for the Lee family and for Louis, Louis V,” he said.

Lee’s looks have been bold and buzzed about in a way more demure male members usually aren’t. From a black suit with red contrasting buttons to his opening night number — a bright fuchsia suit and matching sunglasses — his festival fashion has been grabbing headlines.

Let’s make sure that suit is noted as fuchsia for the record; Lee very much wanted to clarify the color. “But let’s get to the suit — it’s not pink, it’s fuchsia, and there’s a story behind it. That was my late mother’s favorite color,” he said of teacher Jacqueline Carroll Lee, who passed away from cancer when he was young. “It was a tribute to my mother.” 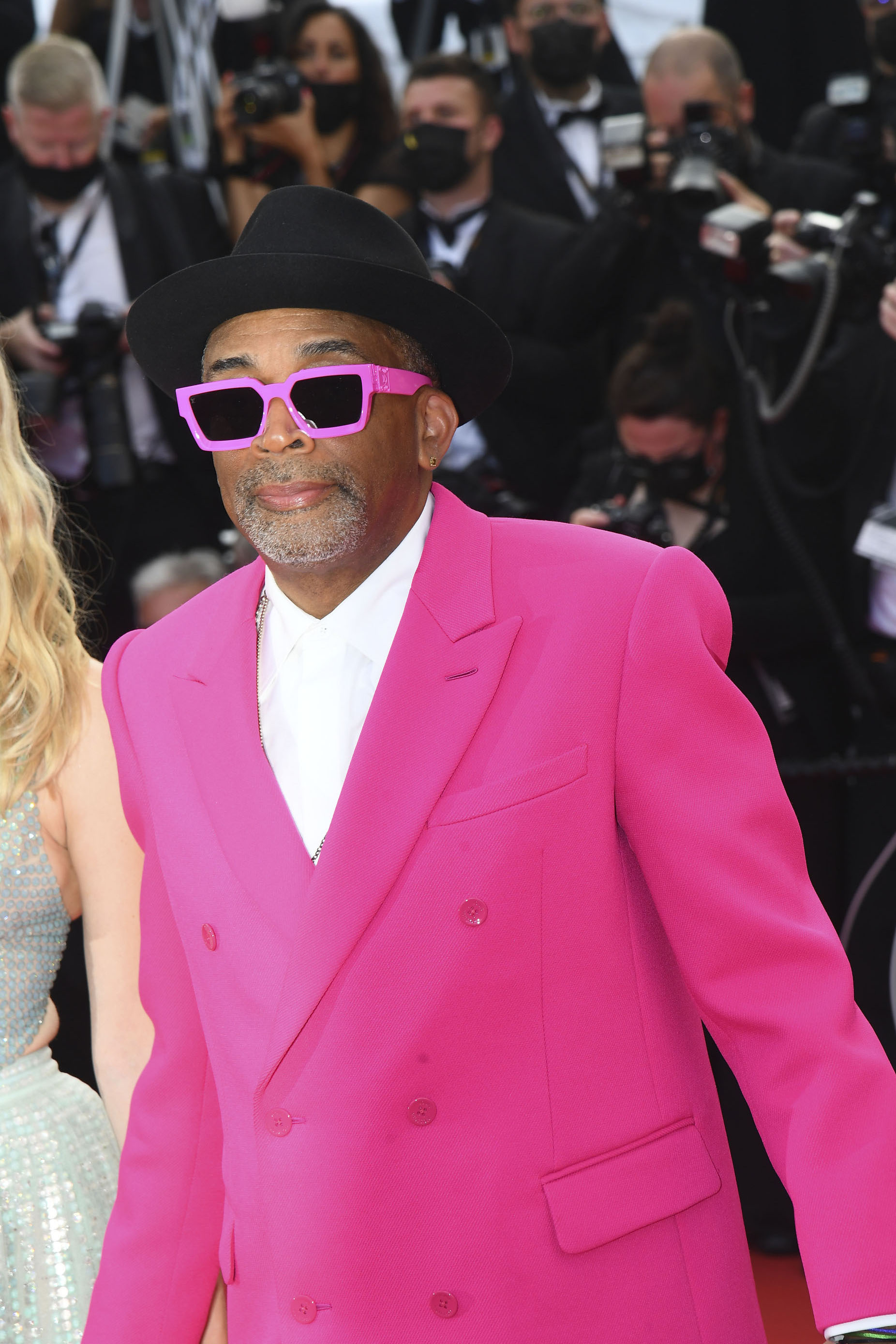 Lee accepted the jury president role “B.C.” he said — “before corona[virus], not before Christ,” he joked — and when it became clear it would happen this July, Vuitton reached out to him. His longstanding friendship with Abloh sealed the deal. “These photos of my wife and I have gone around the world, so Louis is very happy.”

What else has gone around the world are his comments from the opening day of the festival. Speaking to press, he denounced authoritarians, saying the world is run by “gangsters.”

“It went around the world and, you know, I heard about it from Brazil,” as President Jair Bolsonaro, amongst others, was called out from the Cannes podium. He noted the global impact of the event. “That was my own personal opinion. This is the greatest film festival in the world, so it doesn’t have to live up to what I say. This is the world’s biggest stage, even more than the Oscars,” he added.

As for his experience so far, where has he been taking in several films by day and splashy dinners by night? “It’s invigorating,” he said of keeping up with a schedule in which screeners aren’t allowed. “First of all, you don’t see the films until you get here. We have a great jury and people, some I knew some I didn’t, but we have become very close.” He’s seen just over half of the films with less than three days to go. 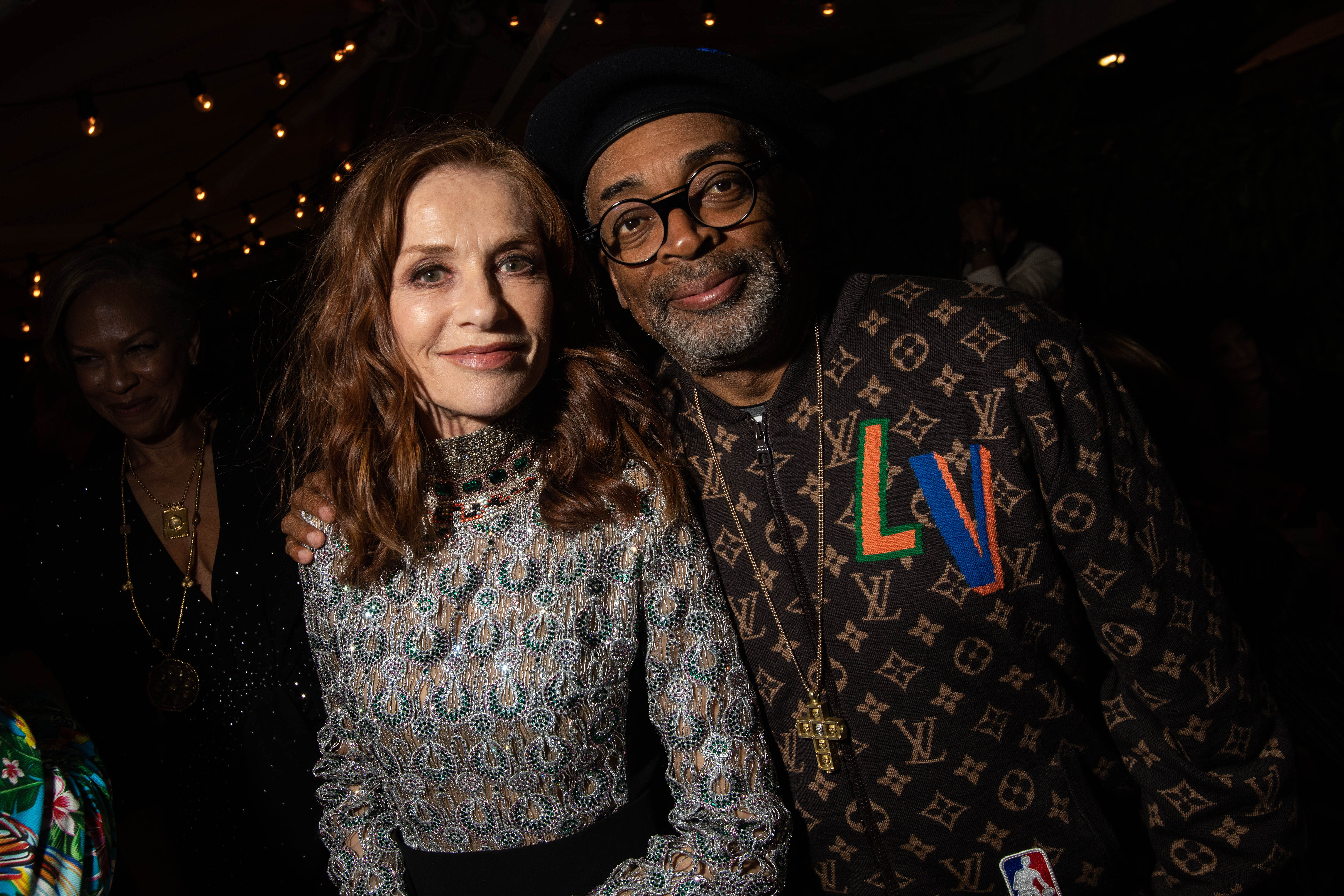 He was joined at the dinner by fellow jury member Tahar Rahim, and Melanie Thierry from the Un Certain Regard jury. Penn, who noted she’s a friend of Lee’s daughter Satchel, was seated next to French singer Marie-Pierra Kakoma — better known as Lous and the Yakuza — and shoe designer Christian Louboutin. Isabelle Huppert flanked Lee at the other end of the table.

Chalamet, fresh from the triumphant premiere of “The French Dispatch,” wanted to take photos in his baseball cap. He debuted new shorter locks on the red carpet the night before. 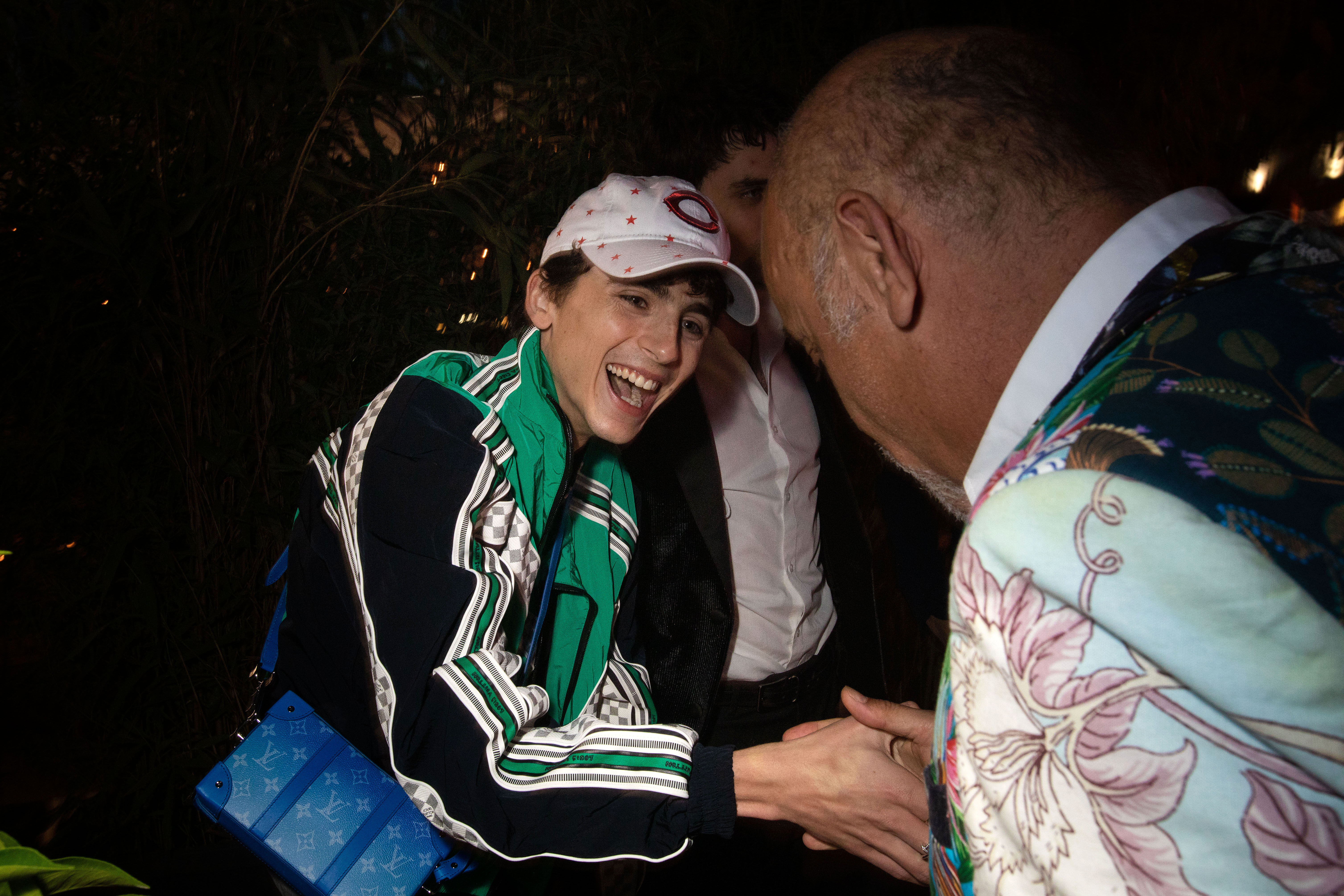 Isabelle Fuhrman was experiencing her first Cannes, just after winning the best actress trophy in Tribeca for “The Novice.” The New York City film festival was the first to return to in-person events following the coronavirus pandemic. “It’s completely different. With Tribeca, I didn’t know what to expect. Cannes is a little bit different in that everyone says it’s smaller than it usually is, but to me it feels like it’s dressed up and exactly how I imagined it to be.”

The actress, who is shopping her pandemic-penned sci-fi script “Interrabang,” was wearing a disco ball of a dress. “It’s the most exciting fun dress I think I’ve ever worn. It makes me wanna dance, 100 percent.”

As the guests filtered into Fred l’Ecailler for three courses of fried anchovies, raw wild shrimp and sea bass with sauteed mushrooms, Lee chatted with Chalamet. Lee sported a tiny French flag on his traditional beret as a nod to July 14 — better known to Americans as Bastille Day.

He said he will up his game for the holiday, akin to Independence Day, with a beret in the tri-colors bleu, blanc, rouge of the French flag.

Is returning to Paris for the September shows next on his fashion calendar? “You know, some of my friends call me Negrodamus,” he said, riffing on the French astrologer Nostradamus, who claimed to predict the future. “But I don’t wanna tempt fate.”