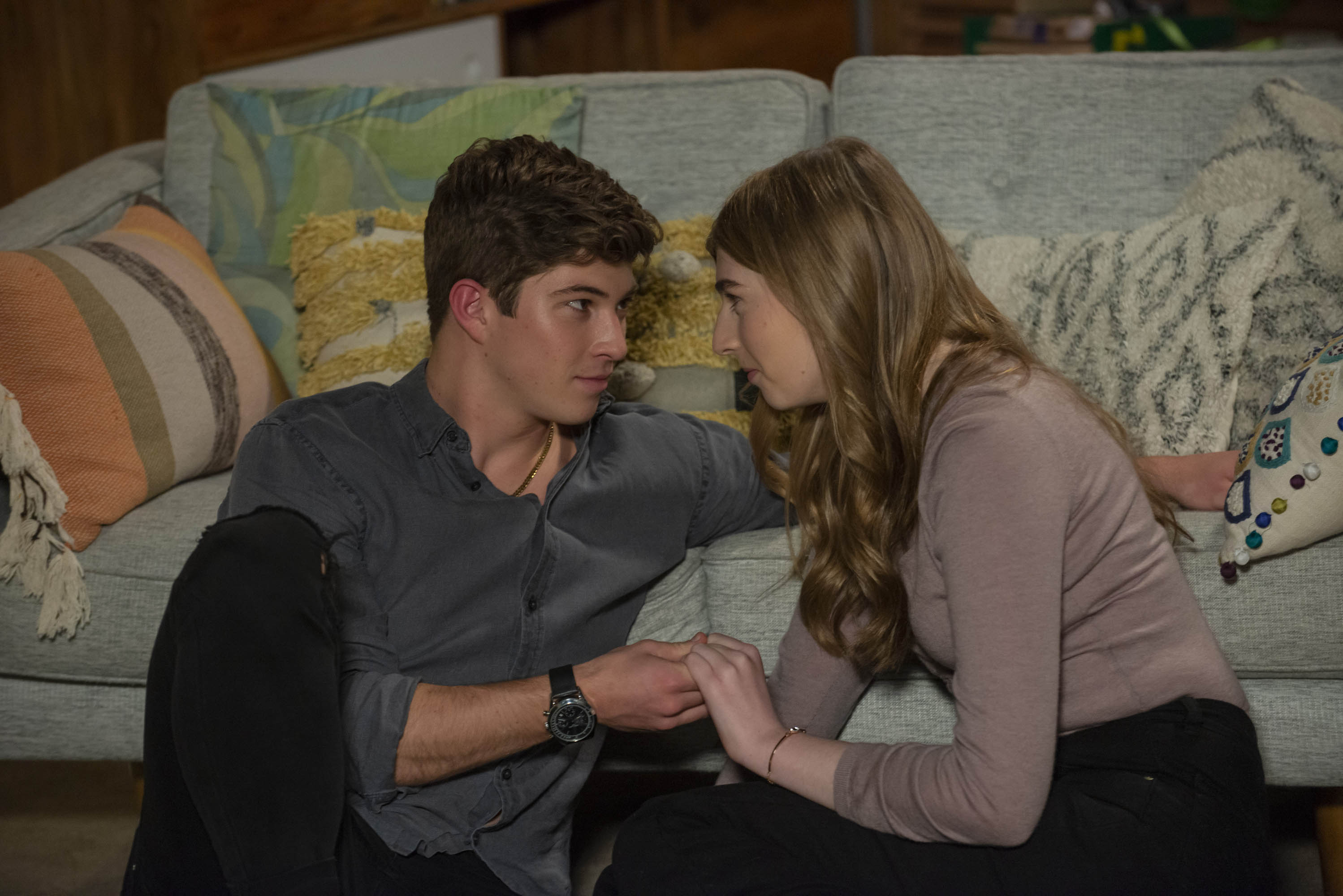 Putting a new spin on Relight My Fire, Hendrix (Benny Turland) and Mackenzie’s (Georgie Stone) lives are at risk when their sex plans go up in flames in Neighbours.

The couple have finally made plans to cement their relationship, but it looks like they could all go up in smoke – along with the house – after Hendrix makes a huge error.

The sexual tension between these two has been palpable recently, with them having barely been able to keep their hands off each other after finding themselves in many an accidentally sexy situation. Having previously not realised they are both on the same page about elevating their relationship, they finally have the all-important talk about what they both want.

Hendrix admits he’s been waiting for Mack to make it absolutely clear that she’s ready as he had no intention of crossing a line, so when she says she is, it’s green light’s a go.

They start making plans for their first time as they want it to be special and memorable, and Hendrix plans it out in fine detail. He wants everything to be perfect for Mackenzie, so he painstakingly dresses the house with fairly lights, romantic food and candles. And therein lies his mistake.

Absolute disaster strikes just as Mackenzie arrives home – Hendrix has an accident with a candle and the living room goes up in flames. Will they make it out in time?