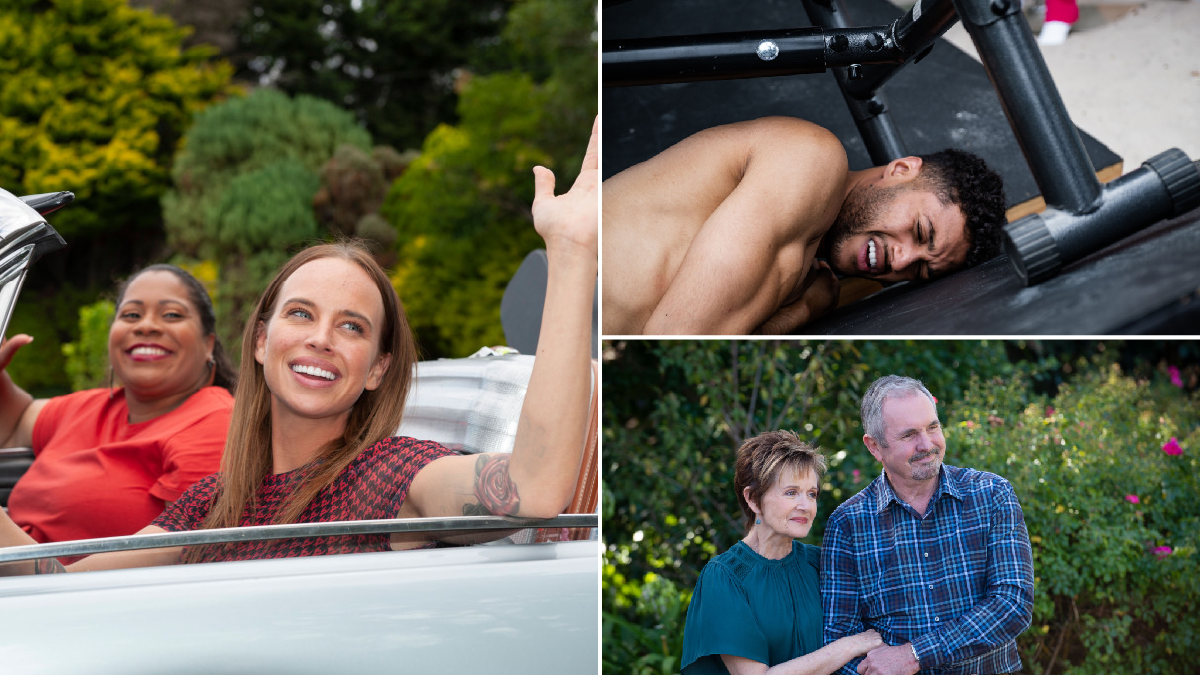 There is a lot of anger in Ramsay Street this week as Bea (Bonnie Anderson) unceremoniously dumps Levi (Richie Morris) to embark on a new life, Yashvi (Olivia Junkeer) learns the truth about Ned (Ben Hall), and Karl Kennedy (Alan Fletcher) is forced to defend the honour of his beloved wife when the poo-slinging takes a turn in Neighbours.

It’s time for Bea (Bonnie Anderson) to turn her back on her Ramsay Street life and explore the world, and for her it’s nothing but excitement. But poor Levi (Richie Morris) is a casualty of her need for change. He’s left with a broken heart as she takes off into the sunset.

That’s not the only thing he breaks when he ploughs his anger and sadness into frisky with Harlow (Jemma Donovan) and working out too much, and it results in a nasty injury.

Yashvi will no doubt be seeing red when she finally learns the truth about Ned and Sheila C (Shareena Clanton) in the most mortifying way. Can they find their way through it?

Karl Kennedy is having a ‘mare of it when he gets mistaken for the muck spreader and Susan (Jackie Woodburne) ends up being slandered because of it. With the real manure-dumper please stand up?

And elsewhere, Roxy (Zima Anderson) has had it with Amy and decides to take matters into her own hands. But at what cost?

Here’s what’s ahead in Neighbours.

It’s a traditional Neighbours send off for Bea as the locals come out in force to say their goodbyes. The saddest of all is her goodbye with Levi, whom she has decided to dump instead of take him with her. She’s hitting the road with Sheila C, much to his devastation. Sheila is gutted for her grandson, watching his heartbreak is not something she ever wanted to see again. But there’s no other way, Bea is off and ready for a new life without him.

Yashvi finds out the truth about Ned and Sheila’s secret feelings in the worst way, through the recording they accidentally made in Bea’s sound booth. Not ideal. Ned finally comes clean with his girlfriend; he shares an emotional connection with another woman, but he professes his love for Yashvi – she’s the one he wants. Yashvi wants to believe him, and they end up having a serious discussion. But when it ends up with Ned telling Yashvi he thinks she’s immature, she starts to question what’s really going on in her relationship.

Nicolette and Chloe realise they made a mistake when they allowed Clive to stay. He’s turning into the worst houseguest ever. His habits are grating on Nic’s last nerve and though Chloe tries to remain positive, even she can’t handle him any longer. Nic implores Jane to help her out of her sticky situation, but she insists Clive stays. So Nic comes up with a cunning plan to get him out by sweettalking the builders at his place, who are the ones who are currently keeping him out of a home. Will it work?

Roxy is still gunning for Amy after she took her job and is even more furious when Amy rejigs the roster so that Roxy is working twice as hard as everyone else. Roxy knows working extra hard won’t get her anywhere, so she resolves to do the opposite. Added to that, she also decides to show Amy a lesson by rigging her Longest Workout competition. But her actions will have dire consequences for poor Levi.

The poo-gate is rumbling on as the warring neighbours continue to hurl excrement at each other. Angela Lane is furious to think the Kennedys dropped the muck on her doorstep, so she exacts her own revenge, spreading a different kind of sh*t around school about Susan. But when it goes too far, Karl comes clean – it was Melanie behind the mess, not them.

Levi’s breakup leads to hot hook up and nasty injury

Levi is moping after Bea’s departure and Harlow is moping about Brent. She gets him and Yashvi together – who’s having a rough time with her bloke too – and the three share a few drinks and a wallow. After a few, Yashvi eventually decides she’s had enough and leaves them to it, unaware of the sexual tension building between them. But she leaves them to what exactly? The next morning, Chloe witnesses Levi thanking Harlow for a lovely night – did they do it? But Chloe doesn’t keep the gossip to herself, she tells Sheila of all people. What will happen for the pair when the news gets out?