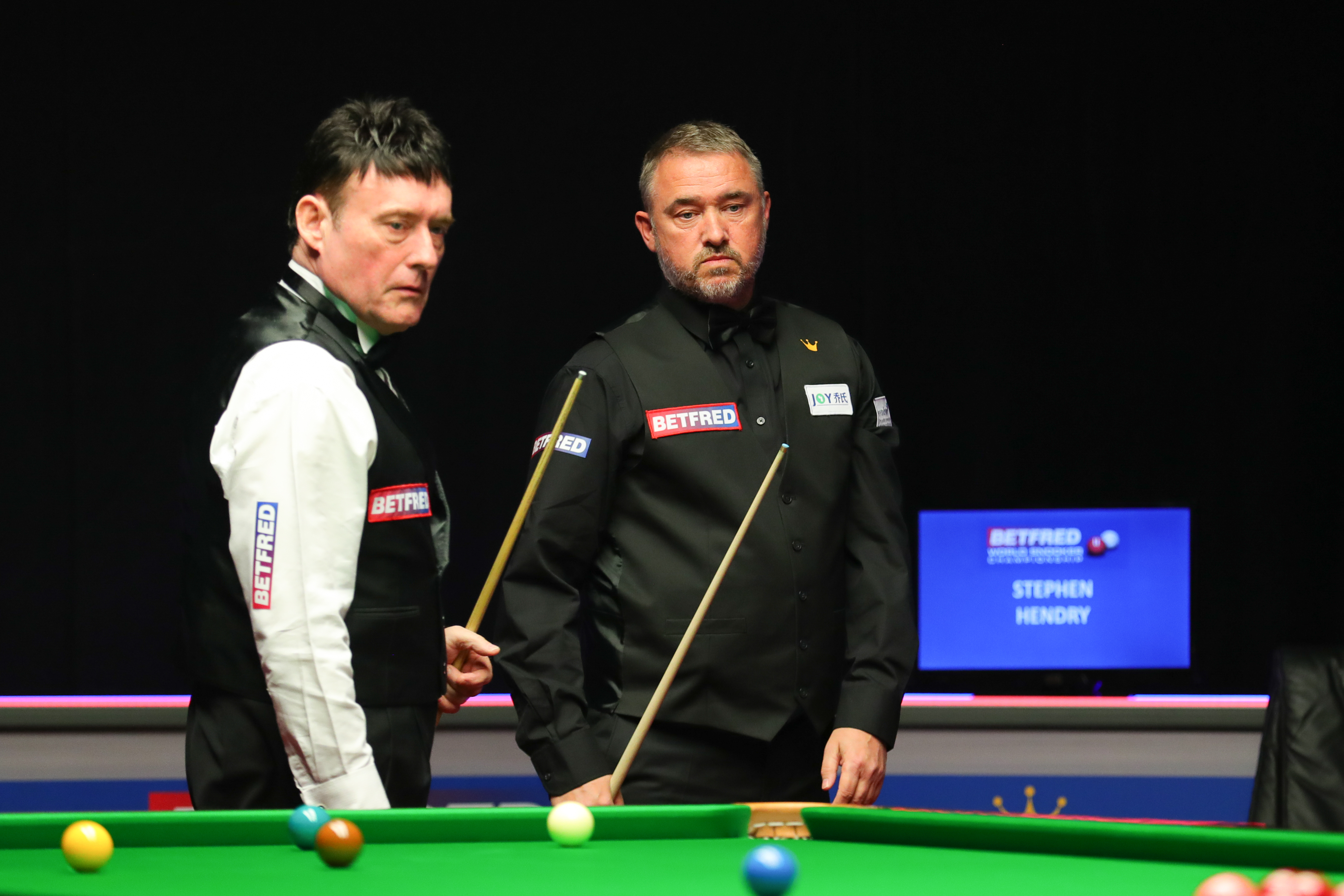 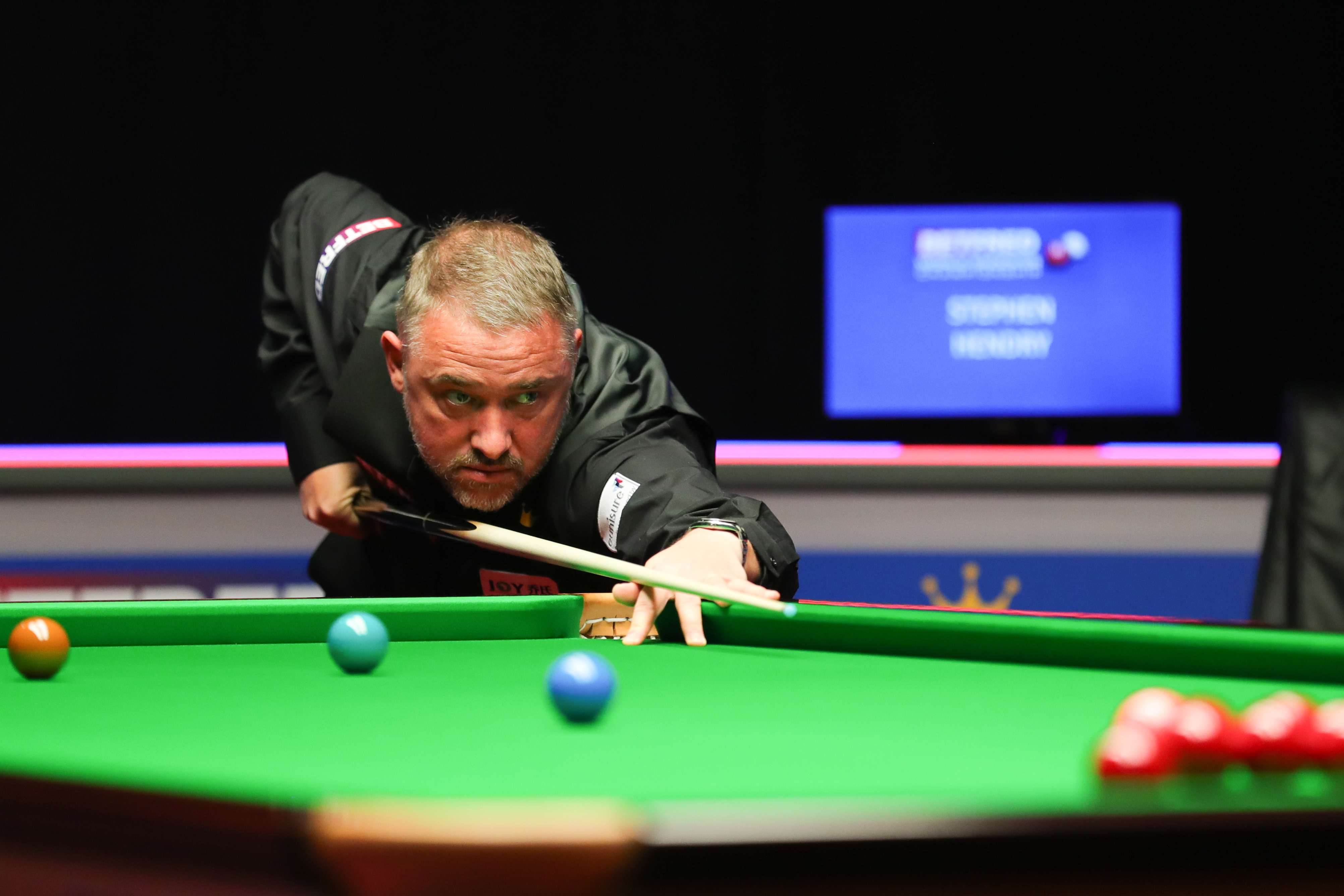 In an error-strewn four-hour match that wouldn’t have looked out of place in an amateur club, Hendry, 52, inflicted further nightmares on the Whirlwind to sit alongside those famous four world final triumphs down the road.

Relieved Hendry said: “It wasn’t pretty, I thought he match would go that way, there had been so much hype, and I have had no match practice.

“There were some pluses there. I made a nice clearance to go 5-1 ahead and I won a frame-needing a snooker – that’s a collector’s item.

“In practice, I’m hitting the ball so well. But out there I could can count on two hands the number of decent shots I made.

“I’m delighted to win. I felt it was very slow. Not the way I play. We were bang under it tonight. It was a hard match.”

White, who is 59 next month, has a mathematical glimmer of hope if results go his way in qualifying this week but it’s more than likely now he has lost his Tour Card and will be forced to try Q School again.

It is not known if he will get a wildcard and crestfallen White said: “It was a poor game. Stephen didn’t have a lot to beat. I lost focus. I think I wore myself out and overdid it with the practice.

“I have been struggling. In hindsight I should have rested more. 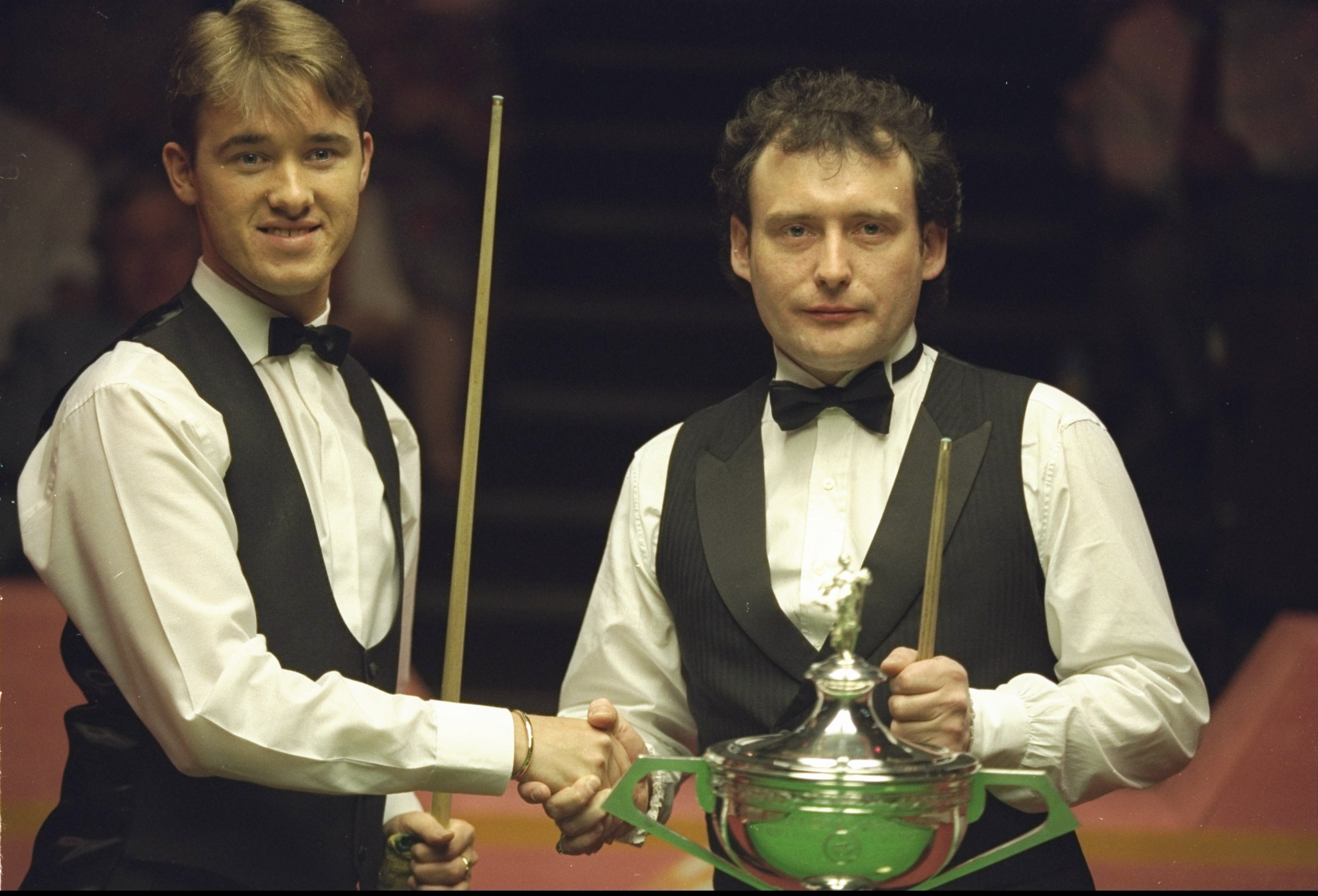 “I’ll wait and see how results go before I make a decision about my future. That was a horrendous performance from me.”

Even though the quality from old was sorely missing, this Clash of the 90s Titans would have sold out numerous times had it been held before a crowd.

Unsurprisingly Covid-19 restrictions ensured it would be staged behind closed doors at the English Institute of Sport.

This was the eighth time these baize battlers had met at the World Championship but the first time in qualifying. Or “rock bottom” as Hendry called it.

White, who beat his nemesis Hendry at the World Seniors semi-finals last year, was the bookies’ favourite and had far more riding on this result both personally and professionally.

This was not a classic – in fact it was desperate at times. The opening frame for instance was cagey and tactical, taking almost 22 minutes to complete, with only a high break of 24 to saviour.

After a rerack, Hendry levelled at 1-1 but at an average 29 seconds per shot, this was not exactly quick-fire entertainment.

No wonder he joked with the ref Leo Scullion: “You’ve got a long night ahead!”

The 43-minute third frame was certainly the most dramatic and potentially the most pivotal.

Hendry stole a 2-1 lead after securing a much-needed snooker on the final pink and then smashed in a long pot on the black at the second attempt.

A 53 break in frame four saw him lead 3-1 at the interval and then a brilliant reeling-back-the-years 66 from 62-0 behind put him within touching distance of success.

White won two frames to threaten a potential comeback but Hendry, in his 100th match at a world championship, prevailed in frame nine to justify his decision to end his retirement plans and return to the pro ranks this year.

Hendry has moved a step closer to returning to the Crucible but will face China’s Xu Si next with world No.17 Zhou Yuelong lurking in the third hurdle.

The match was aired on Easter Monday on the Eurosport app and website but not on TV and this angered a lot of punters wanting some nostalgia during this lockdown times.

“I think a lot of people are very disappointed. There is a huge percentage of people that probably haven’t even watched snooker in 15-20 years but just from a nostalgia sake want to watch this match.

“It reminds them of all those finals in the 90s. So a strange decision but I suppose that’s business.”