Stress is a well-known trigger for health concerns, including the disruption of gastrointestinal functions. Could a cuddle help to regulate your emotions and ease bloating discomfort?

Feeling stressed could cause a delay in gastric emptying (how quickly food leaves the stomach).

This delay in gastric emptying can lead to bloating, discomfort, and diarrhoea.

Cuddling produces an anti-stress hormone known as oxytocin, which is released from the hypothalamus in the brain.

Could oxytocin help to regulate gastrointestinal functions? This is what researchers from Penn State University, College of Medicine, wanted to find out.

For their experiment, they directed the pathway (i.e. neurocircuts) and measured the effects on gastric emptying in rats.

This was achieved by infecting the neurons controlling the oxytocin nerves with viruses that enabled the pathways to be activated or inhibited. 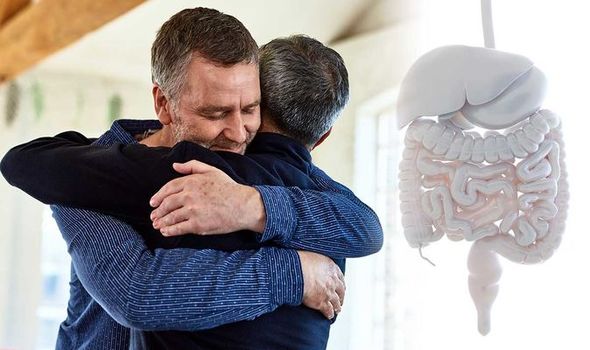 They found that activation of oxytocin circuits could reverse the delay in gastric emptying that normally occurs in response to stress.

Oxytocin played a role in gastric emptying by increasing muscle contractions (motility) of the stomach.

When the rats were exposed to acute or moderate amounts of stress, activation of the oxytocin pathway reversed the delay of gastric emptying.

This suggests that, when facing a stressor, gastrointestinal issues can be reduced by the release of oxytocin.

Moreover, when the oxytocin pathway was blocked, there was a delay in gastric emptying.

This supports the notion that stress can cause gastrointestinal issues.

The data indicates that oxytocin directly influences the neural pathways involved in the stress response. 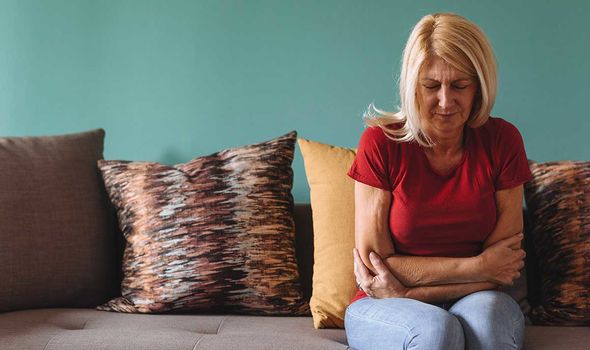 In addition, it plays a major role in the gastric response to stressors.

“And they report a higher prevalence in gastrointestinal disorders”.

In theory, a cuddle with a loved one may help to ease any bloated feelings in your tummy.

This is because cuddling activates the oxytocin pathway, but it’s not the only behaviour to encourage its release.

Any loving gesture, such as being intimate with one another, or giving a massage could boost levels of oxytocin.

In particular, Medical News Today testified that oxytocin is linked with orgasms.

Related posts:
TV and Movies
Sutton Stracke Calls RHOBH a 'Roller Coaster Ride' but Hopes for Another Season: 'I'd Love It'
New Investigative Podcast Chameleon Reveals Details on Hollywood's Biggest—and Weirdest—Scam Artist
‘Borat Subsequent Moviefilm’ Trailer: Sacha Baron Cohen Takes on Coronavirus and Pence
Piers Morgan shares his pride after landing spot on The Sun's famous Page 3
Recent Posts
This website uses cookies to improve your user experience and to provide you with advertisements that are relevant to your interests. By continuing to browse the site you are agreeing to our use of cookies.Ok