Kansas City Chiefs’ Patrick Mahomes was only six when Tom Brady first won the Super Bowl… but by beating the NFL’s greatest, he’ll cement his own place in history as the youngest quarterback to win two rings

Patrick Mahomes is the perfect quarterback. But Tom Brady can end all talk of him becoming the greatest of all time. With six rings that accolade firmly belongs to Brady, whose Tampa Bay Buccaneers host the Kansas City Chiefs on Sunday night in Super Bowl LV.

For Mahomes – and any quarterback – the legacy of Thomas Edward Patrick Brady Jnr looms large.

He was six when Brady led the New England Patriots to their first title 19 years ago. But if the Chiefs win, Mahomes, 25, will be the youngest quarterback to win two Super Bowls – and the first since Brady in 2005 to go back-to-back. 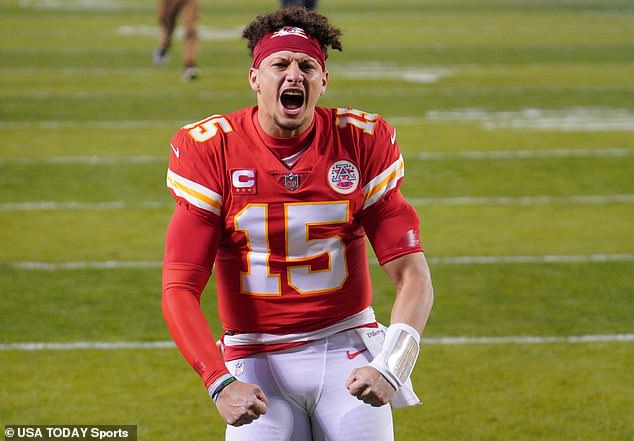 Patrick Mahomes is the perfect quarterback, but he comes up against a legend in Tom Brady

Mahomes is 44-9 as starter, including the playoffs. He is magnificent. A dual threat quarterback without a weakness: a leader, an innovator, and one of only 13 men to win a regular season and Super Bowl MVP.

His achievements are equally impressive off the field.

He speaks out about social injustice and police brutality and urged team-mates and fans to register to vote in the US election. He works tirelessly for his local community in Kansas City and his foundation supports children’s causes.

Time magazine listed him as one of ‘The 100 Most Influential People of 2020’. He’s on his way to becoming the most powerful athlete on the planet.

‘When you’re given a platform like I’ve been given, you want to try and use it and make the world a better place. I truly mean that when I say that,’ he said.

‘I don’t know if they make a better human,’ team-mate Travis Kelce said. ‘Talk about somebody that wants to be in the community and make things better for everybody, make things easier on those that have had it harder in life.’

Brady is happier to stick to sport. After displaying a MAGA cap in his locker in 2015 he circumnavigated a question about his support for Trump this week.

But in September he did say this: ‘Being in the locker room for 20 years and being around guys with every different race, religion, skin colour, background and different states. Everyone [brings] something different to the table and you embrace those things. They expand you in ways that you couldn’t have been expanded if you weren’t exposed to all those different things.’ 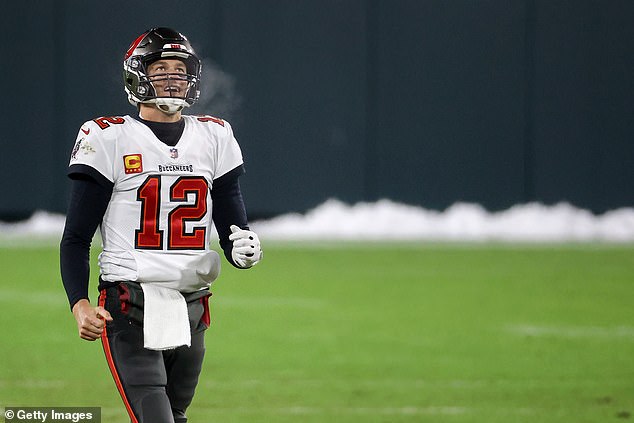 With six Super Bowl rings to his name, Brady is rightly hailed as the greatest of all time

Sunday’s meeting is the fifth between the pair. The record is 2-2 with each game decided by one score.

Two years ago in the AFC Championship game, Brady and the Patriots won 37-31, courtesy of an overtime touchdown. It sent the Patriots into a third straight Super Bowl and Brady’s ninth.

Brady went out of his way to talk to the first-year starter after the game, making the unprecedented step of asking security staff to usher him into the Chiefs locker room at Foxboro.

‘I just wanted to make sure before he left that you let him know what I thought about watching him play all year,’ said Brady.

‘Him saying that he respected what I was doing and how I was playing on the field and the type of person I was, it kind of put a stamp on me that I needed to go in and even be better in order to get to the Super Bowl,’ Mahomes said. 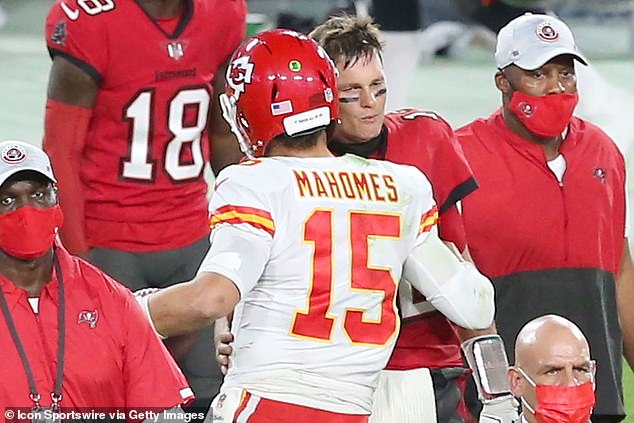 Sunday’s meeting is Brady and Mahomes’ fifth. It’s 2-2 with each game decided by one score

Brady, at 43 the NFL’s oldest active player, has been arriving at Tampa Bay’s facility at 6.15am this week, which caps a remarkable year.

Eyebrows were raised in March as he agreed to join the Bucs, a 7-9 team which hadn’t reached the playoffs since 2007, to ‘see how great I can be’.

While on the phone to general manager Jason Licht and head coach Bruce Arians, Brady asked for the phone numbers of all his team-mates.

He knew the exact amount of hours until the season-opener with the New Orleans Saints. Time was of the essence.

‘The belief he gave to this organisation that it could be done,’ Arians said. ‘It only took one man.’ 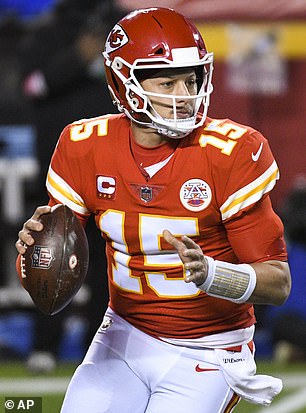 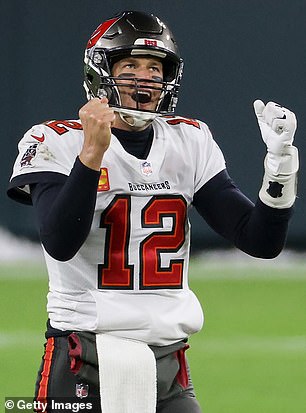 Mahomes signed a new contract in July while Brady, 43, shows no signs of slowing down either

And while Mahomes is staying in Kansas City after signing a $503million, 10-year extension in July, there is no sign of Brady slowing down either.

After throwing for 4,633 yards in the regular season – the fifth highest tally his career – he said this week: ‘I think next year is going to be a lot better than this year,’

‘I feel like I’ll be in a much better place mentally. I’m going to train a lot better – physically next year I’ll be in a better place. I know as soon as this game ends, we’re on to next season.’