Pod save us all.

YouTube star Tana Mongeau has nabbed a multimillion-dollar deal to launch and host a podcast, “Canceled With Tana Mongeau,” in partnership with The Paragon Collective, Page Six can exclusively reveal.

We’re told Mongeau’s ‘cast will cover pop culture and current topics and will feature influencers and celebrities talking with her in her newly-built West Hollywood studio.

“I have had many offers to do my own podcast, but now is the time to open up the vault.”

“Canceled” will be available on all platforms.

As Page Six previously reported, 23-year-old Mongeau signed with new management in order to “become a new and different household brand.” She also has been working with Dr. Buzz Mingin, the wellness guru behind Justin Bieber’s mental reset.

But Mongeau came under fire this week when she tweeted about Tristan Thompson’s presence at her birthday party, shortly after Page Six revealed the Good American co-founder and Thompson had broken up again. 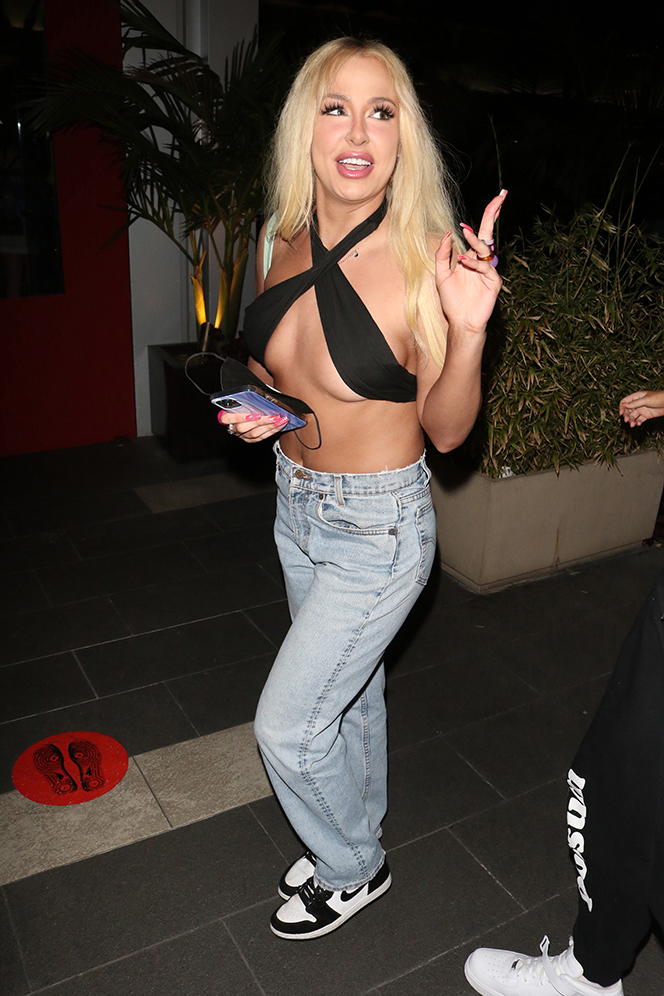 “All i know to tweet about my birthday party last night is that tristan thompson was one of the first attendees,” Mongeau posted.

“Like babe where’s true,” she added, referring to Thompson and Kardashian’s 3-year-old daughter.

The “Keeping Up With the Kardashians” star seemed to show her support for her ex when she “liked” a tweet from a fan who shaded Mongeau for her uncalled-for message.

“Shut the f–k up. This screams attention-seeking at its finest bc you know damn well that man gon make headlines over anything pertaining to women,” the tweet read.