Thanking the fans. Taylor Swift took home her 11th MTV Video Music Award during the Sunday, August 30, show, virtually accepting the VMA for Best Direction for “The Man” — the first music video she had ever directed.

“This is the very first video that I ever directed on my own and I’m so grateful for this,” Swift, 30, said, acknowledging her two female producers on the project who helped her gain the confidence to direct the video. “I wanted to take a moment to say thank you to the team who believed in me as a first-**time director and made this video with me.” 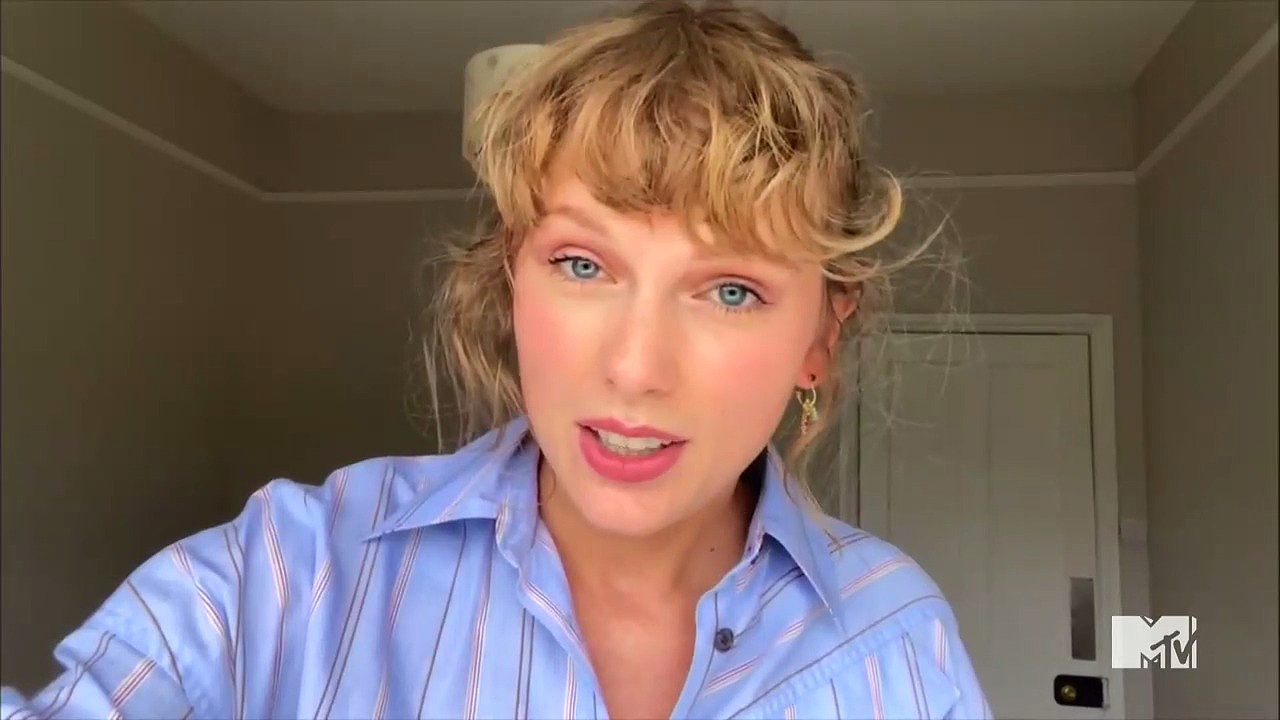 The Folklore songstress then shouted out everyone who honored her by voting and believing in her.

“I was told this is an industry voted award, so I want to say everyone in the industry who voted for this video,” the four-time Grammy winner stated. “I also really want to thank the fans because you are the only reason that the industry cares about anything I do. Everything you guys have done with Folklore this summer, I’m just so blown away and taken aback by your generosity to me. So thank you for everything. I hope I get to see you soon.”

Swift’s industry comment comes nearly a year after getting in a very public dispute with music manager Scooter Braun. In November, the writer claimed Braun and Big Machine CEO Scott Borchetta held the rights to her music and she wasn’t allowed to perform them. Braun denied the claim.

In December 2019, the Pennsylvania native opened up about the “shift” in the industry.

“I feel [it] is a potentially harmful force in our industry. And, as your resident loud person, I feel the need to bring it up. And that is the unregulated world of private equity coming in and buying up our music as if it was real estate — as if it’s an app or a shoe line,” she stated at the Billboard Women in Music event.

VMAs’ Wildest Moments Through the Years

“This just happened to me, without my approval, consultation or consent. … After I was denied the chance to purchase my music outright, my entire catalog was sold,” Swift continued. “And yet, to this day, none of these investors have ever bothered to contact me or my team directly to perform their due diligence on their investment in me to ask how I might feel about the new owner of my art, my music, my handwriting.”