Founder and CEO of Mount Inspiration Apparel Evans Prater and General Manager Mary Grace Flattery discuss Mary being a 19-year-old in a manager position and the communication and leadership aspects that come with it.

Teens in the U.S. are spending a little more than they did in the earlier half of 2021 and they’re choosing to put their money into their favorite brands.

Investment banking company Piper Sandler & Co published its 42nd Semi-Annual Taking Stock With Teens Survey to determine where teenage consumers are likely to shop during the fall season. According to Piper Sandler’s updated survey, which consulted 10,000 teens across 44 U.S. states, self-reported annual spending went up to $2,274 – a $109 increase from the average annual spending figure Piper Sandler reported in its previous survey ($2,165 per year).

"With 91% of teens returning to school in-person, we are not surprised to see time allocation in mall-based specialty pick up," said Piper Sandler’s Senior Research Analyst Erinn Murphy, in a statement. 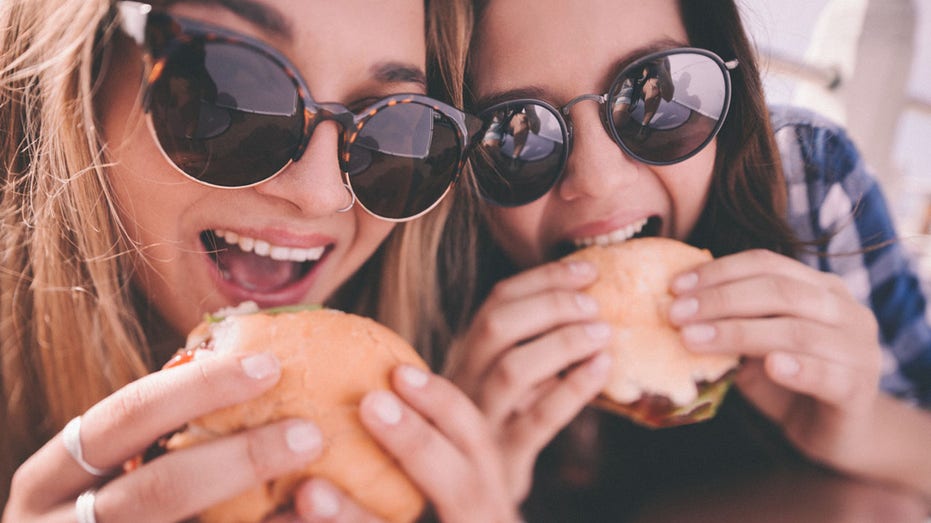 Teens in the U.S. are spending a little more than they did in the earlier half of 2021 and they’re choosing to put their money into their favorite brands. (iStock)

Apparel was the leading spending category for nearly a quarter of American teens – 22% – and this trend has reportedly stayed consistent since fall 2014. According to Piper Sandler, the apparel category was led by teen girls who come from high-income households and athleisure brands, including Nike, Adidas and lululemon.

Food came in as close second for teens overall at 21%. The five chain restaurants that are gaining teen dollars are Chick-fil-A, Starbucks, Chipotle, McDonald’s and Olive Garden. 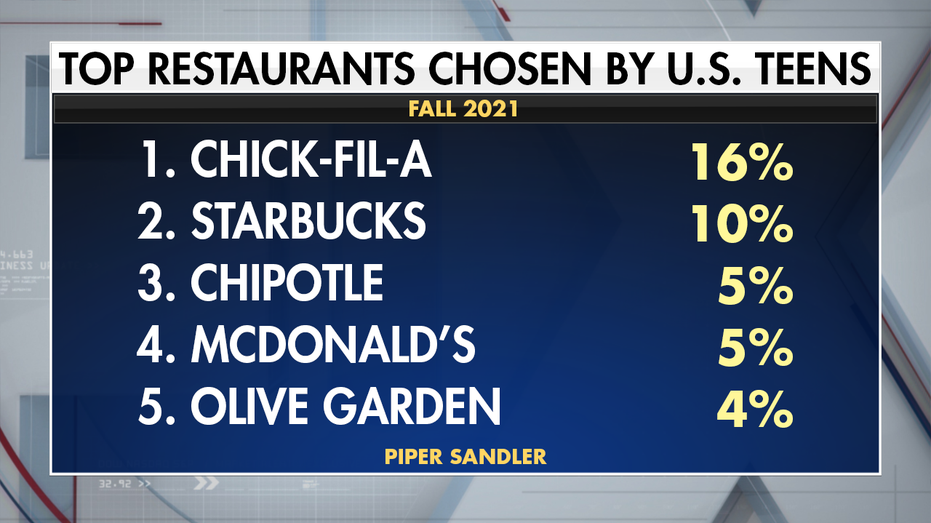 Of those who were surveyed, 14% told researchers at Piper Sandler that they consume plant-based meat. Impossible Foods beat out Beyond Meat with 40% of plant-based teens opting for Impossible’s soy protein concentrates over Beyond’s pea protein.

Beauty retailers and brands also saw a shift in teen shopping habits. Ulta Beauty maintained its top spot with 46% of the teen market share, much like it did in Piper Sandler’s previous survey from April. Sephora came in at second place with 21% of teens choosing the prestige beauty retailer as their top choice, which is down 3% from what survey respondents chose during Piper Sandler’s last survey.

Spending on haircare went up by 8% and spending on fragrance went up by 14% while the skincare and cosmetics categories have lagged. 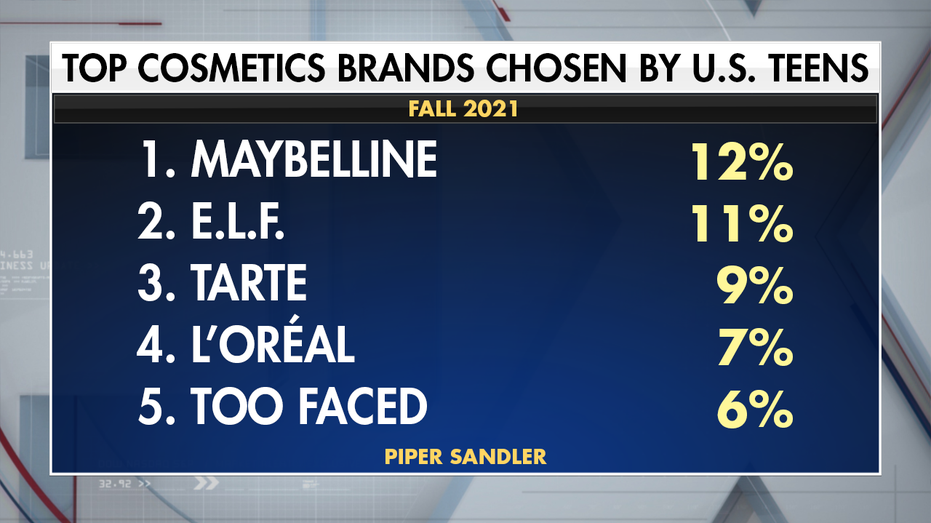 Maybelline climbed up to become the top cosmetics brand among teen consumers at 12% – up from third place (9%) from April. In ascending order, e.l.f. Cosmetics, Tarte Cosmetics, L’Oréal and Too Faced Cosmetics were the four other beauty brands teens gravitated towards.

Regarding where American teens are doing their digital banking, Venmo was the top payment app survey respondents chose at 22%. Cash App, Paypal, Bank of America and Zelle are the next four apps teens picked, a spokesperson for Piper Sandler told Fox Business. 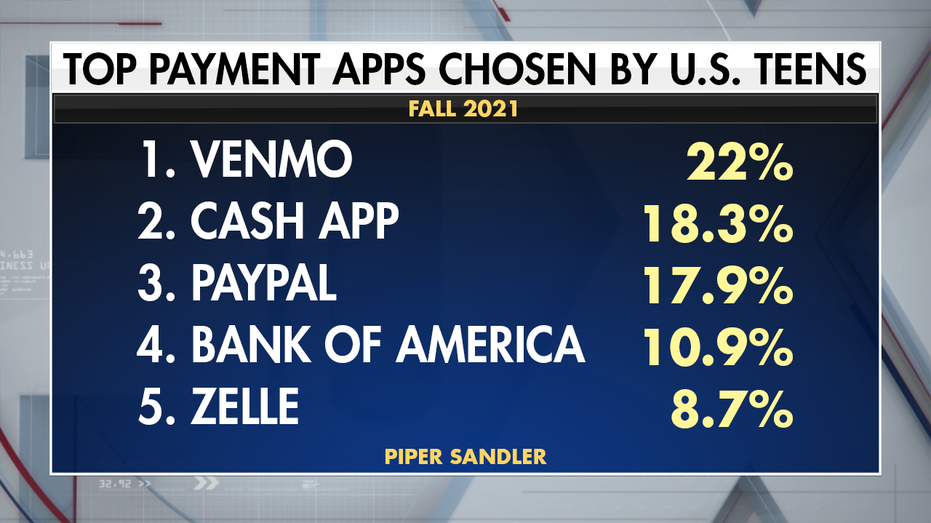 Cash remains the top payment method that teens use when making purchases. It’s followed up by Apple Pay, PayPal, prepaid cards and checks.

The average age of Piper Sandler's survey participants was 15.8-years-old and 38% of these teens were employed part-time. On average, these teens came from a household that made $67,755 in total income, according to Piper Sandler’s findings.