This week scientists announced they had stumbled upon life beneath the ice shelves of Antarctica, with one claiming the discovery “shouldn’t be there”. James Smith and Paul Anker from the British Antarctic Survey (BAS) drilled through the 900-metre-thick Filchner-Ronne ice shelf and dropped a camera down the hole in search of mud on the seabed. To their surprise, they accidentally found a boulder ringed by animals, with footage appearing to show 16 sponges, accompanied by 22 unidentified creatures.

While it could be a breakthrough for understanding life beneath the ice shelves, it is not the first time scientists have been shocked by the marine ecosystem in the frozen continent.

In 2018, Dr Jon Copley headed 2,000 metres below the waters surrounding the frozen desert in a Human-Occupied Vehicles (HOV) as part of the BBC’s Blue Planet series.

Dr Copley explained that, a century ago, “people were pushing across the Antarctic on land and exploring it, but the deep ocean around Antarctica is just as blank to us now as it was 200 years ago”. 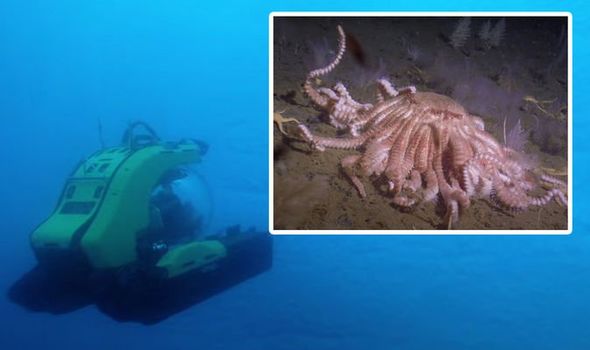 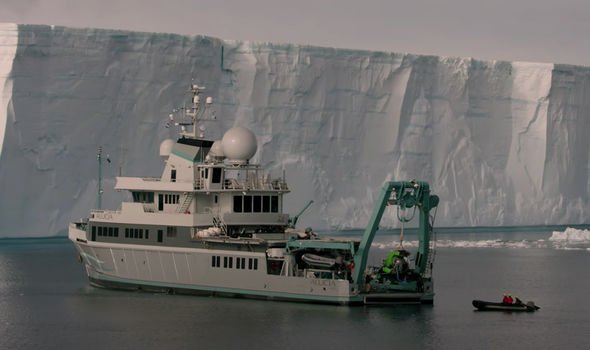 He added: “We have the technology to reach into the ocean depths. It’s such a mix of emotions — it is exciting, it is thrilling, and yet, it’s also slightly terrifying.

“You’re not quite sure what the outcome is going to be, but if you reach into the unknown, you are going to come back with something that you didn’t have before.

“No one has previously dived 2,000 metres in Antarctica. It’s a huge opportunity to be involved in this kind of exploration.”

Dr Copley explained what he saw as he reached the 1,000-metre mark.

He added: “You’re just seeing the world with fresh eyes for the first time. 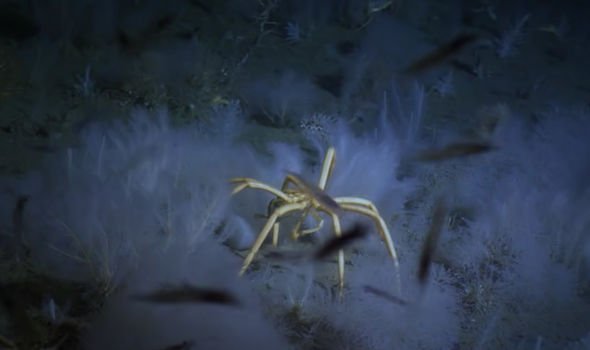 “Krill are one of the most important parts of the ecosystem here.

“They are food for so many of the inhabitants here, and they’re so numerous they really dominate the oceans around here.

“It’s thicker than I’ve ever seen it anywhere else in the world’s oceans.”

But the expert spotted something incredible during his descent. 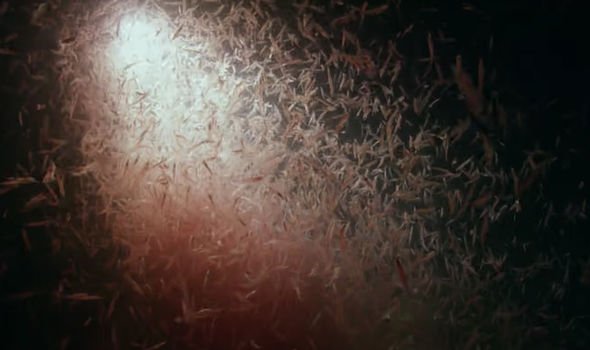 He explained: “It’s incredibly rich marine life we are seeing here, It’s a sort of a living carpet.

“Just on one rock, I counted more than a dozen species, just by eye.

“That oxygen-rich water that’s sinking past us is really giving us this lush, living landscape.

“One of the animals that has amazed us, we’ve nicknamed the death star. It’s an Antarctic Sun starfish.”

Dr Copley detailed why he was so impressed with the starfish. 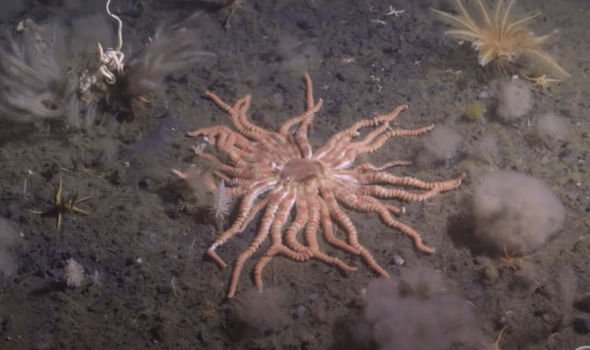 He said: “It’s got up to 50 arms, and the tops of the arms are covered with tiny little pincers that immediately snap shut when anything brushes past them.

“There aren’t many fish predators that can cope with the cold conditions here, so it can wave its fishing rod arms about and they don’t get bitten off.

“It’s the invertebrates, it’s the animals without backbones that dominate and dominate as predators, and that’s how the oceans were more than 250 million years ago.

“What we’re doing right now is exploration in its purest sense. We are seeing parts of our planet no one has seen before, that no one has ever visited before.”