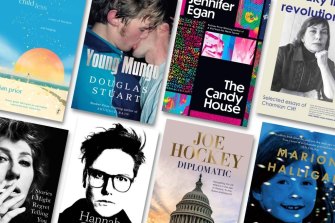 It’s that time of the month when the new books start pouring into bookshops, ready to be stacked on shelves.

Pulitzer Prize winner Jennifer Egan has a new novel out, and Douglas Stuart gives us the follow-up to his acclaimed debut, Shuggie Bain. There’s something for crime fiction enthusiasts with Everyone in My Family Has Killed Someone by Benjamin Stevenson.

And if you’re looking for a riveting non-fiction read, we’ve got you covered. Acclaimed comedian Hannah Gadsby and singer-songwriter Martha Wainwright release new memoirs, while Joe Hockey takes us inside his term as Australia’s ambassador to the US.

Here are 10 eye-catching titles that might tickle your fancy. 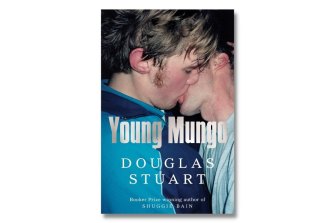 Douglas Stuart’s “Glasgow gloom” first novel, Shuggie Bain, won the Booker a couple of years ago, so there’ll be plenty of interest in his second. Young Mungo is an across-the-sectarian-divide story of queer first love that challenges the testosterone-driven violent culture the two Glaswegian protagonists come from. Of course, there are some similarities with the first book, not least in another alcoholic mother. It’s about masculinity, family, and love. 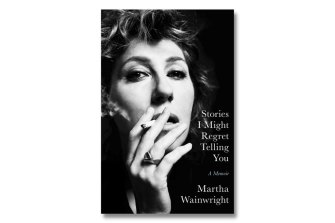 The singer-songwriter spent seven years writing this memoir, which she has described not as a rock biography, but the story of a woman who happens to be an artist living a creative life in the middle of a modern family – a rather talented family – that involves the things we’re all familiar with: children, parents, births, deaths and more. “Music,” she writes, “has always been the way I supported myself, except for a stretch of time when I was seventeen.” 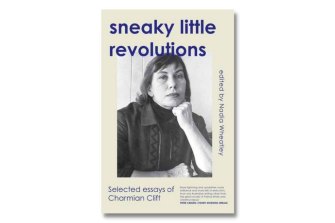 Charmian Clift was a prolific essayist, with many of her essays appearing in The Sydney Morning Herald. She was also a significant memoirist, novelist and collaborator with her husband, George Johnston, with whom she lived for several years on the Greek island of Hydra. In 2001, Nadia Wheatley published a biography of Clift that won The Age non-fiction book of the year award and also edited the first edition of this revised collection. 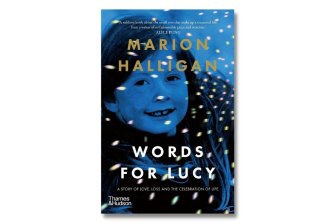 It’s been seven years since the much admired writer Marion Halligan – remember the delicious Lovers’ Knots, which won The Age book of the year in 1992 – published a book. Now she’s back with a beautifully written, heart-rending memoir about the death of her daughter Lucy at the age of 38. Born with a heart defect, Lucy had stayed at home virtually all her life, but lived it to the full. This book is how her mother remembers her and how those memories bring Lucy back to vital life on the page. 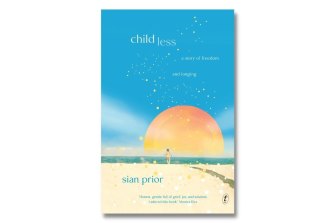 Musician and broadcaster Sian Prior follows on from her first memoir, Shy, in which she wrote about her social anxiety and the end of her long-term relationship, with a personal reflection on why she wanted a child, what steps she took to have one, why she failed and the dismissive way in which women without children can be treated in our society. “Do I write to know why I am childless?,” she wonders. “To know what I have done with my childlessness, and why? Or to understand those things? I want to do both.” 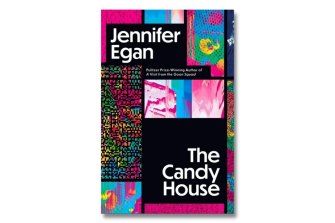 It’s been a long wait, but at last the American novelist has returned to the world of her acclaimed novel A Visit to the Goon Squad. Some of the same characters appear and, like the earlier book, the manner in which Egan tells each self-contained but linked story varies in technique and style. She will appear at Sydney Writers’ Festival in a live video link. 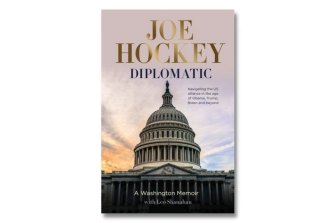 He spent more than 20 years in federal parliament, served two years as Treasurer but surely nothing prepared Joe Hockey for his four years as Australia’s ambassador to the US during the Trump incumbency? Almost immediately he was confronted with the leak of details of the fierce phone call between Trump and Malcolm Turnbull over the refugee deal Barack Obama had signed with Australia. This memoir tells of his official and personal dealings with Trump and a whole lot more. 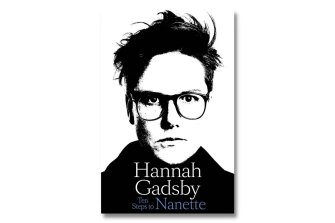 When Hannah Gadsby performed Nanette at the Melbourne International Comedy Festival in early 2017, our reviewer said “a palpable anger and a fierce sense of conviction fuel this show and make it abundantly clear why she’s had enough – of trolls, politics and the patriarchy; of discrimination and violence …” It was a huge local and international success, but this memoir examines the defining moments in her life that took her to Nanette and beyond. 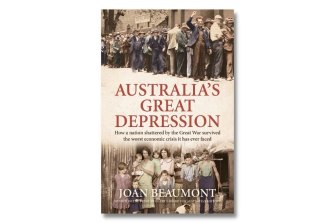 It was one of the formative events of 20th-century Australia, sandwiched between two others – the first and second World Wars. Our impending review, by professor Joy Damousi, rates Joan Beaumont’s history of the period and its impact as “the most authoritative historical work on Australia and the Great Depression to date”. Beaumont examines the economic causes and the experience of people in all walks of life and how we emerged intact. Personal, political and revealing. 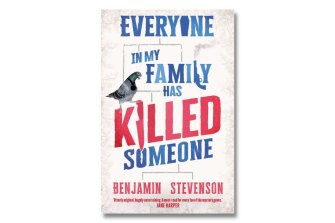 Everyone in My Family has Killed Someone, Benjamin Stevenson

He’s a comedian as well as an author and in his third crime novel he says he “took the rule book of crime fiction and threw it at the wall and just tried everything, literally everything”. He had two ideas when he started: to write something that had elements of both classic and modern crime fiction and to give away the overarching mystery almost immediately. What’s the solution? Read it yourself and see if he’s succeeded.