If you’re a “soon-to-be ex-president” who is about to lose “legal immunity” and your lawyer has gone to jail, boy, do we have a very specific law firm for you.

On Thursday — the same day President Donald Trump is slated to accept the GOP presidential nomination at the Republican National Convention — some Americans opened their local newspapers to find a glorious, full-page ad by “The Daily Show.”

The ad features host Trevor Noah and staff dressed up as “presidential attorneys” ready to offer the commander-in-chief their fake legal services. 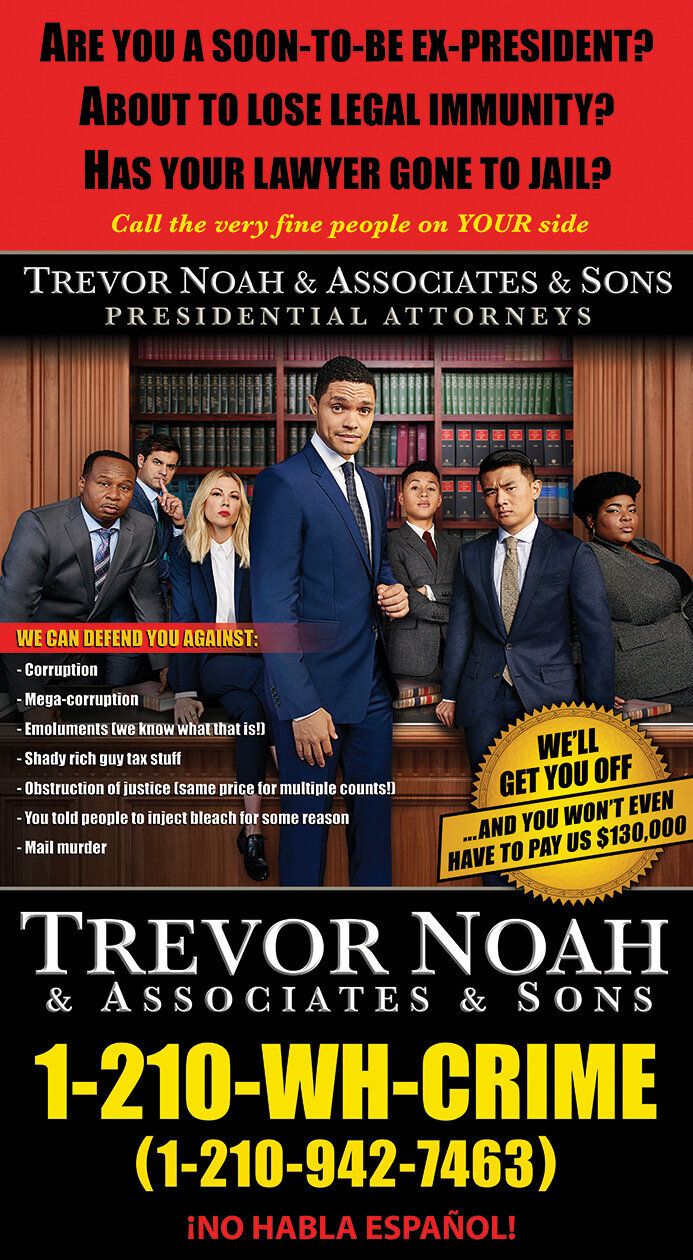 The parody ad for the faux legal firm of Trevor Noah & Associates & Sons — which ran in The New York Times, The Washington Post and The Los Angeles Times, per Deadline — is brimming with jokes that call out Trump for many of his alleged crimes including “corruption” and “mega-corruption.” Noah’s firm also offered to help Trump with any legal situations that may arise due to the president suggesting that Americans “inject bleach for some reason” during the coronavirus pandemic, and touted its proficiency in “shady rich guy tax stuff” — a reference to Trump’s ongoing refusal to release his tax returns.

Many Twitter users loved the bogus ad, and some posted photos of it on the social media platform.

We’ll let you have fun with whatever happens next.