Shopping for clothes that fit hasn’t always been the easiest task for me which is why I'm a shameless patron of men's clothing stores. I'm almost six feet tall so buying pants that are long enough is a challenge—let’s just say I’ve been wearing culottes long before they were cool.

My shoulders are broad and my arms are long, so buying jackets that don’t make me look like a squished-up hot dog is its own special treat, too. And, to complicate matters, I wear a size 11 shoe. It’s gotten easier in recent years to find footwear in my size, but trust me when I say a surprising number of brands seem to assume no woman could possibly wear shoes larger than a 10.

When I was a teenager, my height and frame were hard to deal with at times. I was embarrassed by it, often left thinking that I was somehow less feminine because I'm not petite or super slim.

But, over the years, I've grown into myself, and along the way, I've discovered one simple style trick that makes being tall, with broad shoulders, and size 10 in clothing, a hell of a lot easier: I voraciously shop men's clothing stores.

It started naturally enough: Most people steal clothes from their mom; I steal clothes from my stepdad including—but not limited to—his button-down shirts (I love that they're actually oversize on me), an old tuxedo jacket that I wear with just about everything I own (from sweatpants to gowns), and a brown felt fedora he used to wear to work in the 1980s (I wear it with jeans and T-shirts). 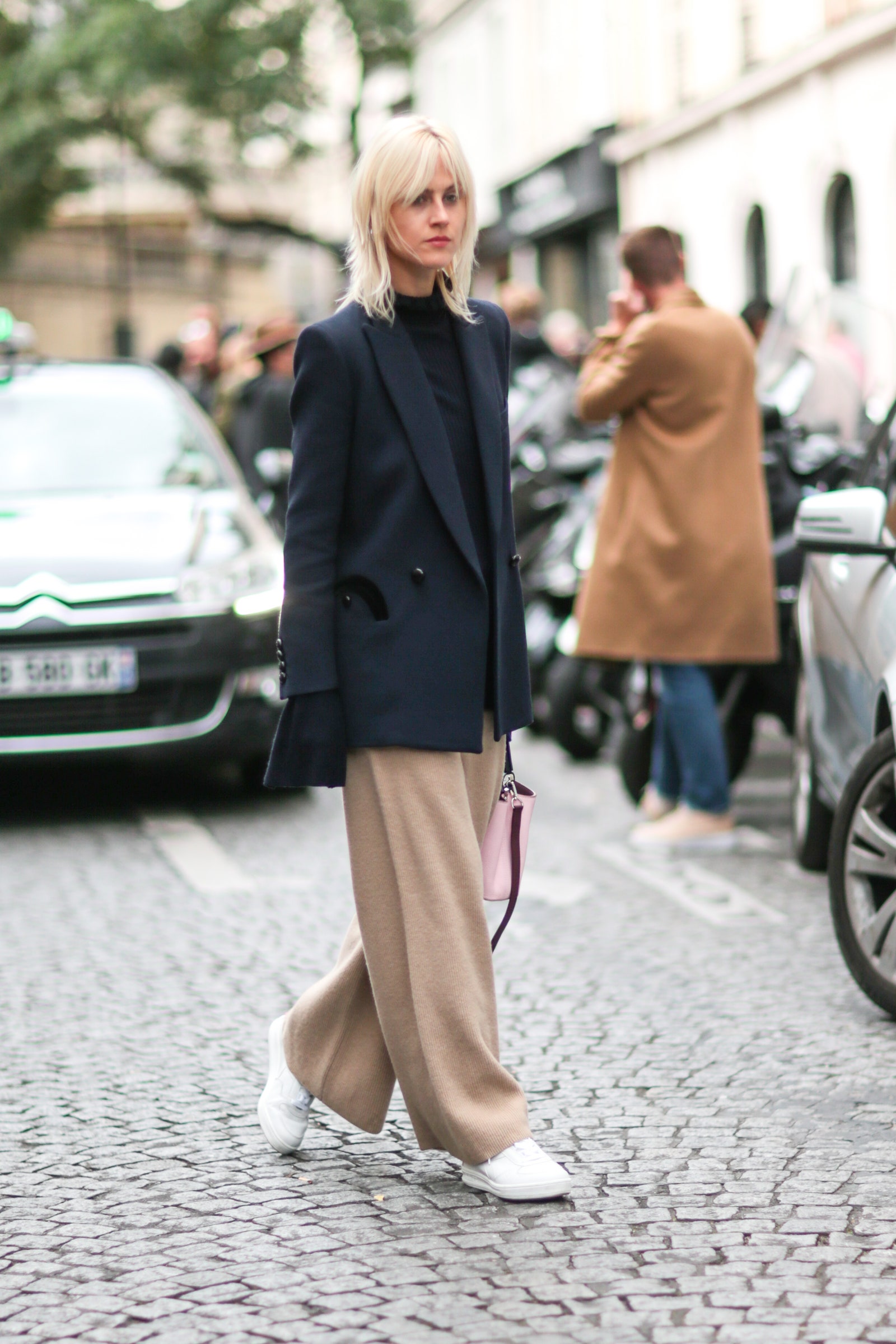 A men’s suit jacket is the perfect oversized fit. 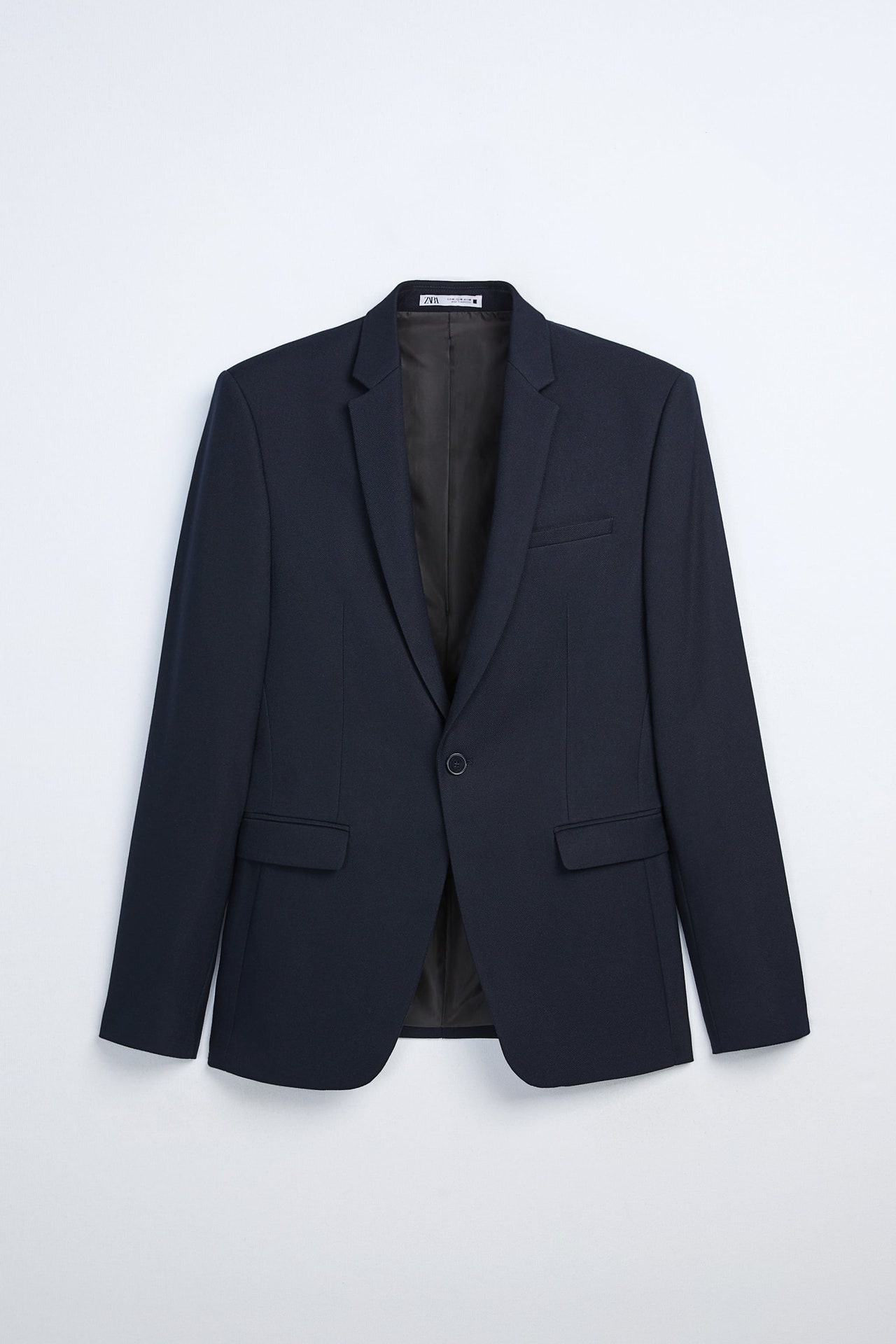 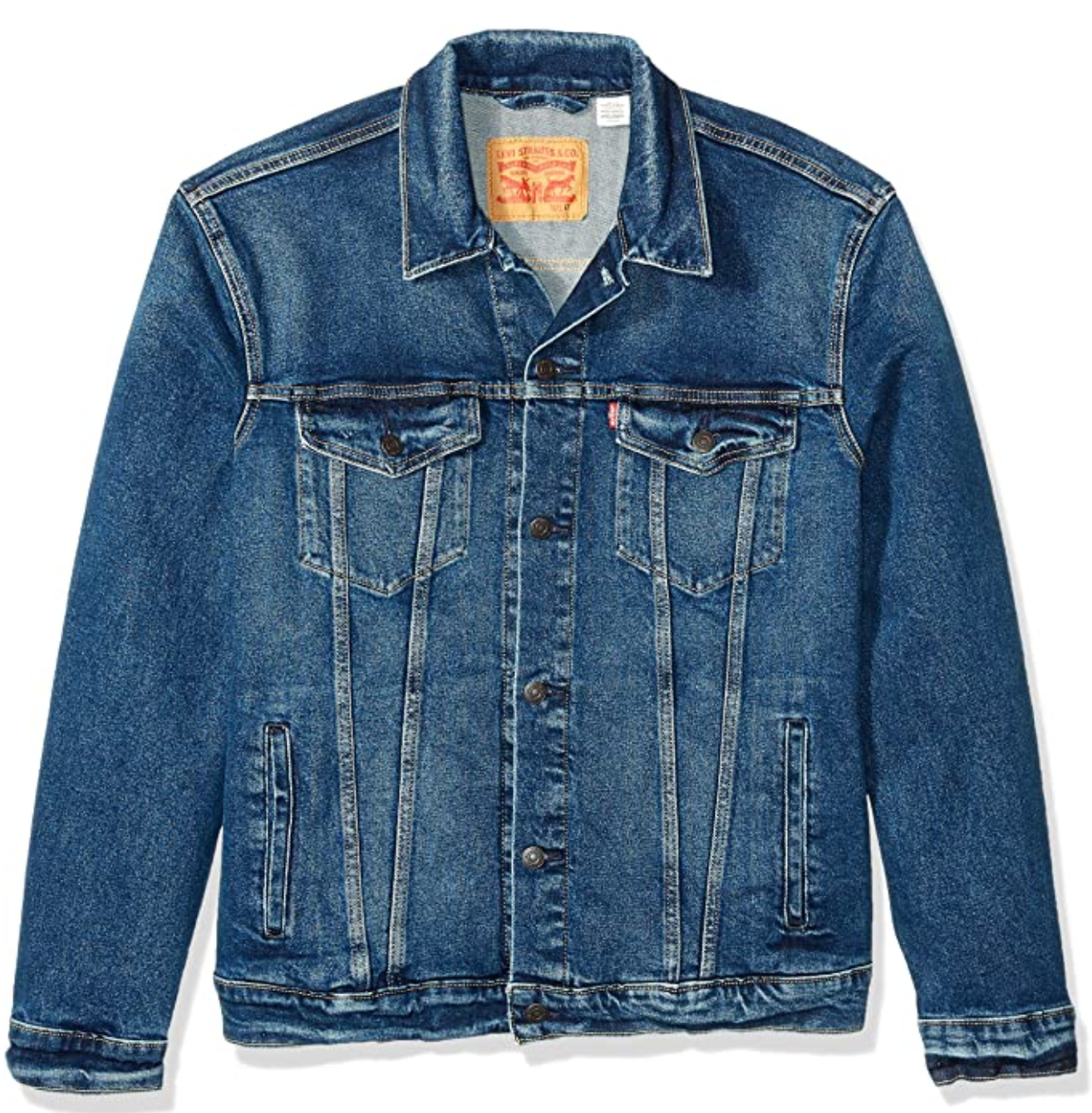 From there, it was a hop, skip, and a jump to regularly browsing the men's department at stores and online—I now buy vintage men’s Levi’s on eBay, because why spend $200 on designer “boyfriend jeans” supposedly designed for women when I can buy the real thing for 20 bucks?

Shopping this way has led me to discover some of my all-time favorite wardrobe staples. Brooks Brothers’ noniron shirts are now my daily go-to (seriously, these shirts are the absolute best, and no, the retailer isn’t paying me to say that). Champion sweatshirts, J.Crew men’s belts, and men’s leather jackets are on regular outfit rotation in my closet. One of my favorite bags was even designed for men: a Montblanc portfolio that I wear as a clutch (it’s big and roomy and fits all my stuff—seriously, why don’t brands design women’s bags like this?). 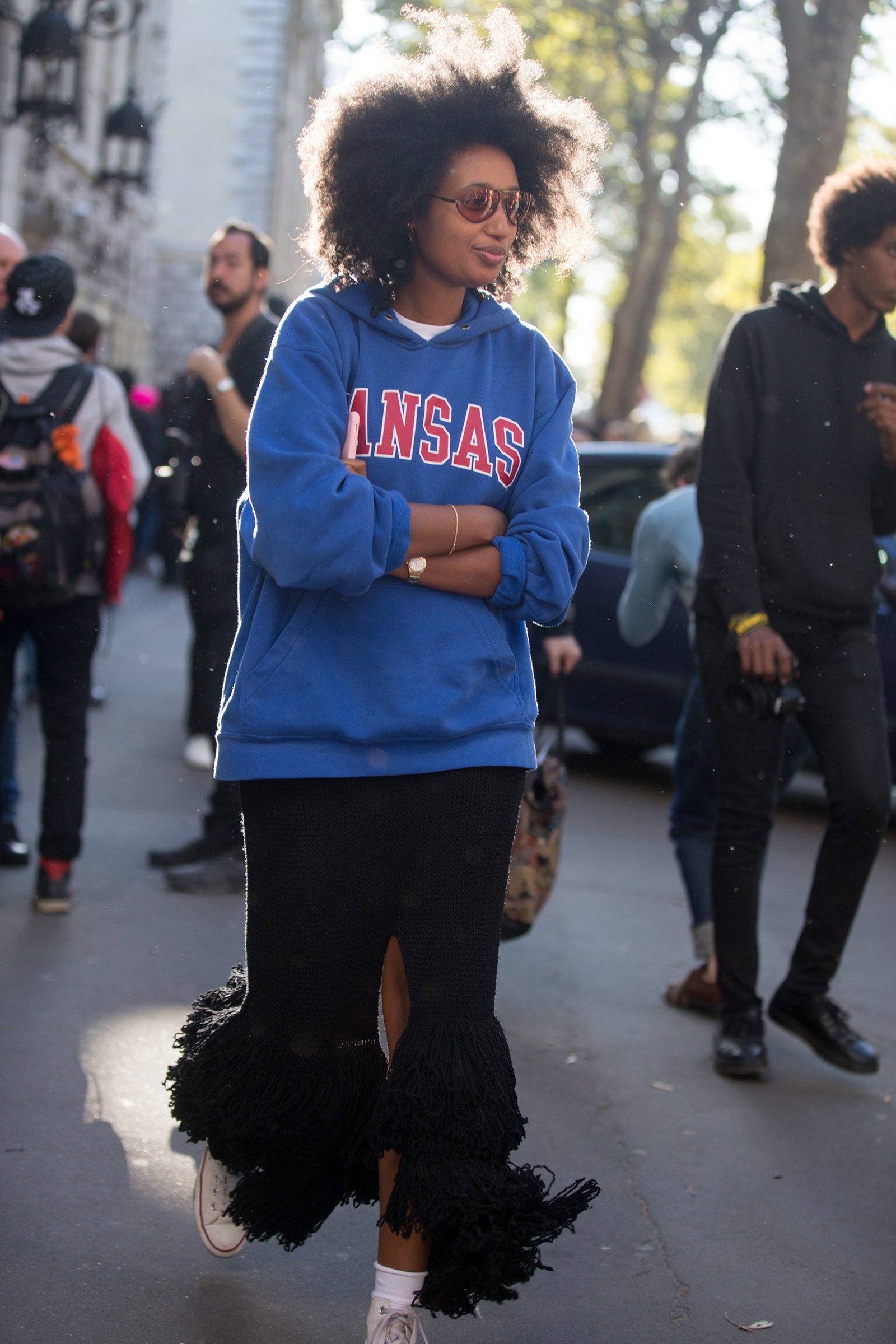 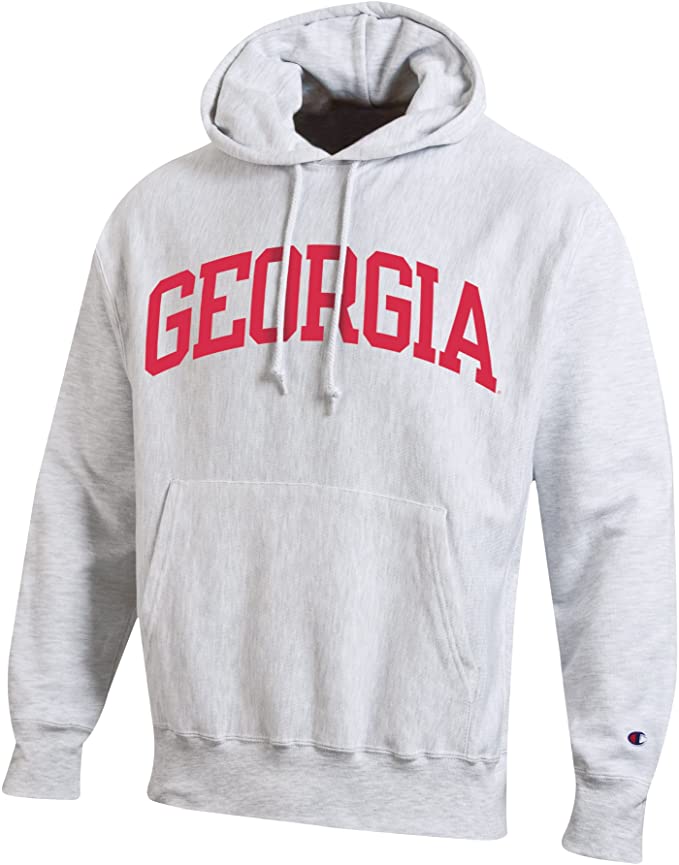 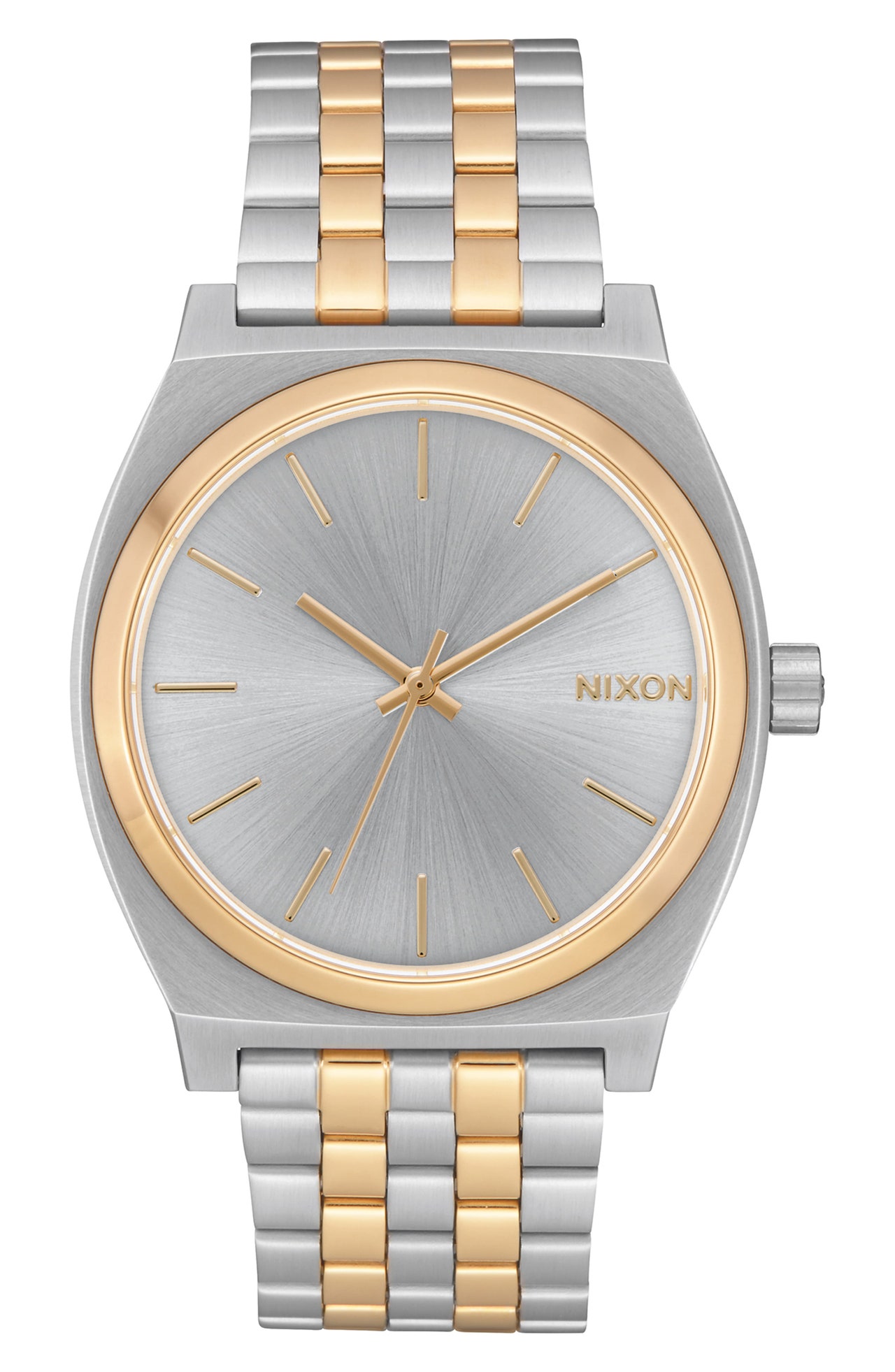 The more I’ve shopped in the men’s department, the more I’ve noticed it's also cheaper. We have a little thing called the women’s tax (it’s also sometimes called the pink tax) to thank for that, which is basically the premise that essentials costs more when marketed to women. So along with the gender wage gap, which is alive and well, women are paying more for basic necessities like conditioner, razors, and deodorant.It's a point that's been getting a lot of attention lately, and I can confirm firsthand it’s clearly being levied not just on beauty products but also on clothes—I can’t count the number of times I've picked up a polyester sweater in the women’s side of the store, only to find the merino wool version in the men’s section for almost the same price.

According to a study released by the New York City Department of Consumer Affairs in 2015, women’s jeans cost 10 percent more than men’s, on average. The study also found that products marketed to women actually cost more a whopping 42 percent of the time. 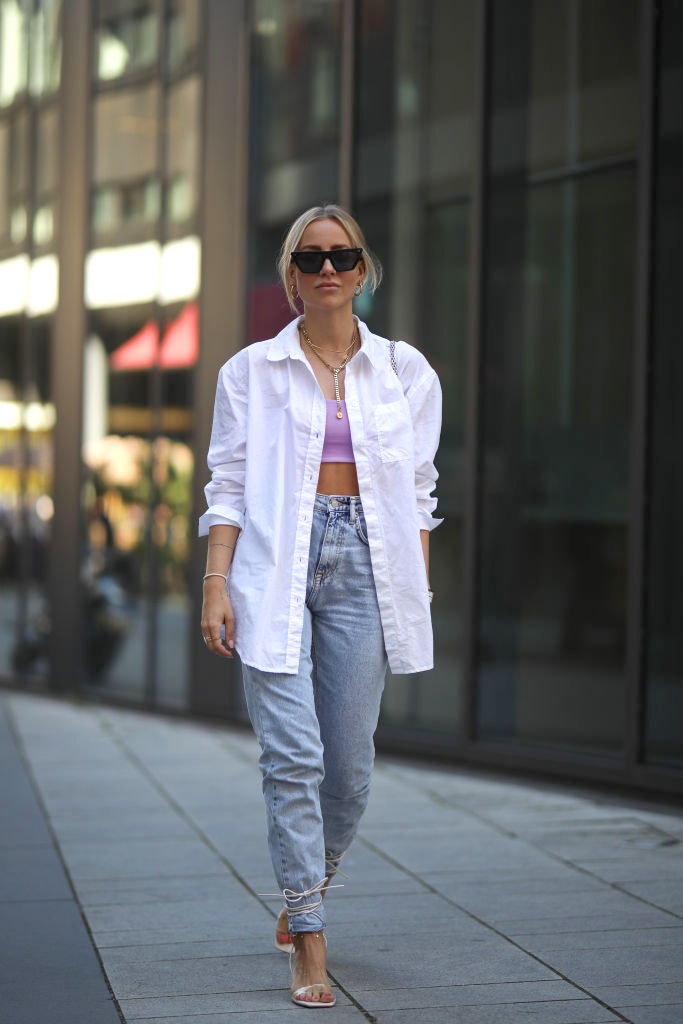 Go for a men’s button-down for an effortless vibe. 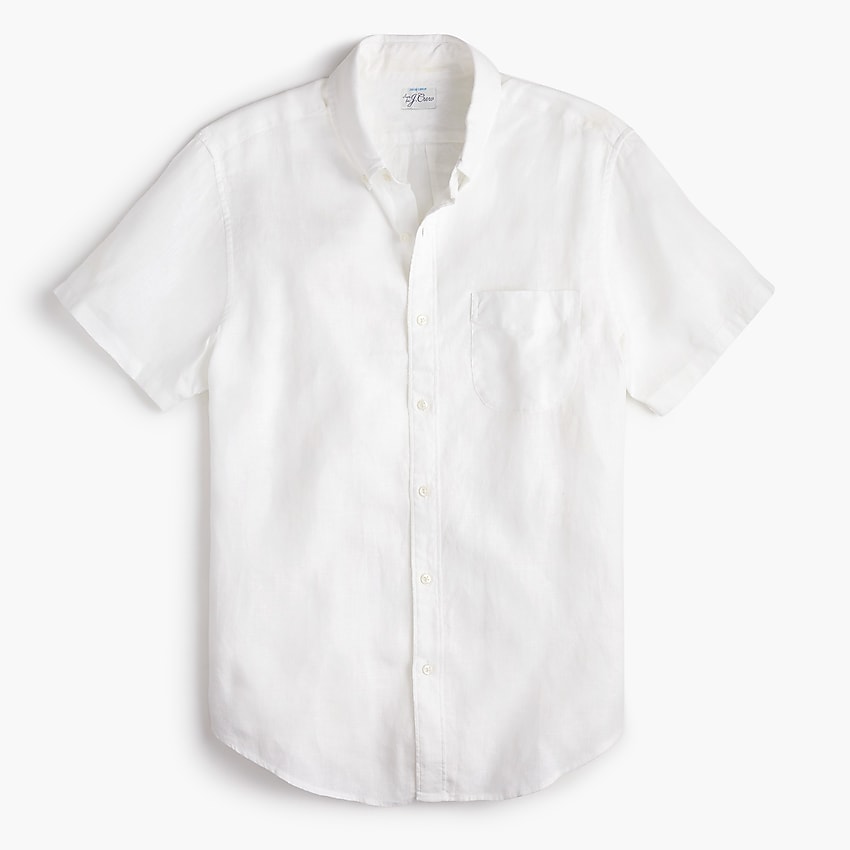 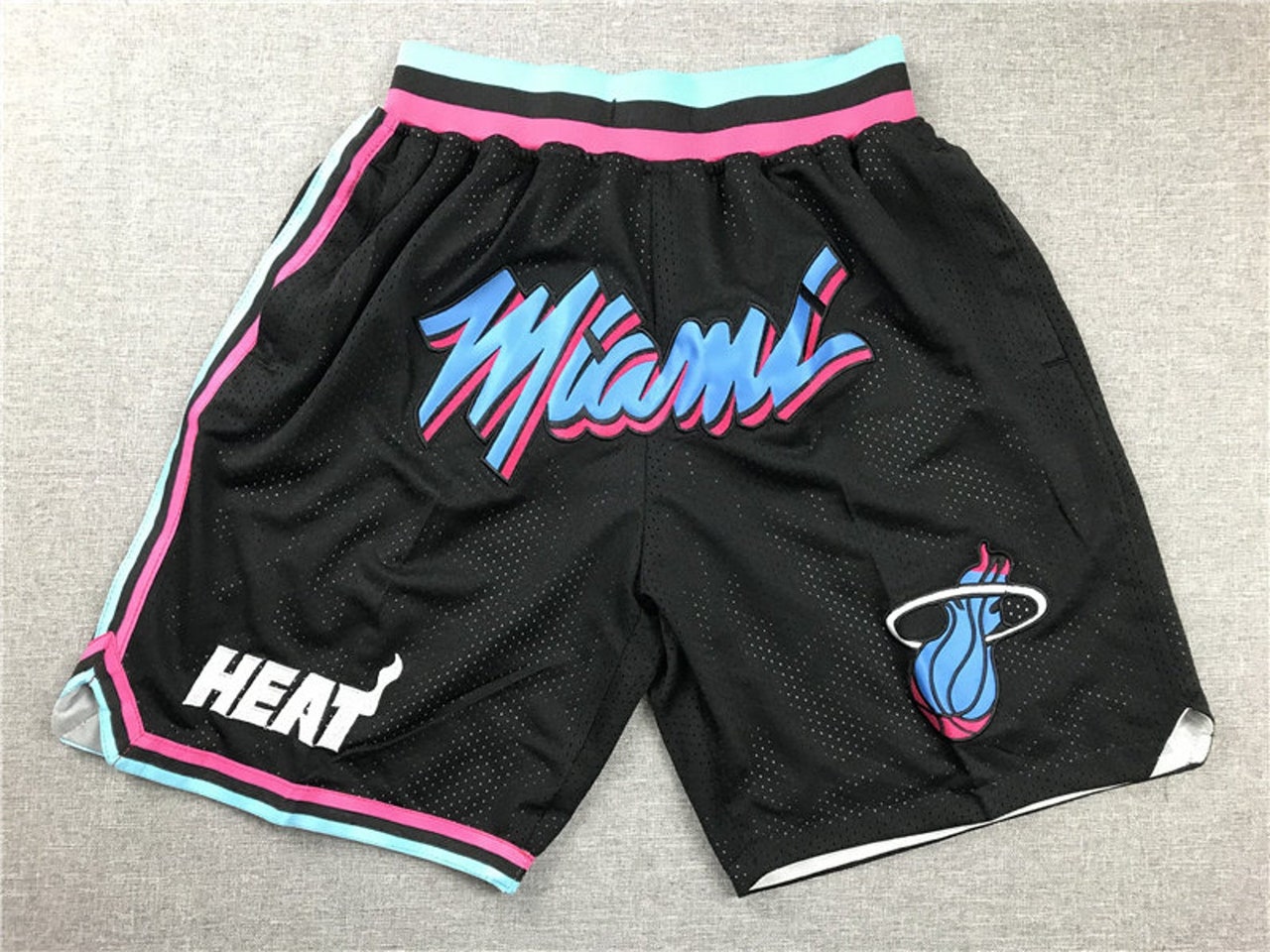 It's more than just the sizing and the pricing that draws me to men's clothes; it's that sometimes what's designed for men simply looks more modern and not as precious. (Button-down shirts, for example, are made without those dated ribcage seams women’s versions so often have, preventing a genuinely slouchy fit.)

There's a reason some of the hottest brands right now are offering gender-neutral collections—everyone from Diesel to Mother Denim to Zara. Increasingly, the casual clothes men and women want to wear are essentially the same.

Not all retailers, of course, have caught up. And until they do, I am more than happy to buy my oversize sweaters and button-downs in the men’s section, where the clothes actually fit me and are cheaper to boot.

Believe me when I say you don't need to be tall to find men’s pieces to love. Women of all sizes—even the most petite girls—can find cool pieces that provide a genuine effortlessness that's sometimes hard to come by in the ladies' department. 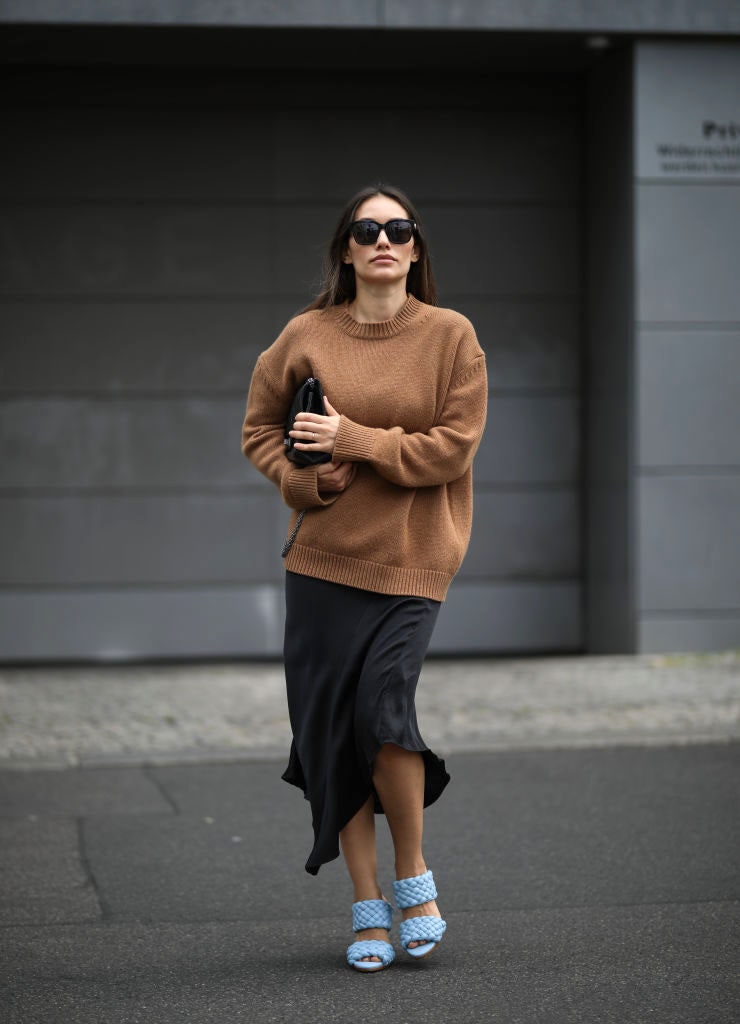 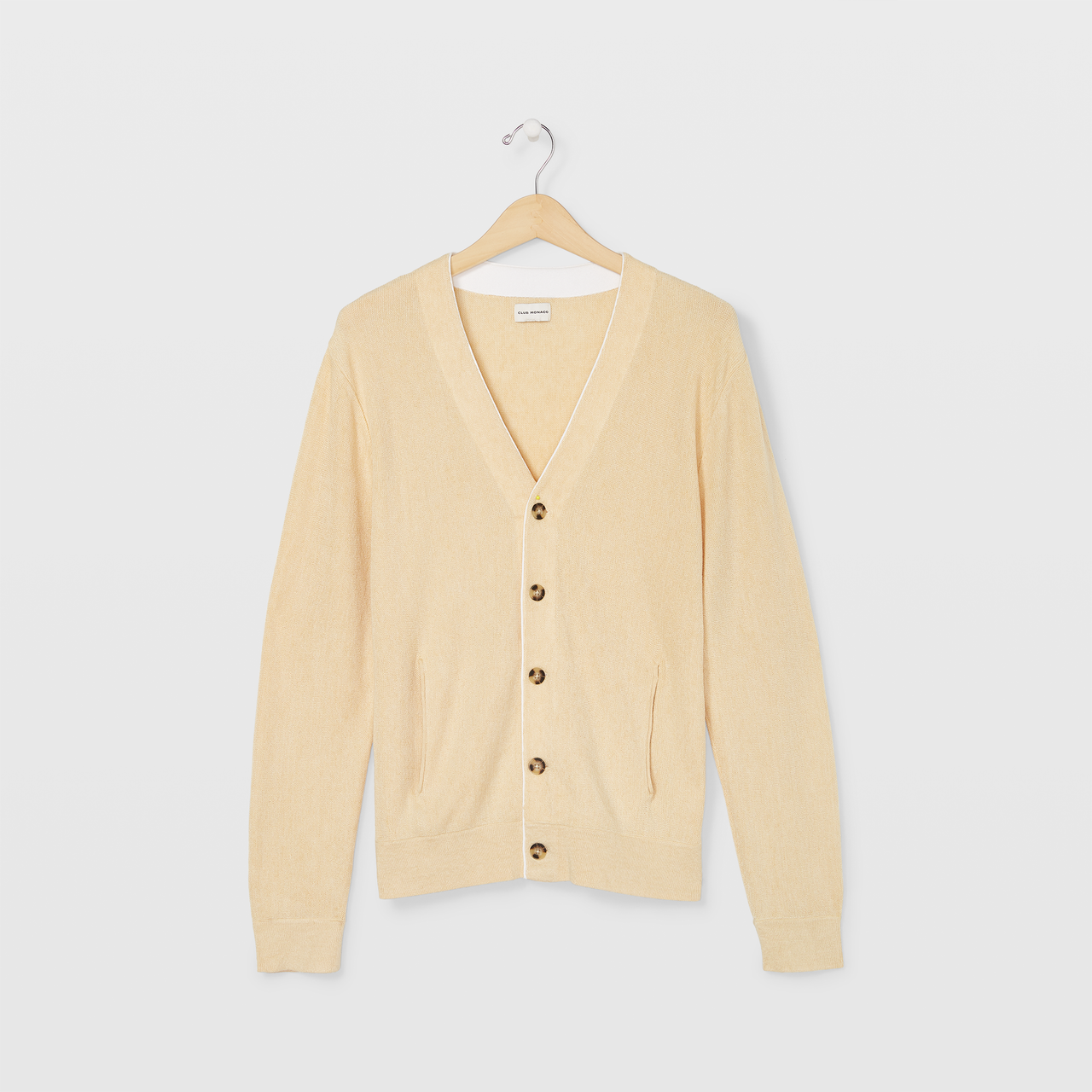 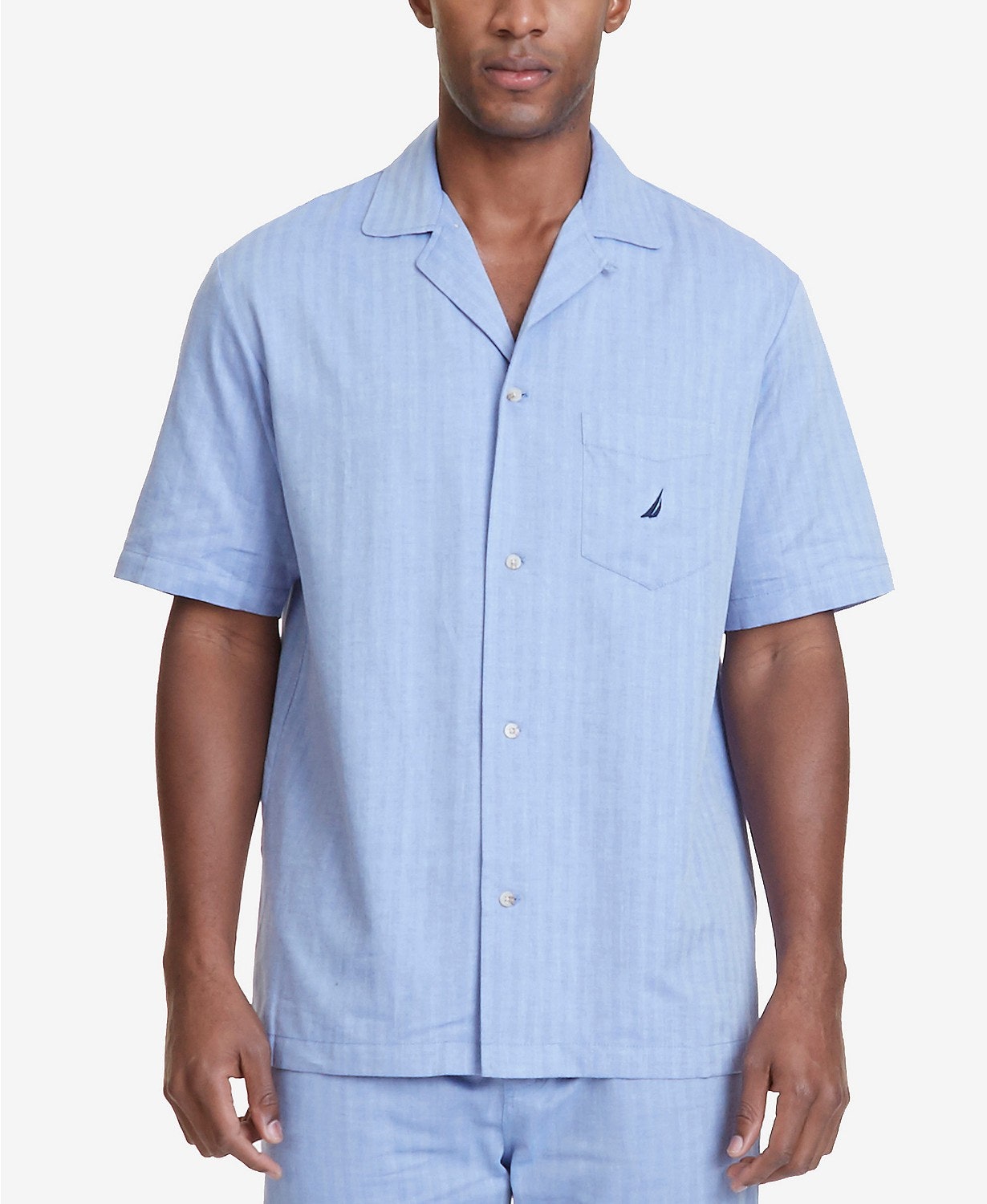 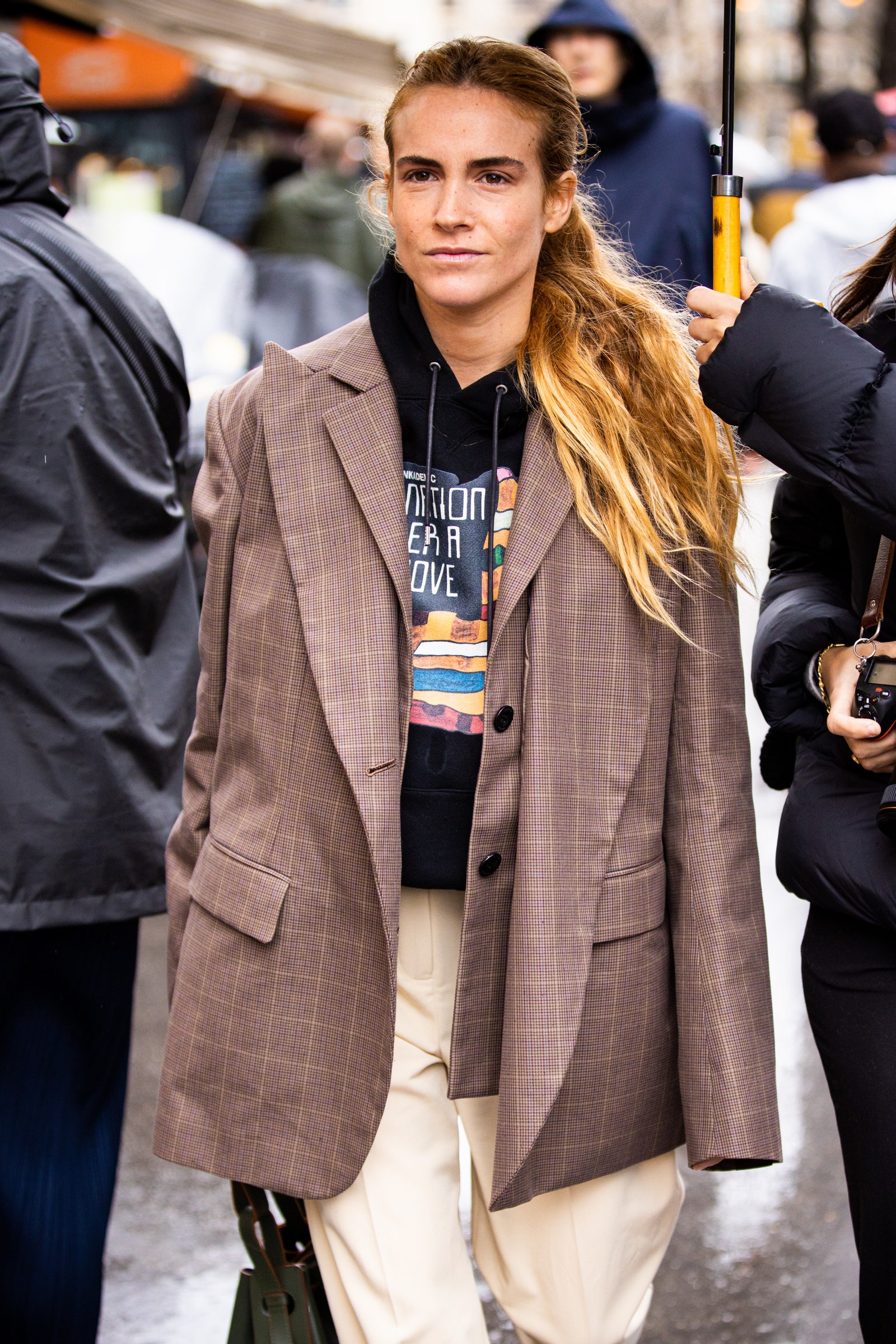 Your new fall outfit: A men’s hoodie under a men’s blazer.