CHELSEA have FOUR stars in the most expensive signings XI of the summer transfer window.

The Blues splashed over £230million as Frank Lampard aims to mould a side in his image after last year's transfer ban. 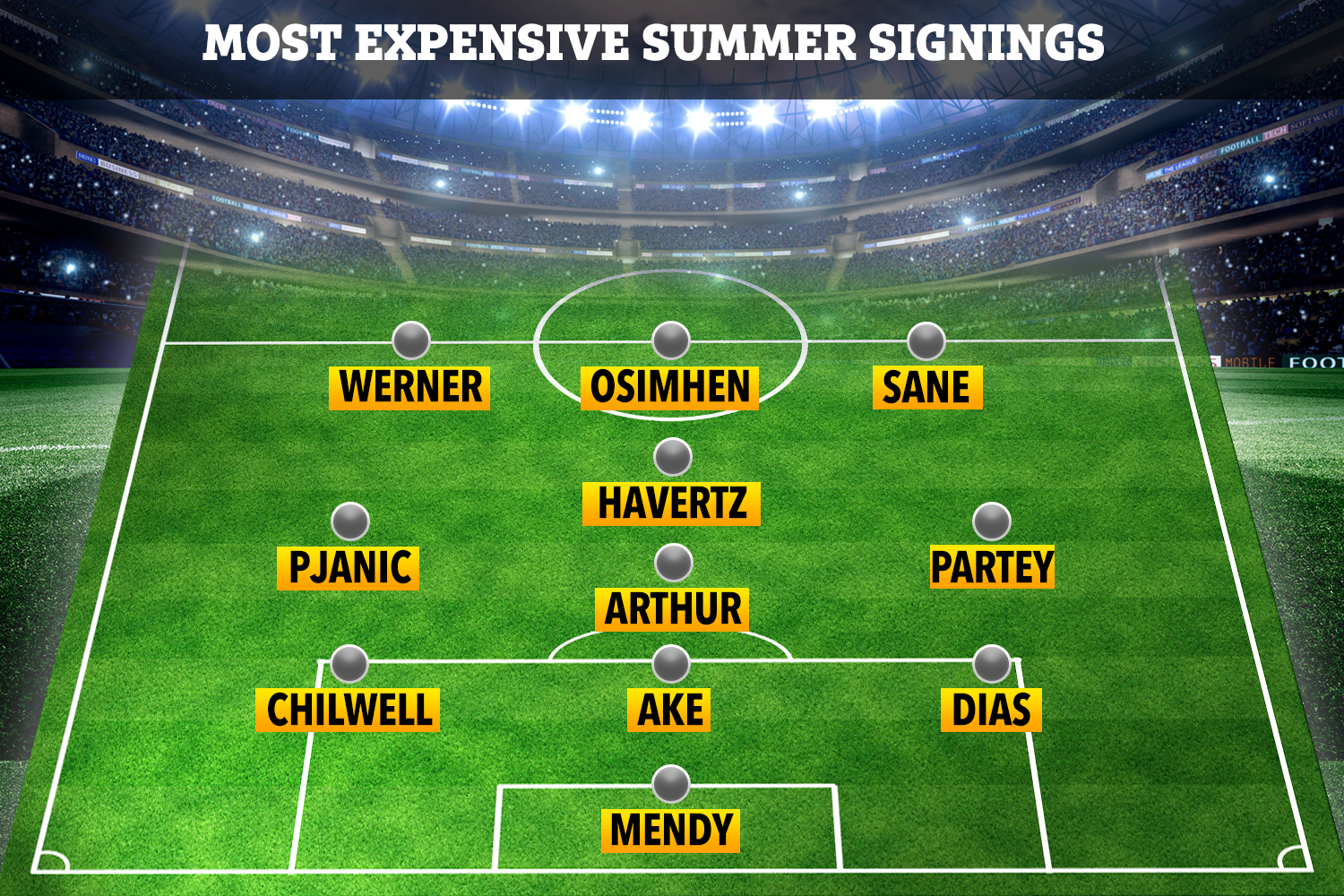 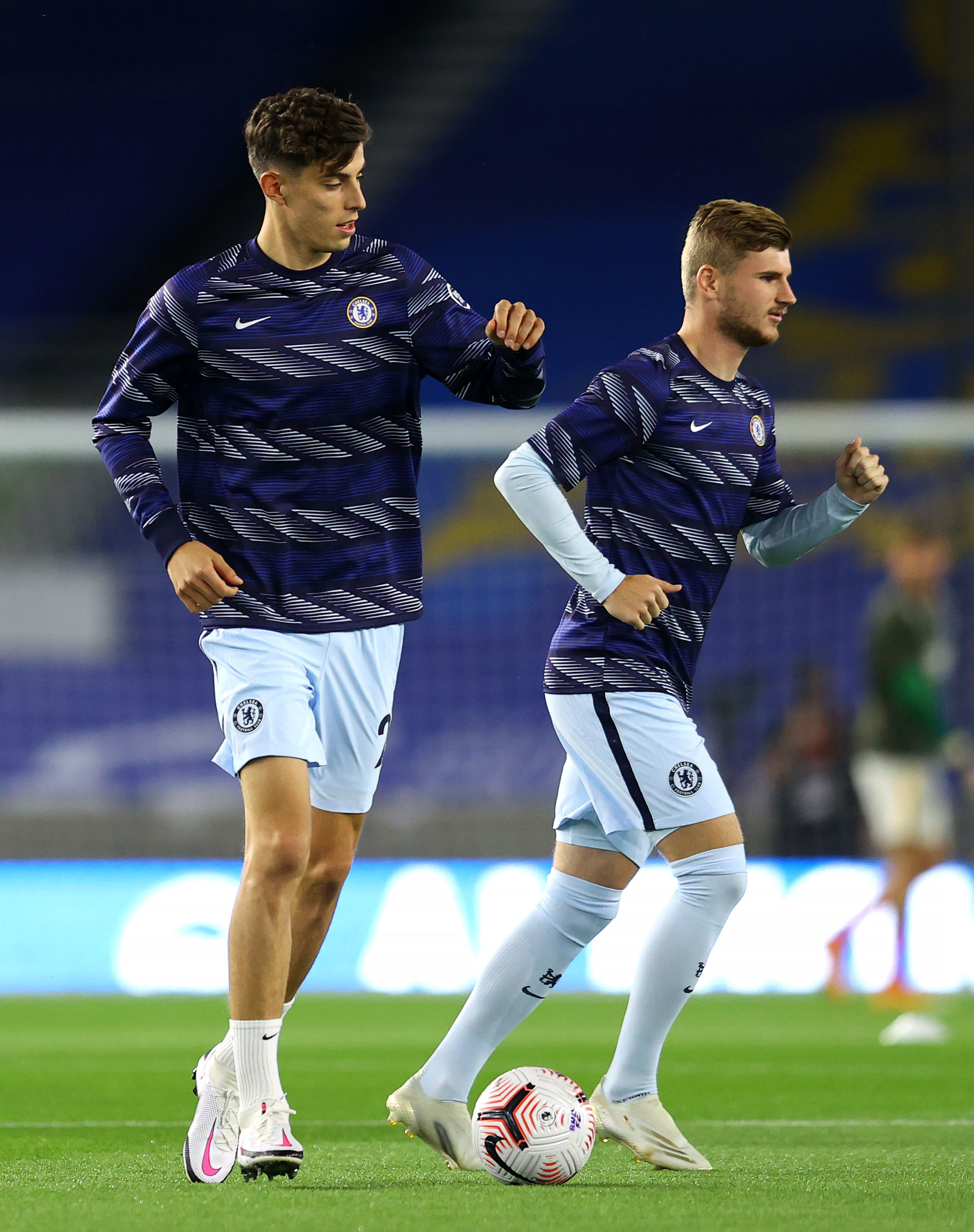 And West London new boys make up the bulk of an XI consisting of the players signed for the biggest fees this summer.

Despite many warning the coronavirus pandemic would see a shift away from clubs spending eye-watering sums on new stars, Premier League clubs splurged more than £1billion on new talent.

After another high-profile blunder from the world's most expensive keeper Kepa Arrizabalaga against Liverpool, Lampard looked abroad to find a replacement for his hapless No1.

Chelsea splashed out £24m to bring Edouard Mendy in from Rennes – the same move technical director and club legend Petr Cech made in 2004.

Mendy, 28, has immediately displaced Kepa from Lampard's starting team and finds himself between the sticks in this expensive XI.

His new team-mate Ben Chilwell is part of an all Premier League back three after completing a £50m move from Leicester.

Chilwell, 23, was brought in to start ahead of Marcos Alonso and Emerson – both not deemed up to scratch – and signed a five-year deal at Stamford Bridge.

Manchester City's new signings make up the rest of the back three with Nathan Ake brought in from relegated Bournemouth for £41m.

Before the club smashed their transfer record by forking out £64.5m to lure Portuguese centre-back Ruben Dias to the Etihad from Benfica.

He is joined in middle of the park by pricy pair Arthur and Miralem Pjanic who swapped clubs during the window.

Barcelona offloaded Arthur to Juventus for a total of £75m with Pjanic going the other way for an initial £55m.

Chelsea's headline signing Kai Havertz slots in at No10 after swapping Bayer Leverkusen for Lampard's Blues in a deal rising to £70m.

And the 21-year-old's team-mate at both club and international level, Timo Werner, lines up on the left wing.

On the other wing is former City star Leroy Sane who left Pep Guardiola's side to join Bayern Munich in a deal initially worth £45m but could rise to £55m.

And leading the line through the middle is Victor Osimhen.

The 21-year-old Nigerian striker joined Serie A side Napoli from Lille for a fee believed to be £63m.

Related posts:
TV and Movies
Artem Chigvintsev Calls on 'DWTS' Judges to Be Consistent With Scoring
Maya Jama crawls on all fours in plunging PVC catsuit – driving fans wild
Sarah Cooper’s ‘Everything’s Fine’ Is a 2020 Time Capsule, but not Much More: TV Review
Kanye Wests tells Jennifer Aniston 'Friends wasn't funny' after actress urges fans to NOT vote for the rapper
Recent Posts
This website uses cookies to improve your user experience and to provide you with advertisements that are relevant to your interests. By continuing to browse the site you are agreeing to our use of cookies.Ok