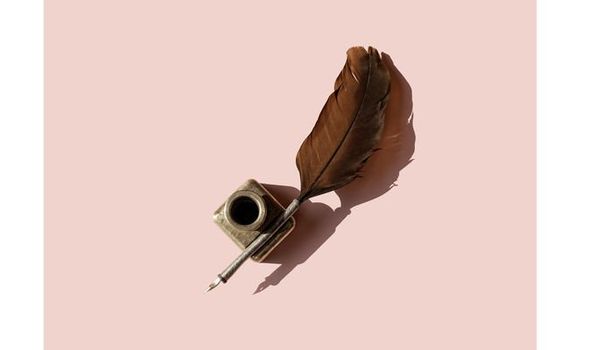 Thousands of us have been rediscovering the joys of putting pen to paper to send messages of love and encouragement to family and friends recently. The activity has been inspired by the Mental Health Collective Kindness-by-Post initiative and calls from charities such as Age UK in a bid to connect with people during lockdown and help reduce loneliness and increase wellbeing.

As well as having the power to make other people feel better, writing by hand has health and brain-boosting benefits, too. So read on, pick up your pen and prepare to take notes…

Using a laptop during lectures may be the modern way, but taking notes by hand appears to lend itself better to learning. Psychological scientists from Princeton University and the University of California, Los Angeles, tested two groups of students and found those who took notes on paper scored better in tests than those who used laptops.

It’s thought that although writing by hand is slower – and means you take fewer notes – it forces you to process information better and reframe it in your own words. This, in turn, means you understand it better and commit it to memory.

Sharpen your pencil and you could hone your mind, too. Researchers from the Rush Alzheimer’s Disease Center in Chicago found people who engaged regularly throughout their lives in cognitive activities, such as reading and writing, jotting down notes and penning letters by hand, preserved their brain health and staved off dementia better than those who didn’t.

People who continued reading and writing frequently in later life slowed their memory decline by 32 per cent compared with those who engaged in an average amount of mental activity. The rate of mental decline in people who wrote or read only infrequently was 48 per cent faster.

It spurs people on to new goals

Simply thinking about ambitions, targets or dreams might not be enough to motivate you to make them happen. You need to commit that thinking to ink. Research by clinical psychologist Dr Gail Matthews from Dominican University, California, found that handwriting a goal, be it to complete a project, become organised or learn a new skill, meant people were 42 per cent more likely to achieve it.

According to Allan Pease, coauthor of The Answer: How To Take Charge Of Your Life & Become The Person You Want To Be that’s because writing our goals on paper creates a strong emotional bond to them.

“When you use a keyboard to type, it only involves eight different movements of your fingers and this uses only a small number of neural connections in your brain,” he explains. “Handwriting can involve a range of up to 10,000 movements and creates thousands of neural paths in your brain. This explains why it has much greater impact on your emotional attachment to your goals and on your commitment to them. Using a computer to record your goals is certainly helpful, but this is like reading a text about how exciting it is to own a sports car.

“Handwriting your goals is like your brain taking the sports car on a test drive through the Alps. You become more emotionally involved and it dramatically heightens your motivation to achieve that goal.”

It allows you to sleep well

If you’ve ever woken up in the middle of the night and suddenly remembered a bill you haven’t paid or that it’s someone’s birthday that weekend and you haven’t bought a card, you’ll know how difficult it can be to get back to sleep.

They’re not exactly world problems, but they’ll probably keep you awake because your brain is concerned you might have forgotten them again by morning. Keep pen and paper by the bed so you can jot down all these reminders. That way you’re giving your brain permission to forget about them for the night and you can nod off. The pen and paper is important, as using your “note taker” on your phone will waken you more. The blue light your phone emits stops you producing the sleep hormone, melatonin.

It can encourage positive thinking

Writing a “gratitude” journal encourages you to look on the bright side of life. In one study, psychologists from the universities of California and Miami asked people to write a few sentences each week. One group was told to record things they were grateful for, the second group to jot down things that had annoyed them and a third was instructed to write about events that had an impact on them in any way. After 10 weeks the gratitude group felt better about their lives, were more optimistic and reported fewer physical complaints.

“There is no set way to write a gratitude journal, so you can experiment with different methods of reflection,” says psychologist Niels Eék, founder of mental wellbeing app Remente (remente.com). “It can be as simple as writing three bullet points or a single sentence highlighting the best parts of the day, be it enjoying a delicious meal or getting a text from a friend. The most important thing is to establish journalling as a regular habit to encourage positive thinking.”

Receiving a thank-you letter definitely lifts the spirits, but writing one can also boost your happiness tally. a study published in the Journal of Happiness Studies found people who were asked to spend 15 minutes a week, for three weeks, writing letters of thanks to different people, felt happier, had greater life satisfaction and fewer depressive symptoms.

According to one of the study’s lead researchers, Dr Steven Toepfer from
Kent State University in the United States,
we all have a store of gratitude that we carry with us and by sharing it we can improve our own wellbeing.

“Receiving constant notifications from phones and computers makes our bodies produce the stress hormones cortisol and adrenalin, which can overstimulate our brains and affect clarity of thought,” says Niels Eék.

“Writing with pen and paper can be a therapeutic activity in itself, but it also gives us the chance to have a mini digital detox away from the pressures that come with the flurries of messages we receive.”

So, if it’s your habit to type to-do lists on your phone, try grabbing a notebook instead.

It’s good for your mental health

If you’re interested in taking your penmanship to another level, then add modern calligraphy – or hand lettering – to your hobby roll.

“It’s a fluid, freestyle form of lettering often found on greetings cards and is hugely popular at the moment,” says Wendy Vickery from Pentel Stationery.

Calligraphy forces you to slow down and achieve what psychologists call flow, which is a positive emotional state of complete focus and enjoyment with no
stress attached.

It can help you cope better with illness

Whether it’s cancer or arthritis, studies have found that expressive writing – putting your innermost thoughts and feelings on to paper about an illness or condition you’ve been diagnosed with – can help you cope with it better, both physically and psychologically.

It’s a method that won’t suit everyone, but if you want to give it a go you should write freely, without worrying about the grammar or spelling. Experts aren’t entirely sure why this works, but apparently simply getting feelings off your chest can help ease anxiety, while writing your thoughts on paper could help you make more sense of your diagnosis and so manage it better.