Does streaming mean the death of movie theaters?

According to The Hollywood Reporter, the R-rated comic book sequel’s box office earnings underperformed compared to previous estimates that were shared by Warner Bros.

But, with the James Gunn-directed antihero flick being released theatrically and on HBO Max, it is not clear how much WarnerMedia made from streamers who watched from the comforts of their own home.

"The box office performance of ‘The Suicide Squad’ is the latest in a long line of real-world tests of the movie marketplace such as it is in today's constantly evolving environment," wrote Paul Dergarabedian, Comscore's senior media analyst, in an email with FOX Business. 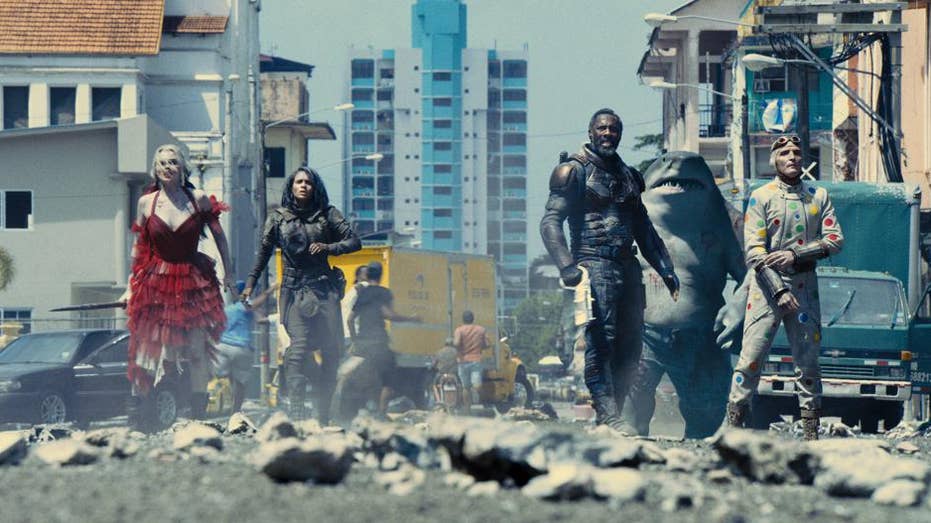 Dergarabedian went on, "Not only do a variety of newly instituted simultaneous streaming and movie theater release models come into play, but also non-movie related factors such as news related to the pandemic, and this make a 'one size fits all' assessment of any movie's success nearly impossible."

The movie’s Aug. 6 release comes at a time when Americans are grappling with the Delta COVID-19 variant, which has been infecting thousands in recent weeks.

On Friday, the CDC reported that the "current 7-day average" was at 89,977 daily new cases. The health agency has gone on to categorize the Delta variant as "highly contagious," which is a warning that could drive would-be moviegoers to stream over physical theaters.

"Add to that the fact that we don't have readily available and consistently reported streaming numbers and we can see how complicated making definitive assessments are for any film given the state of play for the movie business," Dergarabedian told FOX Business.

In foreign countries and territories, "The Suicide Squad" reportedly earned $45.7 million. Its global opening weekend brought in roughly $72.2 million, according to The Hollywood Reporter.

These box office numbers, if accurate, fall short when compared to the franchise’s 2016 iteration, which earned an estimated $135.1 million from North American ticket sales alone during its opening weekend.

Though, the David Ayer-directed film notably came out more than three years before the pandemic began.

The Walt Disney Company also released its “Black Widow” film from Marvel Studios in theaters and online through its Disney+ streaming service. The film made its debut on July 9, 2021. (Marvel Studios/Disney via AP)

The Scarlet Johansson-led film reportedly broke pandemic movie records with an opening weekend that made more than $215 million in July, according to the Associated Press.