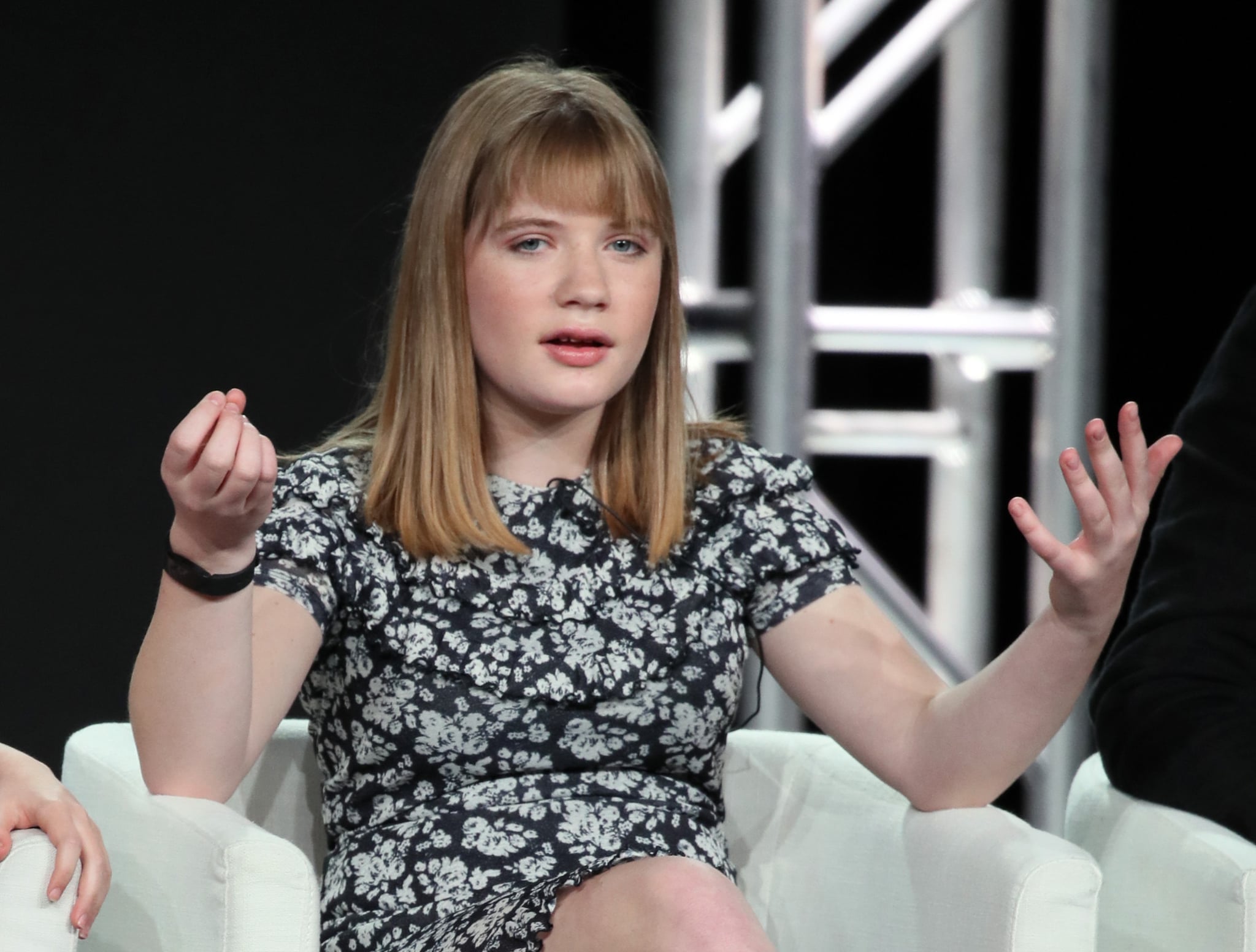 Extra extra! Home Before Dark, the latest project on Apple TV+, dramatizes the true story of Hilde Kate Lysiak, an American journalist who, at age nine, began covering the crime beat in the borough of Selinsgrove, Pennsylvania. Yes, you read that right — the crime beat. In the series, she’ll be portrayed by The Florida Project‘s Brooklynn Prince, with Jim Sturgess and Abby Miller playing her parents. Others attached to Home Before Dark include Ben and Kate writer Dana Fox and Daredevil writer Dara Resnik, who are cocreators, and Crazy Rich Asians‘ Jon M. Chu, who is an executive producer. As her life hits the small screen, Lysiak has continued her news endeavors and become one of the most recognizable names in journalism. Here’s a primer on her story, as well as what she’s up to now.

Before looking at her current involvements, let’s delve into Lysiak’s history. At an early age, she visited the newsroom with her father Matthew Lysiak, a former reporter for the NY Daily News. In 2014, Lysiak self-started the newspaper Orange Street News, which has a website, Facebook, YouTube, and print subscription. About two years later, she became the first person to cover a violent homicide case in her town. While she broke the news on her DIY site before her local press, her reporting garnered negative comments, as members of her community did not believe that nine-year-olds should be covering a murder.

In response, Lysiak posted a video (below), which captured national and international attention. Lysiak directly responded to her critics by saying, “If you want me to stop covering news, then you get off your computers and do something about the news. There, is that cute enough for you?”

What Lysiak Is Covering Today

Lysiak remains committed to reporting on Orange Street News, following stories not only regionally where she lives, but also nationally with coverage on topics such as the coronavirus and presidential election. In 2019, she moved to Patagonia, Arizona with her family. She’s made waves as a kid reporter in Patagonia as well. While Lysiak pursued a story about the Border Patrol in 2019, a police officer named Marshal Joseph Patterson said that he didn’t want to hear “any of that freedom of the press stuff” and threatened to have her thrown in juvenile hall. She filmed him, which he said was illegal to post. It wasn’t. According to the town, the matter had been carefully reviewed and appropriate action has taken place.

What Lysiak Is Doing Outside of Journalism

Lysiak does many things outside of her journalistic pursuits. She also writes books, for example. Her wide recognition led to a book deal with Scholastic — she’s been writing a mystery series called Hilde Cracks the Case with her father Matthew. There have been six books published between 2017 and 2019, the stories based on real reported pieces. In May 2019, Lysiak also gave a graduation commencement speech at West Virginia University, becoming the youngest person ever to do so. She spoke, of course, about the future of journalism.