SINCE football was invented players have used every possible advantage to beat their opponent – whether it's physical, tactical or technical.

Some players have pushed the boundaries further, inventing their own moves to bamboozle opponents and stun watching fans. 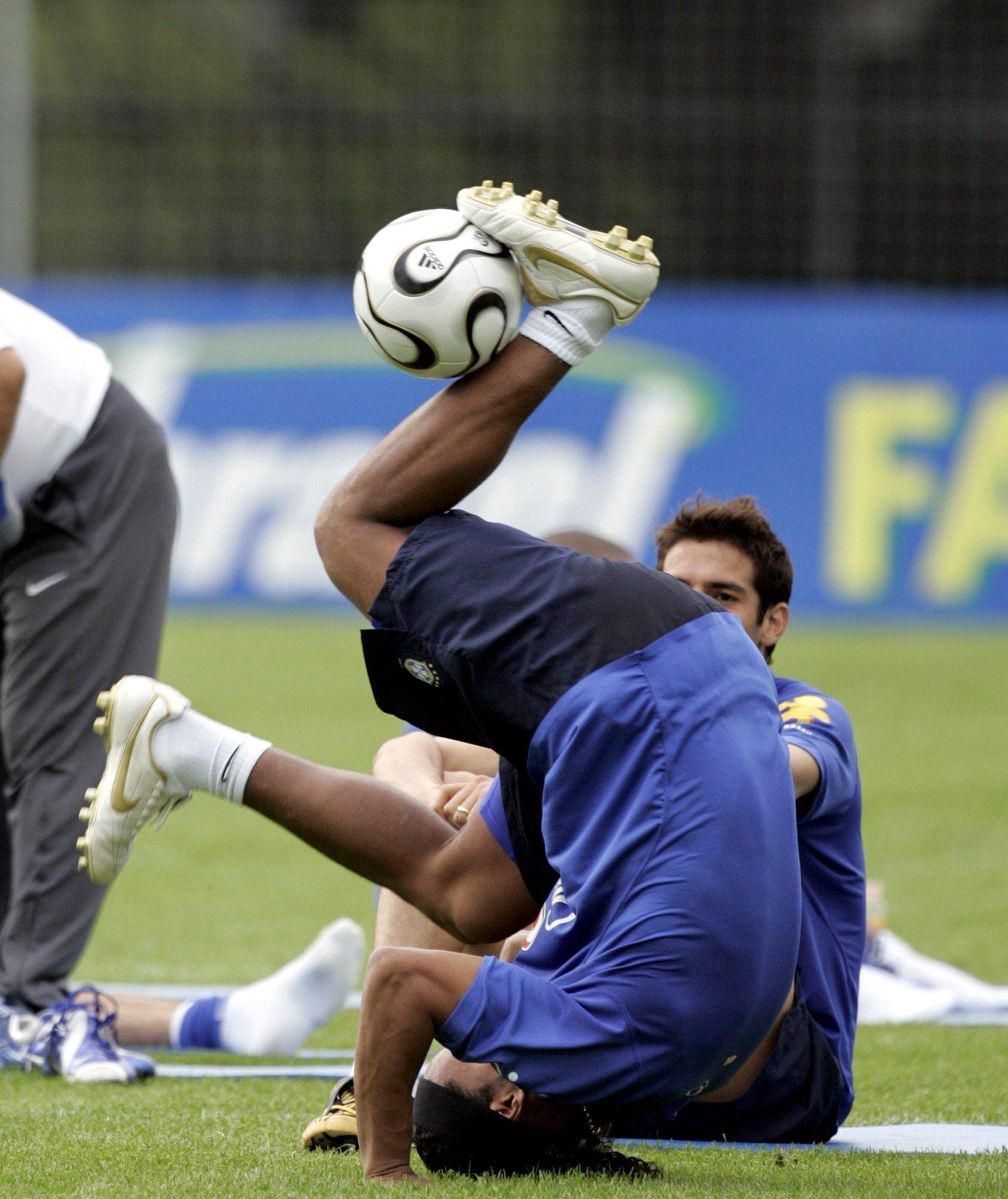 Some of the tricks have evolved and developed down the years, while others have been so brilliant, they continue to leave defenders without a clue.

Here we run through some of the best tricks of all-time – and introduce you to the men who invented them.

It may be the oldest trick in football, but it's still the most often used.

The stepover is a simple feint that sees the player fake to go one way but one leg over the ball and sprint off in the other direction. 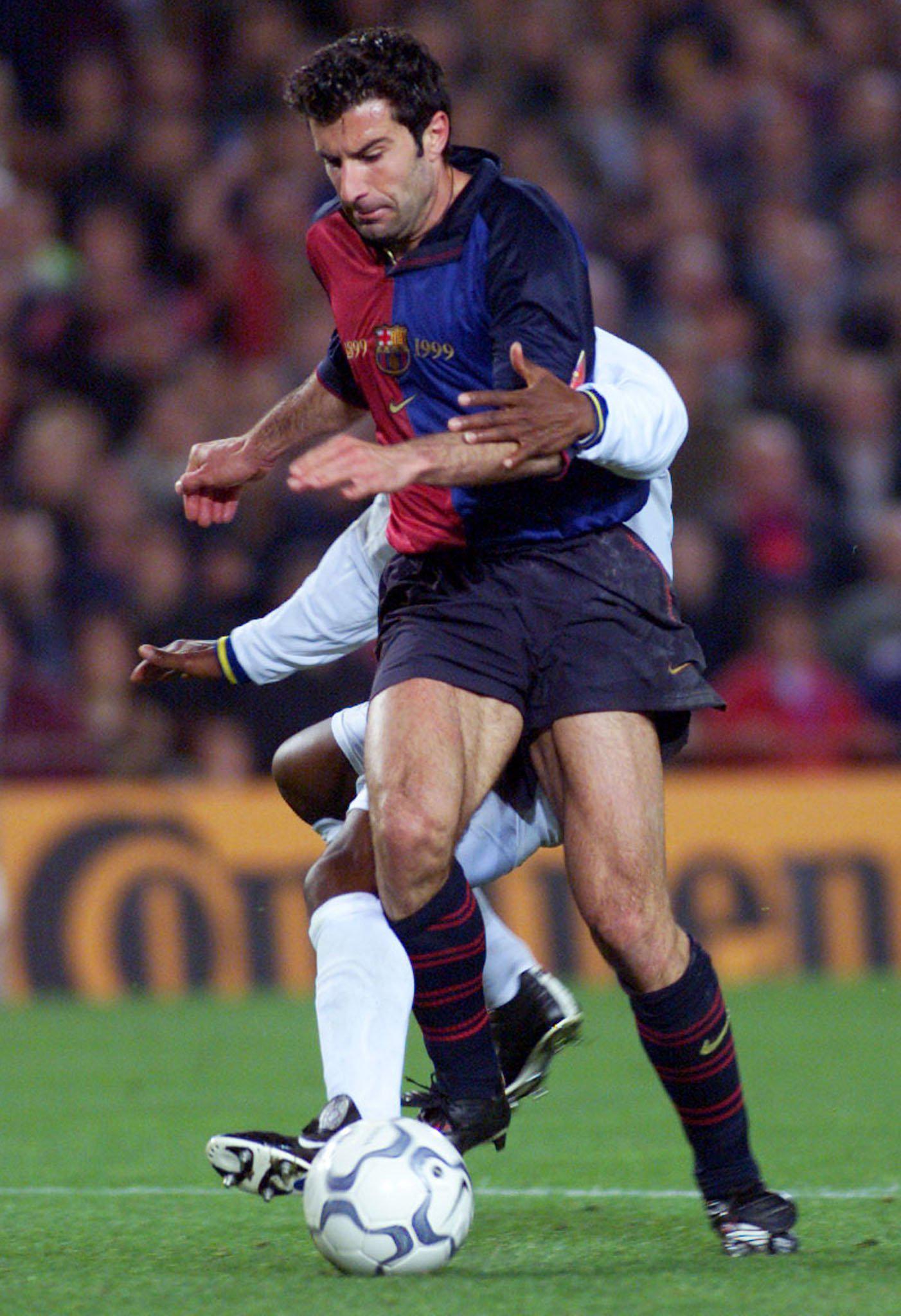 It's stood the test of time because when executed perfectly a defender doesn't stand a chance.

Ronaldo – both the Brazilian and Cristiano – have been famous users of it.

Luis Figo, Zinedine Zidane, Chris Waddle and Robinho used it and even Glenn Roeder had it in his locker (although his version was called the 'Roeder Shuffle').

The invention of the move is disputed.

Some claim Argentine striker Pedro Calomino used it at the turn of the 20th century, while others saw it was Dutch star Law Adam who first used it. 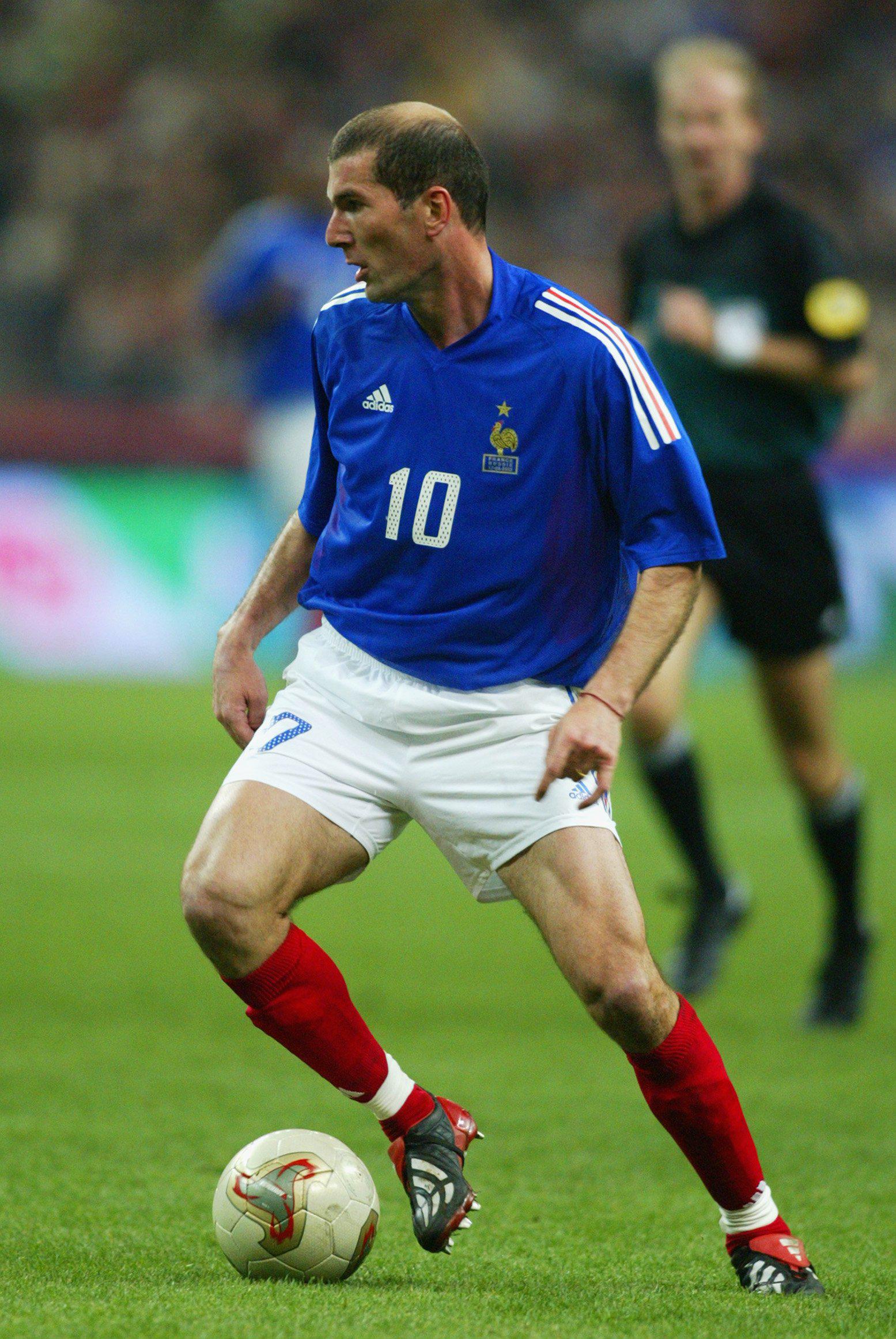 This trick has a lot of names – the V, the pullback, V-turn/cut – so we'll keep it simple.

It comes from Hungarian great Ferenc Puskas, one of Real Madrid's best players ever.

Nicknamed the 'Galloping Major', Puskas was part of the Hungarian Golden Team, or Magical Magyars that destroyed England 6-3 in the Match of the Century. 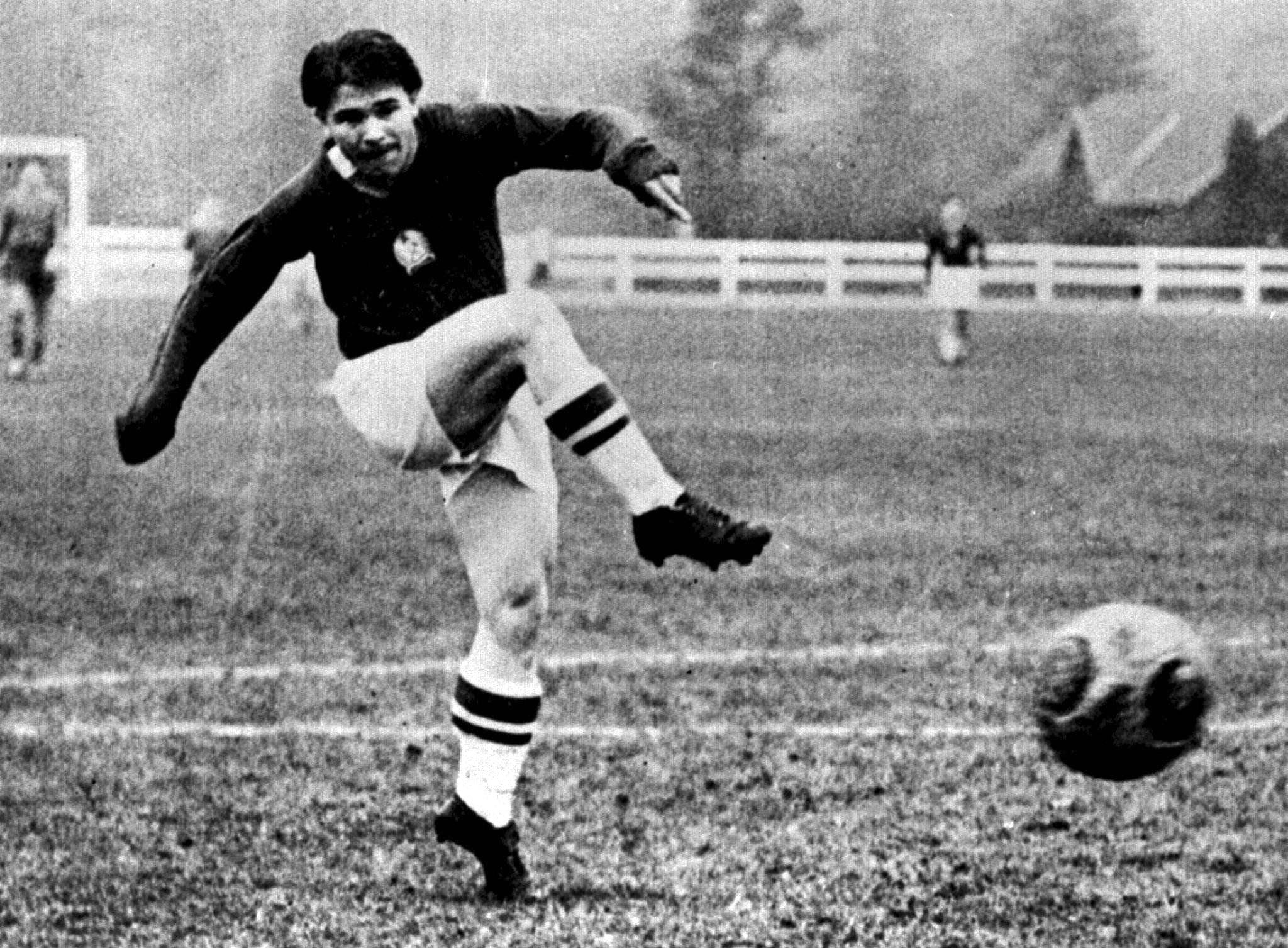 The game forced the Football Association to rethink their entire coaching methods and the structure of their professional leagues.

Twelve years later England would win the World Cup, with many claiming this match as the turning point.

Perfected by the forward, who won five consecutive Spanish league titles and three European cups, the pullback seems simple now but was revolutionary at the time.

In possession, the player pulls the ball back, feinting the defender, before touching it to the side to make room for a shot or pass.

It's an essential move in any forward's locker. 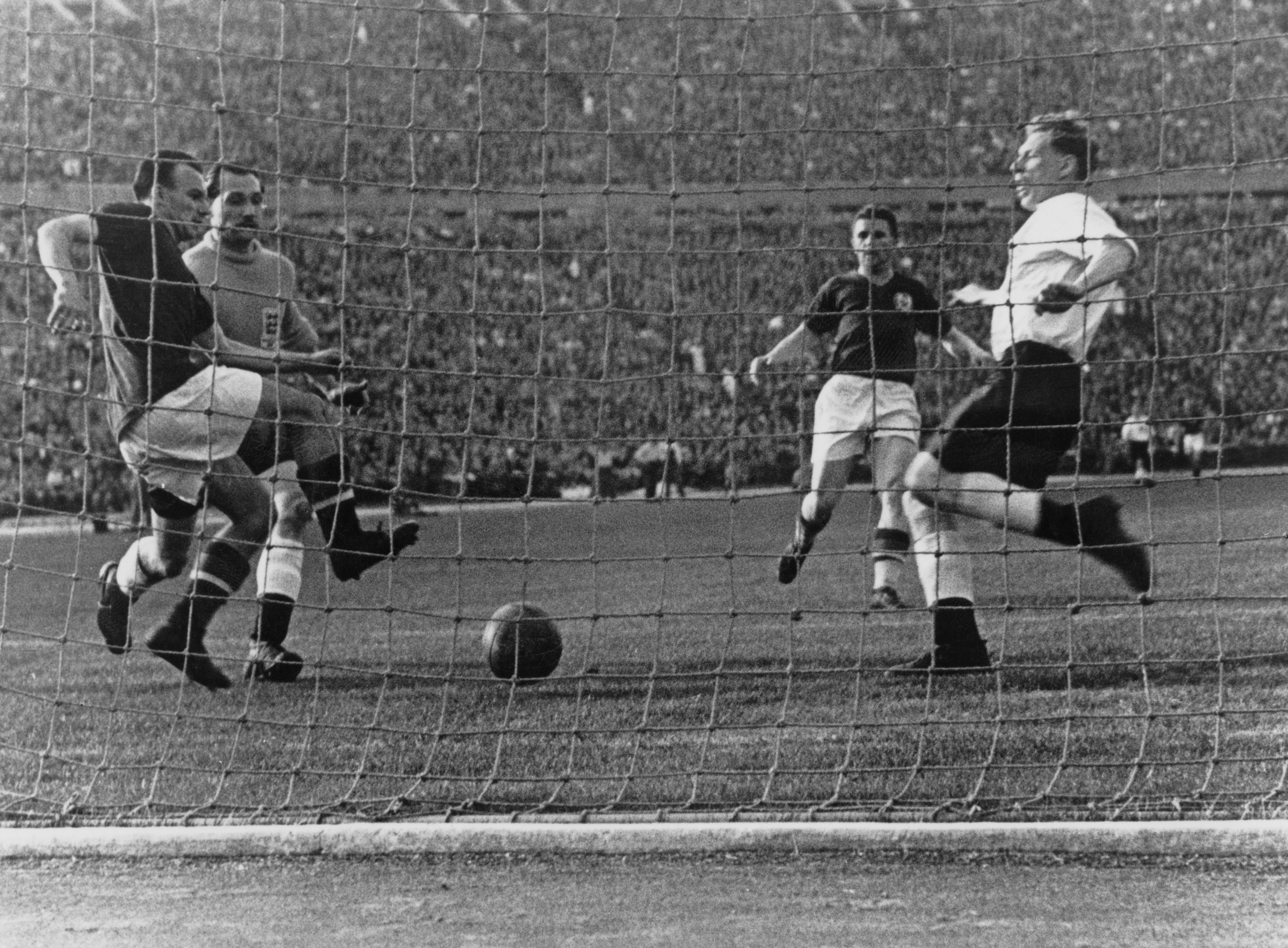 One of the more common skill moves on a football pitch, the Rabona sees a player wrap his strong foot around the standing leg – effectively hitting the ball cross-legged.

The move dates back all the way to 1948, when Estudiantes star Ricardo Infante tried it in a game against Rosario. 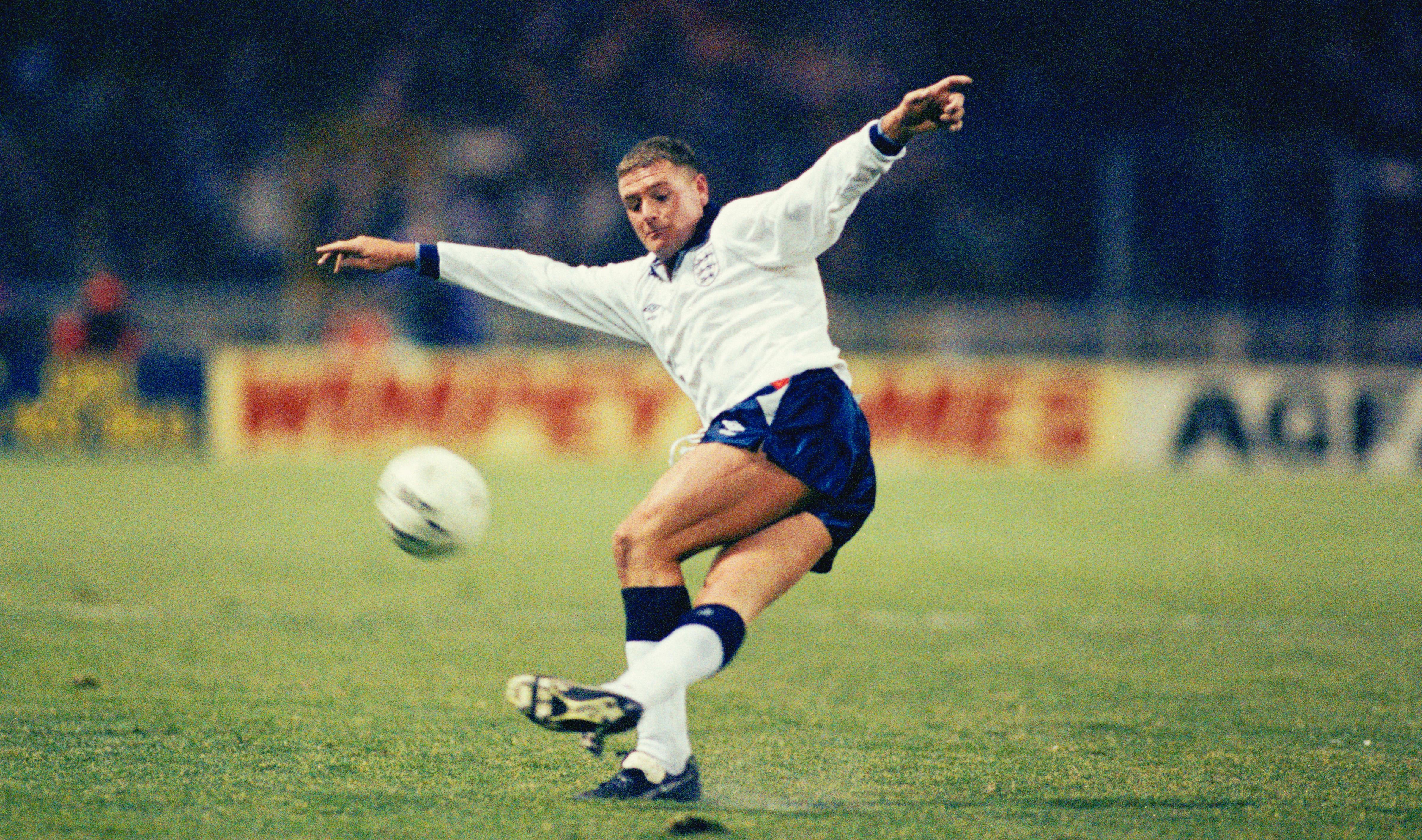 A number of players down the years have used the move.

It is so popular it has even crossed over into other sports – it has been tried to varying degrees of success in American football.

At the World Cup in 1974, the Netherlands and their star man, Johan Cruyff, brought Total Football to the world.

They didn't manage to win the tournament, beaten by Franz Beckenbauer and his dominant West Germany. 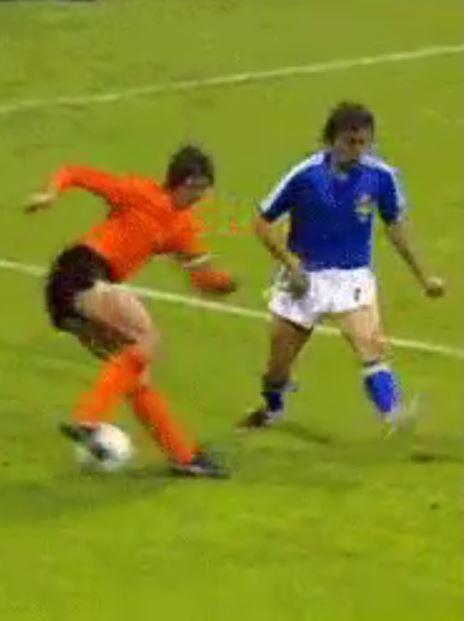 Cruyff and Co were the fan favourites, thrilling spectators with their all-out attacking performances.

En route to the final, Cruyff would debut a new move, which is now one of the most devastating in football.

Swedish defender Jan Olsson was the unfortunate victim, bamboozled by a true piece of brilliance. 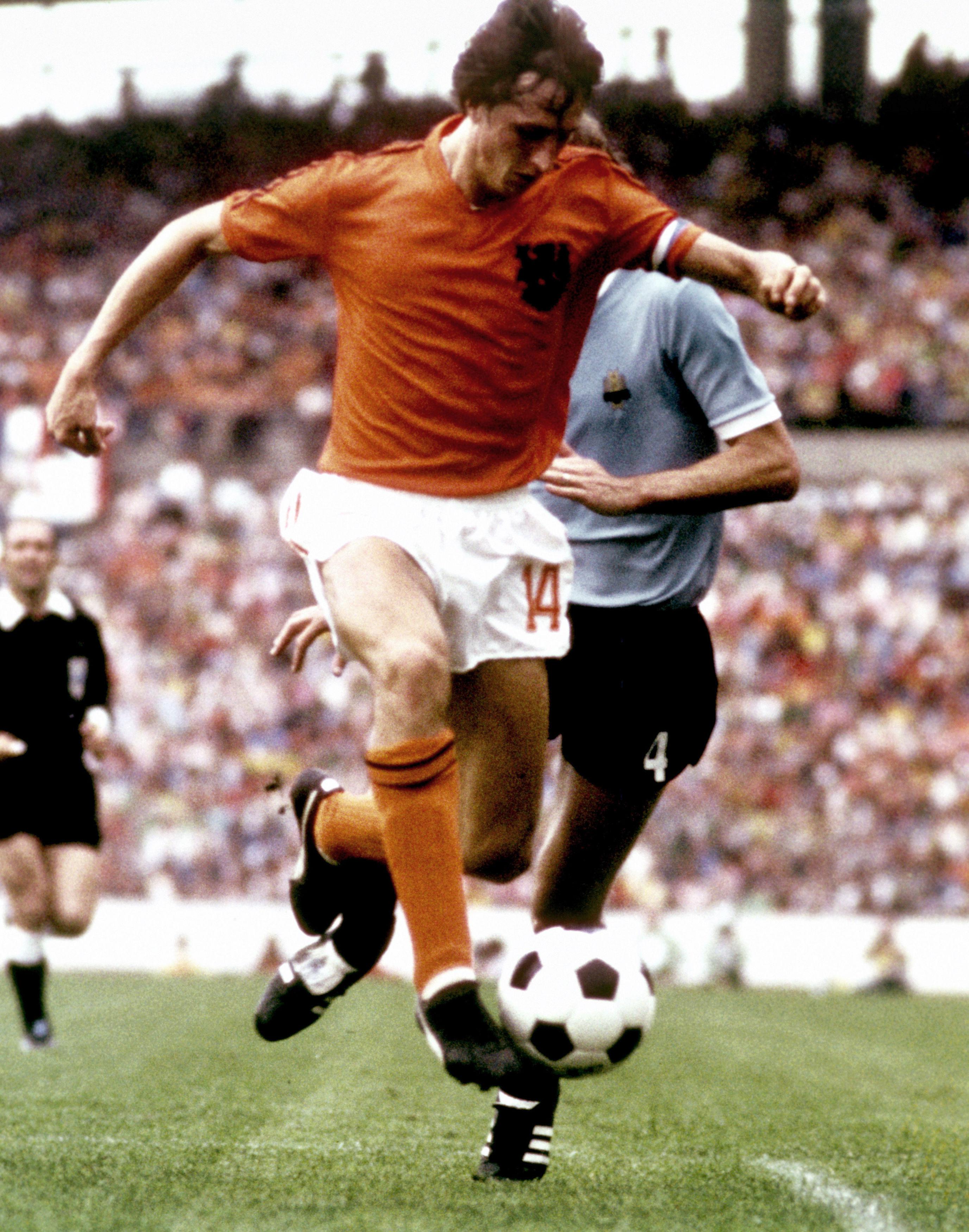 The move saw Cruyff travel with the ball one way, feint to cross it, only to drag the ball through his standing leg at full speed and burst towards the goal.

Olsson was left tripping and falling, wondering what had happened.

The outrageously gutsy penalty has become a mainstay in recent times.

Players of ultimate confidence and skill gently dink a penalty down the middle of the goal – risking embarrassment and a simple save.

But the very first Panenka penalty was easily the bravest of all. 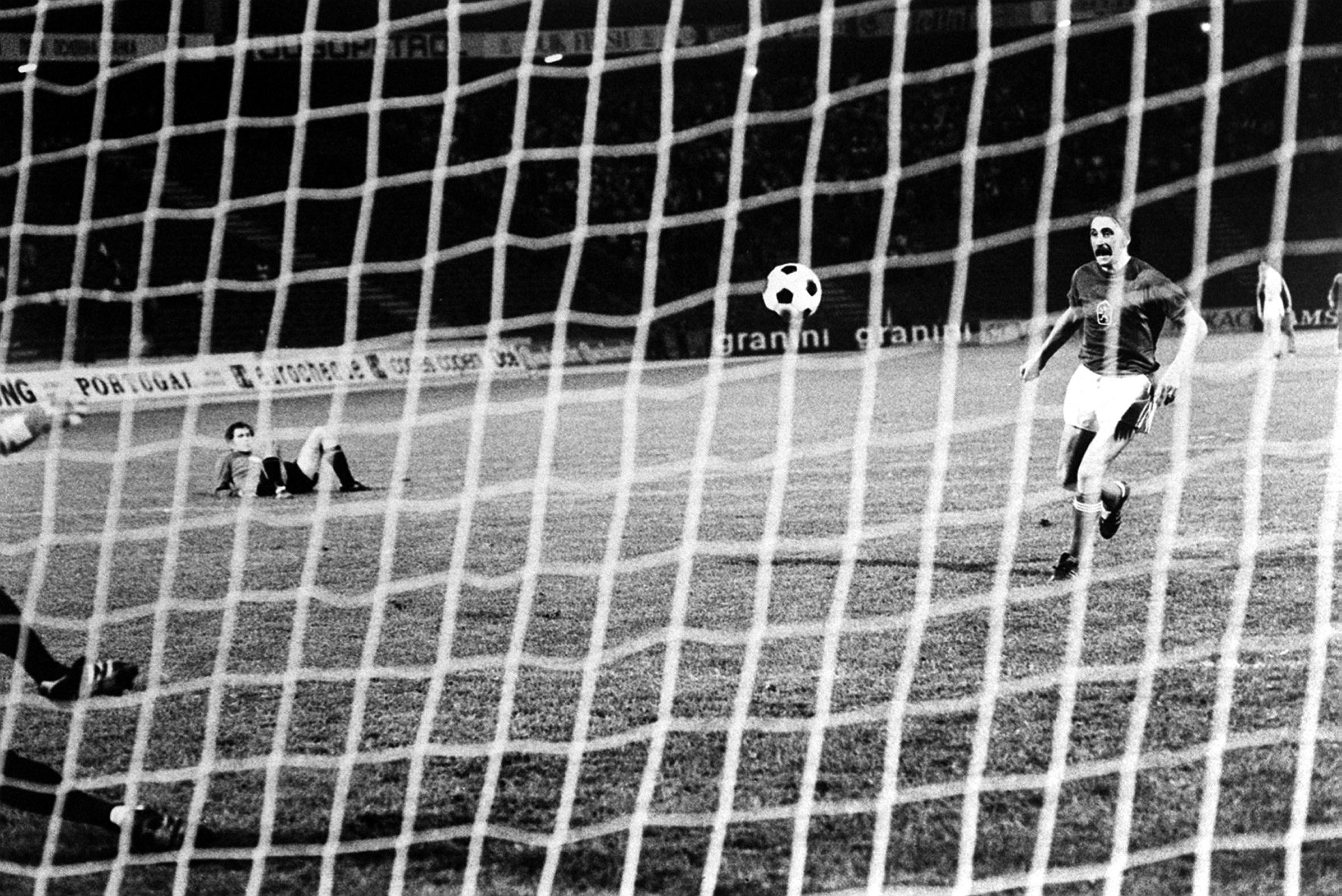 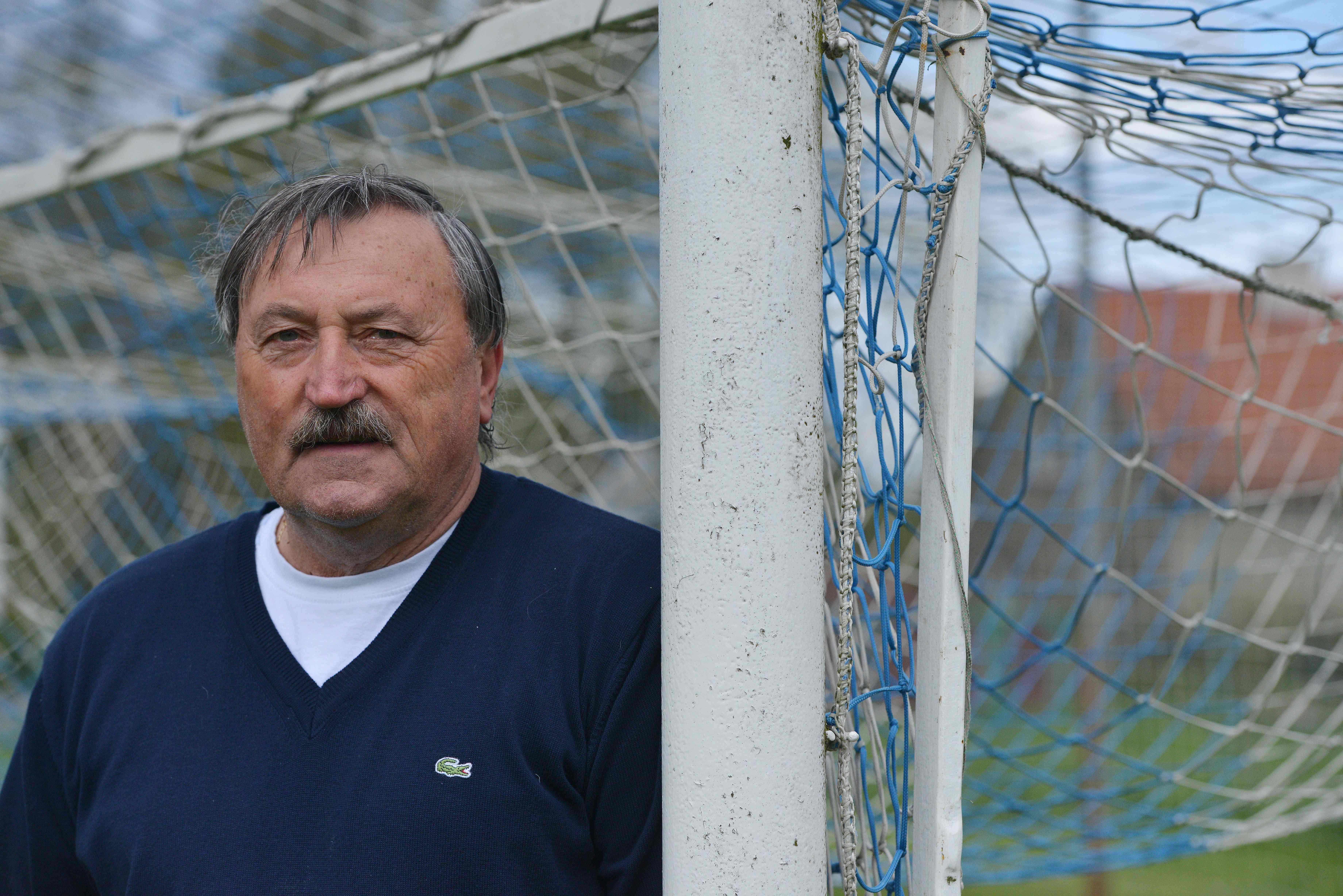 In the Euro 1976 final, Czechoslovakia were playing that same West German team.

The match had finished 2-2 after extra-time.

The first seven penalties were all scored, before Bayern Munich great Uli Hoeness ballooned his shot over the bar.

The attacking midfielder was known as a good, technical player – not exactly a world beater but very capable. 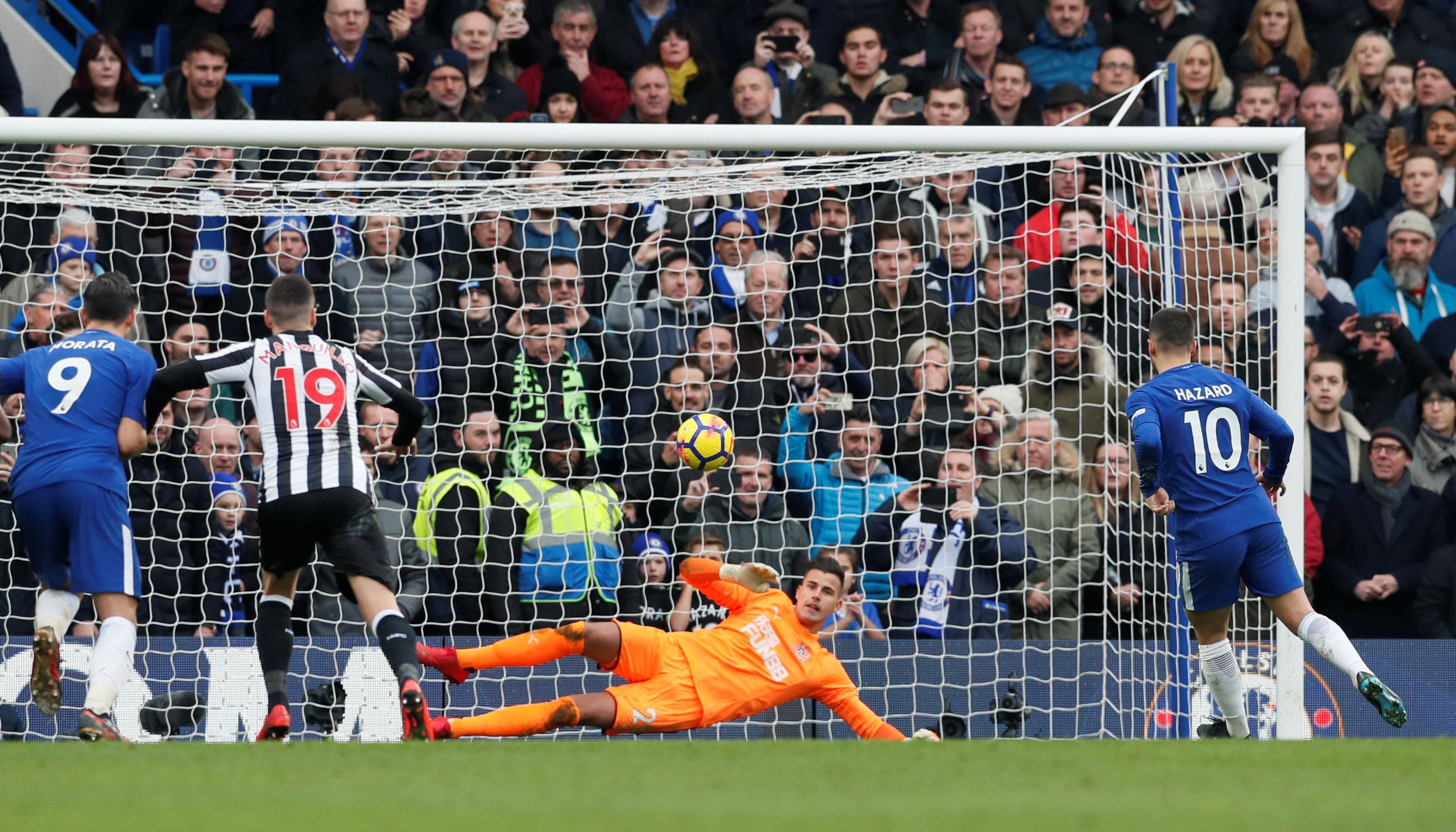 If he scored, Czechoslovakia would win.

Panenka took the coolest penalty of all-time, chipping past Sepp Maier to win the trophy.

Popularised by the buck-toothed genius Ronaldinho during his heyday with Barcelona.

The move sees a player push the ball in one direction with the outside of his foot, before quickly cutting it back inside.

All in one rapid, confusing movement. 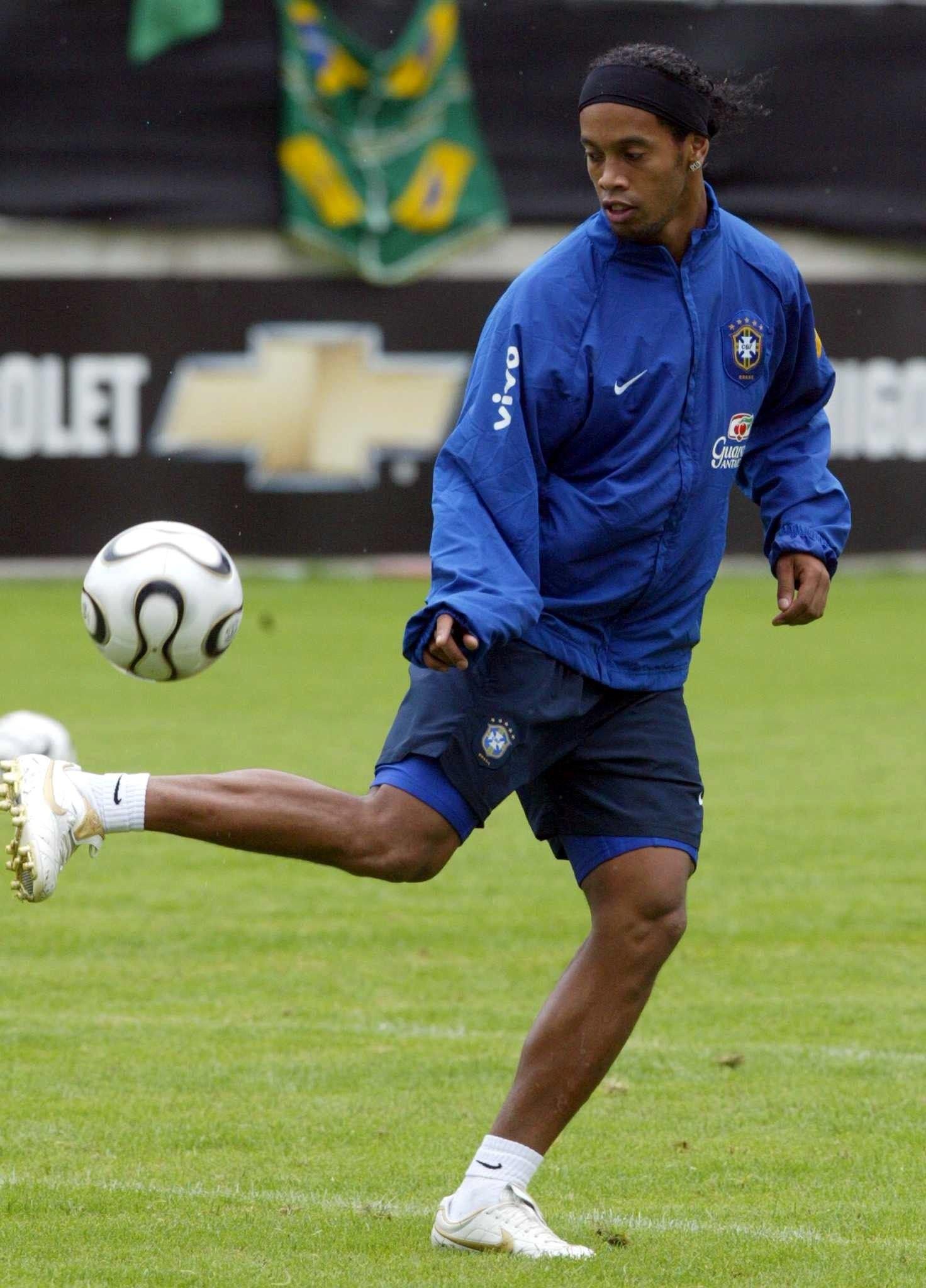 The Brazilian even had it featured in a Nike advertising campaign.

The elastico has always been a favourite of Brazilians and originated in futsal.

Roberto Rivellino made the move famous in association football – even pulling it out during the 1970 World Cup final against Italy.

But although Rivellino is commonly the man credited with the move, he credits a former futsal team-mate, Sergio Echigo, with its invention.

The legends would dribble one way, step on the ball to let the defender fly past them and then drag it in a different direction with their other foot.

Almost unstoppable, the pair would usually find himself free or at the very least win a free-kick. 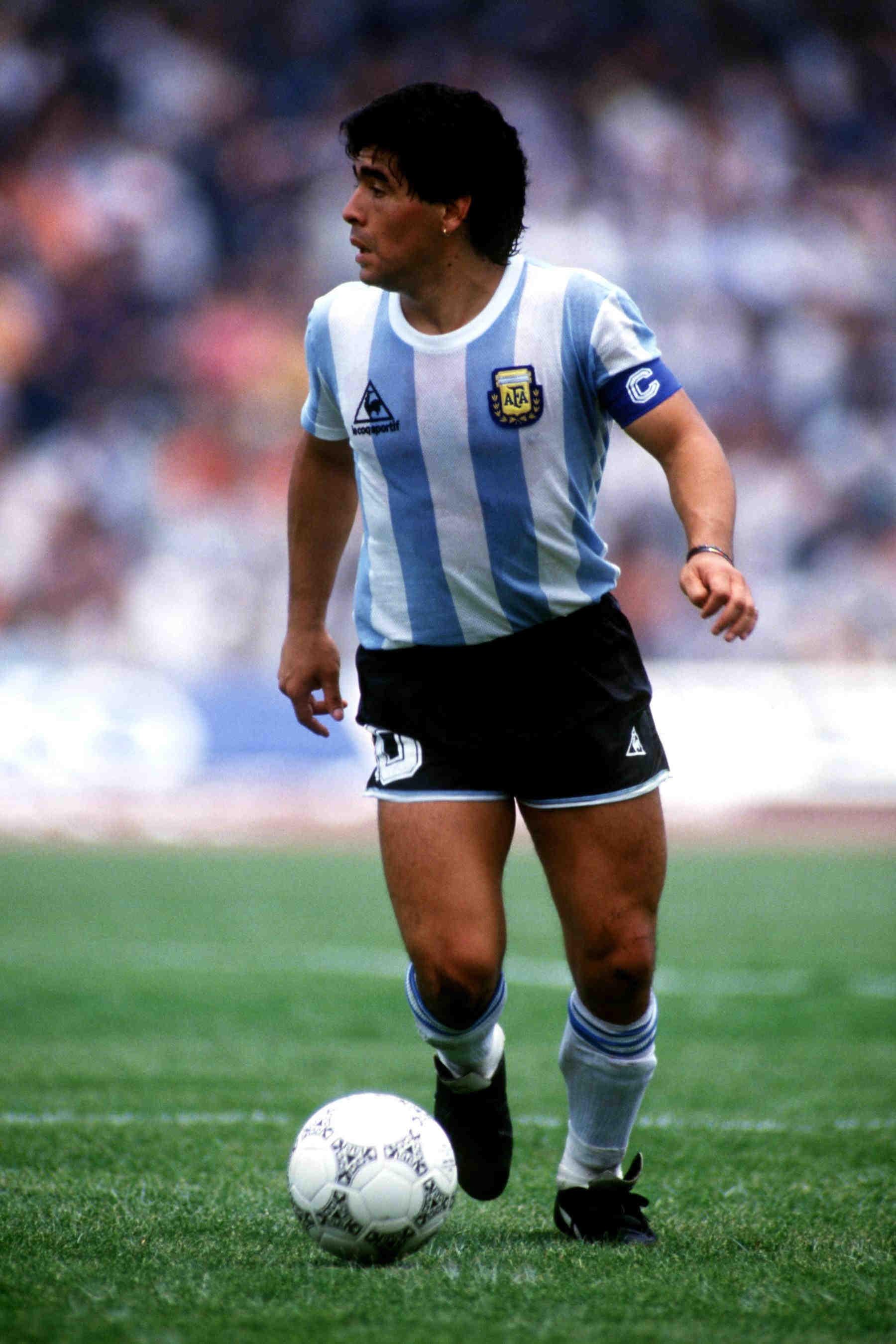 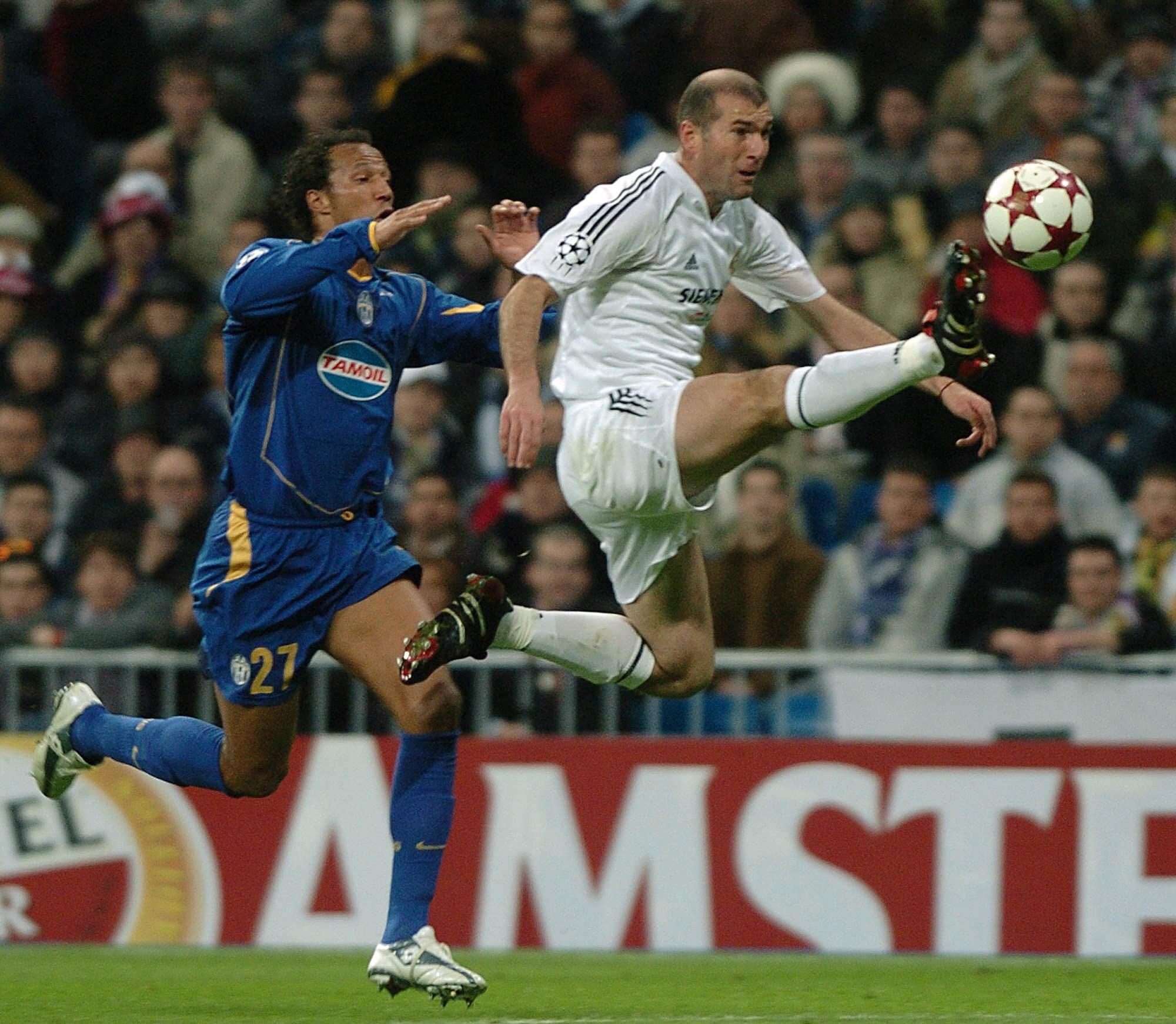 The move was made famous by Brazilian forward Kerlon – a wonderkid who never reached his full potential.

Once the trick of freestylers, the youngster brought the move to proper football.

Usually on the right wing, Kerlon would flick the ball up onto his head, then run forwards while still bouncing it up and down. 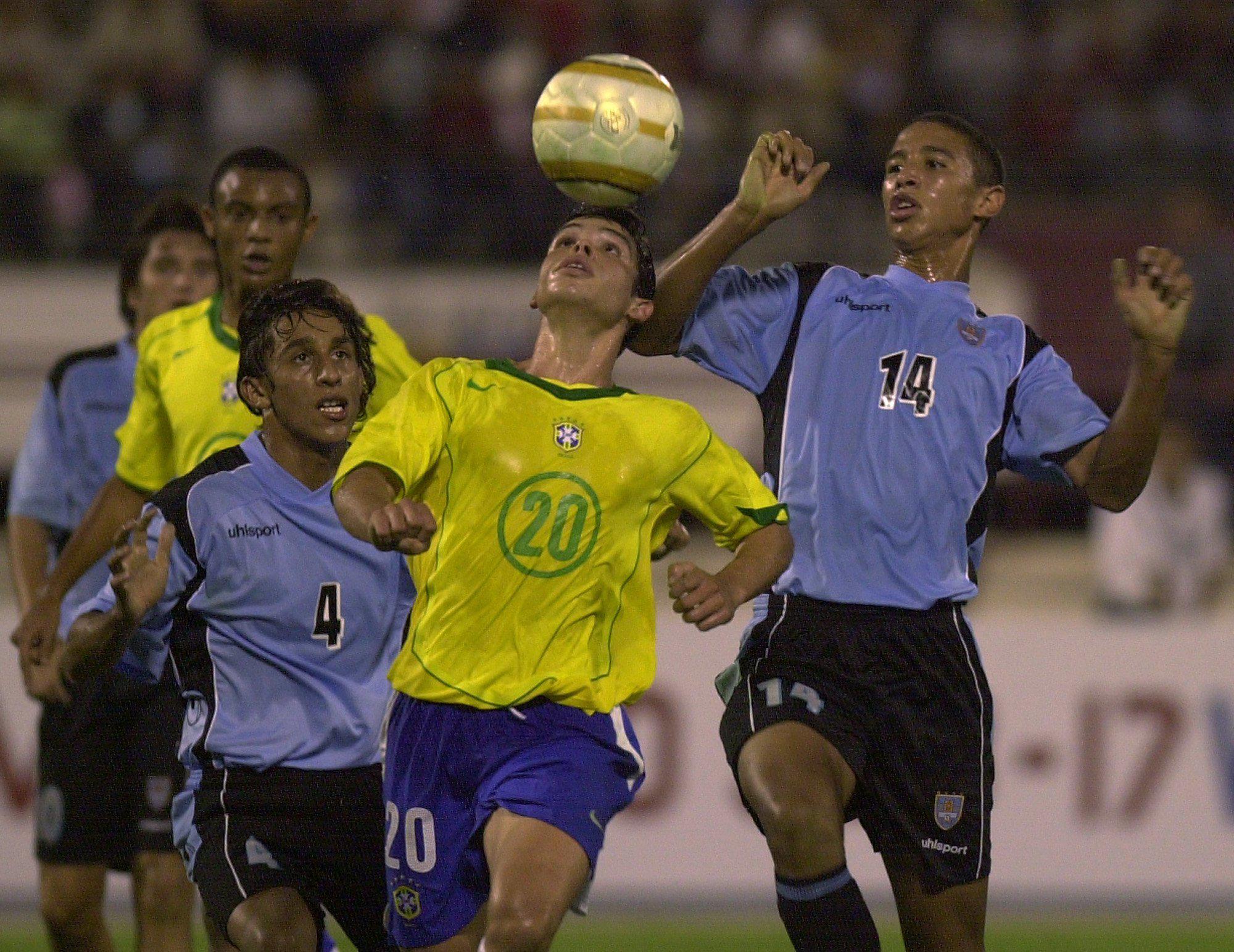 The trick always drew fury from the opposition.

Almost instantly, Kerlon would be hacked down by the defender.

It made headline news for a certain Colombian goalkeeper at Wembley and in recent years it's really caught on.

Rene Higuita showed off his skills when he executed a stunning scorpion kick save from a Jamie Redknapp chip in an international friendly in 1995. 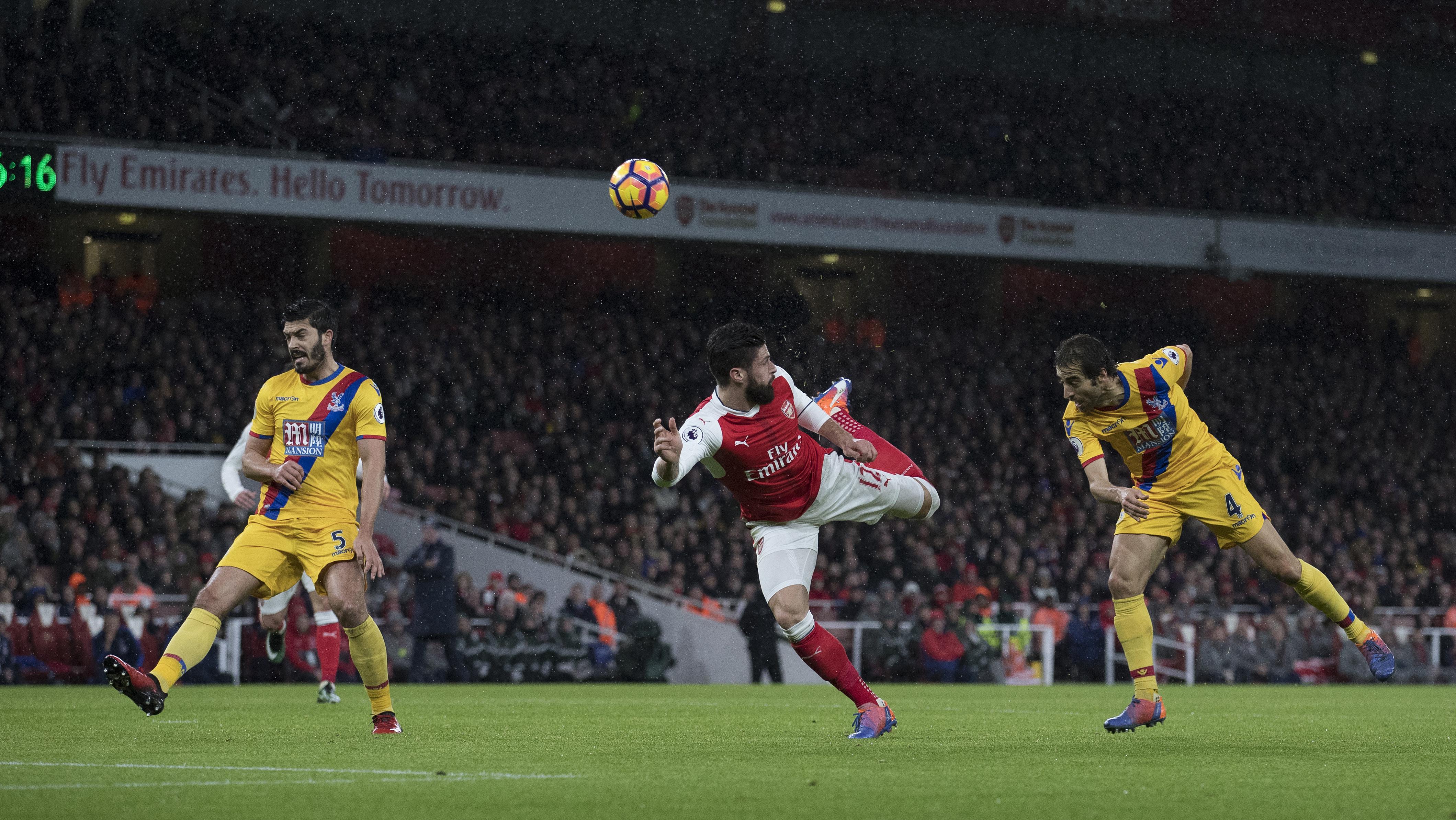 Since then, Oliver Giroud won the FIFA Puskas Award 2017 for his effort against Crystal Palace and even Henrikh Mkhitaryan got in on the act last season.

However, a very early proprietor of the move which involves striking the ball with your heels was Brazilian great Zico.

While he was playing in Japan for Kashima Antlers in the early 90s, he scored what he considers is his greatest ever goal.

Known as the 'Lambretta' in Italy or the 'Carretilha' in Brazil, European audiences were treated to a special rainbow kick by Ossie Ardiles in the 1981 film Escape to Victory.

Putting that game against the Germans to one side, it's been used in the modern game by master tekkers Jay Jay Okocha and Neymar.

Legendary Brazilian full back Roberto Carlos was a casualty of a perfectly executed rainbow kick at the 2002 World Cup.

In a game against Turkey, his opponent Ilhan Mansiz flicked the ball over his and Carlos' head which drew gasps from the crowd. Talk about showboating. 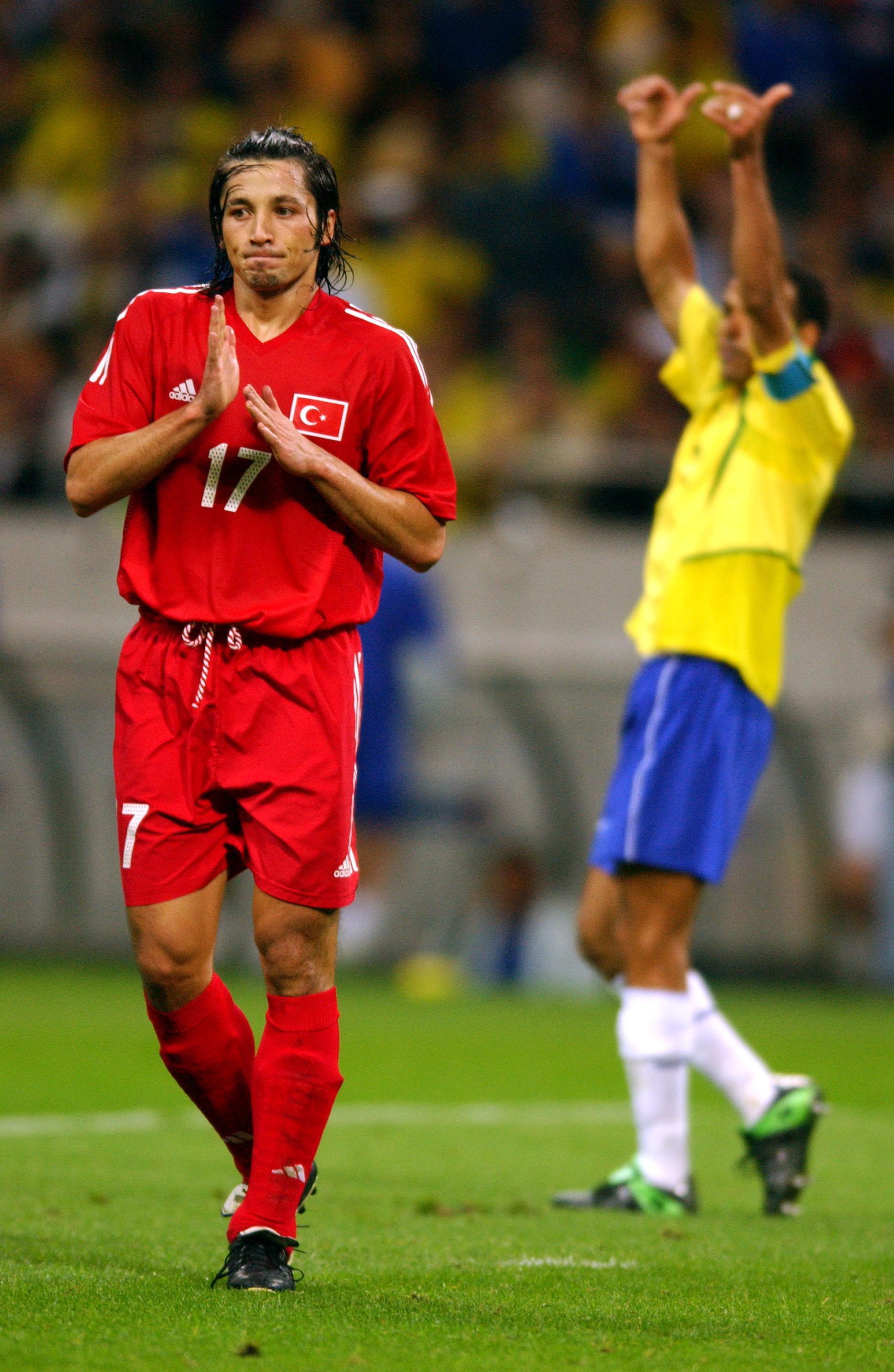 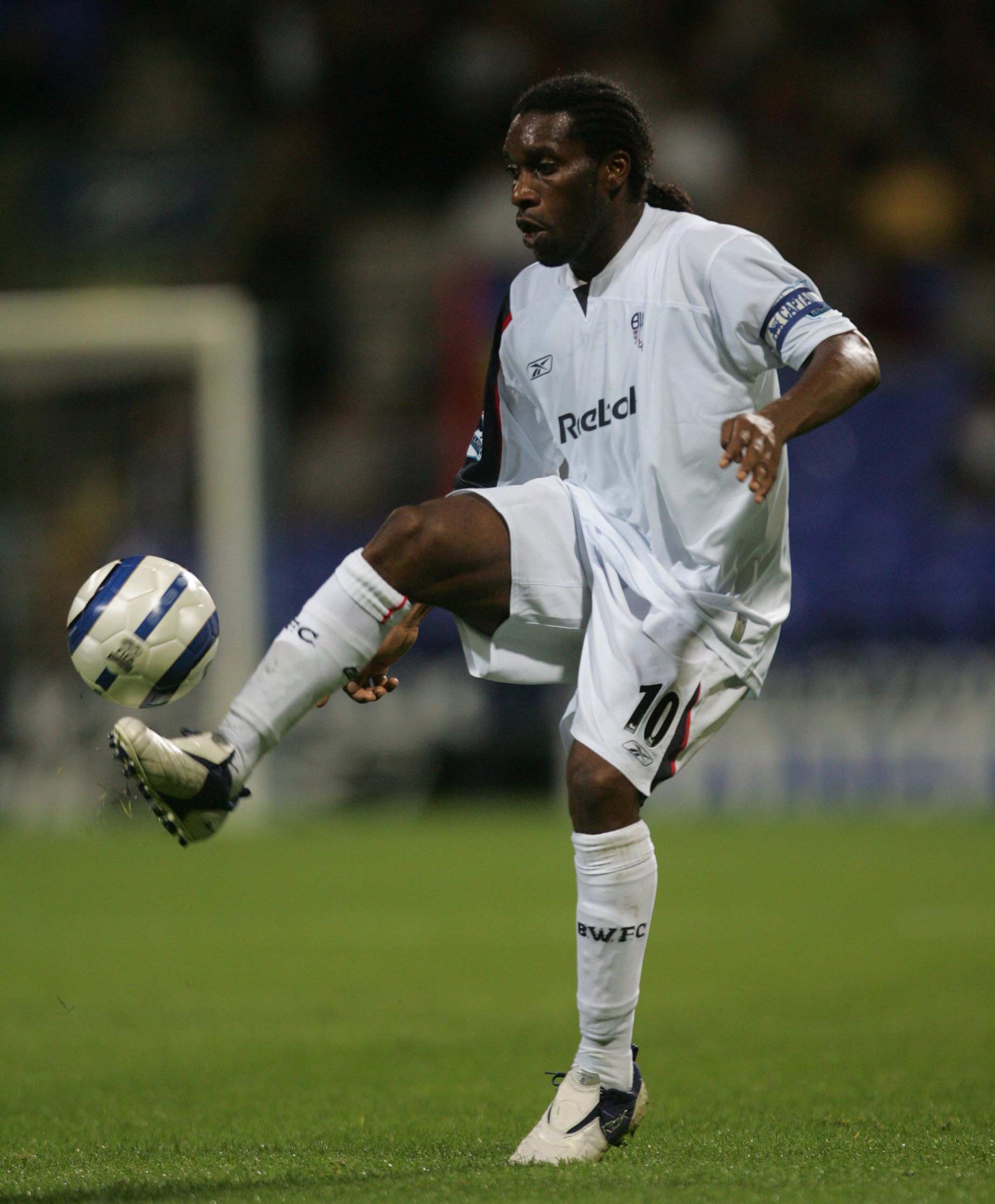 A move of beauty when it leads to a goal, the famed bicycle kick was invented by Brazilian Leonidas da Silva.

It is believed he first used it in a game for his club Bonsucesso in a game against Carioca in 1932, thus the move was born. 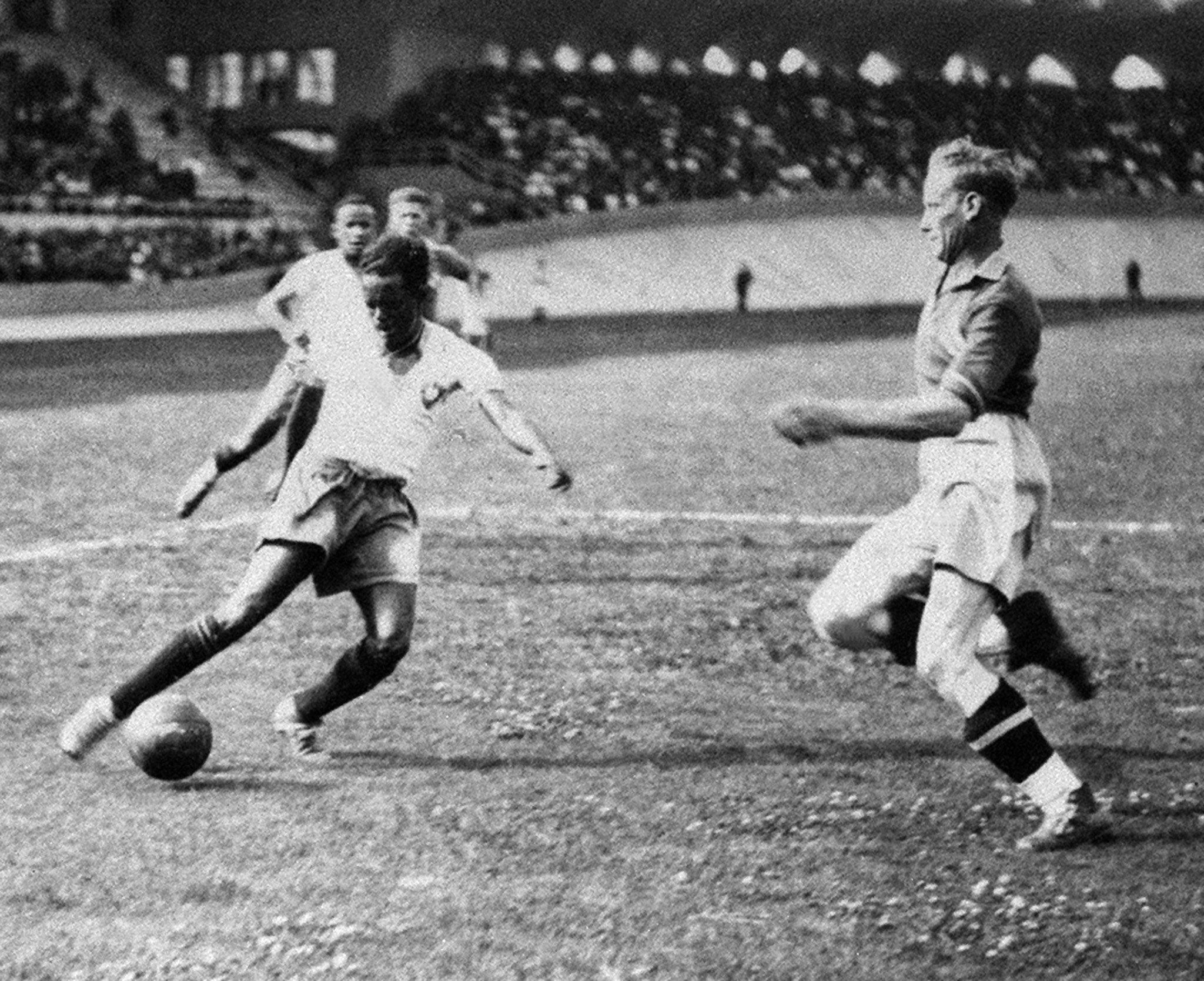 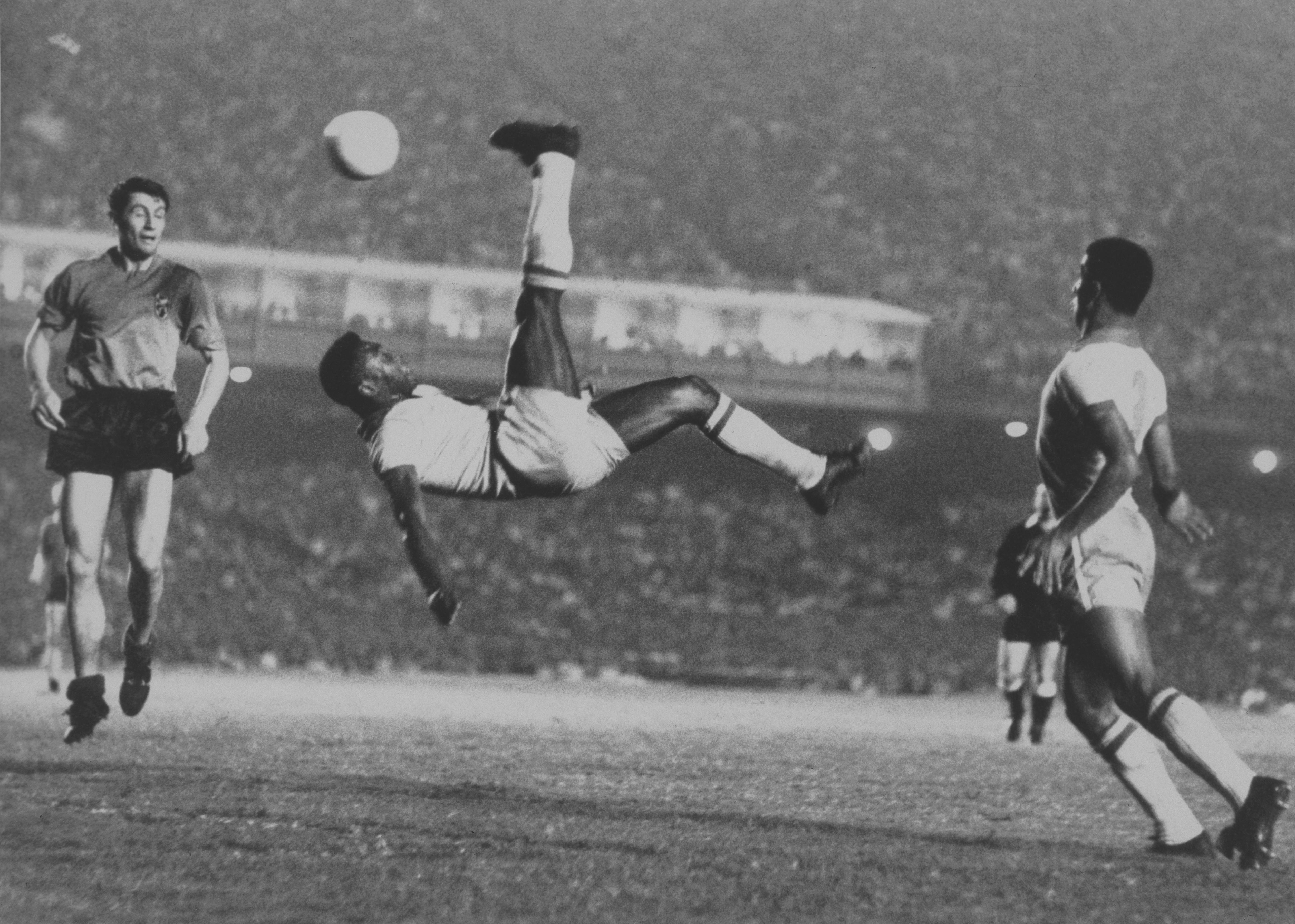 After Leonidas, Pele made it his trademark and then Diego Maradona and Hugo Sanchez continued the tradition.

In recent years we've seen the bicycle kick performed immaculately by Wayne Rooney in the Manchester derby and Zlatan Ibrahimovic.

It make by an oldie, but it's still a goodie.