The legendary Dead Man had every intention of retiring at WrestleMania 33 after battling Roman Reigns in the main event. 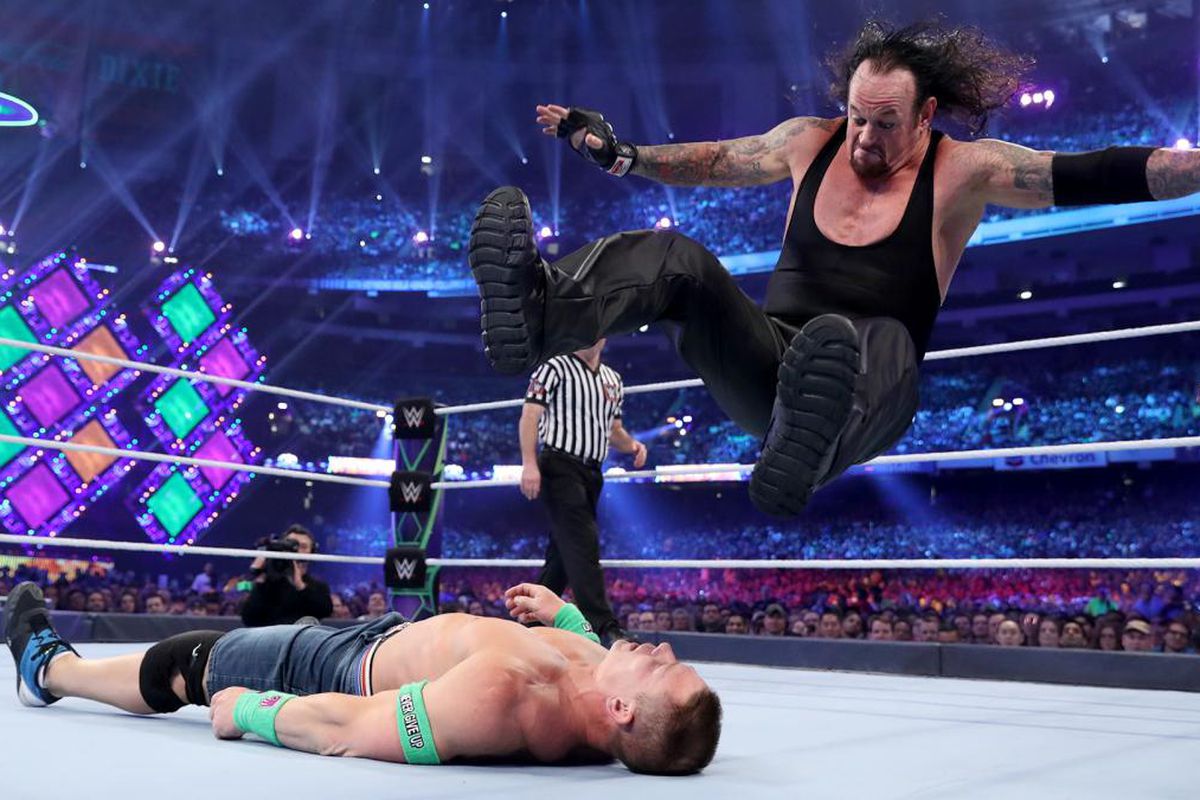 Taker laid down his famous coat, hat and gloves in the middle of the ring and even broke character to kiss wife Michelle McCool as he seemingly waved goodbye to the WWE Universe.

But an injury to his hip drastically hindered his performance, leading to the 55-year-old getting a replacement later that year in 2017.

In the stunning new The Undertaker ‘The Last Ride’ five-part documentary exclusively on the WWE Network, the Phenom reversed that decision to hang up his boots after being “disgusted” over his display against Reigns.

Sun Sport reported earlier how that led to him apologising to the Big Dog in the second episode of the documentary that aired on Sunday.

But the next year, and after a gruelling training regime following his hip replacement, he did return to the ring to face Cena at WrestleMania 34.

He squashed the Leader of the Cenation in less than three minutes, but that brief match was enough to prove to both Taker and the WWE Universe the veteran still had plenty left in the tank after his self-doubts following the Reigns clash.

And 16-time World Champion Cena was overjoyed to have played a part in helping to restore the icon’s belief in himself.

Speaking exclusively on the documentary, he says: “Someone like Undertaker, who gives his life, from good times and very bad times in this business, feels a certain way when he could have done better.

“Which is a shame, because we all love him because he’s the Undertaker.

“I hope from this day forward he understands who he is and I hope he appreciates it.”

The Phenom is still going strong now and just last month beat AJ Styles at ‘Mania in a Boneyard Match.