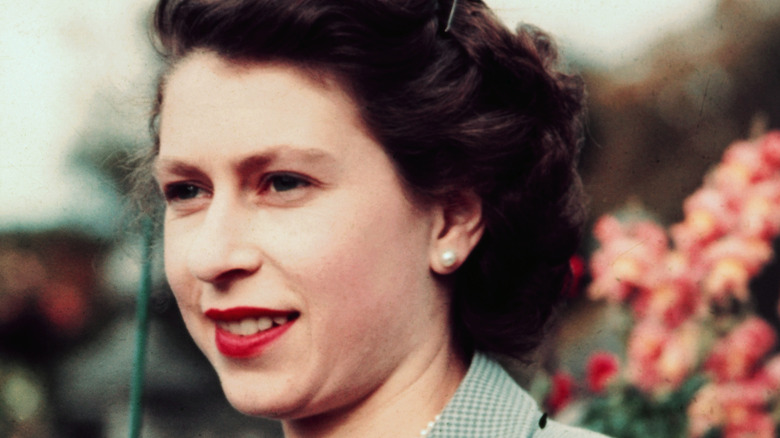 The reigning monarch in Britain throws jubilees to celebrate milestones in their reign, and each is named after a gemstone. Queen Elizabeth’s Golden Jubilee, for example, was celebrated in 2002 and marked her fiftieth year of ruling the United Kingdom. The Queen’s next jubilee, the Platinum Jubilee, is slated for June 2022 and will celebrate her seventieth year as monarch. But we’re going to go all the way back and look at the queen’s Silver Jubilee.

The Silver Jubilee marks 25 years as monarch, and for Queen Elizabeth, it was held in 1977 (via Elle). The event, which was most recently featured on Season 3 of Netflix’s “The Crown,” celebrated the queen’s dedication to her country, and it featured celebrations not only in England but also abroad in places like Fiji and New Zealand. According to Royal.UK, Queen Elizabeth’s February 1952 accession was celebrated in churches in February 1977 but the rest of the jubilee’s festivities were saved for that summer. She spent the actual February anniversary of her accession with her family at Windsor.

The Silver Jubilee was heard around the world 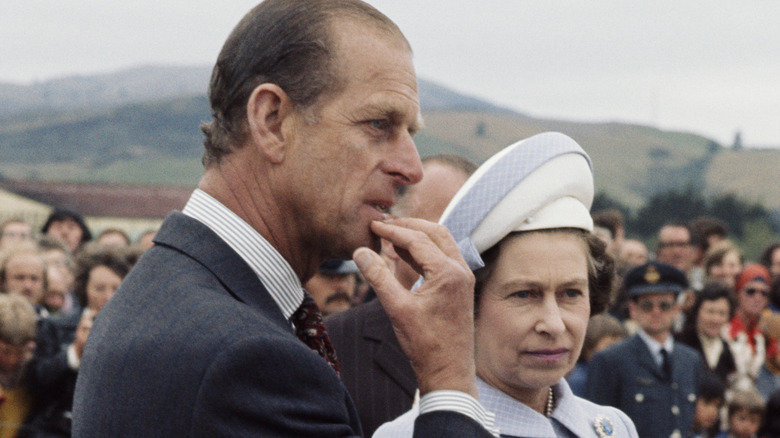 To celebrate her 25 years of reigning the United Kingdom and the Commonwealth, Queen Elizabeth embarked on several tours in 1977 that let her meet more of her citizens than she ever had before. According to Royal.UK, this was the biggest touring event ever completed by a reigning monarch in the country, and Elizabeth ultimately met more of her people than any other British monarch had.

Her tours at home led her through 36 counties in England and Northern Ireland over the course of just three months, and she didn’t stop there. According to Elle, Elizabeth ventured not only nearby to Scotland but also to the southern hemisphere to meet the people of Papa New Guinea, Tasmania, Fiji, Australia, New Zealand, and more. She even hopped over to Canada (via CBC). Prince Philip joined her for these tours, and together, the couple made their rounds to display a sense of unity that the country and commonwealth needed at the time. In fact, Royal.UK states that Elizabeth was very open about the fact that she wanted her Silver Jubilee to act as a unifying agent in its entirety. She didn’t want the celebration to solely be about her life and reign.

Her tour stops included inspecting guards, driving around waving at civilians in open-top cars, attending galas, and much more, with the focus being on connecting with the people (via Elle).

These acts brought the world together for a moment 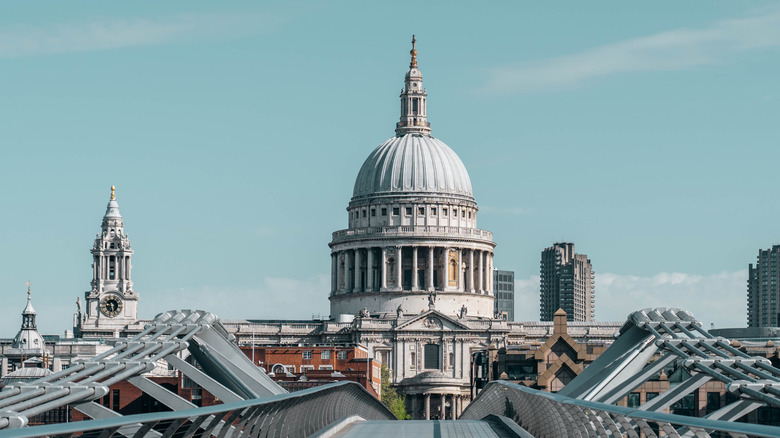 Queen Elizabeth’s tours reportedly lasted three months, but the festivities would really take off come June 1977. In an act of unity, Elizabeth set a bonfire ablaze at Windsor on June 6, which set off a chain reaction of fires across the country (via Royal.UK). Together, the country burned to show its single heart and its loyalty to itself, its monarch, and its people.

On the next day, British people witnessed Elizabeth ride in the Gold State Coach to St. Paul’s Cathedral where she would attend a Service of Thanksgiving alongside officials from around the world and even former U.K. prime ministers. This communal event extended the show of unity from just the country and the commonwealth to a show of unity for the world and especially the U.K.’s allies.

These acts of unity come just a few decades after two World Wars ravaged the globe and the Cold War kept the world hostage upon their end (via Britannica). It was a paramount time to secure connections, make people feel seen, and hopefully turn the tides toward a more unified world.

This speech was watched by over 500 million people 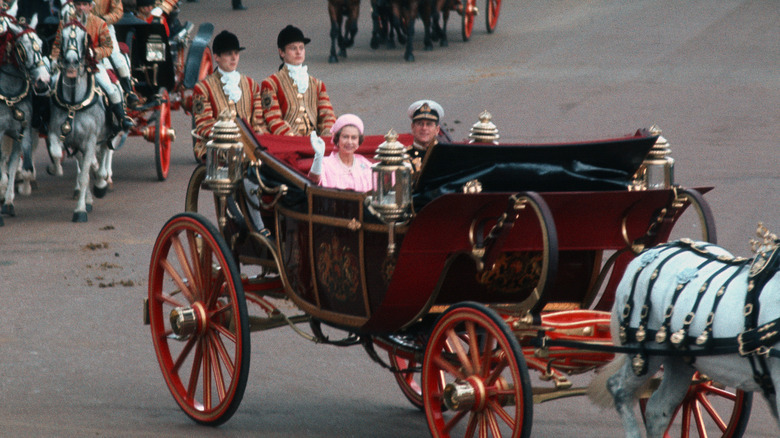 After Queen Elizabeth’s Service of Thanksgiving at St. Paul’s Cathedral on June 7, she went to a lunch at Guildhall that would turn into a huge moment for people across the entire country. At Guildhall, Elizabeth gave a speech that would be watched by an estimated 500 million people around the world (via Royal.UK).

The queen’s speech saw her famously say, “My Lord Mayor, when I was twenty-one I pledged my life to the service of our people and I asked for God’s help to make good that vow. Although that vow was made in my salad days, when I was green in judgement, I do not regret nor retract one word of it.” This declaration was another attempt by the queen to show unity for her people. It showed her sense of humor with the salad joke while showing that she’s still committed to them.

After this lunch and speech, Elizabeth returned to Buckingham Palace, where she made several appearances on the abode’s balconies. People partied across the country, and Royal.UK even notes that 4,000 parties are estimated to have been held in London alone.

This is the lasting legacy of the Silver Jubilee

All good things must come to an end, right? What started with trips around the world ended with a procession down the River Thames from Greenwich to Lambeth (via Royal.UK) on Thursday, June 9, 1977. This trip down the river was meant to symbolize Elizabeth I’s barge trips. In a way, this too showed solidarity and unification. It showed that Elizabeth really knew the woman she named herself after well and that she would honor not only her but the heritage that comes with being queen and carrying the Elizabeth name. It’s about paying attention to history.

At the end of her river trip, the queen was met with fireworks, and during this day she also officially opened the Silver Jubilee Walkway and the South Bank Jubilee Gardens. These two places would forever honor this day and celebration, just as a new trust would. The Queen’s Silver Jubilee Trust was opened to help people in need, and since it opened in 1977, it has given out grants collectively totaling more than £80 million (via Royal.UK).