One woman told BuzzFeed News she went out into the street to find people to remove her uncle’s corpse, as her home city in Ecuador is overwhelmed by the coronavirus. 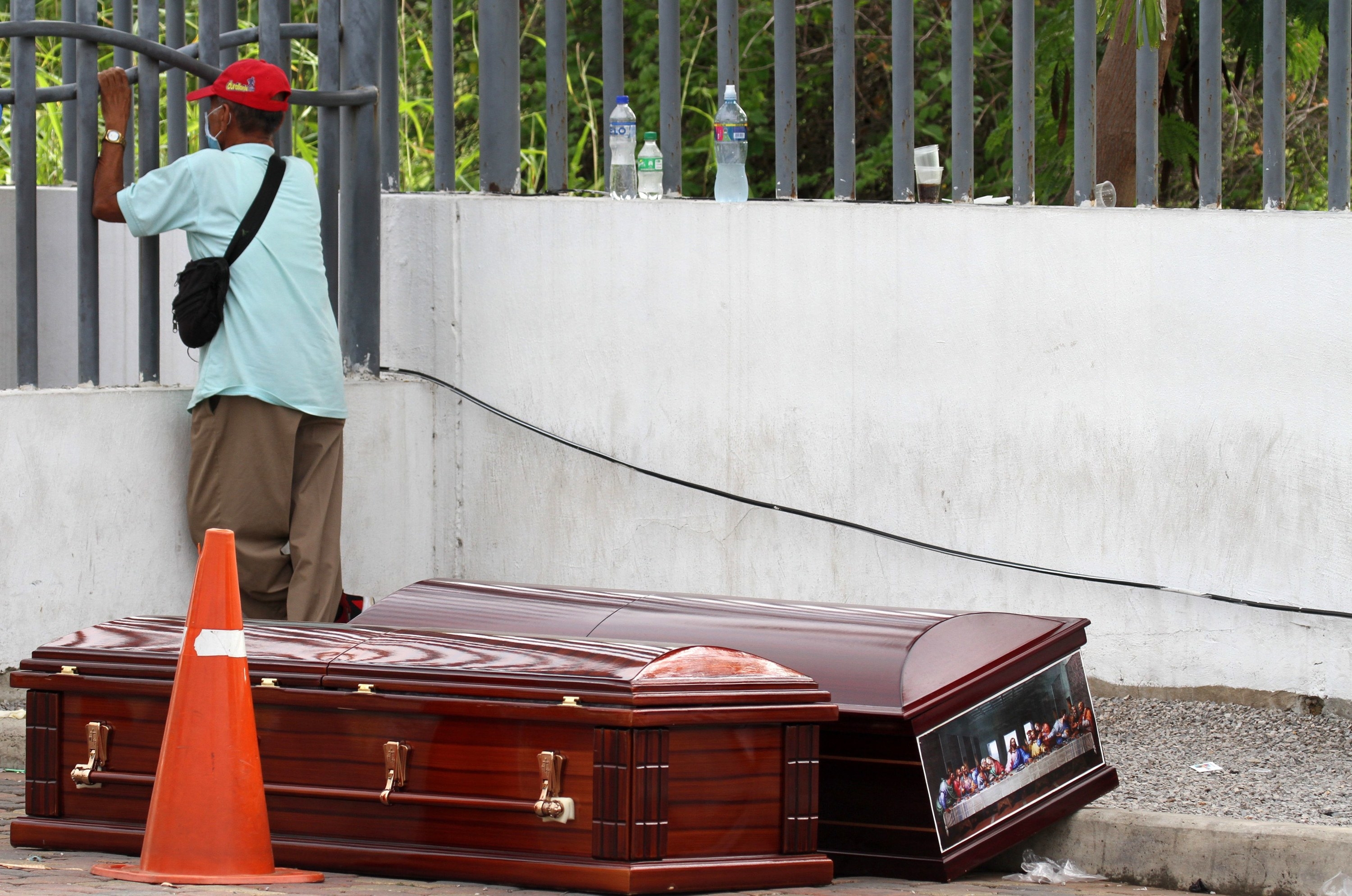 A man waits for the corpse of a relative outside a hospital in Guayaquil on April 1, 2020.

The journalists at BuzzFeed News are proud to bring you trustworthy and relevant reporting about the coronavirus. To help keep this news free, become a member and sign up for our newsletter, Outbreak Today.

José Francisco Vargas died on the second floor of his house on Sunday.

For five days, his body languished there.

In a bedroom on the ground floor, Carmen, Vargas’ niece, huddled with her two young daughters. Eight months pregnant, she had called 911 countless times, begging to have his remains removed. Carmen is afraid they, too, will develop a cough anytime now, the harbinger of COVID-19, the potentially fatal disease caused by the novel coronavirus.

Hundreds of corpses are rotting inside homes, on sidewalks, and in hospitals in Guayaquil, Ecuador’s largest city and one of the hardest hit in Latin America by the spread of the coronavirus. Overwhelmed, the government has been unable to keep up the pace with the dead, and scared of contagion, funeral homes are refusing to handle the bodies.

Leaders around the world have for weeks imposed increasingly tight measures to prevent their countries from being overwhelmed by the virus. For Guayaquil, that moment has arrived and it is a scary preview of what many countries in the region are likely to confront.

“I’m tired, agitated, worried,” said Carmen, who asked that her last name be withheld for fear of retaliation by the state, “and this torment is still not over.”

Video: Carmen eventually had to pay a group of strangers to collect her uncle’s body from her home.

Videos of families dumping bodies on the streets of Guayaquil and of hospital rooms filled with body bags have flooded social media during the last days. Though many are difficult to verify, authorities admit that the situation has gotten out of control.

“We demand that the national government come pick up the corpses that are piling up,” said Cynthia Viteri, the mayor of Guayaquil, during an interview with NTN24, a Colombian news channel, on Monday.

The following day, Viteri said several shipping containers would be installed around the city to temporarily house the dead. Viteri, who gained international notoriety last month after blocking a runway to stop a plane from Madrid from landing, said she had tested positive for coronavirus. 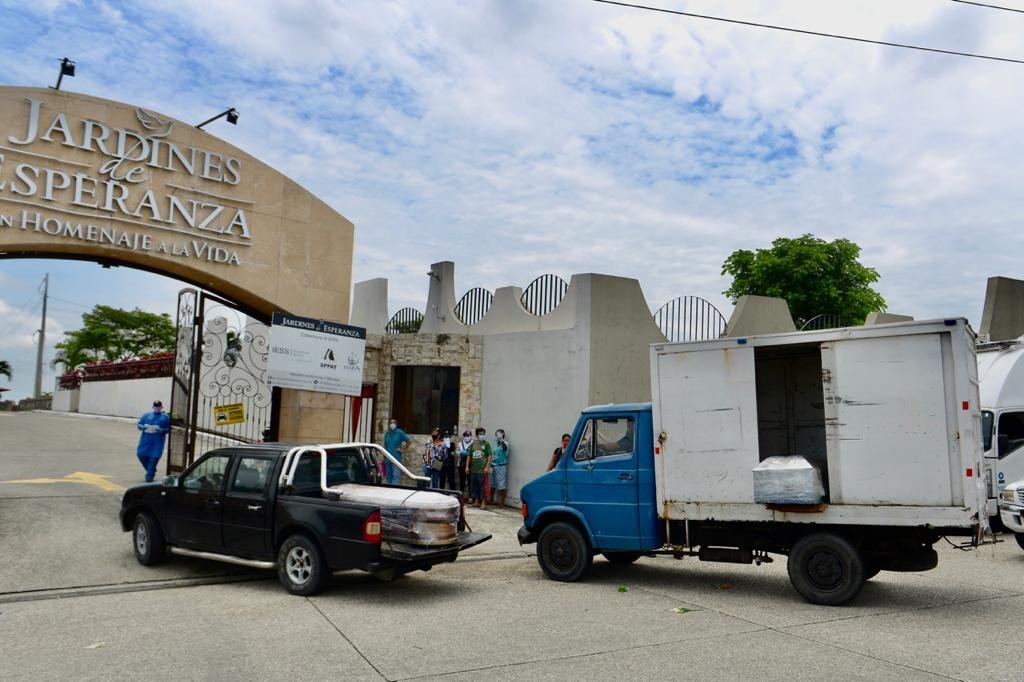 Coffins are transported into a cemetery on trucks, in Guayaquil on April 1, 2020.

Ecuador has taken some of the most strict measures to stop the spread of the coronavirus, including shutting down all international and interstate travel and imposing a nationwide 2pm-5am curfew. Still, the crisis there provides a window into what happens when a nation’s health and security apparatuses collapse in the middle of a pandemic.

By Thursday, Ecuador had 3,163 confirmed cases of coronavirus and 120 deaths, according to the country’s health ministry. The majority of these cases are in Guayas province, where Guayaquil is located. In the coming months, between 2,500 and 3,500 people are expected to die there, according to Jorge Wated, the official in charge of managing the task force to dispose of the dead.

When he was initially assigned to lead the task force earlier this week, Wated said that there were plans to build a mass grave in Guayaquil, though authorities later appeared to backtrack.

“Everyone who dies must have a dignified burial,” vice-president Otto Sonnenholzner said.

But that seems to be out of reach for many, for now.

Because testing is extremely limited, it isn’t clear who is dying of coronavirus. Carmen said her uncle developed a cough and shortness of breath last weekend. They took him to a hospital but it was so busy that they weren’t able to get inside, she said. Vargas died within a day. Now, another of Carmen’s uncles, who lives next door, has begun to exhibit Covid-19 symptoms.

In homes across Guayaquil, the pain of loss is compounded by the anger of having to watch relatives decompose — quickly, with an average temperature of 88F these days. 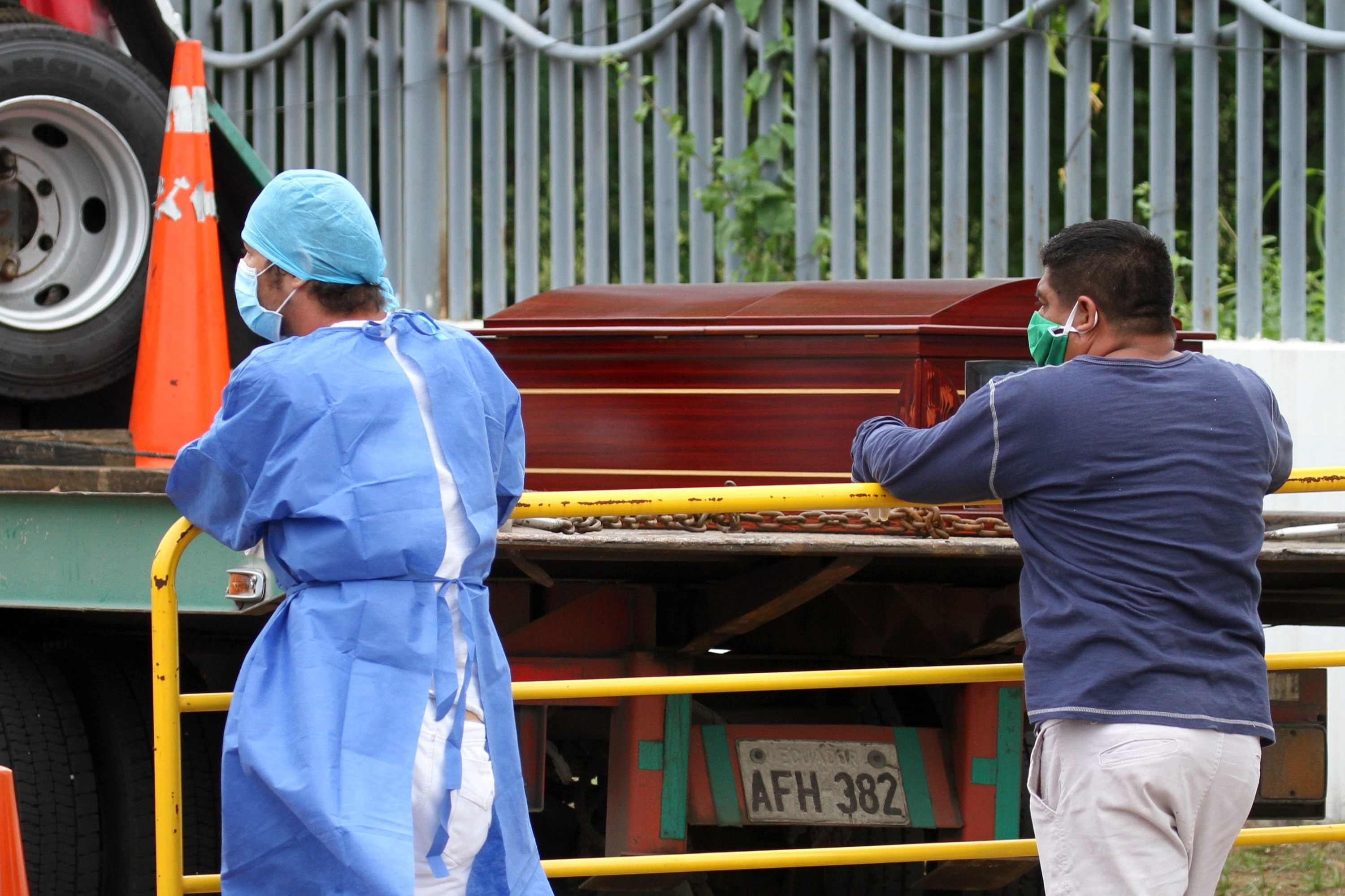 A man (R) wearing a face mask waits for the corpse of a relative next to a health worker outside a hospital in Guayaquil, Ecuador on April 1, 2020. – Residents of Guayaquil, in Ecuador’s southwest, express outrage over the way the government has responded to the numerous deaths related to the novel coronavirus, COVID-19, saying there are many more deaths than are being reported and that bodies are being left in homes for days without being picked up. Ecuador marked its highest daily increase in deaths and new cases of coronavirus on Sunday, with the total reaching 14 dead and 789 infected, authorities had said. (Photo by Enrique Ortiz / AFP) (Photo by ENRIQUE ORTIZ/AFP via Getty Images)

On Saturday another resident, Stefany Espinoza, called 911 repeatedly after her grandmother began struggling to breathe. The following day, Espinoza tweeted a photograph of her and her grandmother. “She died today at midday, I keep calling over and over to get help removing the body. We are devastated and need help, please.”

Minutes before a scheduled telephone interview to discuss the situation with BuzzFeed News, Espinoza cancelled. Her grandfather had started to develop symptoms.

In a tweet to Wated, another woman pleaded to have the body of her father removed from her home. “I have children at home, I’ve called 911 a thousand times,” wrote @MaFerPeG. “He’s beginning to smell.”

Tired of waiting for the authorities to come up and pick up the body of her uncle, on Thursday afternoon, Carmen tried to flag down a group of soldiers. They ignored her, she said. So she walked out, found a group of men on the street, and told them she’d pay them to help her out.

Carmen said she gave each $10, gloves and a mask, and together, they brought Vargas down the narrow stairway and onto the street. Then they loaded his body onto a red pick up truck, and drove off. 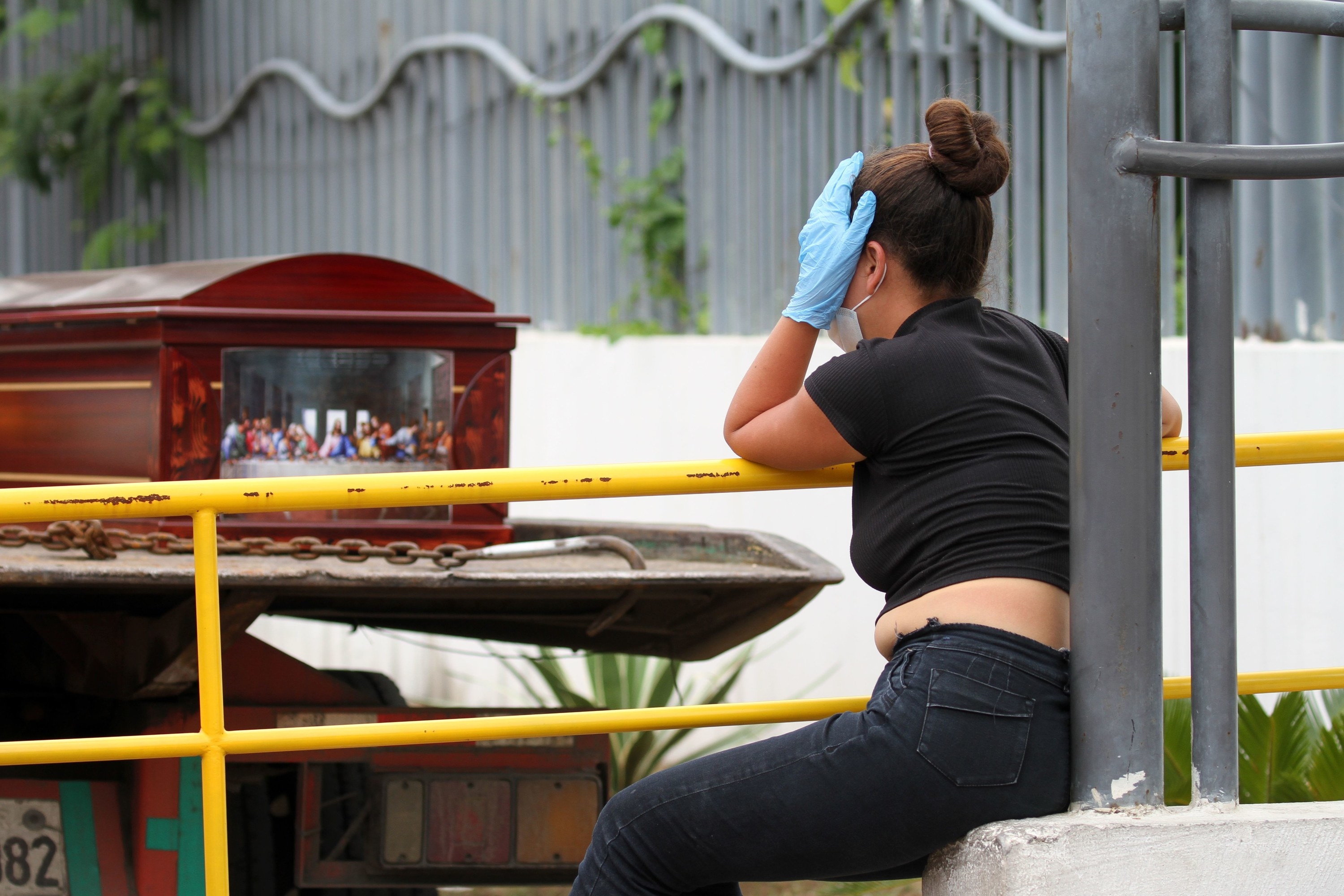 A woman mourns as she waits for the corpse of a relative outside a hospital in Guayaquil on April 1, 2020.