Werner arrived at Stamford Bridge from RB Leipzig last summer for around £47.5million, but struggled in his first season. 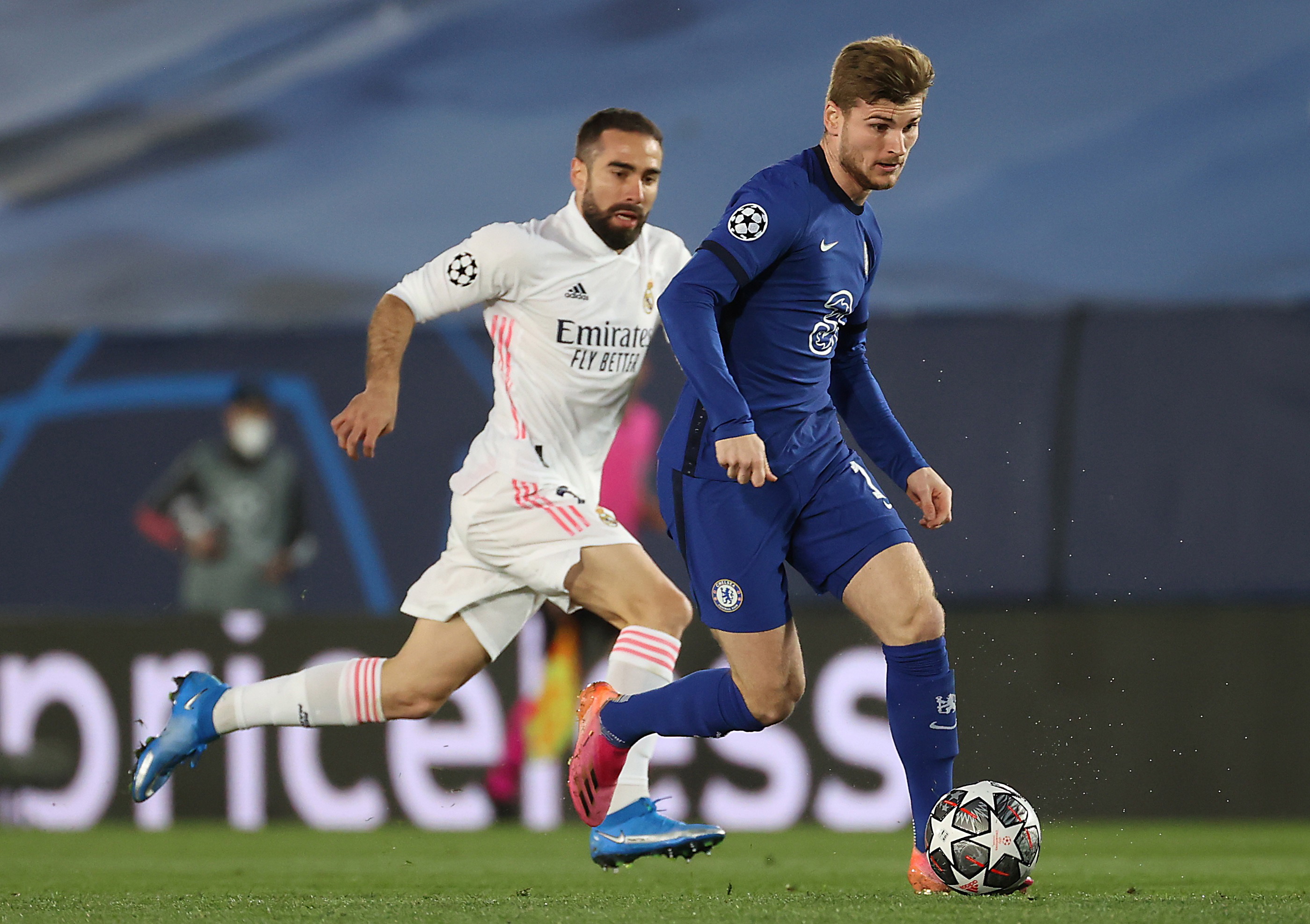 He did manage 12 goals and 15 assists in 52 goals but at times lacked confidence and missed big chances.

Still, manager Thomas Tuchel kept faith in the forward and even started him in the Champions League final against Manchester City.

And despite the Blues winning their second European cup, Werner's future remained up in the air.

Carlo Ancelotti, who has returned to Madrid from Everton, was a rumoured admirer of the pacey attacker.

But his agent all-but ruled out a departure after one year with Chelsea, as he insisted the player is happy in West London.

Karlheinz Forsterbe told Sport1: "You can’t rule out anything, but if I had to assess it at the moment, then I would say very clearly that Timo will stay at Chelsea.

"He feels comfortable there. A move will not be an issue in the foreseeable future."

CASINO SIGN UP OFFER: GET £10 FREE BONUS WITH NO DEPOSIT REQUIRED

Before the trio got their hands on the Champions League trophy in May, Werner confirmed he had no desire to leave Stamford Bride.

He said: "In terms of scoring and missing chances, it was the worst season. But in the end I still have 27 goal contributions.

"I think I’m the first in our team for that, so it was not everything bad and I don’t think about leaving the club this year, for sure not.

"And also for the next year because I think we have a very good team and I hope to come back to scoring and that I can do everything that’s expected of me."