Transgender teenager successfully sues his high school after being denied use of the men’s bathroom aged 14 – which he says made him feel ‘small, nervous and terrified’

A transgender teenager has successfully sued his school after being told he wasn’t allowed to use the men’s toilets despite having begun his transition.

Drew Adams, now 19, from Tallahassee, Florida, took legal action against the St. Johns County School District in 2017, after he was forced to use either the girls bathroom or a single-stall gender neutral bathroom.

The teenager started the legal process at the age of 16 and has spent the last three years engaged in a grueling battle to allow transgender students to use toilets which match their gender identity.

Speaking to Radio 1 Newsbeat, he told how after being denied use of the male toilets at the age of 14, he felt ‘small, nervous and terrified’, and as if he’d ‘done something wrong’ for wanting to use the men’s bathroom. 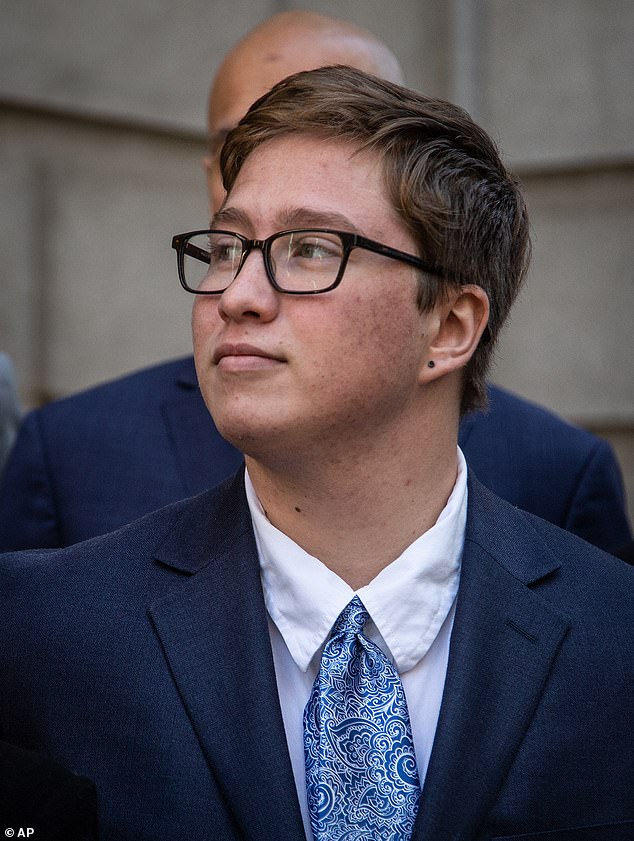 Drew Adams, now 19, from Tallahassee, Florida, pictured last year, has successfully sued his school after being told he was not allowed to use the men’s toilet 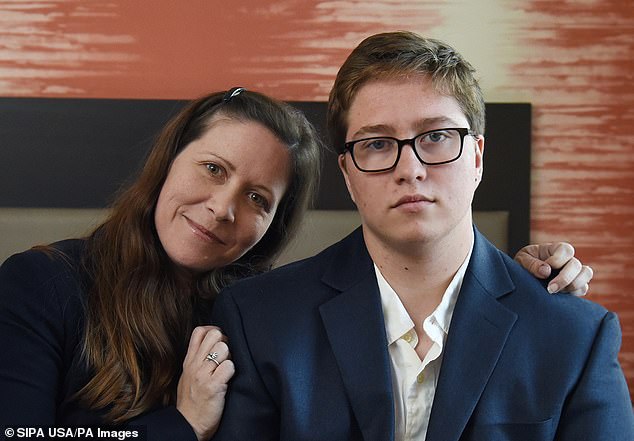 The teenager, pictured with his mother Erica Kasper, started the legal process at the age of 16 and has spent the last three years engaged in a grueling legal battle

Though his assigned gender was female at birth, Drew began his transition to male before he enrolled in Allen D. Nease High School in Ponte Vedra Beach.

The school district, however, pointed to forms filled out when Drew was in his fourth year at school that listed him as a girl, and said he couldn’t use the boys’ bathroom as a result.

Drew’s mother Erica Kasper filed a civil rights complaint in 2016 – which can be filed in the US if you believe that you have been discriminated against because of your race, color, national origin, disability, age, sex, or religion.

A year later, Drew and Erica decided to take legal action, after they claim their various complaints went ignored. An original lawsuit filed in 2018 was won by Drew, however the school appealed the decision, which led to Drew’s latest victory. 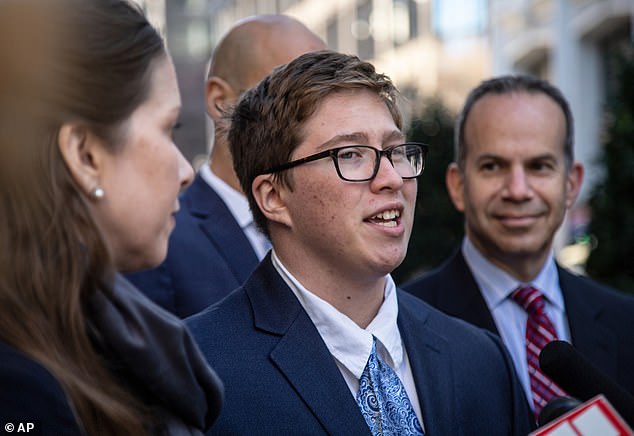 The teen, pictured following his win at the court of appeals, has told how after being denied use of the male toilets at the age of 14, he felt ‘small, nervous and terrified’

However, Drew suspects the case could go all the way to the Supreme Court if there are future appeals.

‘I can’t speculate on what might happen,’ said Drew. ‘But I do know that trans people can’t wait. The right time for trans rights is now.’

The latest ruling covers schools in Florida, Georgia and Alabama, but the victory is considered a milestone for transgender rights that will resonate beyond high school bathroom use.

The ruling noted that Drew had already undergone physical transitions, including a removal of breast tissue and hormones that promoted secondary male characteristics and a deepening of his voice. 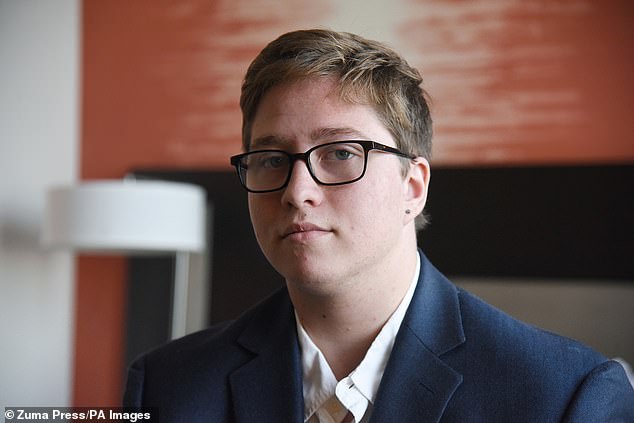 Drew, pictured last year, has since graduated from the high school and attends the University of Central Florida

The ruling dismissed school board claims that male students’ privacy would be compromised if Drew used the boys’ restroom and that some boys might claim to be ‘gender fluid’ in order to be voyeurs in the girls’ restroom. The court said there was no evidence that either was the case.

Drew has since graduated from high school and attends the University of Central Florida.

Paul Castillo, a lawyer for Lambda Legal, an organization that fights for LGBTQ rights, said at the time of the ruling, though immediately affecting a few states, the outcome could have a national impact.

‘I could not be more impressed with his resolve over the years and his steadfast commitment for LGBTQ equality, particularly for transgender youth,’ Castillo said.

‘Even though he’s graduated, he continues to put himself, through his case, in a position to help thousands of transgender youth across the country.’