It’s no secret that Samsung makes some of the best 4K and 8K TVs money can buy. This year alone, the firm has launched the Sero, which can rotate to mimic your smartphone screen, the Serif, which disguises itself as a painting on the wall whenever you’re not watching, and the all-new 8K models, which include a stunning bezel-free design.

However, the Korean firm has something new up its sleeve – a completely new way of bingeing on boxsets and it means some customers may decide they no longer need a giant TV taking up real estate in their living rooms or on the walls.

Called The Premier, this new 4K Ultra Short Throw laser projector can beam stunning footage straight onto any wall in your home with Samsung even claiming that it’s capable of producing an image that is HDR10+ certified. In theory, that means users get the ultimate picture quality no matter how dark or light the image being projected.

Along with HDR10+, The Premiere also supports Filmmaker Mode, which marks the first time such technology has appeared in a projector. This setting allows users to enjoy watching movies as director intended. 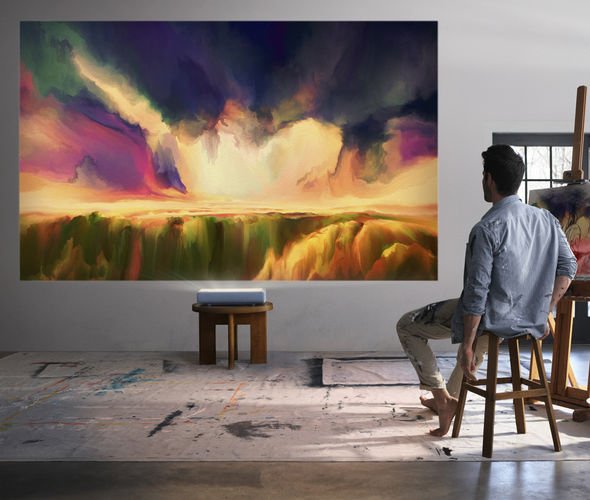 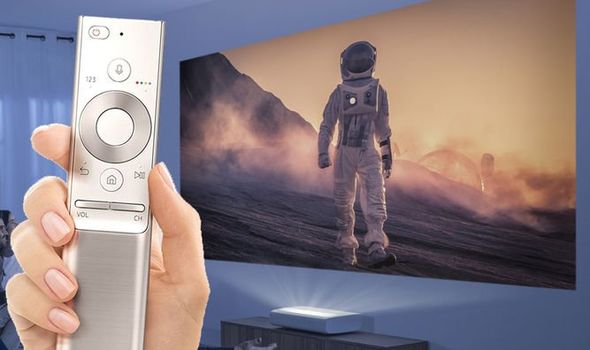 If you’re concerned about content to watch then Samsung has that covered as this smart projector comes equipped with the firm’s Smart TV platform. That means you get access to the full of list streaming video apps from major content partners and mobile connectivity features such as Tap View and mirroring.

Another bonus of this projector is how big it can make the image with Samsung confirming that it is capable of beaming footage to a size of up to 130-inches onto any wall. Triple laser technology makes sure it delivers revolutionary contrast details as the user watches from bright to dark scenes with a peak brightness of up to 2,800 ANSI lumens.

“Over the past few months, we have seen how consumers are spending more time at home and how the role of everyday life continues to change. TV has become the center of entertainment, a fitness partner, a co-worker and a source for news,” said Jongsuk Chu, Executive Vice President of Visual Display Business at Samsung Electronics. “The Premiere re-imagines the home cinema experience with an all-new, compact design, 4K picture quality and big sound for tight spaces that can be used for any at-home activity and living room arrangements.”

There’s no word on UK price or availability just yet, but two models are set to land on store shelves across the world. The more basic LSP7T offers a slightly smaller projection and does not have compatibility with HDR10+.

If you want a bigger image and HDR10+ then the LSP9T is the one to watch out for. More news on a full release date will hopefully be announced in the coming weeks.