Kelley Flanagan speaks out on breakup with ‘Bachelor’ Peter Weber

Alana Milne and Anna Redman both started their search for love wearing the Viva 2Way Gown ($269), a figure-hugging dress with an open back. And, while the gown even features convertible straps, both girls coincidentally arranged them in the same crisscross style.

The contestants each accessorized the look with dangly silver earrings.

While it looked like drama waiting to happen, both ladies got to coordinate their outfit with the ultimate red accessory by the end of the night: a rose from James, securing their place for another week on the dating show.

Some felt let down by the lack of drama over the matching looks, as the pair were even lined up next to each other for the rose ceremony. One wrote, “You’re telling me that we DIDN’T have a major meltdown with two girls in the same dress? I feel CHEATED.”

Another said, “The producers WOULD stand the two girls who accidentally wore the same red dress right next to each other.” 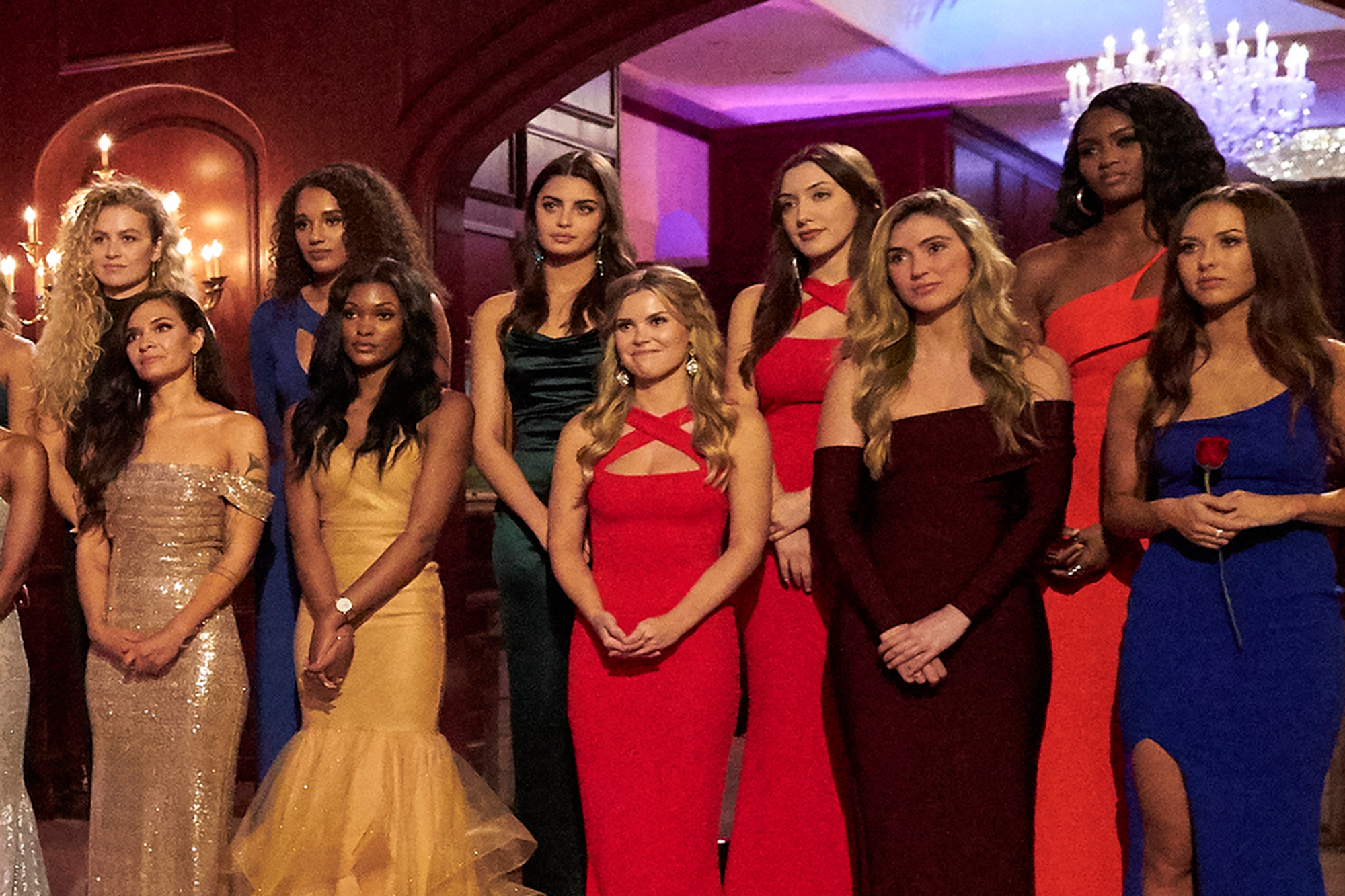 A similar dress snafu reportedly happened for the first time in “Bachelor” history on Colton Underwood’s season, when two contestants accidentally sported the same strapless red gown on the first night. Plus, on Hannah Brown’s season of the “Bachelorette,” the male contestants passed around the same salmon-colored blazer for rose ceremonies when they ran out of suiting options.

While contestants of the ABC show must bring their own clothing for the competition, if one of the ladies from James’ season goes on to become the next “Bachelorette,” it seems she would get to define her own unique style with help from the show’s stylist, Cary Fetman.

“Thousands of pieces come to [the show’s stylist],” Bachelorette” designer Randi Rahm — who recently dressed both Clare Crawley and Tayshia Adams — told Page Six Style. “And then the ‘Bachelorette’ goes through these pieces and selects things that she wants to try on, that she’s attracted to.”

While it remains to be seen whether eye-catching mascara or some female-version of the show’s famed salmon jacket will be this season’s style mainstay, things are already off to a red hot start.

Related posts:
TV and Movies
Noah Beck Sees Himself Marrying Dixie D'Amelio (Exclusive)
How a Severed Hand Led to Taiwan's Oscar Contender 'A Sun'
Kym Marsh having urgent hernia operation and will miss the first week of Morning Live
Inside Hollyoaks couple Gregory Finnegan and Anna Fraval's amazing seaside home with huge kitchen and fireplace
Recent Posts
This website uses cookies to improve your user experience and to provide you with advertisements that are relevant to your interests. By continuing to browse the site you are agreeing to our use of cookies.Ok