TYSON and Paris Fury got a surprise on their morning Instagram workout with son Prince Tyson Fury II claiming their family home was invaded by a monster.

Complete with cartoon pyjamas, the well-behaved boy joined his mum and dad for their warm-up, with the WBC king and his wife seeming to call the youngster by his nickname ‘Totty’. 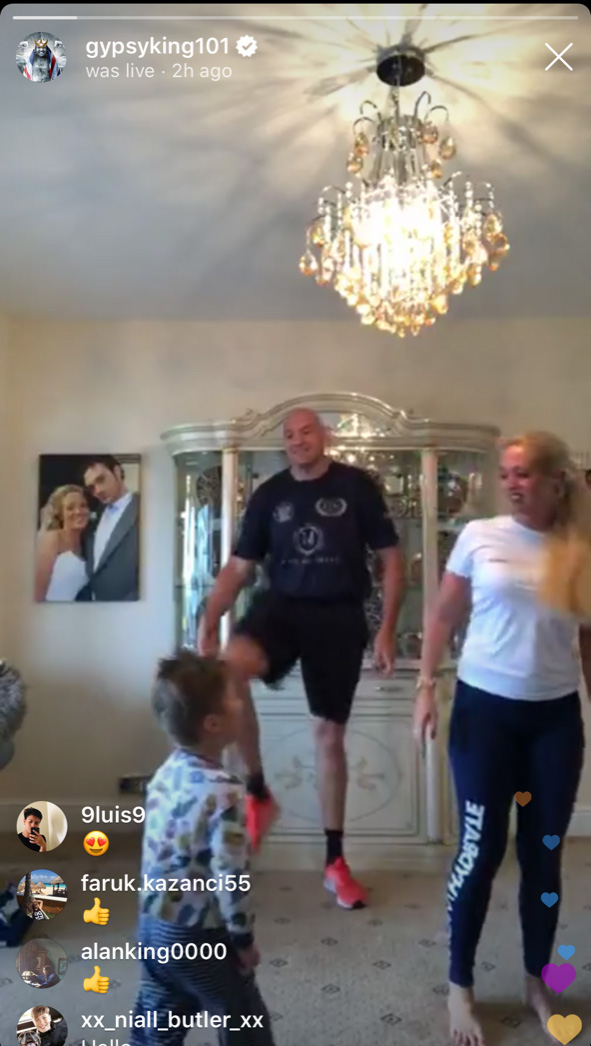 The toddler retired when the going got too tough but he returned at the backend of the work-out to claim the Morecambe pile had been invaded.

Bursting back into the scene, Fury Jr yelled: “Mummy, there is a monster in the house”.

When Paris quizzed her boy on what the beast looked like, he said: “It is blue, black and yellow”.

Quick-witted Tyson then joked: “it’s your granny” before the pair finished the morning blast with another assault on their abs.

The youngster started the streaming session by falling off the sofa in the family-room-turned-gym.

But young Fury followed up his slip with some hard graft that his father would have been proud of.

The nipper joined in with sit-ups, gruelling burpees and dozens of practice punches in between his parents.

Paris, sporting what she described as a “quarantine haircut” had trimmed her blonde locks from down at her hips to her bellybutton.

And man and wife were both complaining of aches and pains after doing six weeks of daily sessions, including 700 sit-ups the previous morning.

But both battled through the fatigue to keep up to 3,000 viewers slogging along to the list of exercises Fury had joked about scribbling down on a scrap piece of paper.

The Gypsy King joked: “I am the lineal and WBC heavyweight champion of the world. Undefeated two-time champion and two-time Ring Magazine champion. And I am writing down my training sessions in crayon!

"When this lockdown is all done I am getting this scrappy piece of paper framed." 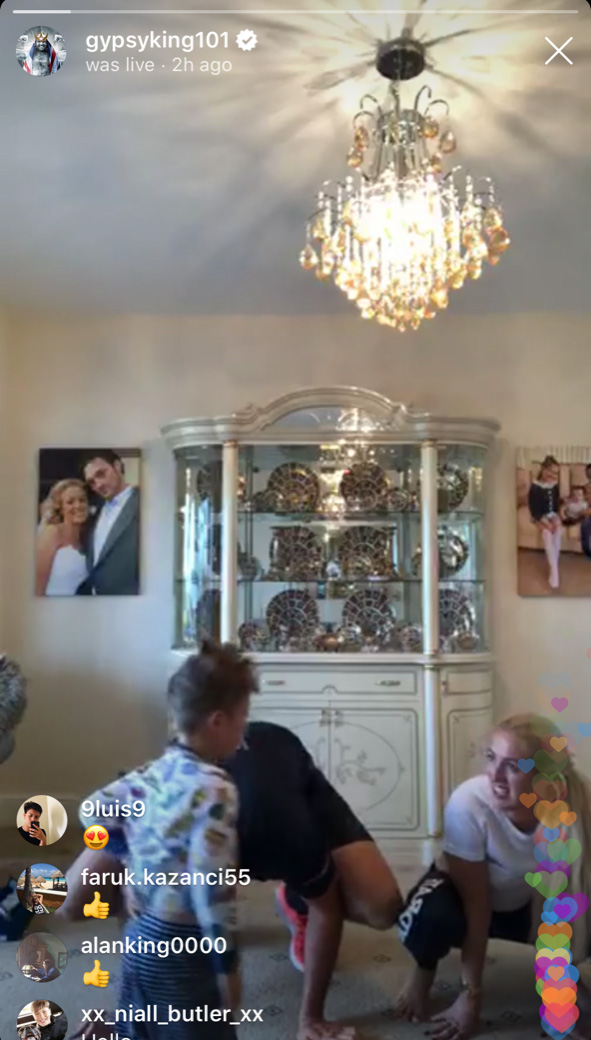 The childhood sweethearts broke out into a dance after their first set of exercises, with Tyson – who has teased an MMA career – even throwing a couple of kicks at the camera.

Fury Jr left the room when he became bored of the physical demands to join his four siblings having fun in the rest of the house, leaving Tyson and Paris to complete the session.

Only to return at the backend of the broadcast with the worrying news of the multi-coloured monster prowling the house. 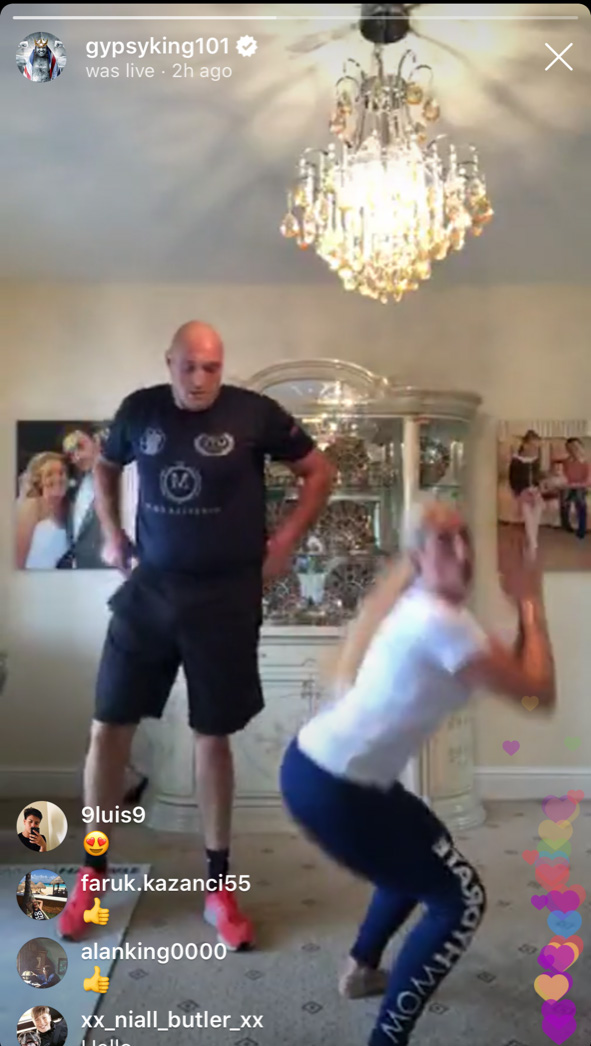