IAN HEINISCH put this week’s coronavirus ordeal behind him by blitzing Gerald Meerschaert at UFC 250.

The star, 31, was pulled out of the event on Thursday when a member of the American’s team tested positive for Covid-19. 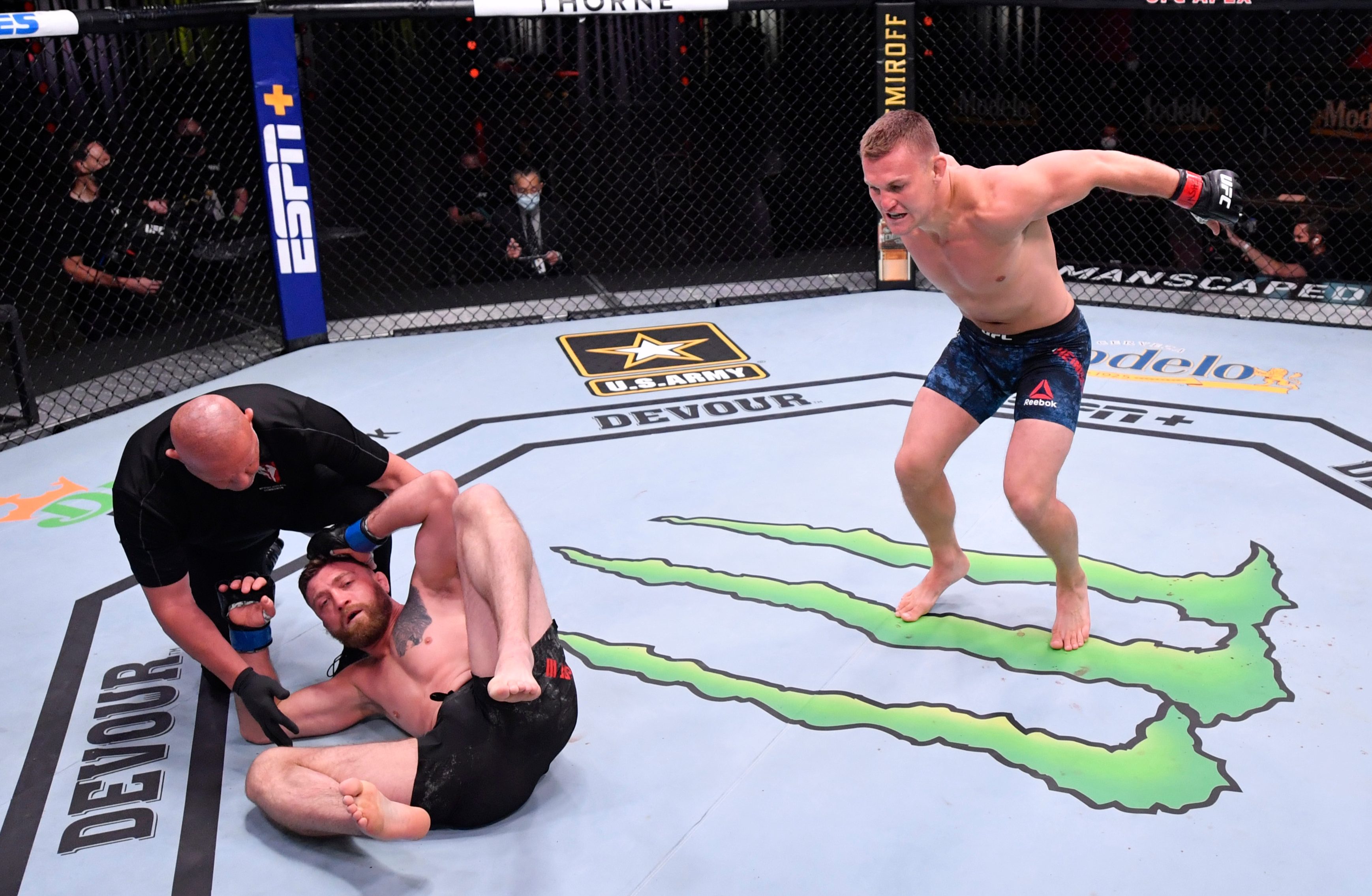 But a second test came back negative, giving the fighter a second chance and enabling him to take on his 32-year-old foe.

And he celebrated getting the green light to fight in a big way with a quick-fire barrage of punches to seal a TKO finish.

After suffering back-to-back losses for the first time in his career, Heinisch returned in devastating fashion to finish it after just 74 seconds.

He came after Meerschaert with several stiff combinations straight from the off.

Heinisch then set up a perfectly timed overhand right that sent his opponent crashing to the canvas.

That was followed with several punches on the ground as Meerschaert tried to cover his head and survive.

But the referee had no choice but to stop the fight. 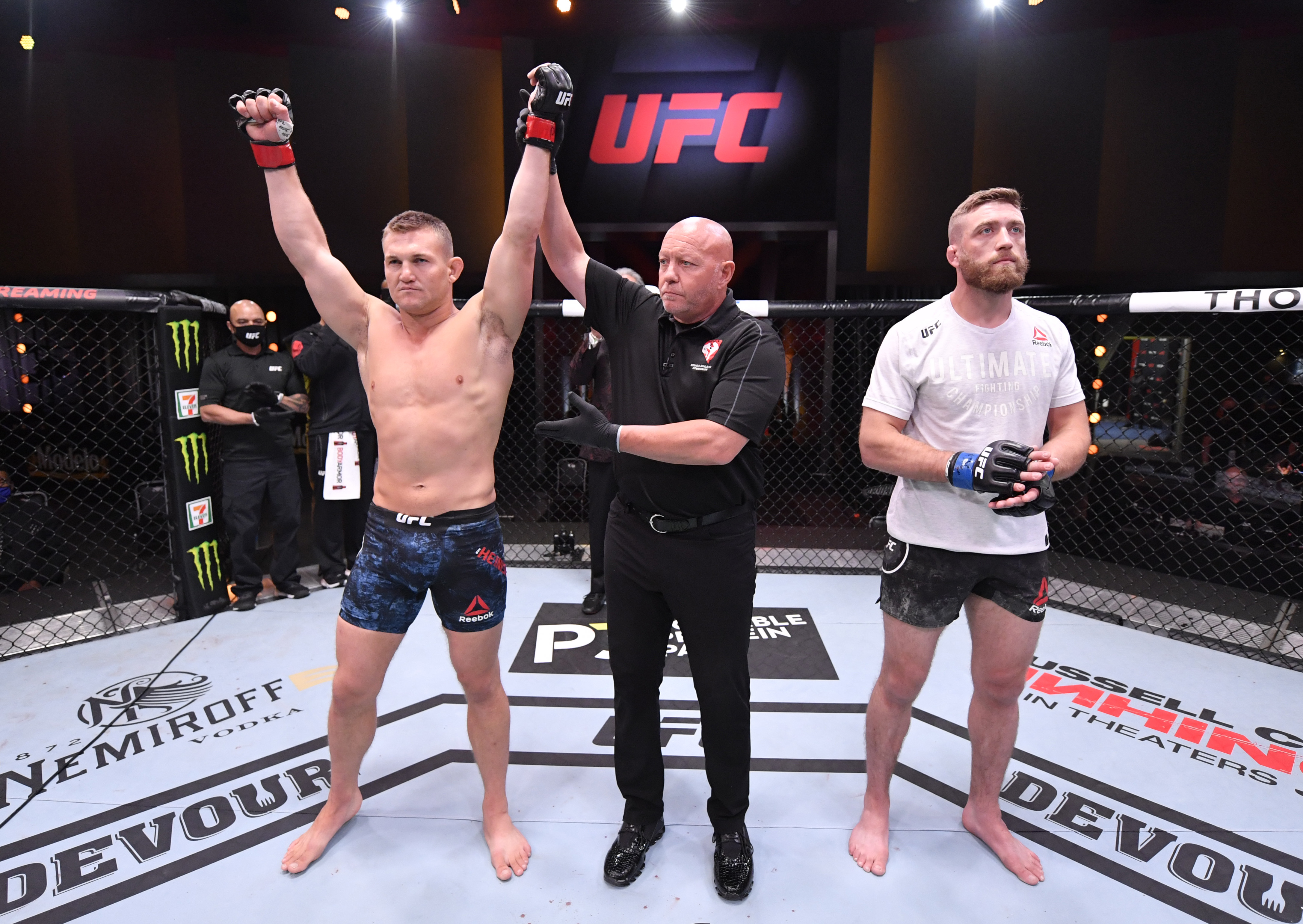 The victory moves Heinisch to 3-2 in the UFC, who said afterwards: “It’s huge, you drop two in the UFC, I’ve only fought ranked killers since I’ve been in the UFC, so to finally come into my own and get a big finish, especially with all of the changes going on right now, it was a wild camp, it’s been a wild life, so it feels good for all of the hard work to pay off.

“I’m definitely moving to Thailand as soon as the borders open back up, splitting camps is something that I’m interested in, I had a great vibe this whole camp.

“Training at elevation is hard on my body, but it always gives you that extra will power in the fight. I’m going to discuss with my manager, but I definitely want to start climbing the rankings again. I’m rank 13, if Uriah Hall doesn’t have an opponent in the near future, that’d be an interesting fight for me, or basically anyone ranked.”