LEON EDWARDS booked his long-awaited crack at the welterweight title with a bloody victory over Nate Diaz – but he had to survive a late scare.

The pride of Birmingham locked horns with the fan favourite early this morning at UFC 263 in Glendale, Arizona. 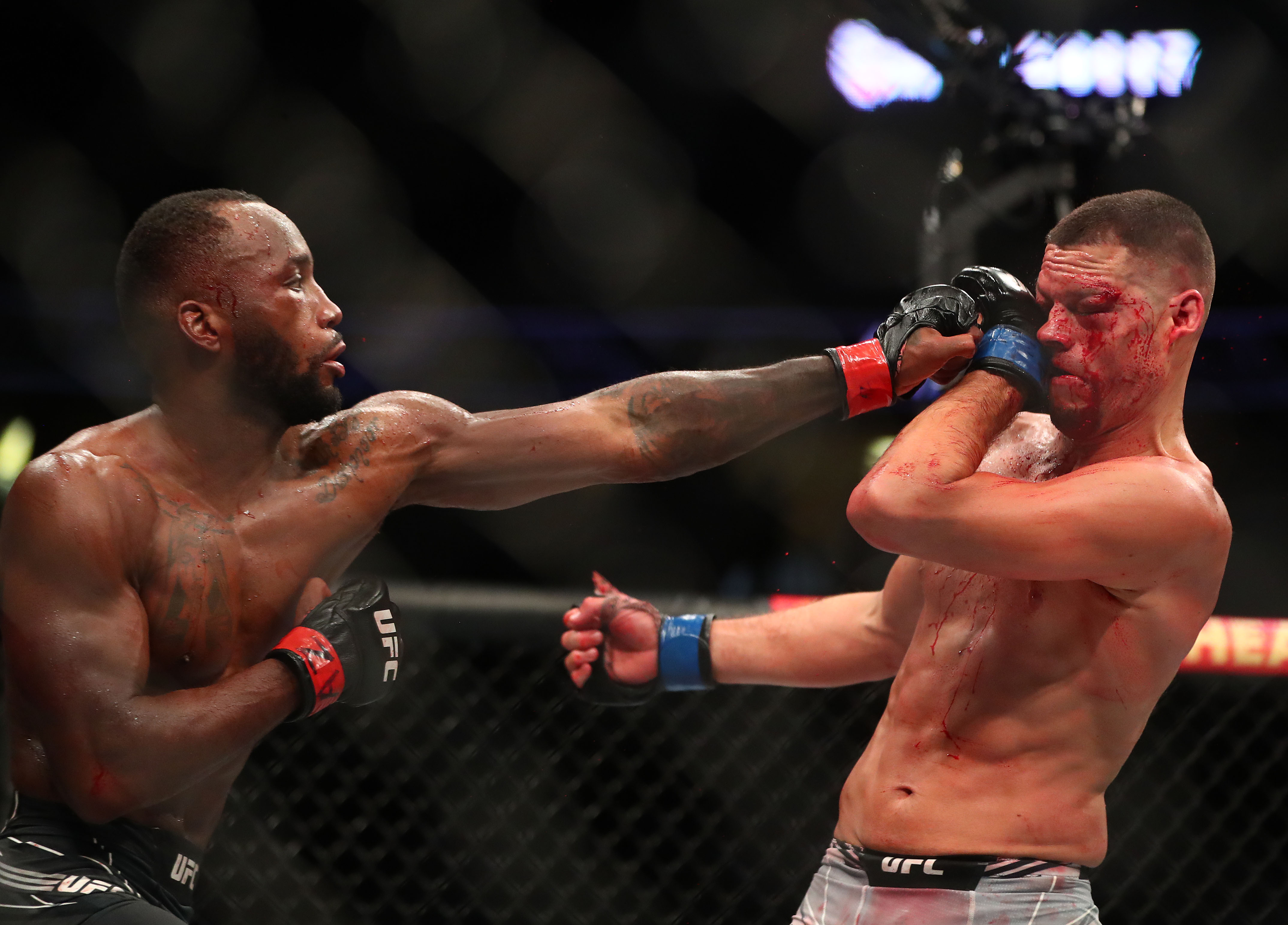 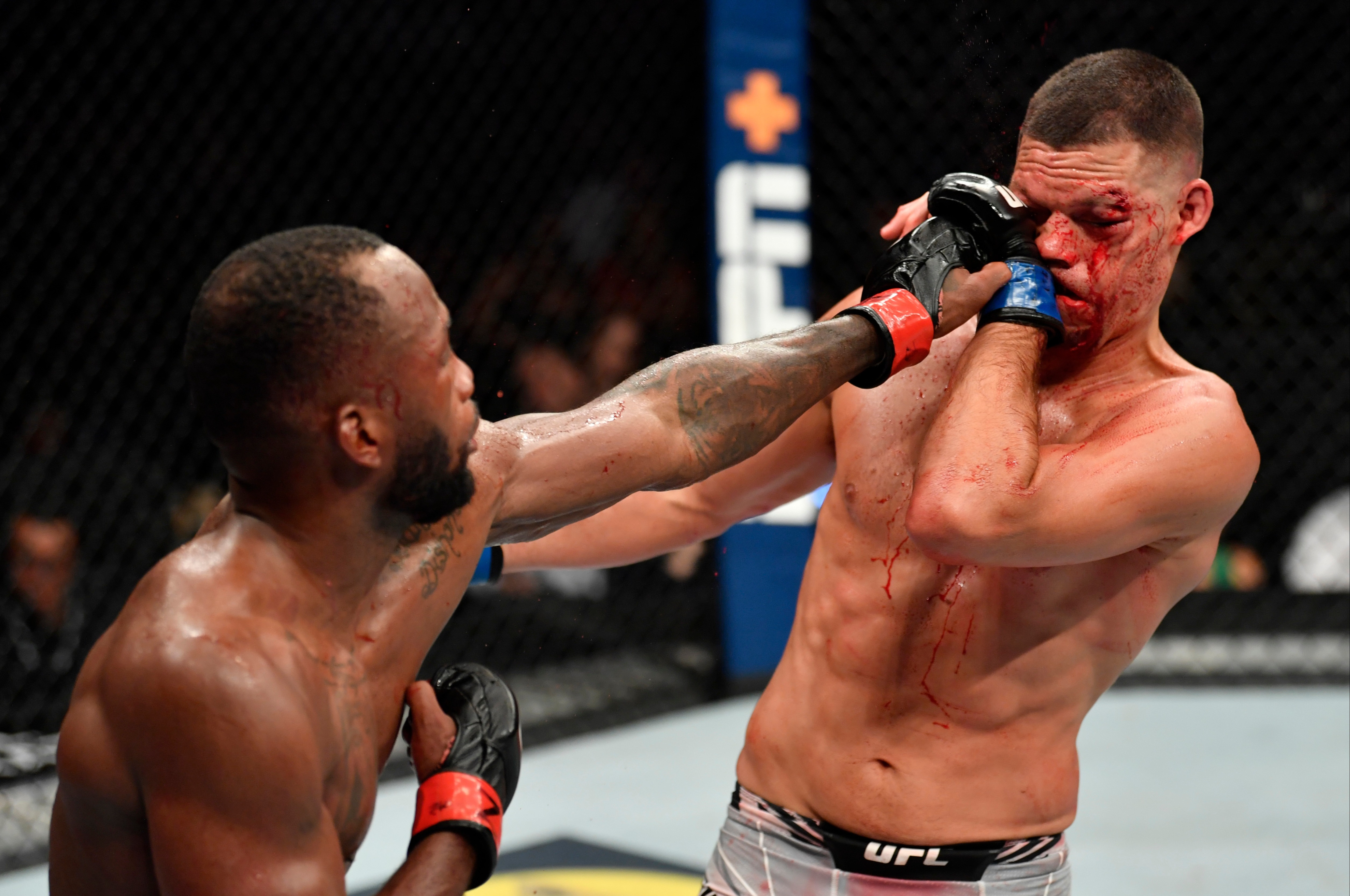 The next crack at Kamaru Usman's welterweight throne was dangled in front of 'Rocky' just days before his clash with the youngest Diaz brother.

And he grabbed it with both hands by putting a clinic on against the former UFC lightweight title challenger, whom he defeated via unanimous decision.

Diaz opened up the fight with some of his trademark gamesmanship, feigning interest and then attacking.

Edwards, however, soon began to establish his dominance with hard leg kicks and several straight lefts.

The kicks had a profound effect on the youngest Diaz brother, whose movement was immediately compromised.

Brummie bruiser Edwards continued to utilise his leg kicks in the second but mixed them up well with straight lefts. 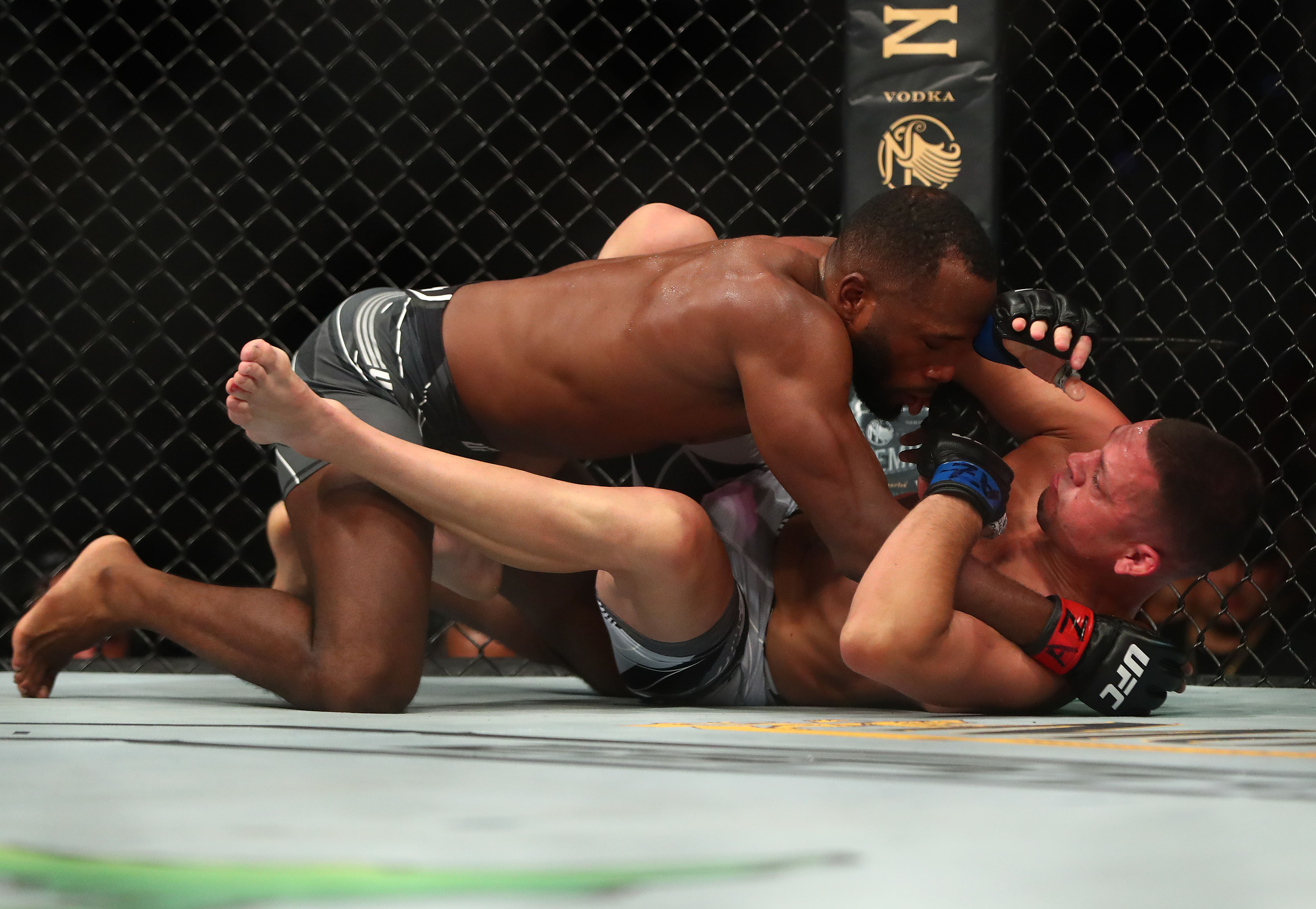 The kicks eventually forced Diaz to switch to southpaw in a bid to quell the pain.

Edwards continued to pour on the pressure in the third and showed his grappling prowess by taking Diaz down.

And the 29-year-old opened up two nasty cuts on the Stockton slugger with two nasty elbows from top position.

Herb Dean briefly stopped the fight due to a cup issue for Diaz. Edwards went to touch gloves after the restart but saw Diaz slap his hand away.

Edwards continued his dominance right until the end of the third round and punctuated it with a nasty spinning elbow. 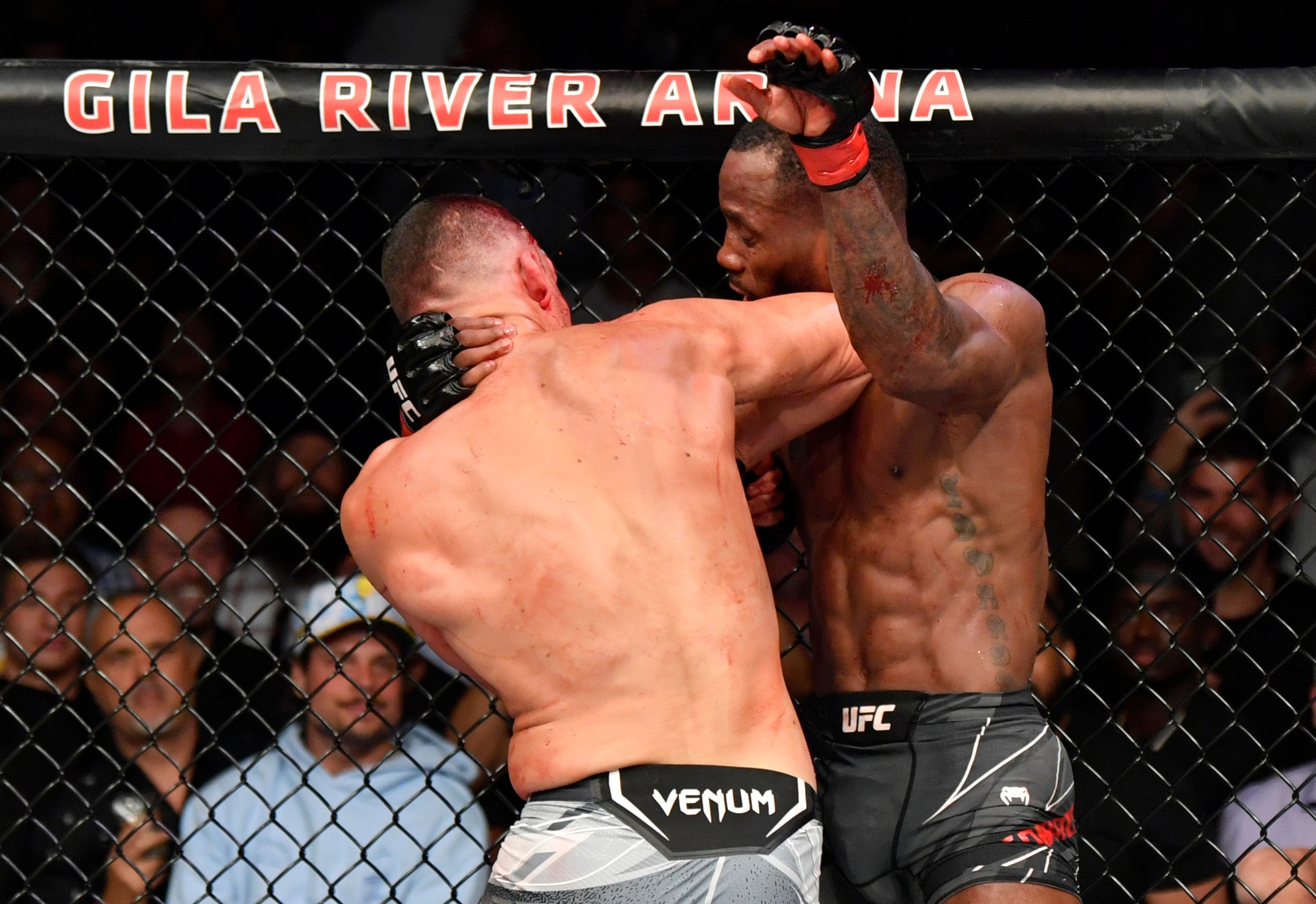 The Jamaican-born Brit continued to have his way on the feet in the fourth, although he did eat a big right one-two combo early doors.

Unfazed by Diaz's success, Edwards continue to brutalise the lead leg of Diaz with lightening-fast kicks.

And just as he did in the previous round, he landed another slicing elbow to draw more blood from the vet.

Edwards asserted his dominance immediately after the final restart, drilling Diaz with a piston-like one-two combo before flooring him with a beautiful Thai sweep.

The former BAMMA welterweight king locked to bank the fifth round until Diaz cracked him with a one-two through the guard.

Edwards' legs buckled and the Gila River Arena erupted in anticipation of a huge upset. 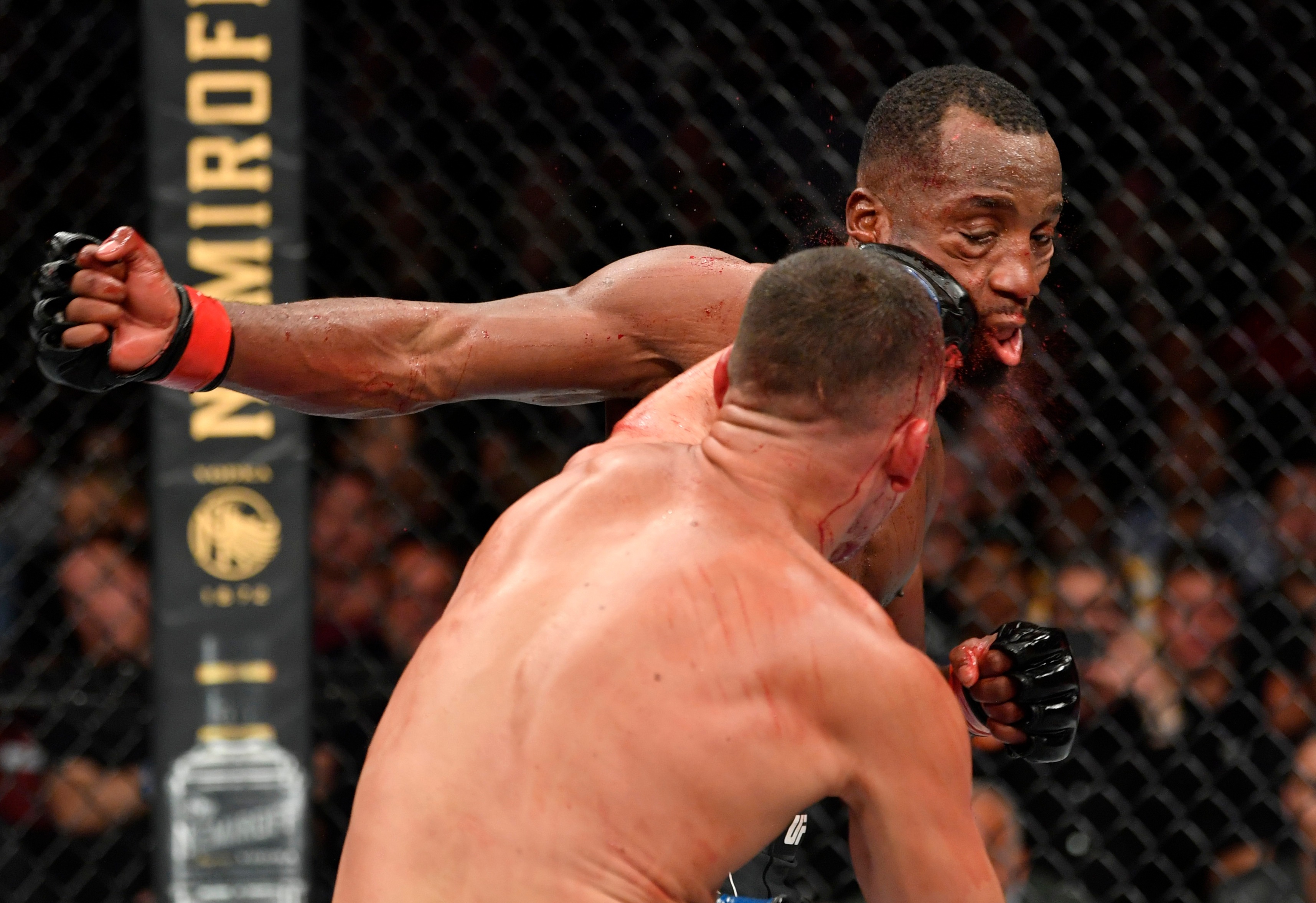 Edwards immediately went into retreat mode as Diaz desperately sought for one final shot to pull off an unlikely victory.

After the fight, Edwards was quick to give the durable Diaz his props, saying: “Nate’s a veteran, you know.

"I hit him with everything but the kitchen sink. So fair play to Nate. He gained my respect.

“I think I switched off in the the last minute and I got caught by the backhand.