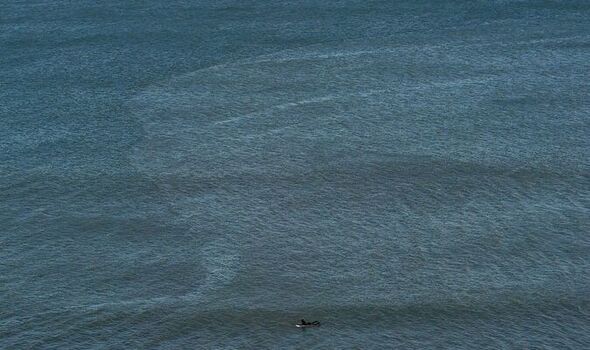 Untreated sewage was released for a total of nearly 2.7million hours, compared with 3.1million hours in 2020, data released by the Environment Agency (EA) yesterday (THURS) showed. Hugo Tagholm, chief executive of Surfers Against Sewage, said: “Water companies have been pumping untreated sewage into our waterways for millions of hours, and yet water company bosses have the gall to say tackling this “wasn’t on our customers’ priority list”.

“We’re pretty sure that customers haven’t been calling for eye-watering profits and salaries for industry executives but this never stopped them.

“These ill-gotten gains must be taken out of the pockets of industry fat cats and invested in protecting and restoring our rivers, and ending rampant sewage pollution.”

He said: “It is shocking but not surprising that once again we have to witness this disgraceful Walk of Shame, as the extent of how much raw sewage each water company has dumped into our precious rivers gets revealed.

“These levels of sewage pollution are wholly unacceptable and we need immediate action from water companies that is policed effectively by properly resourced regulatory agencies.

The government yesterday (THURS)  launched a consultation into its Storm Overflows Discharge Reduction Plan, which outlines a step change in how water companies tackle the number of discharges of untreated sewage.

The plan aims to eliminate 40 percent of raw sewage overflows into rivers by 2040, and will try to reach 70 percent fewer discharges into bathing waters by 2035.

Environment secretary George Eustice, said: “We are the first government to set out our expectation that water companies must take steps to significantly reduce storm overflows.

“Today, we are setting specific targets to ensure that those storm overflows are used only in exceptional circumstances – delivering on our Environment Act and building on wider work on water quality.”

But campaigners said the plan lacked a sense of urgency.

Sir James Bevan, Environment Agency chief executive, said: “Water companies have rightly been under increasing pressure from the Environment Agency, campaigners and the public for allowing far too many sewage spills into rivers, and we are holding the industry to account on a scale never done before.

“I am pleased that we are on course to have all overflows monitored by next year, but the present situation is simply not good enough. Water companies need to act now to reduce their overflows to the minimum possible.”