She worked with preschoolers, infants and their parents, “the mom that other moms looked up to.” She died of Covid-19. 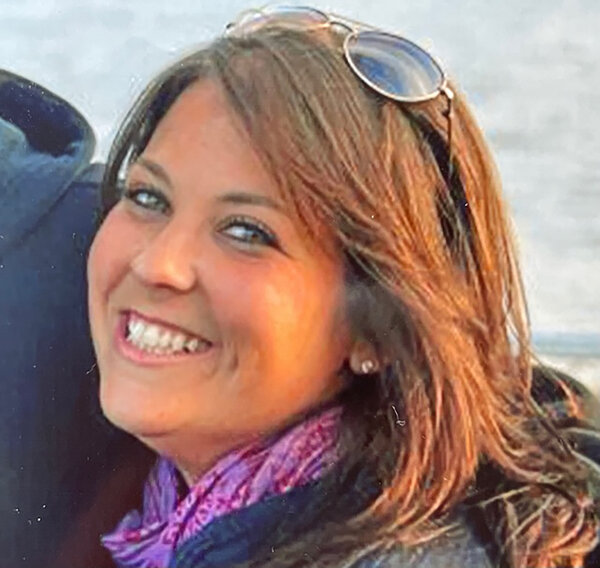 This obituary is part of a series about people who have died in the coronavirus pandemic. Read about others here.

When Valerie Cirillo-Bunch died of Covid-19, she left behind her own three children but also many more. She was all about children — as a child-care provider, a nanny and a practitioner trained to help new parents in the early weeks with their baby.

“She could corral 20 toddlers,” she said, “take them to the zoo, then to my mom’s pool to swim, feed them lunch and put them down for a nap and not even break a sweat.”

Ms. Cirillo said her sister, who lived in Tarrytown, N.Y., died on March 30 at a hospital in the Bronx. She was 41 and had been hospitalized for several weeks.

Ms. Cirillo-Bunch wore a number of child-care hats over the years. She taught for a time at a Christian preschool in Dobbs Ferry, N.Y. She worked as a nanny for some couples, provided day care to others and was certified as a postpartum doula, a person who assists with newborns in the home, teaching parents how to cope with the demands of infant care and helping with things like getting the child to sleep through the night.

“I would describe Val as being the model mom,” said Rebecca Predovan, who with her husband, John, had used Ms. Cirillo-Bunch for child care for their two young children. “She was the mom that the other moms look up to.”

Valerie Elizabeth Cirillo was born on Feb. 28, 1980, in Sleepy Hollow to Joseph and Janice Cirillo. She grew up in nearby Irvington, N.Y., and graduated from Irvington High School, where she developed a sizable circle of friends with whom she remained close. There were three sisters in the household: Val, Melissa and Samantha (now Samantha Cirillo-Hidalgo).

“She was always the mediator, the peacemaker,” Melissa Cirillo said, “the one to bring everybody together in good light.”

Valerie married Sean David Bunch in 2010. Their two oldest children, Donte and Cole, now 11, are twins who were born prematurely and spent almost three months in the hospital; their mother was there for much of that time, too. The younger child, Giselle, who is 8, was “her barnacle,” Melissa Cirillo said. “She was by her side every step of every day.”

In addition to her sisters and children, Ms. Cirillo-Bunch is survived by her husband and her parents.

Ms. Predovan said Ms. Cirillo-Bunch had had a knack for making her clients’ children feel as if they were part of her family, not just charges she was watching over, and for adjusting to an individual child’s needs.

“She made the best-case scenarios happen for every child in her life,” she said.