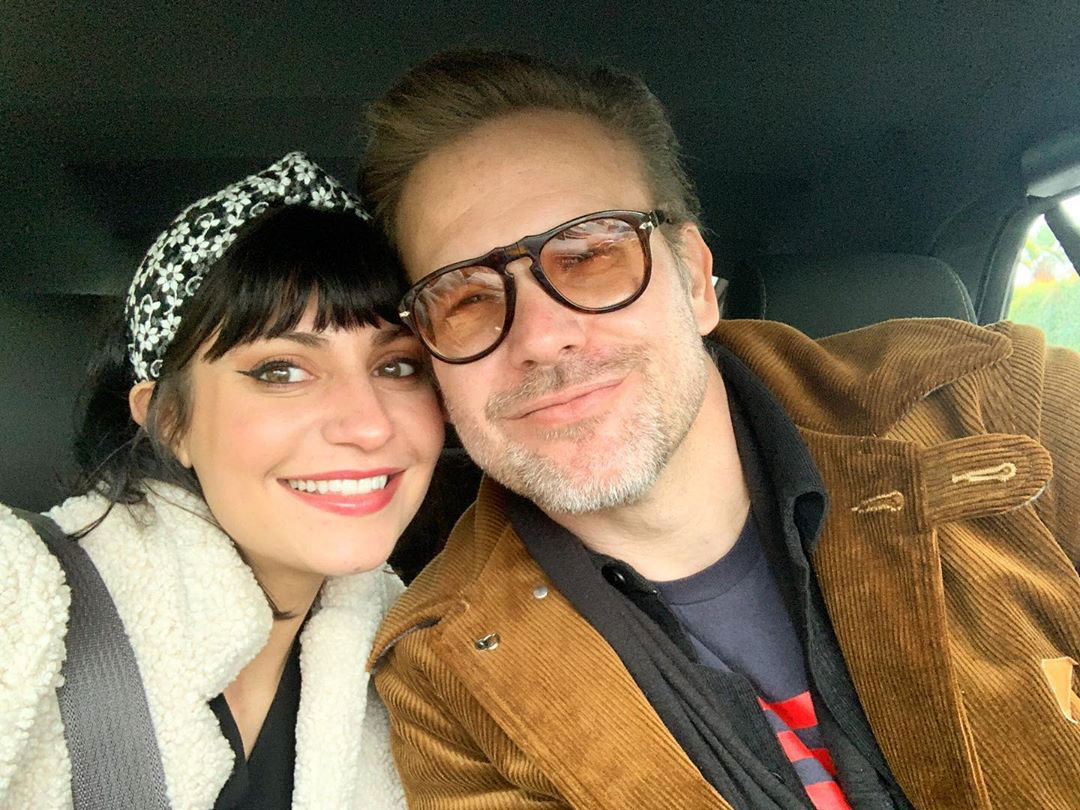 The actress, 27, last showed her social media followers her baby bump on March 10. “Nothing says thrill like having a baby during a pandemic,” the Georgia native captioned an Instagram mirror selfie at the time, her budding belly on display in a black tank. “37 weeks. Cookin for cuteness.”

She and Davis celebrated their “sweet baby’s” impending arrival with a baby shower earlier this month.

Casciano and the actor revealed her pregnancy in September 2019. “Arriving 2020!!!” the Utah native wrote via Instagram at the time.

The social media upload featured an ultrasound shot, little boots and two onesies reading, “S–t just got real,” and, “And then there were five,” referencing the couple’s two dogs.

Casciano posted a similar shot at the time, writing, “Arriving April 2020. #babygirl.” She then shared a photo of three positive pregnancy tests on her Instagram Story, noting that she was 13 weeks along.

When one of the pregnant star’s followers asked about her birth plan, she replied, “All birth is natural. I will deliver in a hospital though not at home, and it’s important (for me) to remain open and flexible as far as ‘birth plans’ go. You can have a drug-free birth (I think that’s what you mean by natural) or unassisted anywhere. Doesn’t have to be at home.”

Davis and Casciano wed in December 2018 just hours after the Legacies star proposed in an organic food market.

“When you ask your lover if they want to get married while shopping in the produce section of Erewhon, and 3 hours later you’re married on Christmas Eve Eve,” he captioned his Instagram announcement at the time. “Thanks to Abbot Kinney [Boulevard] for the last minute provisions #AVeryMarriedChristmas.”