Vandals spray painted “TRUMP” and “MAGA” on six headstones at a Jewish cemetery in Grand Rapids, Michigan, according to CBS Kalamazoo affiliate WWMT-TV. 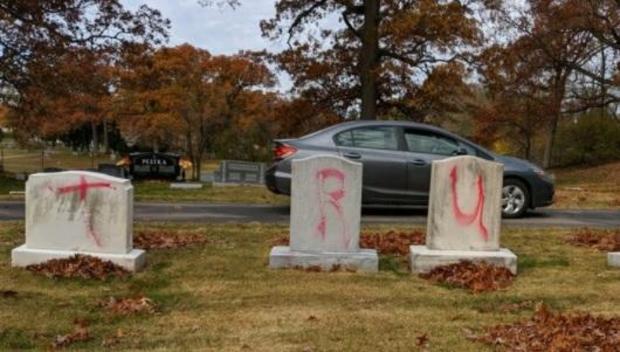 Other than the red spray paint, no evidence was left at the scene.

Noah Arbit, founder and chair of the Michigan Democratic Jewish Caucus, said in a statement that, “The desecration at Ahavas Israel is evocative of the febrile political atmosphere our country finds itself in right now. But it doesn’t have to be this way.

“Time and again, the President of the United States has sided with anti-Semites, white supremacists, racists, and bigots of all kinds. Now, our country is paying the price.

Tomorrow, we will end it.”